The next revolution in fine art sculptural media

Since the 1960s, Bruce Beasley’s cubic works in bronze have been included in international museums such as the Museum of Modern Art and the Guggenheim, placed in the most discriminating private collections, and installed in major civic spaces of urban capitals worldwide. In May 2008, Beasley’s circular works were prominently featured at the Beijing Olympics and in August 2013, five ringed environmental works were installed in outdoor locations on the UC Berkeley campus.

Never an artist to let past success stand in the way of creative discovery, Beasley here debuts what may well be the next revolution in fine art sculptural media. A state-of-the-art 3D printer, using Autodesk software, responds to Beasley’s subtlest digital calibrations, laying down detailed ribbons of hot liquid plastic in ascending layers to effortlessly realize the complex, expressive ideas embodied here. 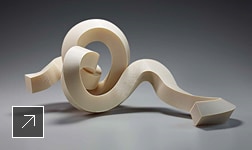 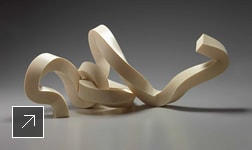 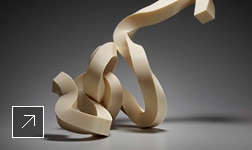 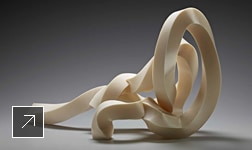 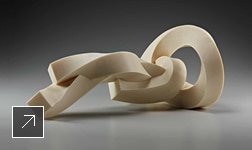