A coral reef’s extraordinary biodiversity is an essential oceanic ecosystem. However, elevated sea water temperatures are causing unprecedented damage to coral reefs, including mass coral bleaching events like the one that killed between 29-50% of Australia’s Great Barrier Reef coral in 2016 and 2017. Bleaching occurs when environmental stressors, particularly warm water temperatures, cause corals to expel symbiotic algae living inside them, turning the corals white, and often killing them. In the past 30 years, these mass coral bleaching events have become increasingly frequent and severe.

As a rebuilding solution to the aftermath of the most recent global bleaching devastation, Australian Coral Biologist, Dr. Taryn Foster, founded Coral Maker to develop a new method for coral reef restoration on a large scale using 3D design, additive manufacturing, and robotic automation, in conjunction with traditional masonry manufacturing.

The thing is, current restoration efforts are manual and slow-moving—it can take as long as 10 years for coral transplanted from existing colonies to grow their own adult-sized skeletons. Coral Maker’s method speeds up restoration by using traditional dry-cast masonry manufacturing to mass-produce limestone skeletons and grafting live coral onto seed plugs. The seed plugs are then transplanted onto the skeletons using a robotic arm and artificial intelligence (AI). When deployed in the ocean, the live coral will recoat the manufactured skeletons and have the potential to reach adult size within 12-18 months, rather than the much lengthier 3-10 years.

Autodesk Fusion 360 was used to design and 3D-print prototypes of the dome-shaped coral skeletons, seed plugs, seed plug trays, and a custom tamper for shaping the skeletons within standard brick-making machines at the Technology Centers.

After the COVID-19 lockdowns sent Foster back to Australia, the streamlined cloud-collaboration features of Fusion 360 helped the global team stay on track. Taking advantage of additive and subtractive resources wherever possible, they continued to prototype the dome mold. The initial simulated research  using a robotic arm to seed the skeletons with live corals helped determine that the use of AI-assisted robotics would work better than fixed automation. With the combined speed of dry-cast masonry manufacturing for the skeletons and automated coral seeding, it was determined that Coral Maker could potentially produce thousands of skeletons per day at a low price point.

However, with many billions of corals in the Great Barrier Reef alone, in order to significantly impact worldwide reef restoration, Coral Maker would have to play a larger part in a larger industry with scaled production and various people specializing in different areas. And because restoration needs are already daunting, and if ocean temperatures continue to rise over the next decades, coral reef building may need to be relocated from the tropics to high latitude “fringe” reefs. In order to accomplish that effectively, reef restoration needs to be scaled up to a large, organized effort.

Coral Maker is currently preparing to test the seeded coral skeletons in the water to help determine the size and placement of the coral fragments as well as assess how that varies among different species. This data will inform the testing of the robotic seeding process. The global Fusion 360 team also completed Phase one of the design for a mobile robotic seeding unit housed in a shipping container. And once complete, Coral Maker’s automated seeding technology could potentially be transported to various locations around the world. 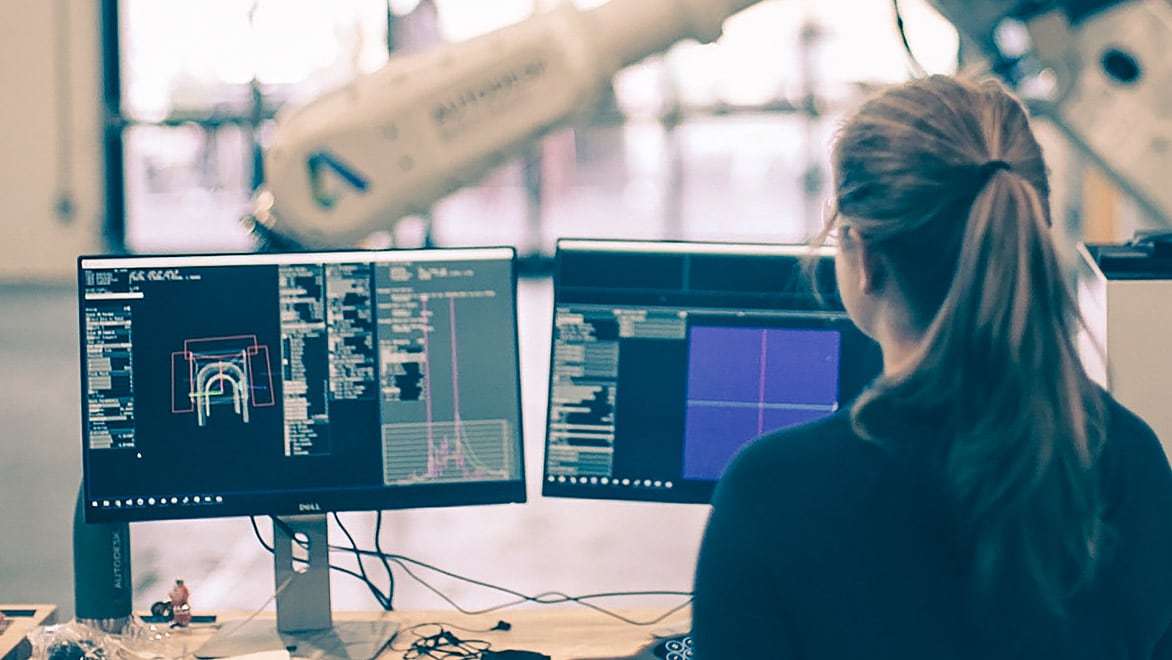