Part 2: Making Room for Arches and Ribs on Capitals

In Part 1 of this series, we learned to identify the main parts of a vault, and we created a wire- frame model of a four-part vault that is 1 x 1 units in plan, to study its geometry and proportions. In this Part 2 we are going to enhance that model by introducing the space that is necessary at the supports, to accommodate the base of multiple arches starting at the same point.

But actual stone arches cannot start at a point as these arcs do at points A, B, C, D. Each arch has some thickness and a specific place on top of the capital.

In the wire-frame model above, there are three arcs starting at each corner. One diagonal (which will be a rib) and two pointed arcs (which will be two arches), like this:

Now what happens if we put another vault next to this one? Now there are two supports with five arcs, while the others have three.

And what happens if there are four vaults together, like this? Now there some supports that have three arcs, some that have five, and one at the center that has eight. That is the maximum number of arches and ribs starting from a support in Notre Dame. In plan, it looks like this: 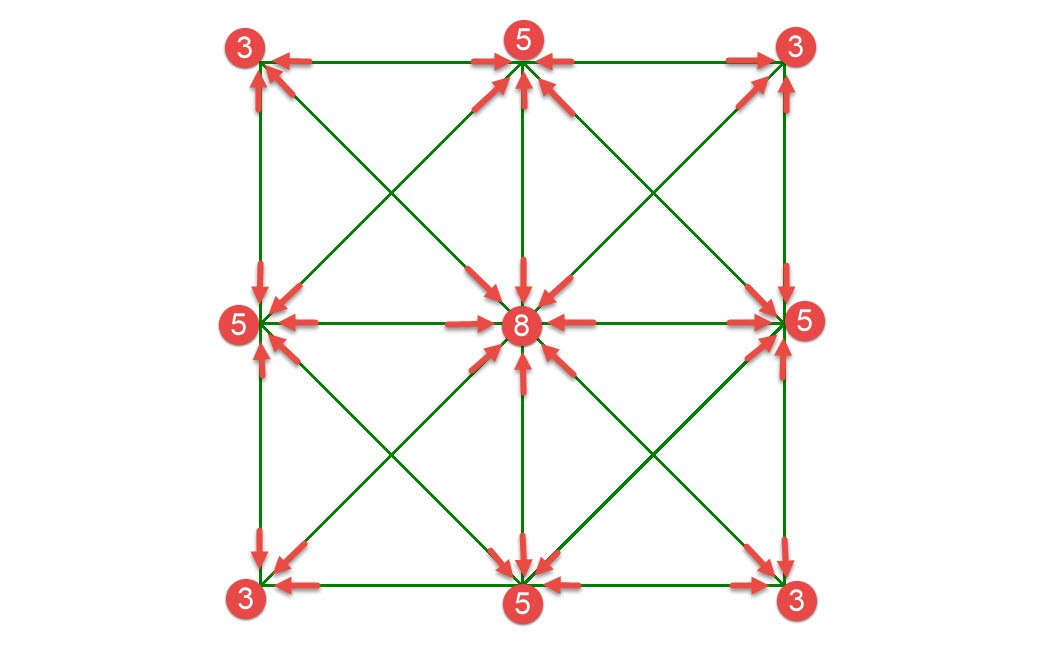 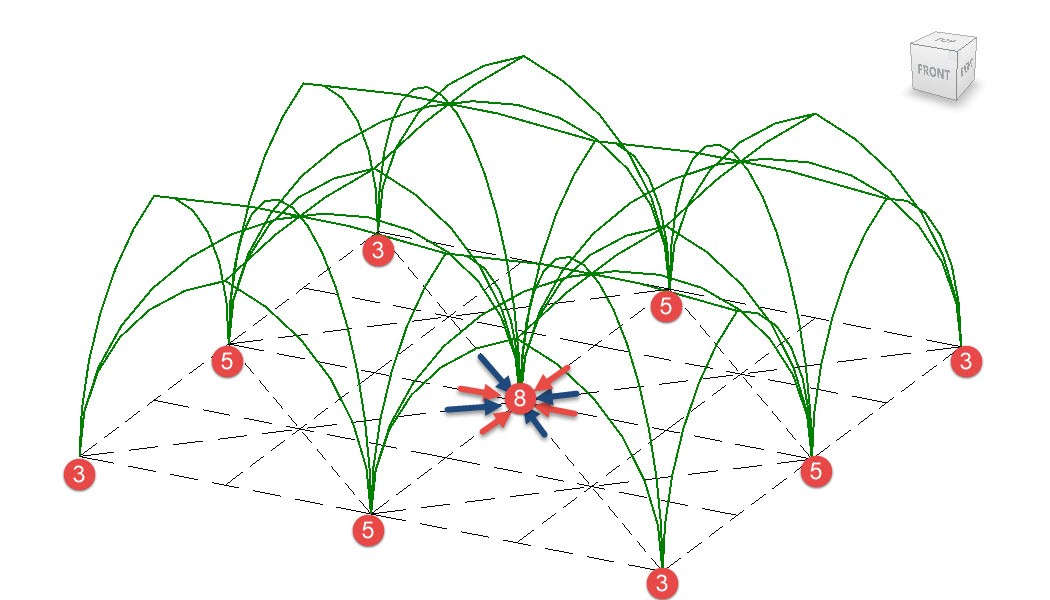 And if you were inside the Notre Dame cathedral, if you looked up to the capital of one of those columns, like the one marked with a number eight above, this is what you would see: four ribs and four "double" arches starting at the same capital. 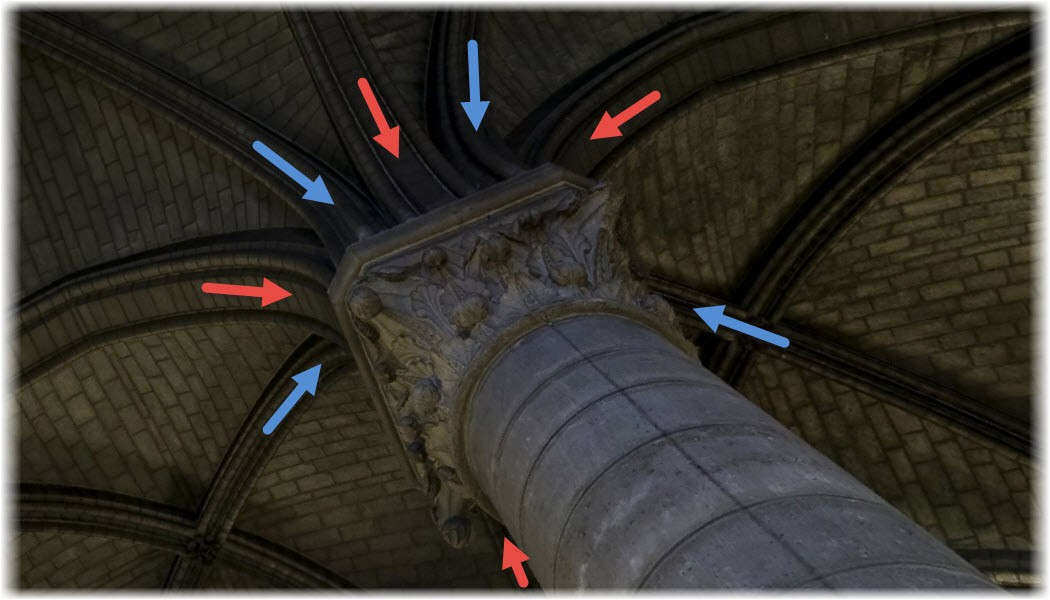 Therefore, we need to modify our initial ideal prototype model, including either a regular octagon or a circle at each support, making the arcs and diagonals start from the vertices of the octagon or from the intersections of the circle with the diagonals and edges. The size of the circle or octagon could be driven by a parameter, to adjust it according to the size of the capital. The apex point (height of ribs) and the height of the arches need to be calculated again. But we already know the proportions and how to draw it. Like this: 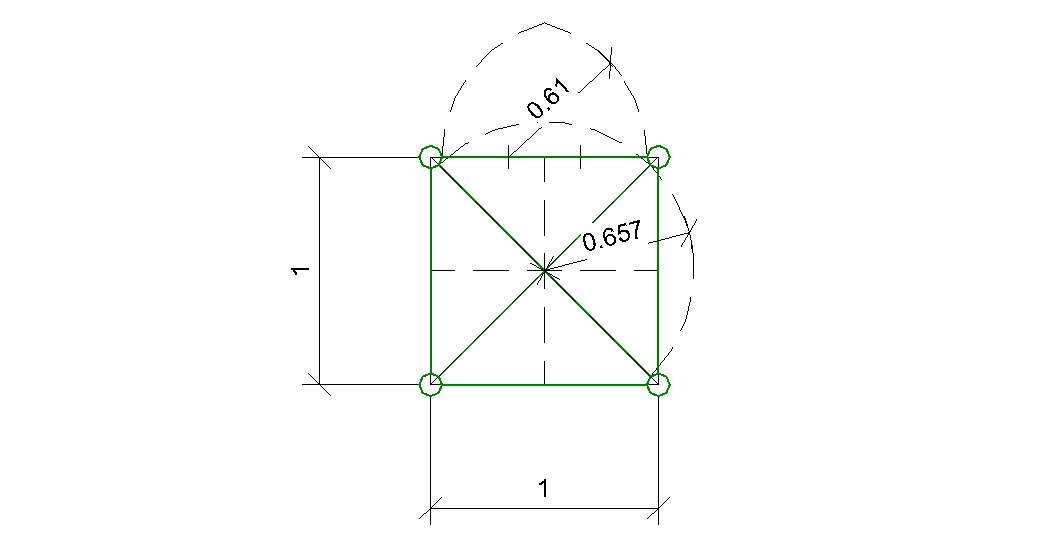 In 3D view, our wire-frame model now looks like this:

And the group of four vaults, in plan view, looks like this: 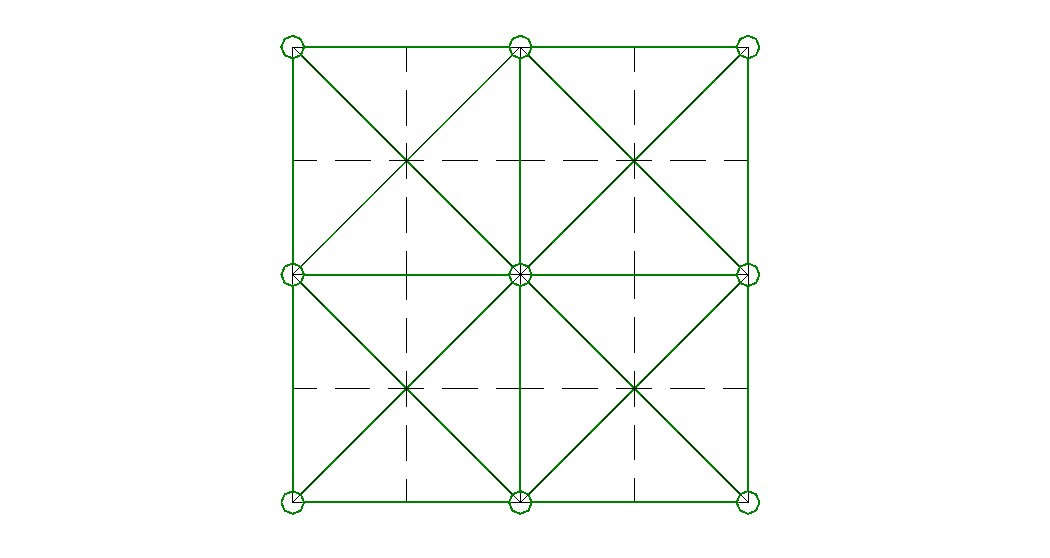 In the 3D view, now we see that all ribs and arches have some space in between to co-exist on top of a capital. 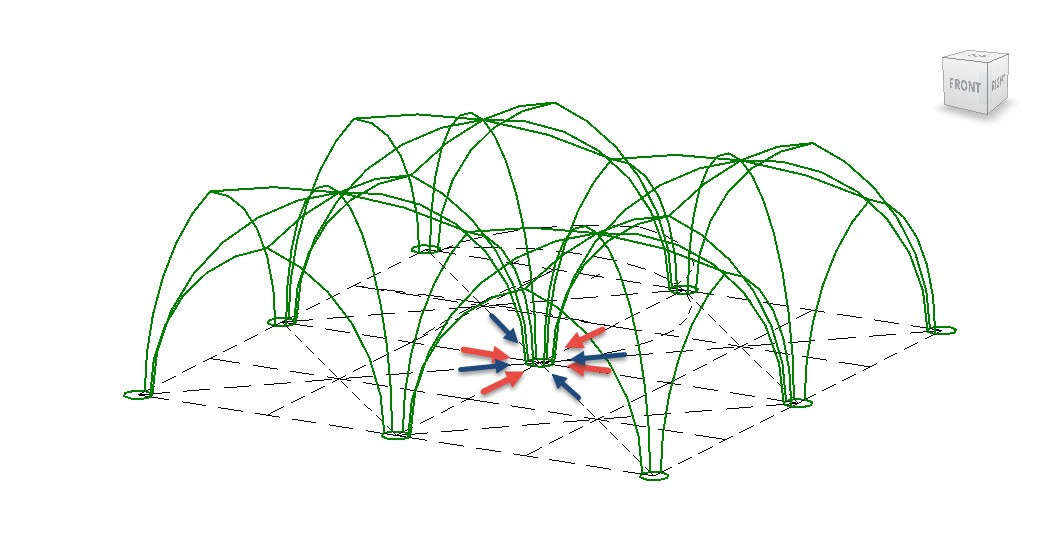 Because this, below, is more or less what happens when you have multiple stone arches starting from the same capital. (Illustration by Viollet Le-Duc, from his Dictionary of French Architecture). 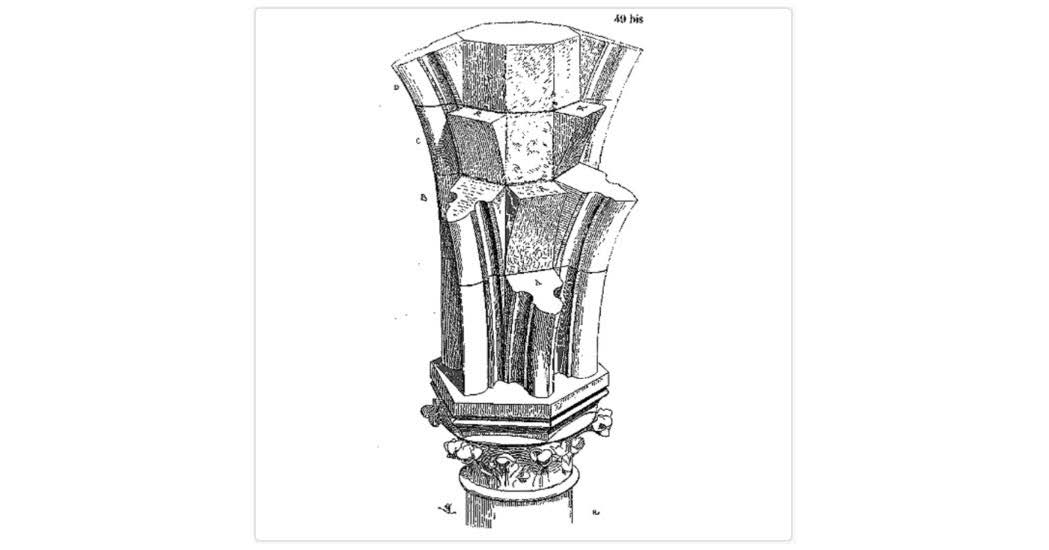 Alfredo Medina is a very experienced and knowledgeable BIM / Revit professional with a background on architecture, high skills in training, troubleshooting, technical support, parametric modeling, extraction of quantities, definition of standards and best practices, clash detection, and coordination of large BIM projects. Alfredo has several years of experience and a reputation as an expert due to his participation in forums and international conferences. Parametric Modeling of Vaults for Notre Dame in Revit
Bookmark
Bookmarking is temporarily disabled. Check back in a few hours.