The New Champion of Innovation

From being single in New York City to GoogleX to revolutionizing new frontiers in the hardware tech community, in my recent interview with Shaun Stewart, CEO of New Labs just might change your mind about this new era in innovation.

Shaun Stewart: The vision to build New Lab started from insights David Belt & Scott Cohen, our Co-Founders, had from their network in New York of entrepreneurs working with frontier technology. If you will let me stray briefly if you live in New York, there’s a high likelihood you have a range of friends in your social network that is single, and what you consistently hear from them each individually is that there are no other single people in NYC, despite the fact that you personally know a long list of them. David and Scott experienced something similar with entrepreneurs in NYC building companies around frontier technology – they all claimed the network and ecosystem in the five boroughs was weak even though they knew it to be the opposite. The community of entrepreneurs working in these fields was active; however, a center of gravity for them, a community, and convening location that also provided a support network to increase their likelihood of success was missing. That conclusion was the start of the New Lab story – that the five boroughs needed a physical home and platform for these entrepreneurs, providing the right support, programming, connections, and guidance.

What was the driving force to cater to hardware, and not just make a space for software?

For decades, software was the primary vertical that start-ups belonged to, in terms of investment made and the number of start-ups themselves. Part of the reason was simply the ease in forming one, with cloud computing and open-source software substantially reducing the cost of operations. But recent years saw the rise in accessibility and cost of hardware tools like 3-D printing and laser cutters alongside low-cost, open-source hardware enabling rapid prototyping, thus an increase in hardware start-ups. We witnessed that movement in New York as well, and as it became clear frontier technology entrepreneurs needed stronger community and support ecosystems, it was also apparent that many of the companies in frontier technology were either entirely focused on hardware development or had some hardware component to their overall strategy. As a result, we wanted to increase their likelihood of succeeding across many factors. Still, one key one was providing a complete offering of tools that the individual entrepreneurs could not afford but also to ensure those tools were in one central location, open 24 hours a day, 365 days a year, ensuring we could maximize the agility of each entrepreneur. There is over $7M worth of prototyping equipment here at New Lab, but not only that, but it’s feet from the desks and offices of the teams that need them. We now have over 750 entrepreneurs based here, and New Lab serves as an independent site for them – the thinkers, innovators, and engineers to converge, ideate, and prototype together. Resources for serious hardware companies, and not just community-led makerspaces which were not technically specialized enough, were scarce in New York City and New Lab from day one sought to fill this void.

What has the experience been like for New Lab over the past few years?

Since October 2016, New Lab has grown from 23 startups/120 entrepreneurs, with a total collective valuation of $175 million, to 140 companies/750 entrepreneurs valued together at more than $2.8 billion — a more than 15x increase — with over $400 million in exits along the way. During that journey, it became clear we had developed a robust support platform and community that was well received by these entrepreneurs; we had a waiting list for space. We had been 96% occupied since opening. However, it also became clear there were additional opportunities around investment due to the number of acquisitions that occurred and the overall valuation growth per company. We also started to hear consistently from government and corporate leaders who wanted to partner with our community to innovate around their opportunities and problem sets but with the same agility that we witness at New Lab daily. As a result of these insights, we expanded the leadership team, starting with my addition as CEO, after 6+ years in California at Airbnb, Google X & Waymo. We recruited a CMO, CBO, CPO, and a Venture Partner all within the last nine months. This team has been developing and executing the right strategies to take advantage of these additional opportunities ranging from the development of our own venture fund to invest more aggressively across the community but also to develop our Studio Model which connects entrepreneurs to public and private leaders in an effort to address large-scale challenges across a range of sectors, such as urban development, retail, and quantum computing. As we look forward, we will be scaling these endeavors both here in Brooklyn but also looking at how we can take the New Lab approach to new cities across the globe.

Do you see the economic shifts impacting hardware in general, and how members of New Lab operate?

For any company, there are always factors outside of our control that can impact the business. Part of our role at New Lab is to serve as a resource to these growing, nimble start-ups so that they can adapt to the dynamics of the industry.

What is the most fun part about being the CEO of New Lab?

Every day I get to work with an incredibly talented group of entrepreneurs who are developing some of the most captivating technologies that are changing the world. In comparison, during my three years at Google X, I worked solely on the autonomous vehicle project. I did not have the bandwidth or time to learn about all the other amazing, innovative moonshots occurring day-to-day. Here at New Lab, it’s my job to know about all 150 start-ups, the technology involved, the product vision, and the overall impact it could have on our society. That is something I would do for free, to be honest! From electric motorcycles to smart agriculture, to solutions for autonomous vehicles, 3-D printed rockets and more — our community of entrepreneurs at New Lab is leading the charge to take us into a new age of frontier technology. Being able to play a part, no matter how big or small, in their journey and in increasing their likelihood of success, to help them build and scale their solutions, while also providing opportunities to apply them in the real world through our studio and corporate programs is so fulfilling. There’s never a dull moment.

What drives the vision for New Lab?

It is, unfortunately, somewhat like asking which of your children you love the most; there is a range of hardware tech initiatives and opportunities that are occurring at New Lab that excites me a great deal. Our partnership with IBM to launch a range of convenings at New Lab to bring together all the relevant stakeholders regarding quantum computing has been incredibly eye-opening. We have member companies here like SeeQC working to bring quantum computing processing power (and the required error correction) to specific challenges, and the more I get exposed to the potential of quantum, the more I feel it will be a groundbreaking development regarding some of the planet’s most significant challenges. Obviously, with my background working on autonomous vehicles, I always remain intrigued by the various technologies being developed around mobility. We have New Lab member Optimus Ride, which is running New York’s first commercial autonomous vehicle service, starting here in the Navy Yard, but also New Lab is the home for JUMP, Tarform, Civilized Cycles, Carmera, CLIP, and many others. We have also partnered with X & Y, to launch New Lab Farm, providing the required facilities and resources to support entrepreneurs working in agricultural technology. This includes companies like Farmshelf who build smart indoor farms for restaurants to reduce the cost & environmental impact of the produce we eat daily. The average head of lettuce travels more than 1,800 miles to get to New York for someone to eat a salad – I am thrilled to see brights minds are looking for a better way. That’s a few of many hardware tech areas that I am motivated by daily. 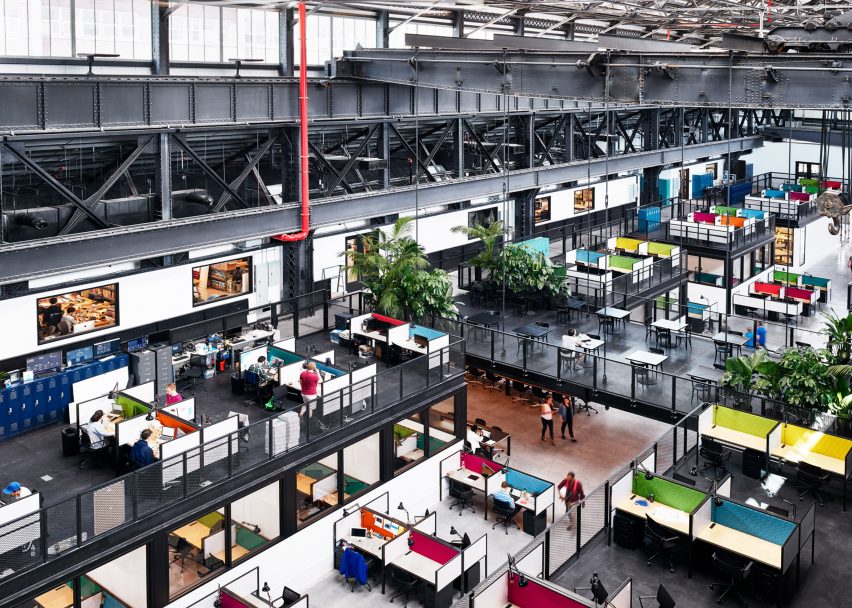 What have your experiences been like learning the skills necessary to steer a ship like New Lab?

Working with some of the largest tech companies in the world today, especially early in their development as they began to scale, that are also leaders in their industries — like Waymo, Airbnb, Expedia and more — I’ve had a unique insight into what makes for a successful organization, both inside and out, and how in an innovation era, companies can stand out from the pack. Through years of experience leading corporate enterprises as well as growth-stage companies, I’ve developed an approach to innovation that integrates, often, unlikely partnerships and external resources that not only set a company up for success today but also positions them for sustained success in the future. Now, I am taking lessons learned throughout my career to lead the next era of entrepreneurs at New Lab to foster new partnerships with corporations, academics, cities, and other stakeholders to accelerate the future of frontier technology.

Are you ready to start your newest innovation with your company? Try the only Unified CAD, CAM, CAE, PCB, and collaboration software platform in the industry…Fusion 360.  Download today: