In a time of rapid changes in technology, consumer behavior, and the ongoing impact of the global pandemic, the demand for entertainment has exploded. People all over the world are seeking out fresh stories and more compelling experiences. In this environment, the award-winning animation studio LAIKA stands out with its captivating productions and unique handcrafted aesthetic. The company is adopting advanced technologies that blend the physical and digital worlds to better coordinate productions that involve hundreds of artists, thousands of shots, and complex schedules across multiple years.

Engaged in a labor of love

Most animation studios today rely completely on digital visual effects, using software all the way from preproduction through designing, rigging, and animating characters. But far from Hollywood, the Portland, Oregon-based studio LAIKA is synonymous with the handmade, artisanal charm of stop-motion animation. The company is known for its Academy Award-nominated films Missing Link, Kubo and the Two Strings, The Boxtrolls, ParaNorman, and Coraline.

“Stop-motion is one of the earliest filmmaking techniques,” says Steve Emerson, VFX supervisor at LAIKA. “It uses real physical sets and real puppets that are manipulated in very subtle ways across individual frames. And everything is shot in-camera.” When played sequentially, stop-motion shots form animated stories with a uniquely warm quality that’s hard to achieve digitally. 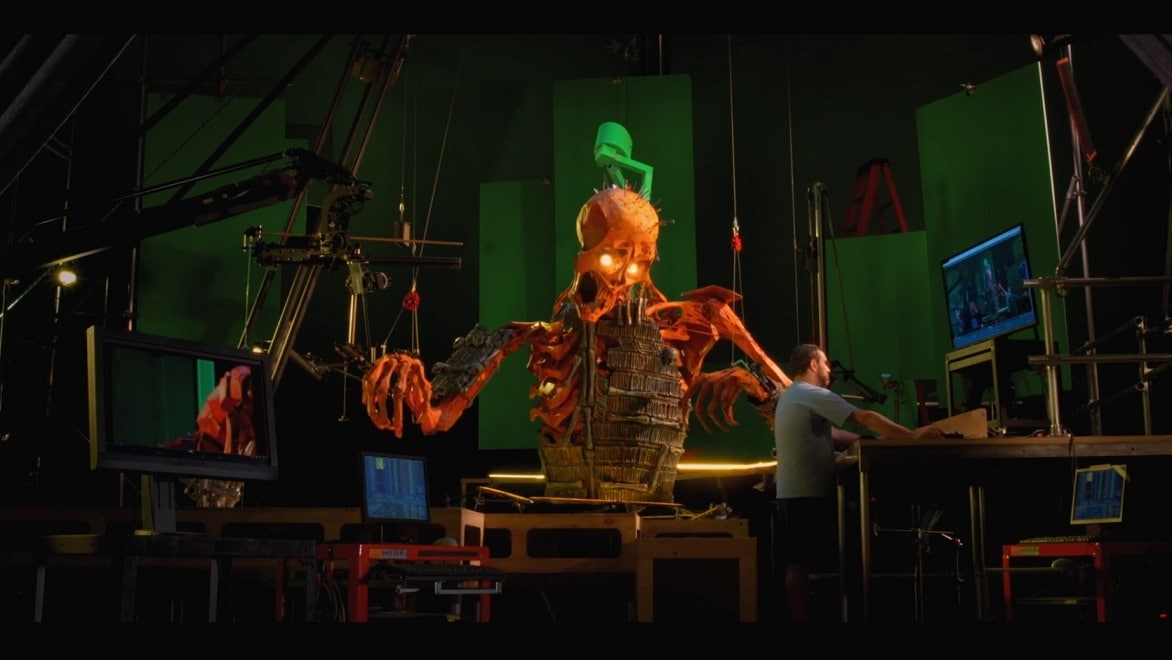 Watch the video (30 sec.) to see LAIKA’s unique, handcrafted designs, including the 16-foot-tall Giant Skeleton created for the BAFTA award-winning film Kubo and the Two Strings. Image courtesy of LAIKA.

“It’s a magical art form, but it’s also very technical, and incredibly time-consuming,” Emerson says. “Every frame involves a lot of thought and a lot of effort. So we blend CGI into our productions—because at the end of the day, we want to harness the best of both worlds.”

Of course, a production begins with the puppets: “It starts on paper, 2D art,” Emerson says, then the character is translated into a digital sculpt using Maya. “Once it’s approved by the director, it gets handed off to the armature team to create the skeleton in the body of the puppet, which is what lets the animators control and pose it frame by frame. Using Inventor, they look at modular components from our library to see what they’re going to need in terms of things like balls and sockets and joints to create a given armature, or if they need to fabricate something custom or bespoke.

“In the end, a lot of the armatures are composites of modular and custom components,” Emerson continues. “Those components are soldered together to create the armature and slipped into a nice cozy silicone body sleeve to drive the puppet’s performance.” Altogether, it takes about nine months to manufacture a puppet, from the moment a director approves the digital character design to the animation-ready puppet being carried out to the set. 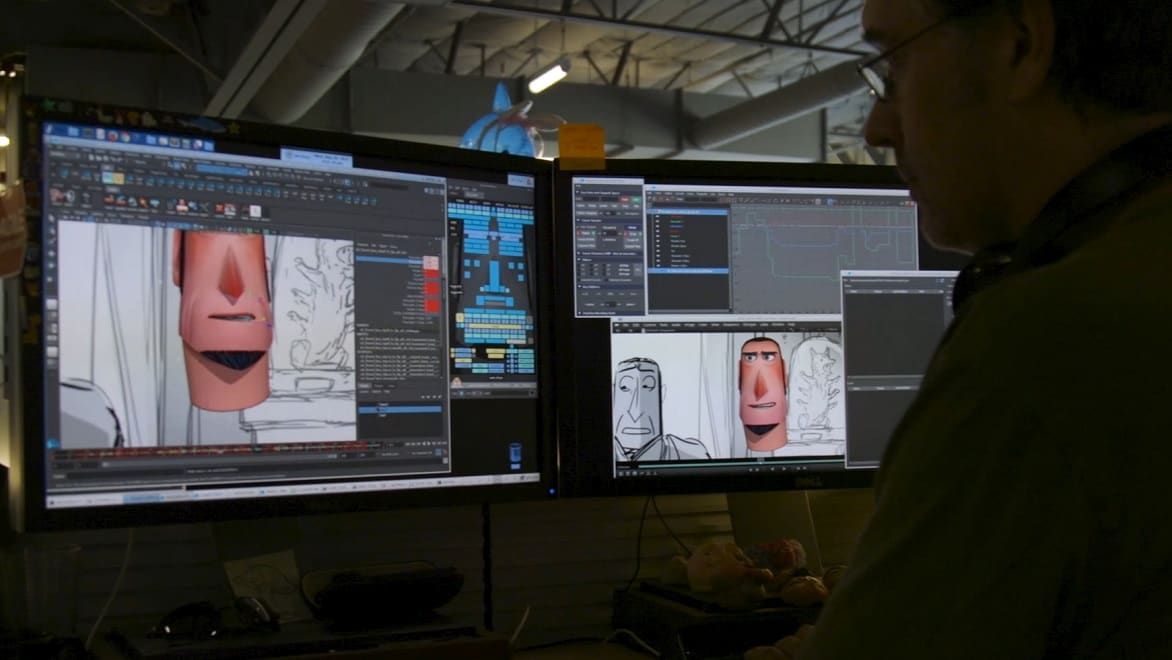 Character design begins with sketches, which are then translated into digital models used to develop the physical puppet. Image courtesy of LAIKA.

Beginning with Coraline in 2009, LAIKA began using 3D printing to fabricate the expressions for the film’s characters. These individual faces are placed on the puppets, one after the other, to bring the characters to life in the stop-motion animation process. “We use Maya to create thousands of facial expressions,” Emerson says. “Then, instead of hitting render at the end of creating an asset, our animators just hit print.” When a new expression is needed, this custom manufacturing process allows the animators to create a new face in a day. For 2019’s Missing Link, LAIKA 3D printed more than 100,000 unique facial expressions.

In addition to building incredibly detailed puppets and sets by hand, they’re also created virtually by the visual effects team. VFX are designed to mirror the handmade quality of the physical designs. “With CGI, we can go beyond what’s possible in the physical world—and in combining it with stop-motion, our movies don’t lose their unique and artistic aesthetic,” Emerson says. 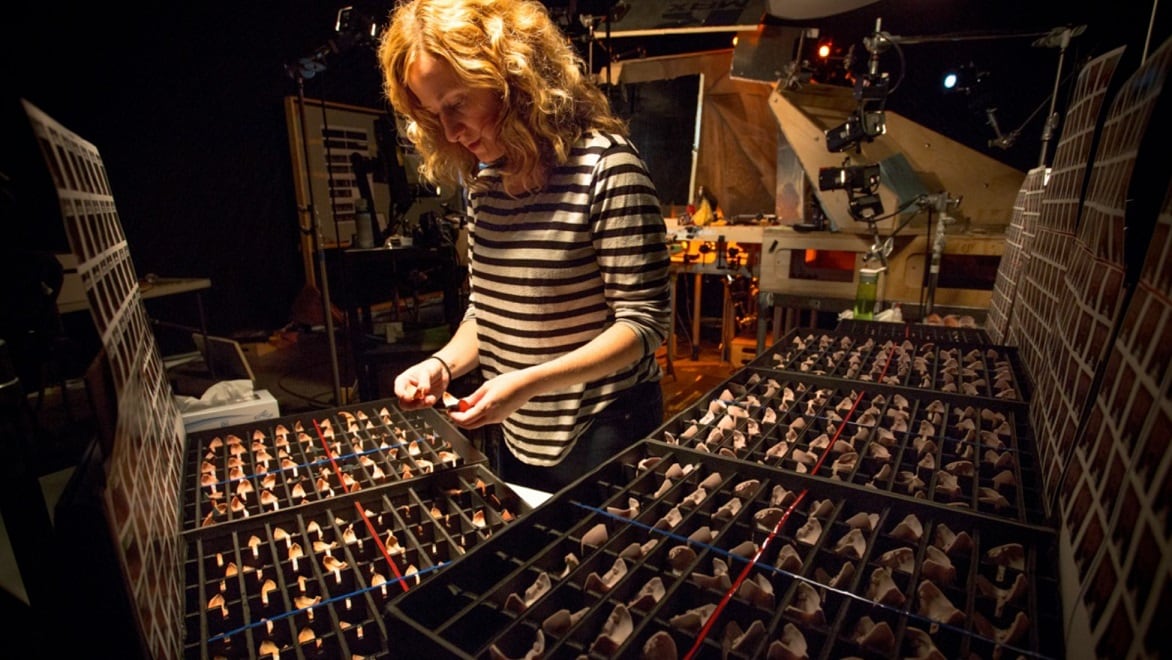 LAIKA 3D prints thousands of individual faces to animate the expressions of a puppet, which must be carefully tracked throughout the design, fabrication, and animation processes. Image courtesy of LAIKA.

Balancing the real and the virtual

“After drafting the script, we storyboard, create animatics, fabricate both digital and physical assets, and ultimately shoot a scene with physical assets on stage,” Emerson says. “Then we typically add digital elements and finally assemble the complete shot digitally.” For every single element of a film, the LAIKA team makes a conscious decision whether it will be created digitally or by hand, driven by the needs of the story.

Over the years, LAIKA has developed a set of rules about what should be real or virtual: “If it’s a lead or speaking character, they’re almost always hand-animated stop-motion puppets,” Emerson says. “We want to get as much in camera as we can. But once we move beyond the immediate environment, the hero performance, and everything that’s touching the character that’s the focus of the shot, all bets are off. That’s where I come into the discussion,” to evaluate the options for VFX. 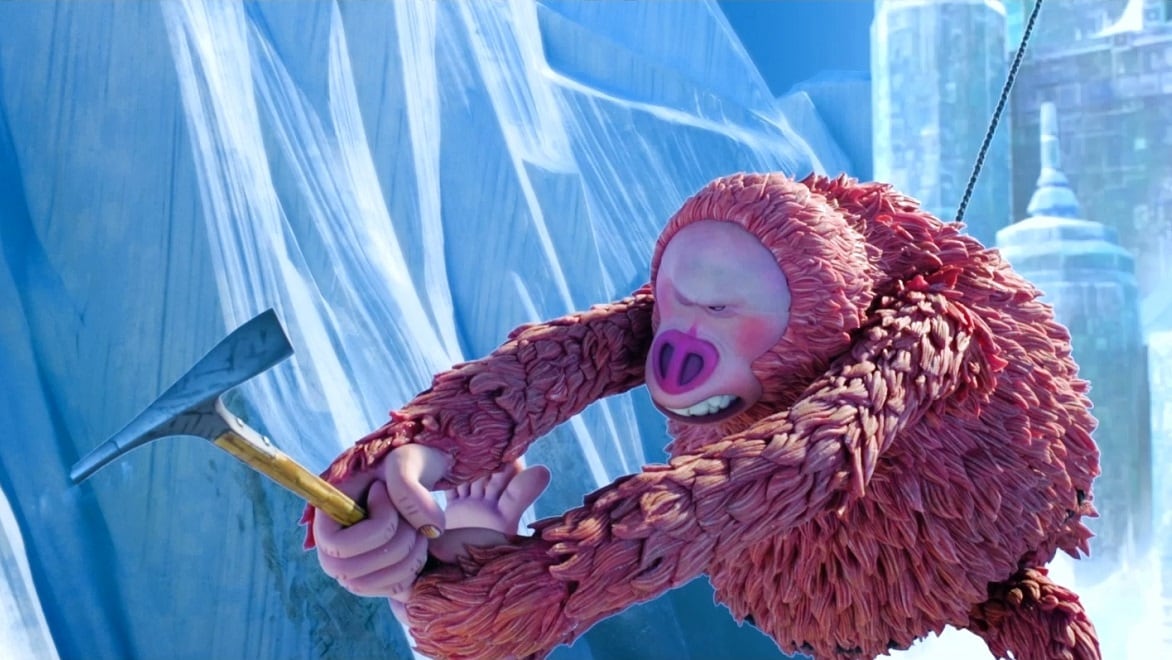 Watch the video (1:15 min.) to see how character performances are created with hand-animated stop-motion puppets and blended with digital elements to complete a shot. Image courtesy of LAIKA.

LAIKA’s blend of physical and digital filmmaking makes each production a big, complex task—involving hundreds of artists and thousands of shots, all over the course of multiple years. To pull it off successfully requires a massive amount of coordination. “For that we use ShotGrid [formerly Shotgun Software],” Emerson says. “We adopted ShotGrid after Coraline and honestly, I don’t know how we lived without it. There were 3x5 cards on cork boards, Microsoft Project, Excel spreadsheets, schedules. There was information everywhere. It transformed everything for us.”

LAIKA built an efficient production pipeline with ShotGrid, with connected workflows to track both digital and physical production of thousands of assets—from tiny props to entire sets—and coordinate the efforts of all the people involved. 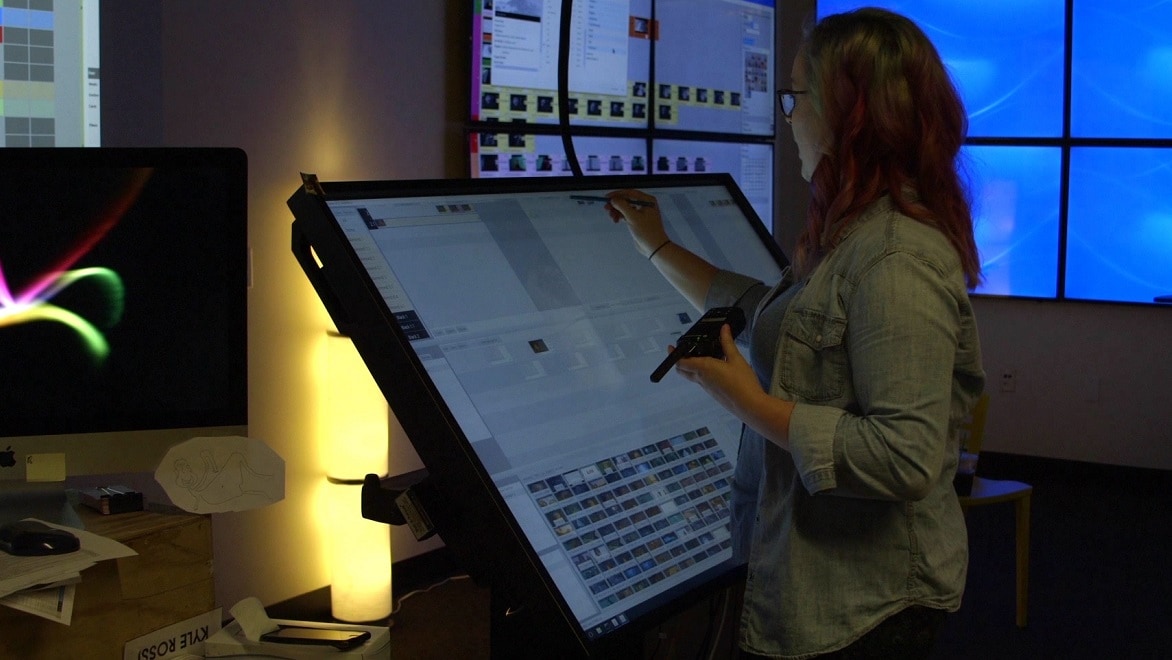 The studio has also started to deploy Generative Scheduling in ShotGrid, which uses machine learning to generate and test scheduling scenarios based on a production’s needs. “Since the generated schedules are highly optimized, they don’t waste a second of anybody’s time,” Emerson says. In planning the studio’s next film, the team used generative scheduling to level a schedule of 12,000 tasks involving 60 unique resources, delivering a schedule in minutes.

Emerson also envisions using new technologies like artificial intelligence (AI) to help LAIKA further blend the physical and digital aspects of production. “We use some pretty crazy rigging systems in order to be able to get really nuanced performances out of these puppets,” he says. “To get a machine to recognize those rigs, so we can paint them out in post-production and create mattes efficiently—I think that's where we're headed. We’re trying to eliminate tasks that artists aren't crazy about doing.”

Augmented Reality (AR) is another tool that can help push boundaries. “In stop-motion, there's never enough puppets or sets,” Emerson says. “Oftentimes, we have to shoot performances on green screens. AR means being able to have a digital representation of those sets, line up a puppet, and then remove the green screens on set and show a director what the shot composition will be. It would be a game changer.” 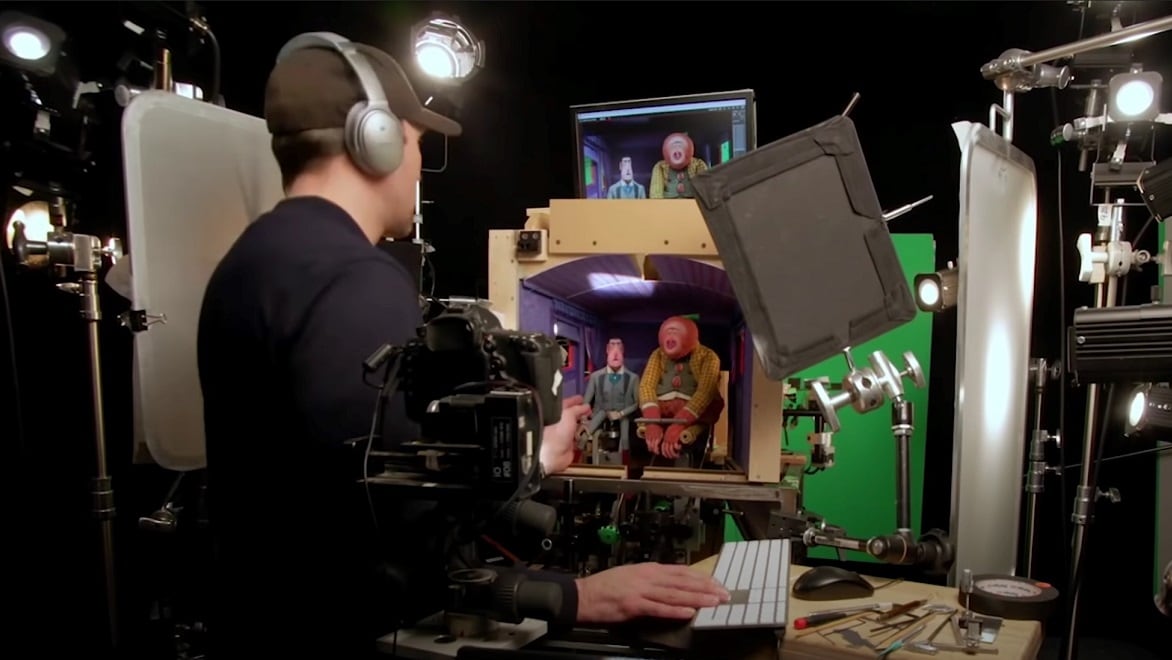 And as the studio plans for upcoming films, the LAIKA team is always trying to raise the bar creatively. “We want to push stop-motion as far as we possibly can,” Emerson says. “How can we make it truly exceptional and visually beyond anything that audiences have ever experienced before?” By integrating technology into its pipeline, LAIKA offers its artists more freedom to dream up the fresh stories and innovative experiences that audiences crave—and make them bigger, richer, and more immersive.