When Scottish Canals, Glasgow City Council, and Scottish Water came together to create the Glasgow Integrated Water Management System under the wider umbrella partnership of the Metropolitan Glasgow Strategic Drainage Partnership, they had a radical idea - to turn North Glasgow into a “sponge city”, utilizing long-neglected canals in an ecologically friendly way to absorb, hold, and move water.

Want to see more? Take a beautiful paddleboarding tour around the canals. 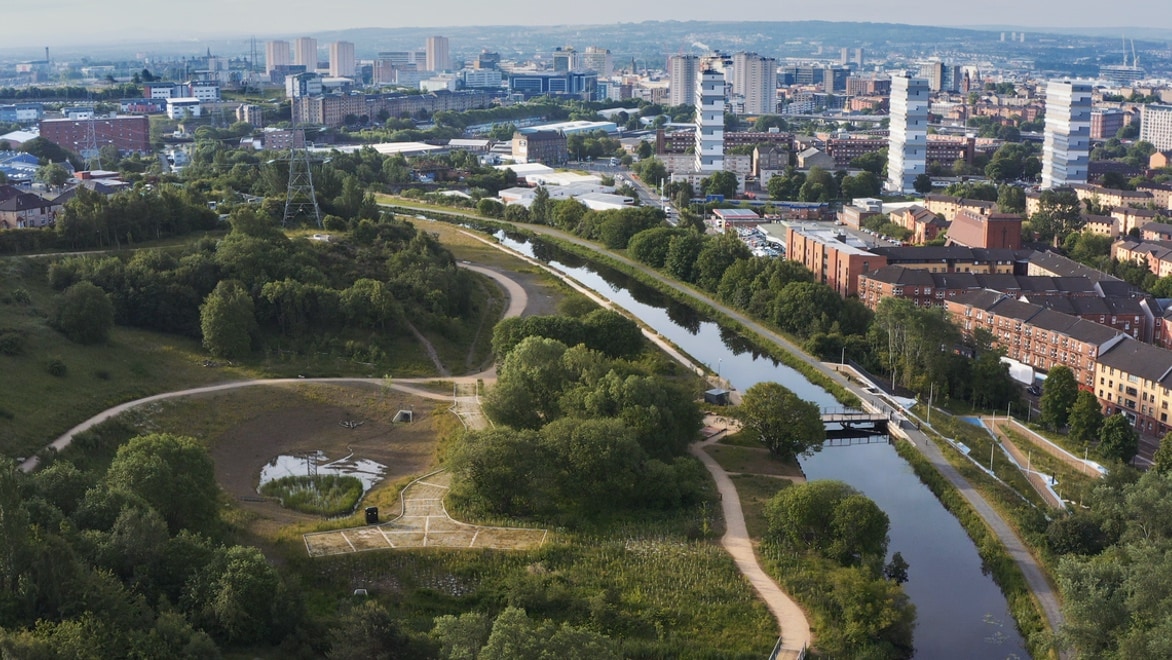 The 38-mile-long canal weaves its way through North Glasgow.

Reviving a marvel of the Industrial Age

The Forth & Clyde Canal that runs through North Glasgow was a marvel of its time when it opened in 1790 - the world’s first sea-to-sea canal. Built over 22 years without the benefit of railway lines or major roads, it represented the height of progress at the time.

But by the 1960s, the world had long since moved on. Parliament extinguished rights of navigation and officially ended trade on the canals, which slowly began to fall into disrepair. “They became contaminated, they became abused, they became places that people considered to be unsafe,” says Peter Robinson, Head of Engineering at Scottish Canals.

But this decline came to end at the turn of the 21st century with the implementation of the Millennium Link and restoration of the navigation, which opened in 2001 and led to ongoing redevelopment and regeneration across the canal corridors, which continues today. 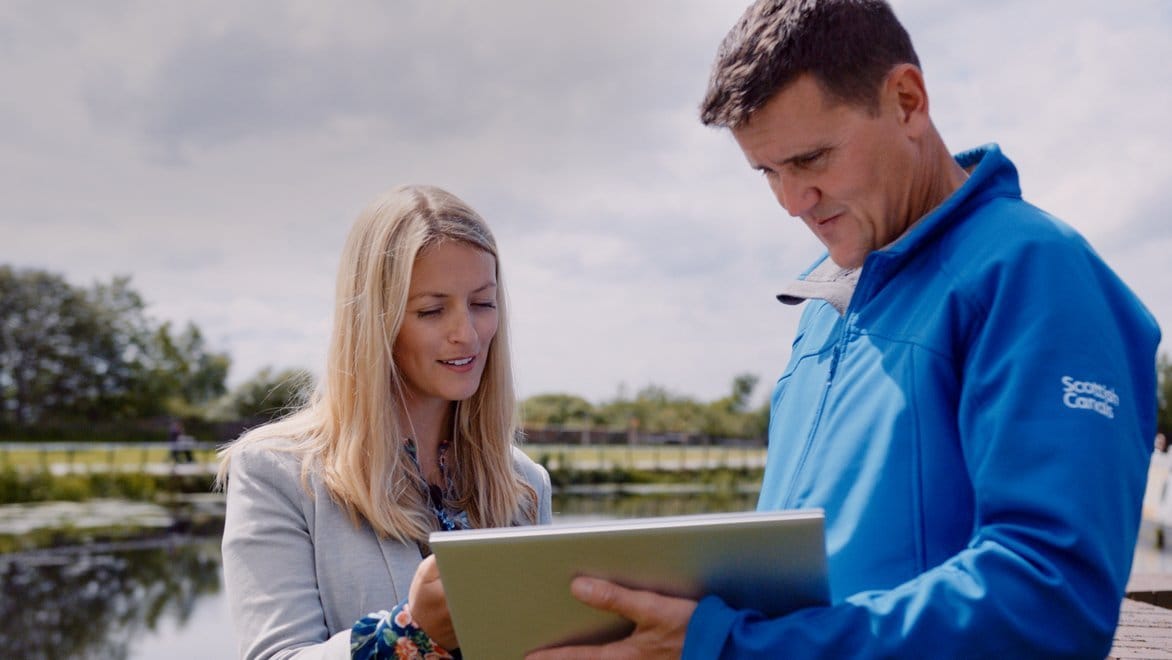 Working with AECOM, one of the world’s largest infrastructure consulting firms, Scottish Canals developed a set of scenarios to explore capturing the water from rainfall events and the steps they would need to take to return the canal to its normal operating level after each event. They chose InfoWorks ICM and ICMLive to help them carry out their many use cases.

To create that Digital Twin, water quality, flow, and level data is collected by an integrated control system. This is combined with live and forecast weather data from the UK’s Met Office and transferred to ICMLive, where it is used within a data model developed by AECOM to optimise operations and control water levels in the canal on a massive scale in real time.

During normal, day-to-day operations, locks along the canal maintain water levels at 47.9m AD (above datum), allowing comfortable navigation for pleasure boating, paddleboarding, fishing, and a range of other activities. But when a storm looms on the horizon, the software gets to work:

Once activated, water is safely removed from the canal through watercourses and into the natural water environment in a controlled and managed process, in advance of rainfall to ensure there is no increase of flood risk. Runoff into the canal can then be accommodated with water being treated and attenuated through a network of newly created urban spaces, comprising of both natural and urban granite ponds and features. 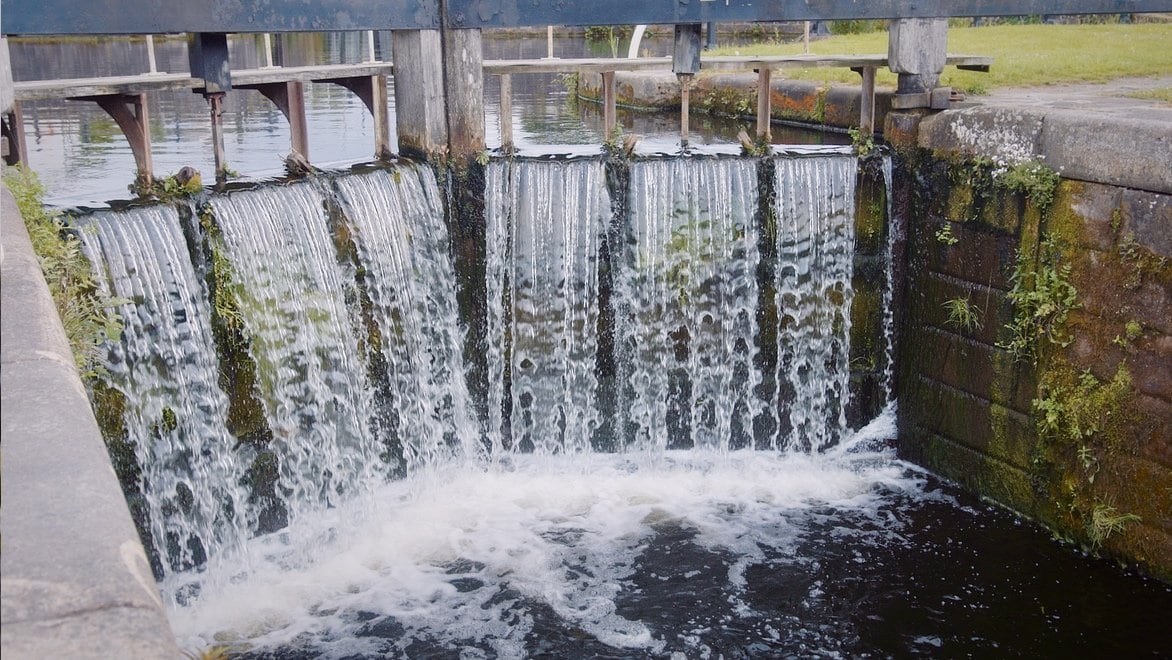 Water levels can be safely controlled via sluice gates and locks.

The big difference 10 cm can make

When preparing for rain, the water level can be taken down to 47.8m AD and still be navigable. This 10 cm difference creates a significant amount of excess storage capacity for surface water run-off, providing up to 55,000 cubic metres of water storage during an extreme weather event - the equivalent of 22 Olympic swimming pools.

The software is used to predict runoff volumes to the canal from forecasted storm events. These predictions can be used to confidently reduce the water levels in the canal to provide the required storage volume mitigate flooding while minimising unnecessary discharge to the River Kelvin. Additionally, this aids in the refilling of the canals in accordance with regulations and without incurring penalties for over-abstraction. 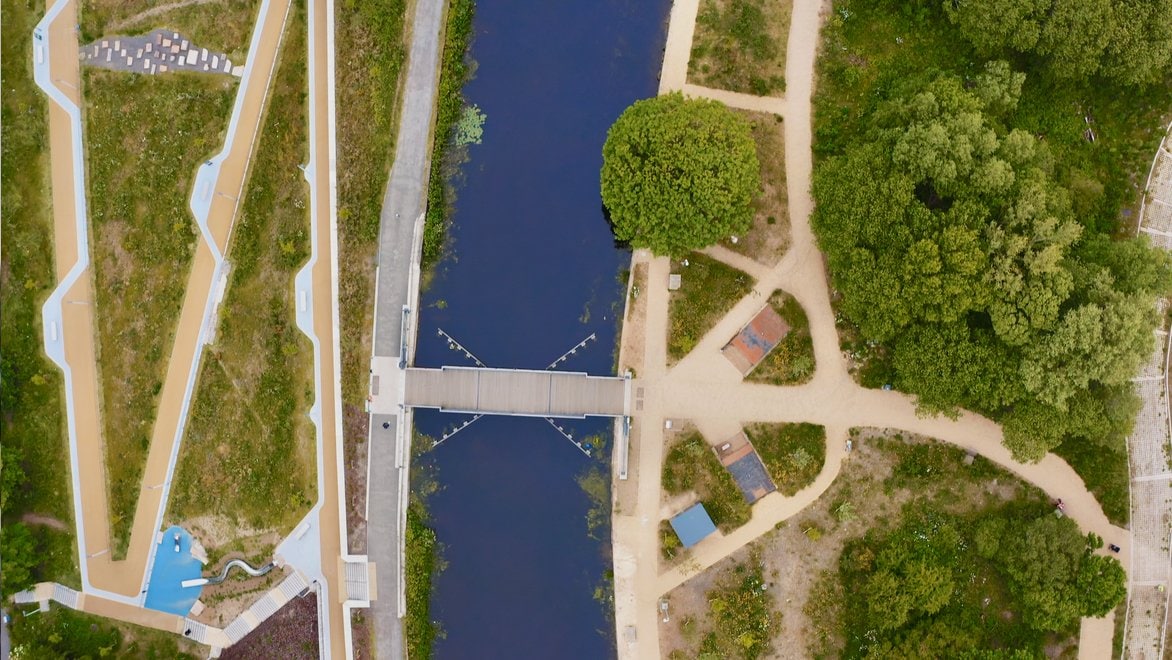 The project has led to a flood of new pathways, playgrounds, and places to explore.

Thanks to their considerable planning to work through scenarios using these software simulations, at the end of a storm, Scottish Canals has plenty of triggers and controls to ensure that the water is always returned to its normal level - to find the balance they need.

“As an engineer, being able to look at a digital representation of the canal, to understand exactly what’s going on at a certain point in time, is really valuable to us,” says Robinson, “Without that software, the project just couldn’t exist.” 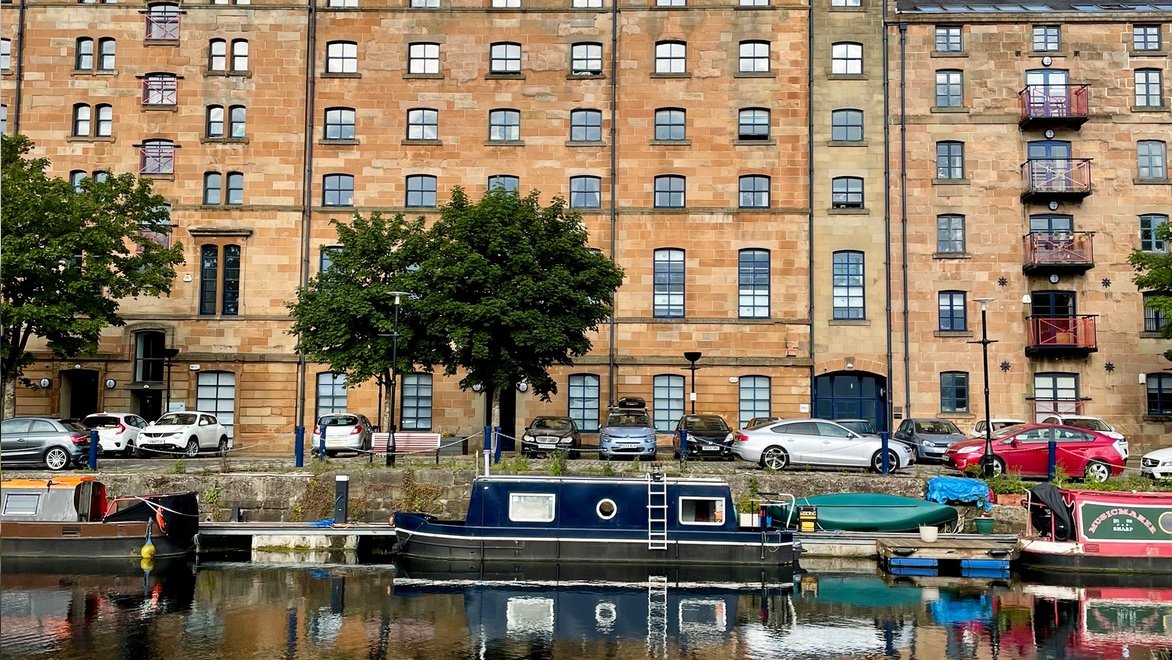 New businesses, more housing - including a community of houseboats.

A haven for both wildlife and people

By combining top technology with innovative thinking, the city of Glasgow has been able to meet its ambitious regeneration plans, without negative impacts on the environment or its residents.

“A key aspect was to reduce the uncertainty for development,” says Robinson. “This scheme gave developers the confidence to come.” The radical transformation of the canals did, indeed, bring them to the table, unlocking 110 hectares of land for investment, regeneration, and development of over 3,000 new homes and businesses in North Glasgow.

“It is very exciting to see such smart technology in operation in Glasgow – one of very few examples in the world – and we can look forward to it playing a key role in the continued regeneration of Glasgow’s Canal and the north of the city,” says Councillor Susan Aitken, leader of Glasgow City Council.

Justifying the canal's existence in the 21st century

As Aitken notes, the canal’s rejuvenation has kick-started more growth. Over the next 10-15 years, they’ll be enhancing connections to the Forth & Clyde Canal to five adjacent neighbourhoods. Cycling across the newly opened Stockingfield Bridge and along the canal, you can clearly see the canals’ rapid transformation happening. It’s becoming a thriving, welcoming space for houseboat dwellers, runners, birdwatchers, kite flyers, kayakers – a haven for people and nature alike.

And because they chose to pursue a sustainable approach instead of constructing a traditionally engineered, concrete-rich drainage solution, at the end of this decades-long project they will have effectively avoided incurring 5,000 tons of capital carbon and 500 tons annually by repurposing existing infrastructure to minimize the impact on our environment.

“The climate is changing and the world has got some big problems coming at us. I think everybody is really starting to wake up and realise that,” concludes Robinson. “This project demonstrates the solutions that are out there. We’ve justified the canal’s existence and its purpose in the 21st century.”

Have a look around the canals