Bridging the gap between custom and standard

GEA makes large-scale industrial processing systems for the food, dairy, and beverage industries, among many others. Many of these systems use similar components, such as pumps and valves, in unique ways. Using Autodesk Inventor, iLogic automation technology within Inventor, and Autodesk Vault, GEA’s OneEngineering program outputs “model enhancements” to give internal teams the ability to create custom systems automatically from standard components—simply by adjusting design parameters.

This process adopted by GEA has enabled them to significantly streamline processes–at times reducing engineering time from three weeks to two hours.

Even if you’re not a GEA customer, you’ve likely enjoyed the end result of their solutions. GEA technology helps produce one-third of the world’s chicken nuggets and half of its beer.

Based in Dusseldorf, Germany, GEA is one of the largest suppliers of systems and process solutions used in the food, dairy, beverage, pharmaceutical, chemical, marine, and utility industries. The sheer range of equipment and systems in the GEA portfolio is immense, including everything from compressors, valves and pumps to distillation and fermentation systems, evaporators and crystallizers, cleaners and sterilizers, and much more. 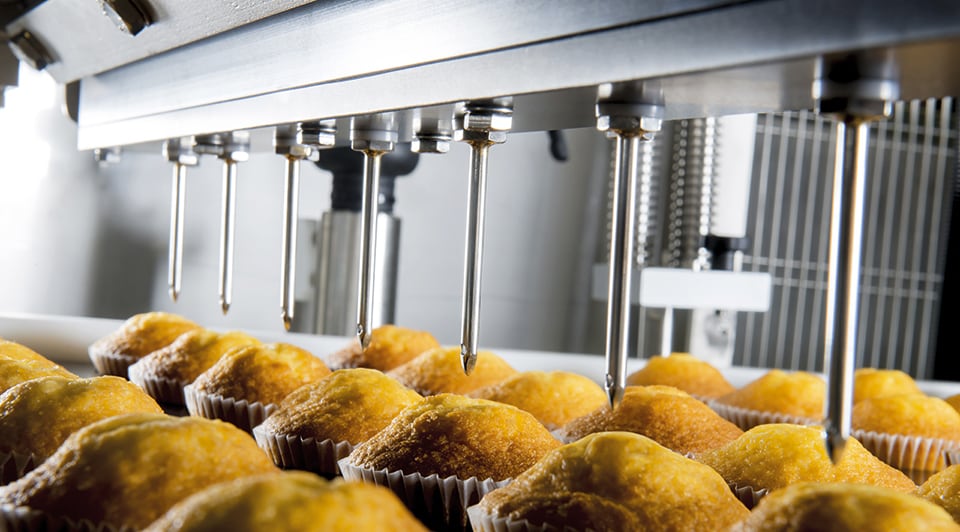 GEA plays two distinct roles in the industries it serves. On one hand, it offers a catalog of standard products that can be ordered to meet specific performance parameters (including machines that process the aforementioned chicken nuggets). On the other hand, GEA builds custom solutions to help customers solve new processing challenges. This second task is streamlined by the program OneEngineering–Bhavik Suthar, Dutt Thakar, and Lune Riezebos are all key players in this program.

“The solution side comes into play when a customer wants to launch a new product, for example, frozen pizzas, and they need the new machines to make them,” says Lune Riezebos, Application Specialist in Service Delivery with GEA. “They come to us and we design all the systems in the plant.”

To do this, Riezebos, Suthar, and Thakar rely heavily on Autodesk Inventor and Autodesk Vault. “I’ve been an engineer for 20 years, working primarily with Inventor,” Riezebos says. “I provide support for both Inventor and Vault. I’m always looking for new functionality within these tools to see how we can use them throughout GEA.”

For GEA, one of the most important capabilities within Inventor is iLogic. This specialized set of tools allows their engineers to capture and reuse certain components and assemblies through rules-driven design. With iLogic, parts can be automatically updated based on other triggers, such as a change to the part geometry or a parameter that changes in value. At GEA, iLogic provides an important connection between the company’s custom systems and its more standardized offerings. 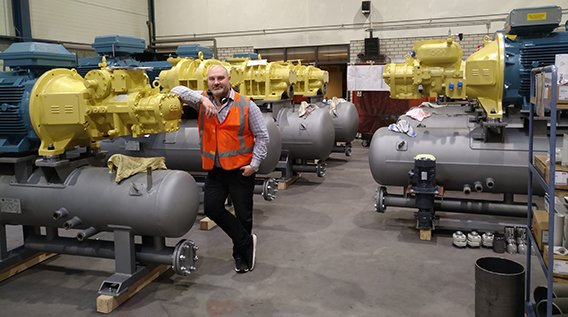 “We essentially create configurable models for our internal teams, which makes their workflow easier,” says Dutt Thakar, Senior Design Engineer. “These models save them a great deal of time because they don’t have to repetitively create models from scratch every time.”

As you can imagine, large-scale processing systems use many of the same types of components—compressors, pumps, valves, controllers, mixers, homogenizers—in unique configurations. The iLogic tools allow Thakar, Suthar, and other engineers to create a “parametric skeleton” that standard product teams can adjust to create new models automatically. The team refers to this as “model enhancement.”

“We meet regularly with the experts who understand all the intricacies of a specific process and the GEA machine for that process,” Riezebos says. “They explain what parameters they have, such as an extra nozzle with isolation, for example. That’s all the information we need to build a model that they can adjust and turn into many different configurations automatically.” 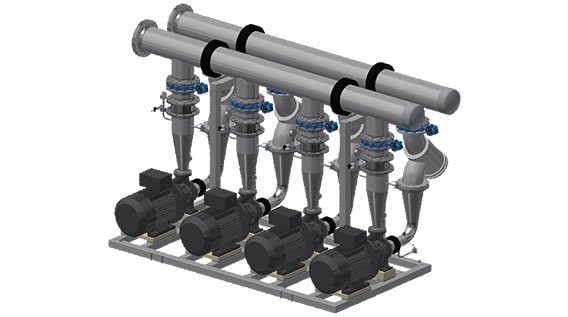 Ultimately, repeated model enhancement creates a library of components that can be repurposed many times over, creating standardized products for more customized scenarios—without going through the full customization process.

“One of the best parts of model enhancement is making a standardized machine automatically when there wasn’t a standardized approach previously,” says Bhavik Suthar, Senior Design Engineer. “We create models in Inventor with iLogic in such a way that we can standardize it, whatever the components are.”

Implementing design automation with iLogic can be scaled over time and as requirements mature–for GEA, their focused efforts have paid off tremendously. “It’s being said that iLogic is the program for mechanical engineers who want to easily implement their logic to speed up the design process,” Suthar says. “Leveraging iLogic in our live projects has resulted in extraordinary benefits for engineering at GEA.”

"Using iLogic results in more time for engineers and designers to think about new product development and innovation, because they don't have to worry about the existing design. They can focus more on developing new products and improving the existing product design. This will lead GEA to innovation and providing more sustainable solutions,” Thakar follows. 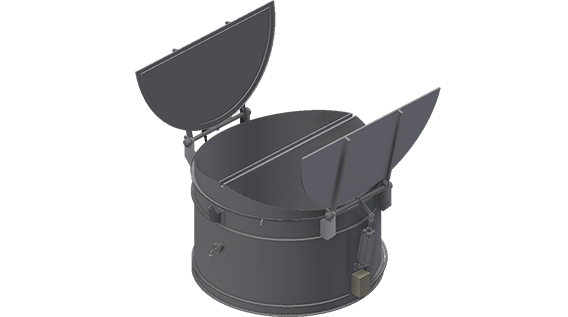 “We’ve shown our internal departments that they can create a new model in two hours instead of three weeks,” Riezebos says. “Depending on the complexity of the system, they can cut engineering time anywhere from 30% to 80%. That makes it much easier to meet customers’ needs.”

Standardizing products also improves cost efficiency. With standardized components, there is less inventory to procure and fewer one-off manufacturing steps. Instead of using a stamping plate once, for example, a team can use it to create parts for the current order and the next four machines it plans to manufacture.

“Another big advantage of model enhancement is accuracy,” Riezebos says. “You’re not able to make mistakes or forget small valves or O-rings, for example, if all of the parts are stored in the correct container within Vault. If it’s an iLogic template, all the parts are in there. Inventor doesn’t forget anything so neither will you. You reduce the chance of errors.”

We’ve shown our internal departments that they can create a new model in two hours instead of three weeks. Depending on the complexity of the system, they can cut engineering time anywhere from 30% to 80%. That makes it much easier to meet customers’ needs.

Looking to the future, GEA is thinking about how to extend the benefits of model enhancement directly to customers with Autodesk Forge. This platform makes it possible to access design and engineering data in the cloud, potentially enabling customers to order their own configurations in the same way that internal GEA product teams do. 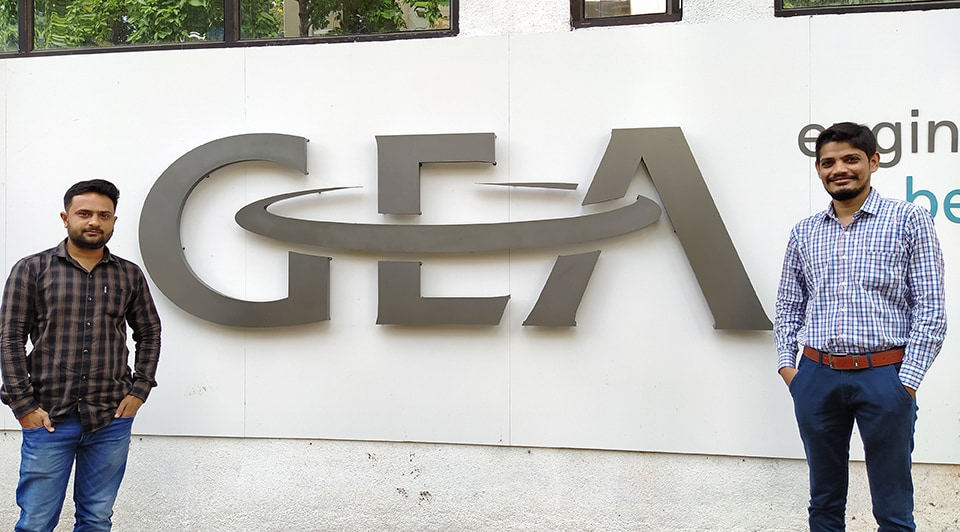 “We have many systems that can be used in multiple ways at different customer sites,” Riezebos says. “We’re currently investigating the possibility of allowing customers to create their own models even if they do not have Inventor. They would just fill in the data with Forge. But that’s in the future.”

Today, GEA is content to keep bridging the gap between truly customized solutions and standardized systems with Inventor and Vault. “We’re saving a lot of time with iLogic and I’m very proud of what we do with the software,” Riezebos says.

Get started with the collection

Automation tools offered in the Product Design & Manufacturing Collection are designed to be a scalable solution that matures as you reach your goals. Products in the collection can help to define rules that drive custom product configurators, drawing creation, toolpaths, simulation setup, and more.