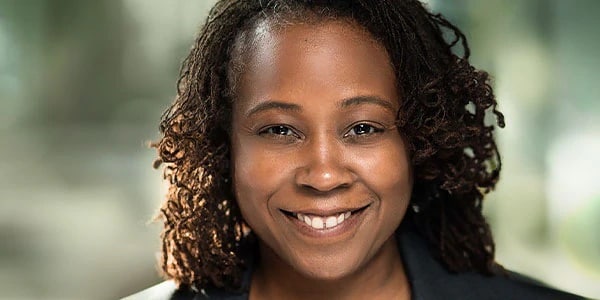 Dr. Ayanna Howard is an innovator, entrepreneur, leader and international expert in robotics, human-computer interaction, and artificial intelligence. Dr. Howard currently serves as dean of the College of Engineering at Ohio State University. She is also a tenured professor in the college’s Department of Electrical and Computer Engineering with a joint appointment in Computer Science and Engineering. In tandem, Dr. Howard is also the Founder and Chief Technology Officer of Zyrobotics, a technology startup introduced in 2013 that designs AI-powered STEM tools for early childhood education.

Prior to entering the world of academics, Dr. Howard spent 12 years with NASA’s Jet Propulsion Laboratory from 1993 to 2005, where she ultimately served as Senior Robotics Researcher and Deputy Manager in the Office of the Chief Scientist. In addition to NASA, Dr. Howard’s research has been supported by organizations such as the National Science Foundation, Intel, Grammy Foundation, Proctor and Gamble, Exxon-Mobil, Microsoft and Google.

Dr. Howard holds a degree from Brown University, a M.S. and Ph.D. in Electrical Engineering from the University of Southern California, as well as an M.B.A. from the Drucker Graduate School of Management. Dr. Howard serves on the board of Motorola Solutions, Inc. in addition to serving on the advisory boards of numerous robotics and AI-based organizations, current examples including the CRA Committee on the Status of Women in Computing Research (CRA-W) and the Association for the Advancement of Artificial Intelligence (AAAI).