What is Skeletal Modeling?

Skeletal modeling (a type of top-down design) is a technique that facilitates centralized design criteria and creates components that reference those criteria. Although many variations of this technique exist, the basic workflows are as follows. 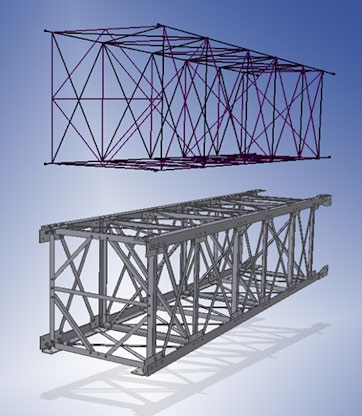 In the skeletal modeling method, you put all known factors into a skeleton file. Then you use it as a base for most of the subassemblies and parts that make up the assembly.

A skeleton file can contain any type of element in any combination. The following is typical information created in a skeleton file:

1. Sketches define the concept of the final product or use as a layout of different areas of the assembly.

3. Parameters define important values for part size, angles for placements, and other known values for the design.

4. Solids define volumes for final assembly as a single part or for defining subareas of the design.

• Reference common connections or critical locations from a single file.

2. Include construction surfaces, work features, and even solid geometry to be used as feature terminations or reference geometry during assembly component modeling.

3. Establish all critical parameters in the skeleton part. Be sure to name the parameters appropriately and mark them for Export.

4. Use Make Part, from within your layout, to create a component in your target assembly. Select the sketches, work geometry, features, and bodies to derive into the component. The new component is grounded at the assembly origin.

5. Continue to model the primary features of the component from the derived geometry. Add additional features as required.

To avoid crowding the highest-level skeleton with too many sketches and features, derive additional skeleton parts from the master skeleton to represent or add details for sub-assemblies.

1. Create a single part model which consists of your 2D layout sketch. The sketch reflects the primary layout of the components in your assembly.

2. Use 2D sketch geometry and sketch blocks to represent your components.

3. Establish all critical parameters and mark them for Export.

5. Continue to model the primary features of the components.

Frame Generator can be used to create all kinds of frames for internal or external applications. It is available in the assembly and weldment environments. In turn, a generated frame can be converted to a rigid weldment. 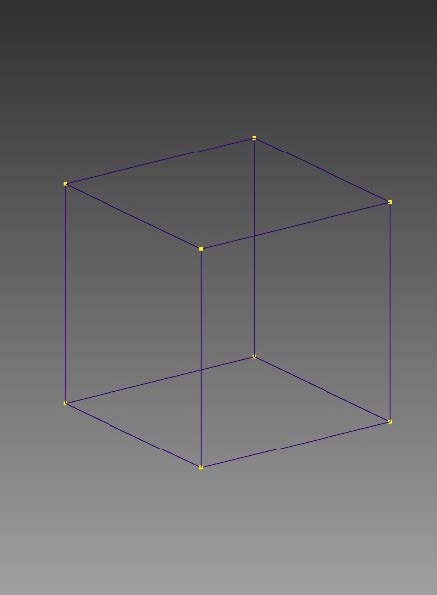 It is also possible to define the structure of a frame in the context of an assembly by the command Create Component. 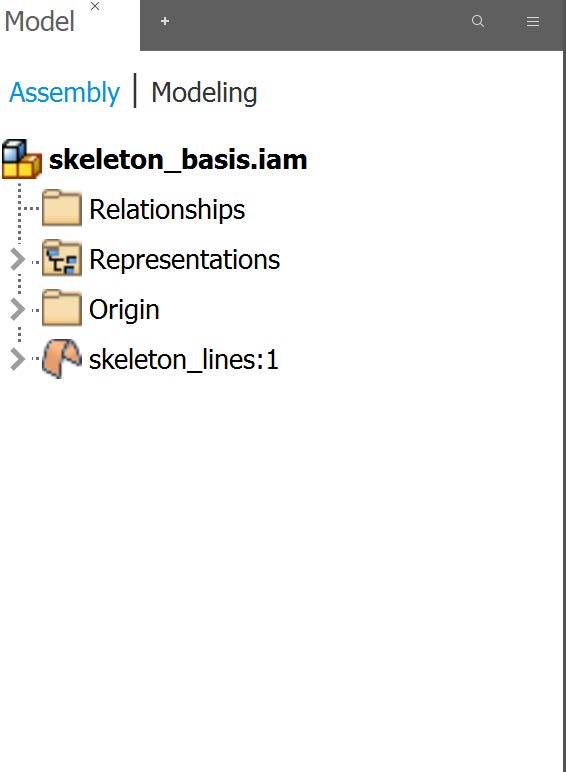 In the finished frame assembly, each frame member must have a corresponding line in the reference skeleton part. 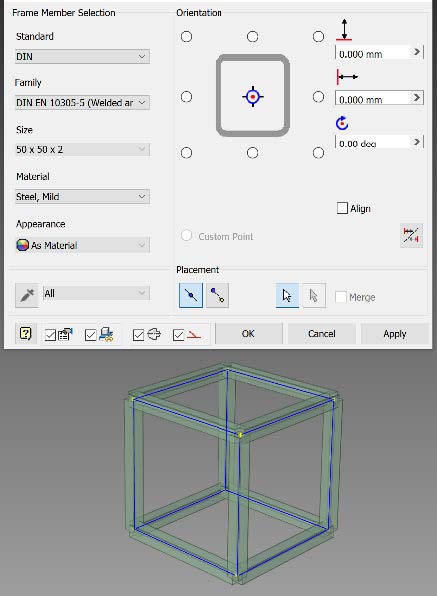 After you have selected to create the frame members, you select the location and name of the folders, parts and assembly files the generator will create for you. 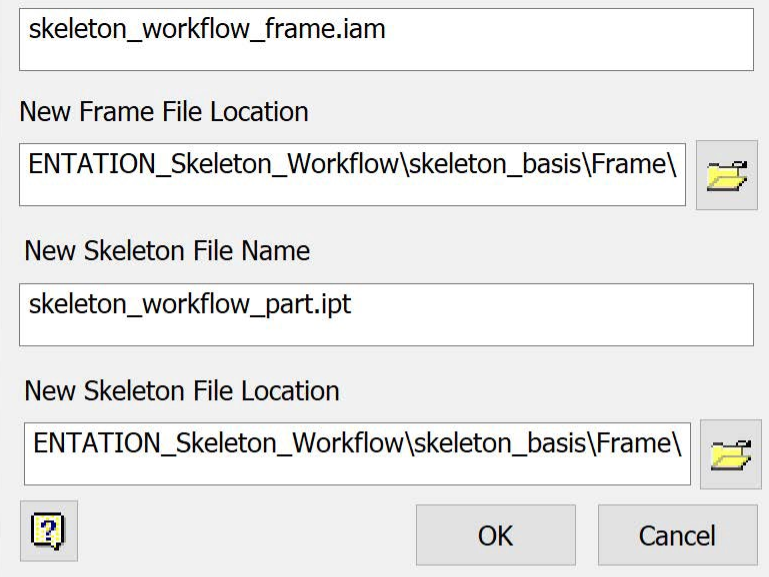 Frame members are named by default using the (Standard)+(Stock Number)+(Unique Number). When you create a structural frame member for authoring, there is no default Stock Number to include in the name. Add the Stock Number manually to maintain the default format of the name, and to customize the name for an authored frame member.

Note: Stock Number is also used for parts list roll up in drawings. If you publish structural parts you have used in the past, the stock number can already be defined.

After you place frame members onto the structure, you add end treatments. End treatments specify the miters and cuts to join them. For a straight frame member with a miter on each end, such as an angled beam between two opposite inside corners, the correct frame length computes automatically. 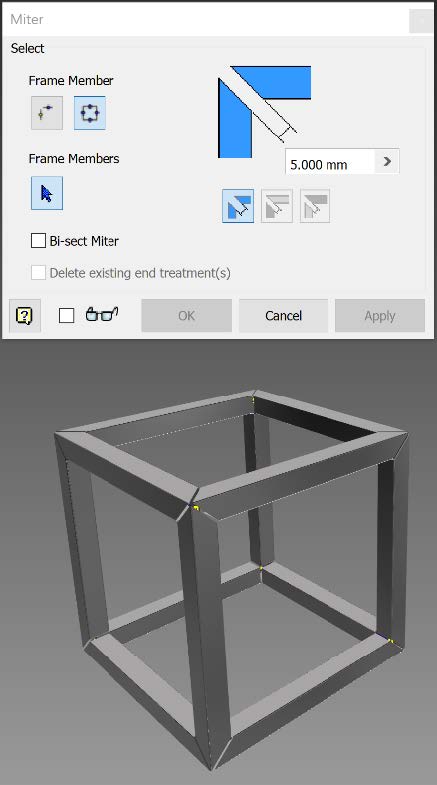 What can I do with Frame Generator?

• Create frame members from vertices and edges of existing subassemblies.

• Build framing directly from other machine components within an assembly.

• Use multiple skeletal models in an assembly.

• Define frame cross-sections and notch profiles and place them in the Content Center. 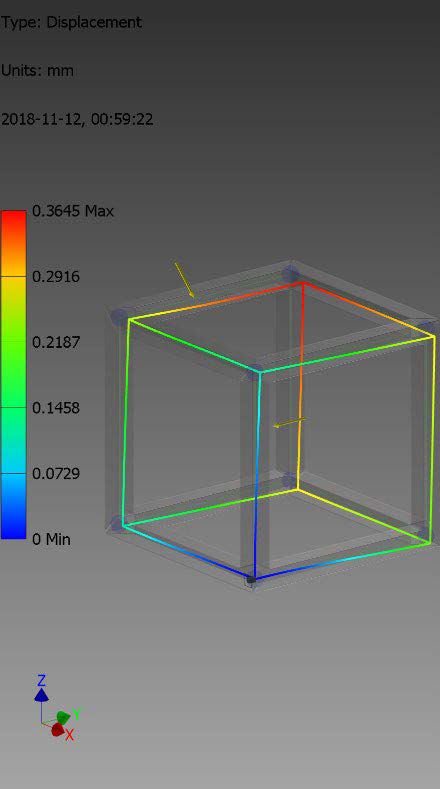 As Frame Generator uses a skeleton model for the definition of it’s members, the frame analysis tool can make use of the simplified representation of that skeleton model to greatly increase speed and efficiency when computing simulation studies of frame assemblies.

For this, the Frame Analysis tool can be used and set up to simulate real world conditions in order to give an understanding of the projected performance of the assembly and make educated decisions on how to improve on the design.

Jonathan Geffen started in the Barcelona Hub in March of 2018 as part of the EMEA Technical Sales Team, working for the Inside Sales Design & Manufacturing teams. He supports their customers, engages in marketing activities, and enables the sales teams to get a better understanding of Autodesk’s D&M portfolio, as well as the industries it serves. Jonathan’s background lies in industrial design, which is why he loves enabling people to design things that can be made.

Dieter Vermeulen works as a technical specialist AEC for the Northern European region at Autodesk, specialized in the products of the Computational Design and Engineering portfolio. Within that domain he supports the authorized Autodesk channel partners and customers with innovative workflows and solution strategies. He evangelizes the power of computational design with Dynamo in the building and infrastructure industry. This results in workflows covering the process from design, analysis, construction to fabrication for structural steel and reinforced concrete structures in building and infrastructure projects.

Want more? Read on by downloading the full class handout.

In this exciting demo, we will connect Dynamo Studio to Inventor Professional associatively to automate the creation of a complex skeleton structure that we can use in Inventor Frame Generator to form it to a fully functional frame. Here we will learn how to use the optimized Boolean operation tools to generate production-ready parts to be used in an assembly. Using this workflow, we can capitalize on a product design workflow to achieve a structural design result. Skeletons in the Closet