AI SpaceFactory works to reduce our dependence on energy-intensive materials such as cement and steel by applying additive manufacturing techniques to renewable materials.

Architecture and technology firm AI SpaceFactory believes the technologies they are developing for a Mars habitat will have a profound impact on how we build on Earth. By 3D-printing using renewable materials, the team hopes to one day reduce our dependence on energy-intensive materials such as cement and steel, both of which contribute significantly to carbon emissions in their production process.

The New York-based company joined the Residency Program at the Autodesk Technology Center to focus on the construction phase of their design for NASA’s 3D-Printed Habitat Challenge, a week-long competition for the robotic construction of a Mars habitat. The Technology Center’s workshop specialists led AI SpaceFactory through the steep learning curve of robotics, CNC workflows, and additive manufacturing to put them in a position to contend in the final phase of the competition eight months later.

The team spent the first few weeks of their residency conducting basic tests of their biopolymer (PLA) based on recyclable and biodegradable substances that could be available on Mars. The team then moved onto 3D-printing a prototype, which was completed in 24-hours at the Technology Center. Through the residency, the team was able to connect with another resident—the Virginia Tech Center for Design Research—for additional equipment consulting and hardware.

MARSHA, the design for the final printed structure included three successfully placed windows and a skylight. The structure’s material, a biopolymer basalt composite, withstood NASA’s pressure and impact testing better than its concrete competitors. MARSHA was a success, and AI SpaceFactory was announced the first-place winner, taking home $500,000.

After their big win, the team returned to the Technology Center to focus on refining their workflow and creating a mobile setup so they can get to work on creating Tera, the first-ever space-tech eco habitat on Earth. Similar to the Mars habitat, Tera will also use autonomous construction but the project focuses on alternatives to environmentally damaging building methods. Rather than plastic polymers, Tera will create biopolymers entirely at the source from organic material collected from the surrounding environment, a practice NASA calls in-situ resource utilization (ISRU). Tera is also demonstrate how much cleaner, faster, and cheaper construction can be.

AI SpaceFactory’s CEO David Malott summed up his experience in the Residency Program as such: “At the risk of sounding cliché, the highlight of the program isn’t the robots or the software, but the Technology Center staff.” 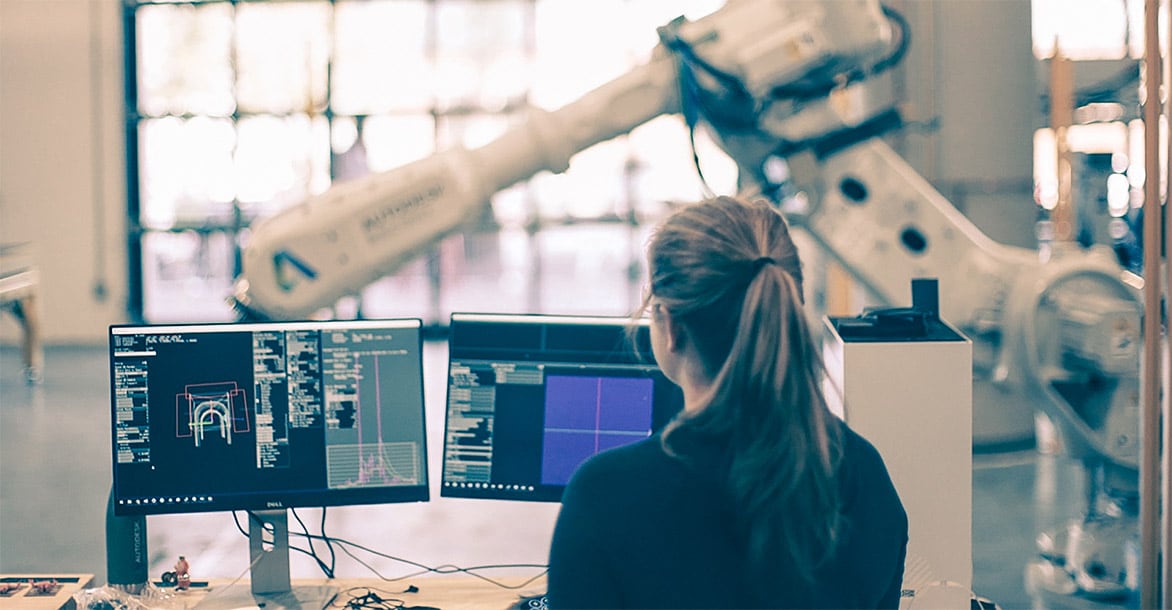