The stakes were high for Blade Runner 2049, the follow-up to the classic science-fiction film Blade Runner. The movie’s production team was challenged to create a futuristic visual world that would equal the one created for the original film more than 30 years ago. Visual-effects studio Framestore helped meet that challenge by creating spectacular, evocative CGI environments for the new production. To tackle the technical requirements, its team of visual-effects artists used the latest 3D design and production-tracking tools—advanced technology that frees them up to focus their time and talent on creating stunning works of cinematic art. 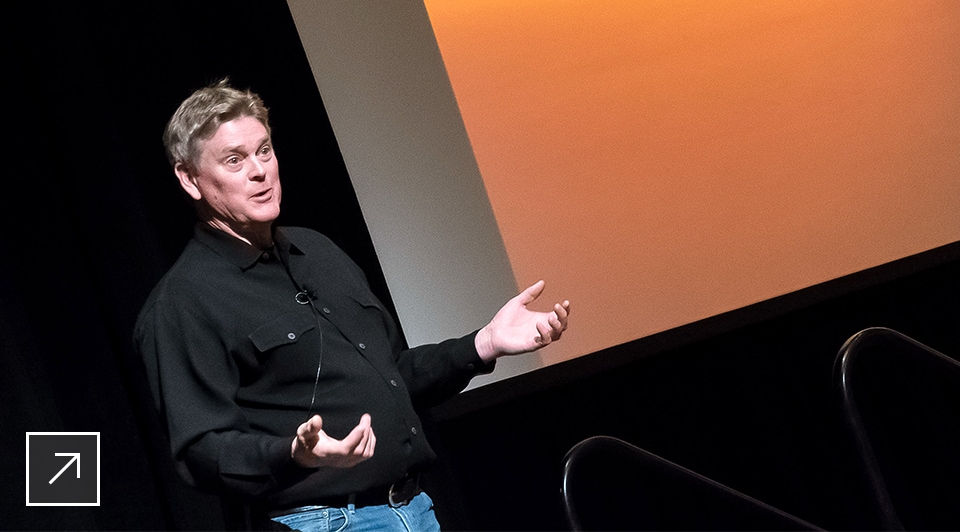 Sam Hobish (back row, fifth from left) and the LimbForge team with the staff of the Healing Hands for Haiti clinic in Port-au-Prince. Courtesy of LimbForge.
Richard Hoover, VFX supervisor at Framestore, presenting at Autodesk University 2017.

Framestore has created scenes for some of Hollywood’s biggest films. Founded in London in 1986 as a visual-effects (VFX) studio for commercials, the company has expanded its work to include film, advertising, and digital content, with additional offices in Los Angeles, New York, Montreal, and Chicago. Framestore has won numerous industry awards, including Academy Awards for Best Visual Effects for the 2013 space epic Gravity and the 2008 fantasy adventure The Golden Compass.

VFX supervisor Richard Hoover has been with Framestore’s Montreal office since 2015. With more than 25 years of experience working with studios such as The Walt Disney Company and Sony Pictures Imageworks, he supervises the live-action shooting, shot design, and post-production of visual effects. His VFX credits include the blockbusters Armageddon, Superman Returns, and Beauty and the Beast. “Visual effects is always a problem-solving kind of act,” Hoover says. “Every movie has its own problems to be solved.”

Sam Hobish (back row, fifth from left) and the LimbForge team with the staff of the Healing Hands for Haiti clinic in Port-au-Prince. Courtesy of LimbForge.
Richard Hoover, visual-effects supervisor at Framestore, presenting at Autodesk University 2017.

Movie fans were thrilled when Blade Runner 2049 was announced. Thirty-five years after its release, the original Blade Runner has had an enduring influence on film, design, and culture. The visual world created for the production showed a dystopian future layered on top of then-present-day Los Angeles, rendered with stunning effects that made it convincingly real.

The challenge for Blade Runner 2049’s creative team was to build a world that would be an extension of the original film but also support the unique vision of director Denis Villeneuve. It called for several massive-scale futuristic environments, which would eventually require 1,200 VFX shots from eight VFX vendors.

Villeneuve’s team enlisted the help of Framestore, which had worked with the director on effects for the award-winning film Arrival. Hoover added an insider’s knowledge of the Blade Runner legacy: He was introduced to the original movie before its release when a colleague invited him behind the scenes of the opening sequence shoot. He also worked on VFX for Blade Runner—The Final Cut, a 2007 upgrade helmed by the original director Ridley Scott. “It was a challenging project, technically,” Hoover says, “but from an image and design standpoint, it was just so much fun.” 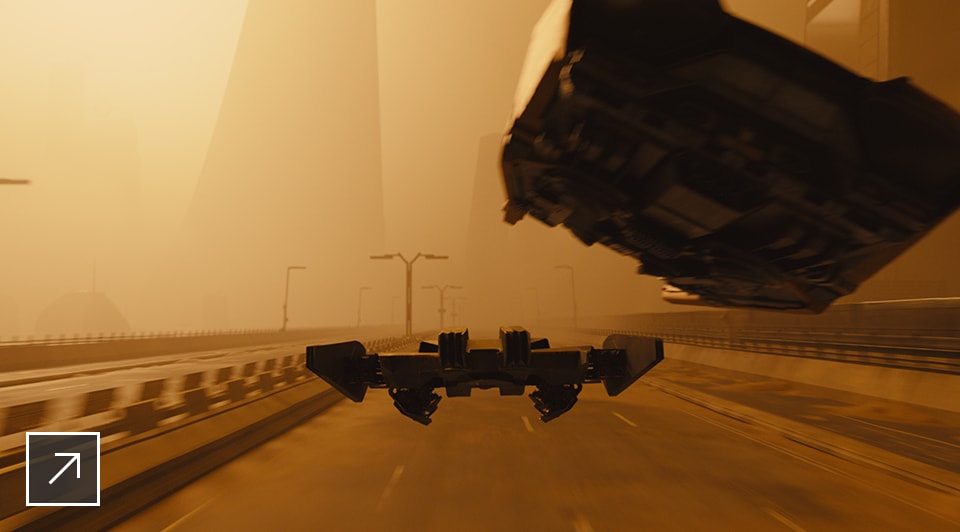 Realizing a vision of the future

Framestore started work on Blade Runner 2049 early in pre-production, in the spring of 2016. The company was tasked with creating some of the film’s major CGI environment builds—a desolate future Las Vegas; Trash Mesa, an immense landfill stretching south of Los Angeles to San Diego; and a massive solar farm—along with some critical animation work. Each shot needed to look impressive but realistic and serve the emotional arc of the story. “The image Denis had was of a simple man in a vast landscape that dwarfed him, and the lighting and the atmosphere just scored that,” Hoover explained.

A team of 175 worked on the project in Framestore’s Montreal office. Hoover traveled to Budapest for principal photography, after which the team began building environments and visual assets. “We used Maya and Arnold together,” he says. “The pipeline between them is extremely robust.” Shotgun provided the tools to manage the complex builds. “Shows now are too complicated; there are too many layers, too many versions, and too much content to just wing it,” he explains. “When you’re dealing with this level of scale and detail, you have to have some way to track everything.”

The concept art for future Las Vegas inspired an initial CG layout that was overlaid on top of geological point data of the Las Vegas Valley.

The Framestore team built an enormous amount of detail into the Vegas environment—buildings of all types, roads, signs, and ads—and added atmosphere.

Framestore also created some critical animation sequences, including a swarm of bees that the film’s hero, Officer K, encounters in the Vegas environment.

Trash Mesa was based on aerial photography of Iceland and a ship graveyard in Bangladesh, combined with geographic data for the area from Los Angeles to San Diego.

Using Maya, the team landscaped the equivalent of almost half of the state of California to scale, creating approximately 670 visual assets for Trash Mesa.

The solar farm sequence was refined multiple times, as the Framestore team changed the light and appearance to match the director’s evolving vision.

“Vegas came together first. We had a great matte painting and texture team, environment team, lighting team, and modeling team. We broke up Vegas into big blocks of builds and each block into A, B, C levels of detail. Every day we watched dailies, and the energy in that room—between those groups, trying to make that sequence great—was just the most fantastic thing I’ve ever seen.” 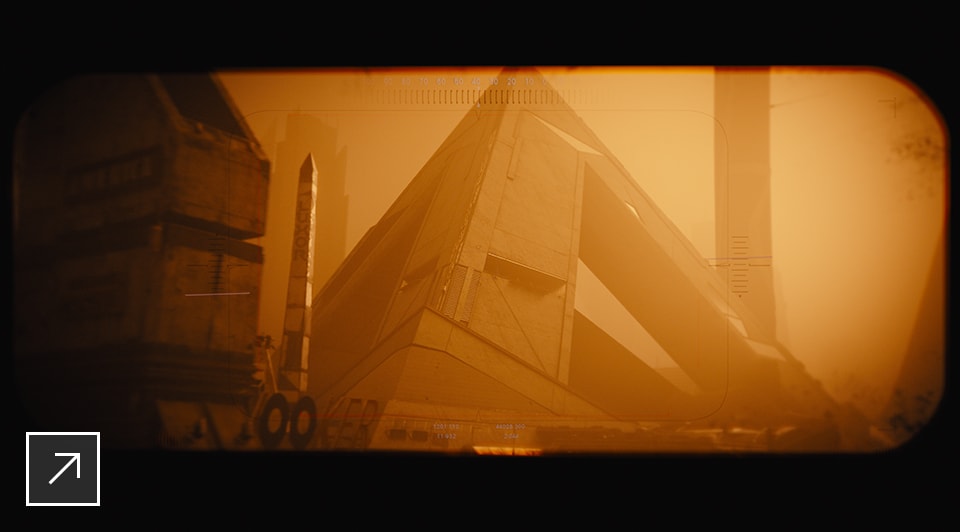 Refining the vision in post-production

In post-production, Villeneuve and the creative team reviewed each shot with Framestore, assessing changes and refinements to establish the right mood and intention. “Through dailies and cinema shots and phone conversations, it’s an exploration,” Hoover says. “There were many shots that changed a lot, even though the theme was the same, the intent was the same, the story was the same—which was fun, artistically. But when you’re managing huge-run assets, those levels of changes are a very big challenge for the entire crew.”

As time ran out on a tight schedule, the Framestore team had to work quickly through multiple iterations of shots to address new ideas and layouts. They added detail and then took it away as the vision evolved. But they also had to evaluate how to render their work efficiently. “The sequences are so massive, and at one point we were managing over 1,300 frames in Shotgun,” he says. “So it could take days to render it to see it.” They ran extensive tests using Arnold rendering software to come up with the best rendering time and the best image quality so they could finalize the shots and sequences.

A critically acclaimed blend of art and sci-fi

Blade Runner 2049 premiered in October 2017 to worldwide acclaim for its rich cinematic experience and stunning visuals. The two-and-a-half-hour film includes 1,190 VFX shots; Framestore delivered nearly 300 shots. The film also earned Hoover and his team a 2018 Academy Award for Best Visual Effects, as well as a 2018 BAFTA for Best Visual Effects.

For Framestore, the project has also helped to further hone the skills and reputation of its Montreal office. “Typically, we share the VFX work between London and Montreal,” Hoover says. “Other than the work done in London by the art department, all our portion of 2049 was done in Montreal.” 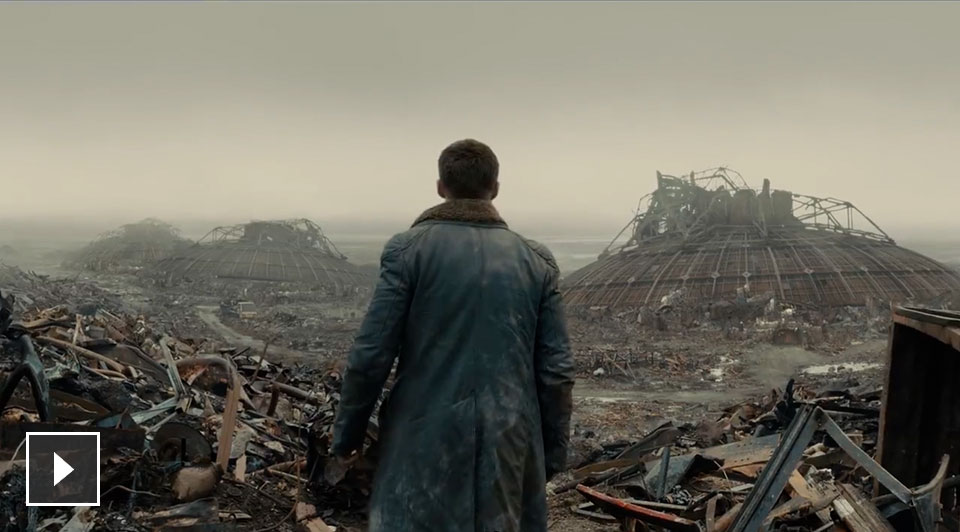 “In the past, there was always some big task that had to be solved. You had to write code to make fire, or water, or atmospherics. All those big hurdles have pretty much been solved. The tools are so powerful, there are multiple ways artists can approach problems and visualize what they want. That makes it much more creative.”

The past, present, and future of visual effects

Hoover’s experience with multiple versions of Blade Runner offers a unique perspective on the way VFX has changed over the past 30 years. “They used a lot more miniature [models] than CG,” he says of the original movie. “Now it’s just the opposite.” Today, VFX is used in almost every movie, and the CGI toolkit has grown considerably. “I think the tools have gotten to a point that it’s much more about art,” he says. “It’s about how we use those tools to tell the story.”

Hoover sees opportunity for a greater role for VFX in the previsualization phase of production. “The more that we work in real time and allow the directors to see their vision earlier,” he says, “the more that they can make better decisions and plan the movie out more efficiently.”

To future VFX artists, Hoover’s advice “is to try not to be just focused on the shot but expand your knowledge as a filmmaker. You need to be able to understand the basic editorial judgments about why a sequence works, why editors and the director are cutting it the way they are, why the director of photography is using a color or quality of light,” he counsels. “We’re there to support the story in any way we can.”