See how FeatureCAM can improve your efficiency. Try it free for 30 days. Download free trial

The new “Tercero Dining Commons 2”at the University of California, Davis, takes an uncommon approach to dining, presenting the UC Davis community with an array of food choices. Plus, the exposed kitchen and stylish serving area set the atmosphere apart from a typical college dining hall. All of those options presented the design/build team on the project with a number of design, coordination, and construction challenges. How did they keep the project on track? The team made the design models they created in Revit building design software central to their workflow. Using Revit opened the door to closer collaboration and improved their ability to refine design ideas as a team, while finding opportunities to reduce material waste.

The general contractor and leader of the design-build process, Otto Construction, assembled a multidisciplinary team to help win and deliver the project. Serving as the architect was Harley Ellis Devereaux (HED), an architecture firm with extensive experience on higher-education projects. For structural engineering, HED turned to Rutherford + Chekene. Guttmann & Blaevoet provided MEP engineering on the project. Finally, TriMark, the largest restaurant supplier in the United States, designed the kitchen and supplied the kitchen equipment.

The extended team also included many subcontractors, such as fabricators and building trades. Each key project participant—even the many fabricators on the project—used Building Information Modeling (BIM) powered by Revit.

“We faced a design competition process to win the project,” says Melissa Barrenchea, a project manager with Otto. “The collaboration on the project started early. With participation from so many contributors early—including the kitchen vendor—our proposal stood out, helping us win the project.”

The University’s requirements for Tercero Dining Commons included a kitchen that supported 4 cuisine types—Latin American, Middle Eastern, European and Asian fusion—LEED Gold certification at a minimum, and an exposed kitchen. Those requirements called for a significant amount of high-end kitchen equipment and support from complex ventilation, electric, and plumbing systems. The University’s preference for an exposed structural system, no visible ductwork, and little or no equipment on the roof presented the design team with a number of space and design constraints.

Gurdaver Singh, a principal with Guttmann & Blaevoet, explains how the requirements presented potential obstacles to success: “When you need to fit so much equipment into limited space, you risk creating clashes that need to be resolved during construction. That’s a very expensive time to address issues because it can lead to delays and material waste.” 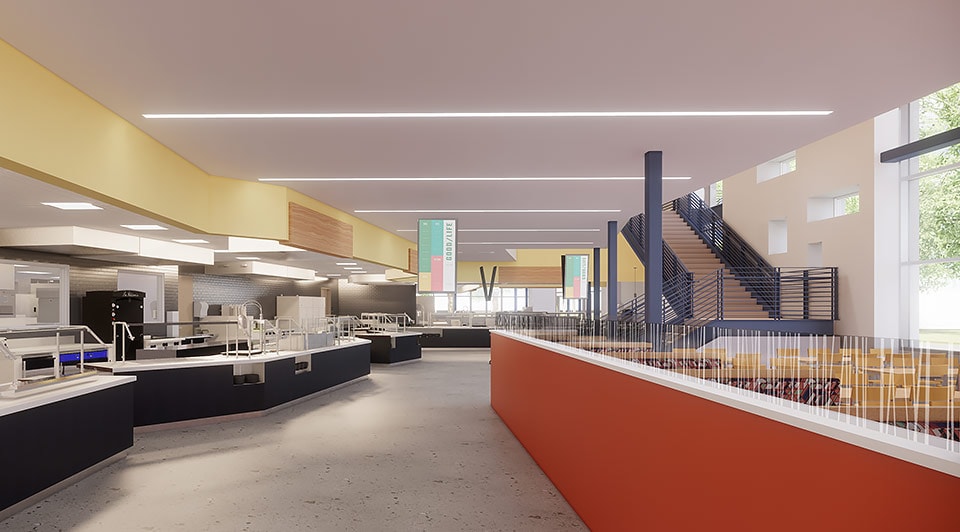 The kitchen in the Tercero Dining Commons was required to be exposed and support multiple cusisine types.
Image courtesy of UC Davis

A framework for coordination

Otto established a framework for coordination and collaboration early in the process. The architects and engineers used Revit to create their design models—models that not only delivered a 3D representation of the design, but also contained intelligent data about materials and more. Regularly exchanging models let the team see and account for the evolving design in their work.

The early involvement of the kitchen designer and supplier, TriMark, proved especially helpful. Traditionally, the kitchen designer joins a design team very late in the process. Engineers and architects represent kitchen equipment and systems with blocks that they design around in the model. This can lead to significant redesign when the kitchen designer starts work. But on the Tercero Dining Commons, TriMark used Revit to provide detailed equipment models and layout—and actively participated in the coordination of the project.

“Tercero Dining Commons is about 29,000 square feet, and half of that space is occupied by kitchen equipment,” says Michael Myers, an associate principal with HED. “Being able to have a back and forth with a kitchen designer who was using Revit helped improve the project overall. We were able to balance space constraints as a team very early.” 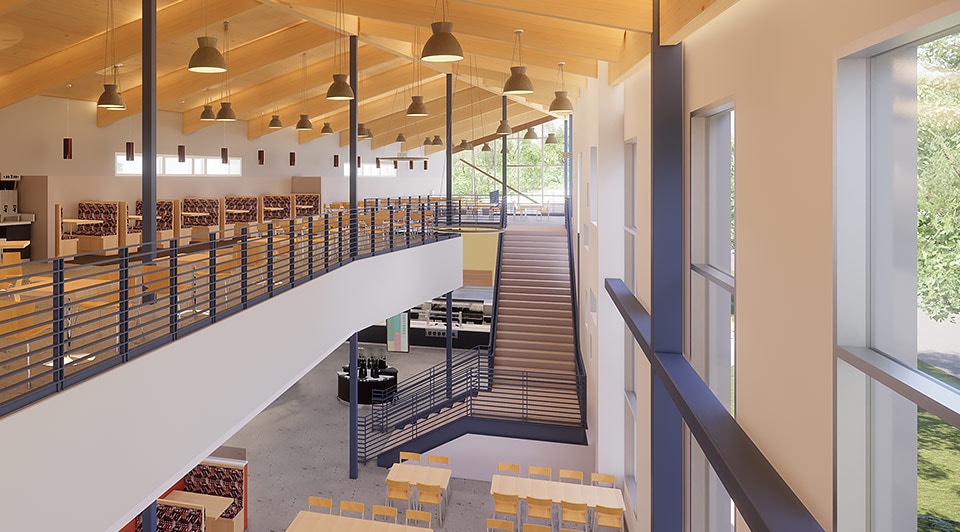 “When you lack confidence in coordination, prefab doesn’t make sense because there’s too much risk of expensive on-site rework. But prefab can offer huge cost, time, and material savings. Our design team modeled with such precision that we decided that the advantages outweighed the risks.”

The use of Revit to model the project helped the team avoid clashes as they worked. To further identify and address clashes, Otto used Navisworks project review software, which aggregates design models and highlights potential interferences. This design precision gave Otto the confidence to work with fabricators and subcontractors to build portions of the building off-site. For instance, Otto had most of the roof and structural system prefabricated.

“When you lack confidence in coordination, prefab doesn’t make sense because there’s too much risk of expensive on-site rework,” says Barrenchea. “But prefab can offer huge cost, time, and material savings. Our design team modeled with such precision that we decided that the advantages outweighed the risks. The fabricators used Revit and models in their processes, too, which added to our confidence.” 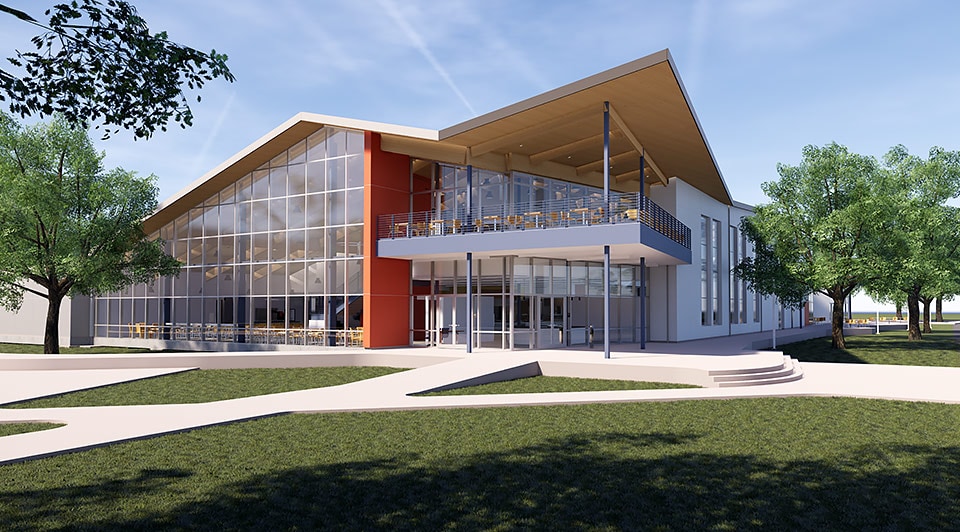 Otto Construction had most of the roof and structural system prefabricated.
Image courtesy of UC Davis

As the project nears completion, Otto sees the use of Revit and Navisworks contributing to real time and cost savings during construction. “We’ve seen few RFIs of cost significance,” says Barrenchea. “The underground for the kitchen is going in quickly. Much of the electrical and plumbing is being prefabricated off-site—that’s saving time and reducing material waste. Having Revit as a shared design tool helped drive the close coordination behind the project’s success.”

An essential set of tools

Whether you work in building design, infrastructure design, construction, or a combination of these industries, the AEC Collection provides a powerful set of tools at a great value. Get access to Revit, Navisworks, and more.