Mexican civil-engineering firm Consorcio IUYET is using BIM and geoinformatics in infrastructure to ensure safer, better-quality construction on the Mexico City–Toluca Interurban Train Project. With reality-capture tools, including camera-mounted drones, LIDAR, and radar, the company collected geographical data for the rail line’s terrain and converted it into 3D models to use for simulations and calculations on real land. Those digital models have helped the construction team avoid hazards, reduce environmental consequences, and communicate with project stakeholders. 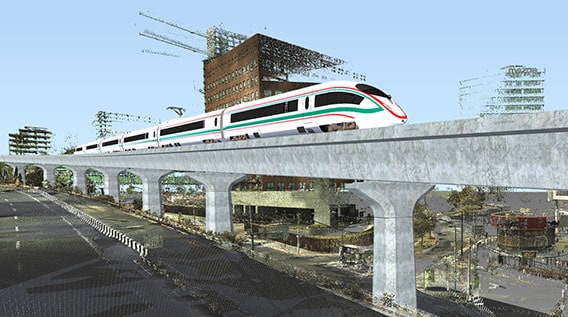 A rendering of the new high-speed rail line. Courtesy of Consorcio IUYET.

Most major cities struggle with traffic problems—but in Mexico City, the traffic crisis ranks among the world’s worst. Commutes in Mexico’s capital take an average of 66% longer because of congestion. During rush hours, they can take twice as long. For drivers, that means 59 extra minutes in traffic every day, or 227 hours each year. By comparison, commuters in Los Angeles—the most congested US city—spend 44 extra minutes in traffic daily, or 170 hours every year.

Because of its perpetual gridlock, Mexico City suffers from bad pollution, high traffic-related fatalities, and reduced worker productivity. Fortunately, help is on the way through new infrastructure initiatives, the largest of which is the Mexico City–Toluca Interurban Train Project, estimated for completion in 2022.

Using geoinformatics—a scientific discipline that surveys and interprets geographic-location data to understand the earth’s surface—Mexico City’s first-ever high-speed train will connect Mexico City with Toluca de Lerdo, the capital of the adjacent state of Mexico. The 58-kilometer electrified elevated railway will host trains traveling up to 160 kilometers per hour and transport 230,000 daily passengers, whose average commute time will drop from two hours to just 39 minutes.

Mexico City has attempted big transportation projects before. In 2012, it opened a new line on its subway system: Known as the “Golden Line,” Line 12 of the Metro was forced to temporarily close 11 of its 20 stations just 17 months after opening them due to fears of derailment, the cause of which was not only poor construction but also poor technology.

Because it has multiple elevations that are difficult to reconcile in 2D models, the Mexico City–Toluca Interurban Train Project is especially ripe for BIM, according to Angélica Ortiz, BIM director at Consorcio IUYET, who says 3D models let stakeholders peel back the projects’ levels like layers of an onion. Case in point: a train station with underground, ground-level, and elevated components that are all stacked on top of each other. “We have a very advanced topography, so seeing all that information in 2D, the engineers end up saying, ‘I’m an engineer, and I can’t read it,’” Ortiz says. “When you start bringing it into 3D, people can actually understand it.”

Years ago, Consorcio IUYET was building its corporate headquarters in 2D, then decided to experiment with BIM. Upon converting design plans into 3D, a grave error came to light: The elevator was designed in a way that would collide with the building’s foundation. “It might be a very elementary, primary mistake, but sometimes you miss it,” Ortiz says. “It doesn’t matter how many experts you have because everyone is just seeing their part of the project.” Through this experience, Consorcio IUYET insisted on using BIM for its portion of the Mexico City–Toluca Interurban Train Project. (SENER is the principal design firm.) 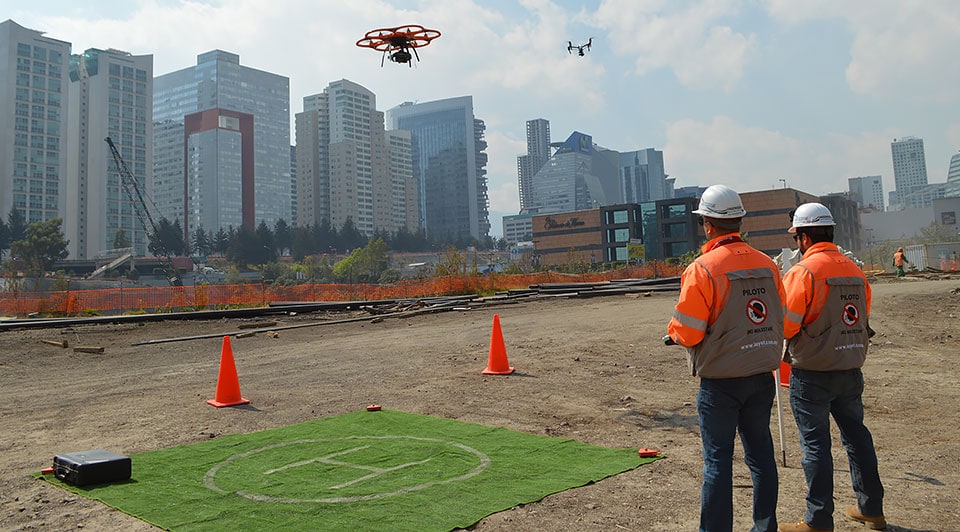 The route between Mexico City and Toluca is populated by busy highways, expansive bridges, wide ravines, dense mountains, and sensitive infrastructure—all of which trains must be able to traverse quickly, safely, and affordably. Using geoinformatics to build an accurate 3D model, Consorcio IUYET relied on a variety of reality-capture tools and techniques, which together drew a complete picture of the terrain where crews would be building. “Usually, people do one scan,” Ortiz says. “What we had to do was put more than 1,000 scans together and then combine them with high accuracy.” 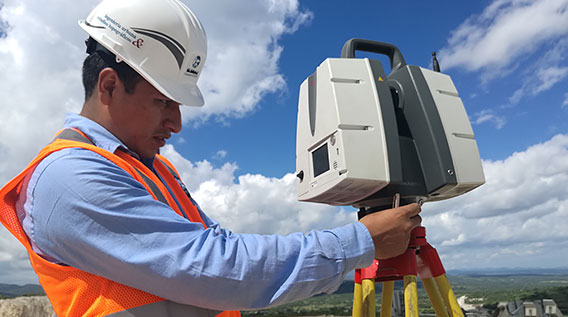 A Leica P40 ScanStation laser scanner captured 1 million points per second with a density of 2 millimeters by 2 millimeters. Courtesy of Consorcio IUYET.

“All the point clouds were then stitched together using Autodesk software,” says Ortiz, who adds that the project team leaned heavily on the Architecture, Engineering & Construction Collection, including ReCap to convert photos and scans into digital models, Civil 3D to integrate those models, Revit to manage construction details, and Navisworks to review everything. “Once the point clouds are merged, what we have is a digital terrain model that we can use for any simulations or calculations on real land.”

The finished 3D model has saved the day more than once. The construction team was worried about interference with Mexico City’s water system: Local government insisted the system was located outside the railway’s path, but scans showed otherwise. Without BIM, crews would have punctured the principal water main.

Government stakeholders also benefited. At one point along the railway, elevated tracks cross over a mountainside where a forest had to be razed to make room for supporting columns. In response to environmentalists’ concerns, the government used Consorcio IUYET’s model to forecast various construction scenarios and choose the one with the fewest environmental consequences. “You can have a better solution because you have a better quality of information and a better quantity of information,” Ortiz says.

When it’s shared publicly, that information can help win over skeptical stakeholders, according to Ortiz, whose team created augmented- and virtual-reality presentations to assuage dissenters’ fears. For example, when a university complained that a support column would endanger students by blocking the entrance to its campus, Consorcio IUYET used virtual reality to demonstrate the column’s actual placement. “Neighbors of a project are sometimes against it because they don’t understand how it’s going to be,” Ortiz says. “So we show them.” 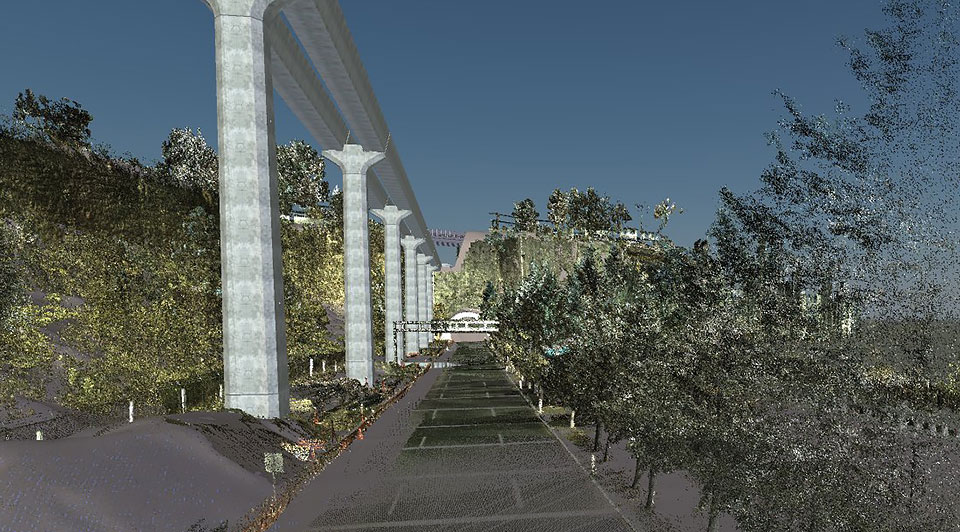 Building a safe train on such diverse and difficult terrain is hard to convey to laypeople, but that doesn’t bother Ortiz. What matters most to her is that commuters will soon get to spend an extra hour sleeping in or make it home in time for a family dinner.

“Every day, I drive a highway where the train’s going to pass, so every day I see it,” she says. “This is one of the biggest projects in Mexico at the moment, and knowing what’s going to happen before other people know it has been magical to me.”

Explore the benefits of BIM for civil engineering

Find out how BIM sets new standards for hospital construction