Designing for construction in remote and extreme conditions

CAD software for anyone, anywhere, anytime LEARN ABOUT AUTOCAD

Imagine designing an entire fitness center and an above-ground concrete pool built completely on pilings and permafrost—a layer of soil that is permanently frozen. Now imagine designing it at an incredibly remote location with no roads in or out.

That’s the challenge Architects Alaska faced when designing the 23,000-square-foot Yukon-Kuskokwim Fitness Center in Bethel, Alaska. Located in the heart of the Yukon Delta National Wildlife Refuge, Bethel is accessible only by air or by the Kuskokwim River, which is frozen for well over half the year.

Building a dedicated recreation center for the community

Architects Alaska was founded in 1950 before Alaska even became a state in 1959. The design firm is well-versed in the unique challenges and creative solutions for designing within the restraints of location and wilderness—whether it’s for gas pipelines or housing projects in extreme conditions. The YK Fitness Center itself exemplifies how Alaskans working, designing, and building together—against the odds of location—can create an incredible community space. 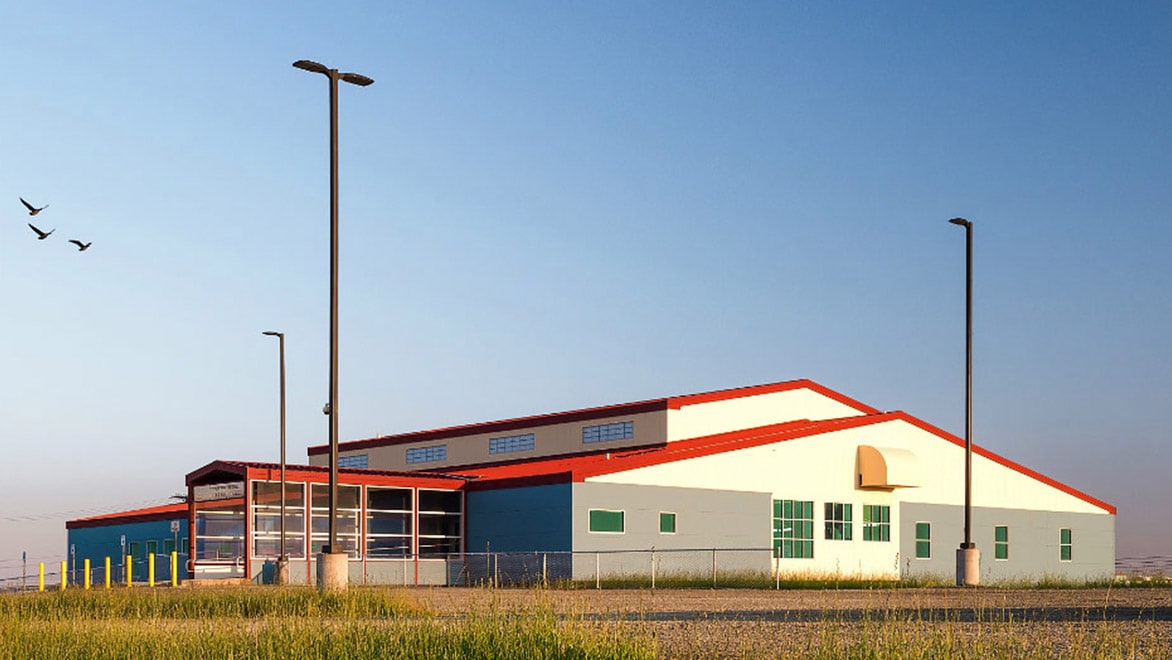 The idea for the YK Fitness Center first formed when a group of concerned citizens wanted to address some major community concerns due to a growing number of drownings in the Kuskokwim River; a lack of availability for indoor physical fitness, instructional classes, and swim lessons for the entire community; and the absence of a safe place where children and teenagers could recreate. After starting out with local fundraisers, the group eventually received a grant to build the center that would include an indoor pool and a large, dedicated space for classes and a gym.

Everything for the design of the pool and the entire center was done in AutoCAD, including the shop drawings for the pilings. “Even the preliminary conceptual drawings were created in AutoCAD, doing space-analysis studies, using blocks and polylines for areas, and moving everything around to establish the project scope,” says David Moore, principal at Architects Alaska. “AutoCAD is great for developing the concept and early design because you can draw the polyline, click on it, and see what the area is. Then you can adjust as you’re building the design, scoping it, and trying to get within the budget. When we moved into more of the actual design of the center, we used the Architecture toolset to draw walls, put in doors and windows, and create 3D models. 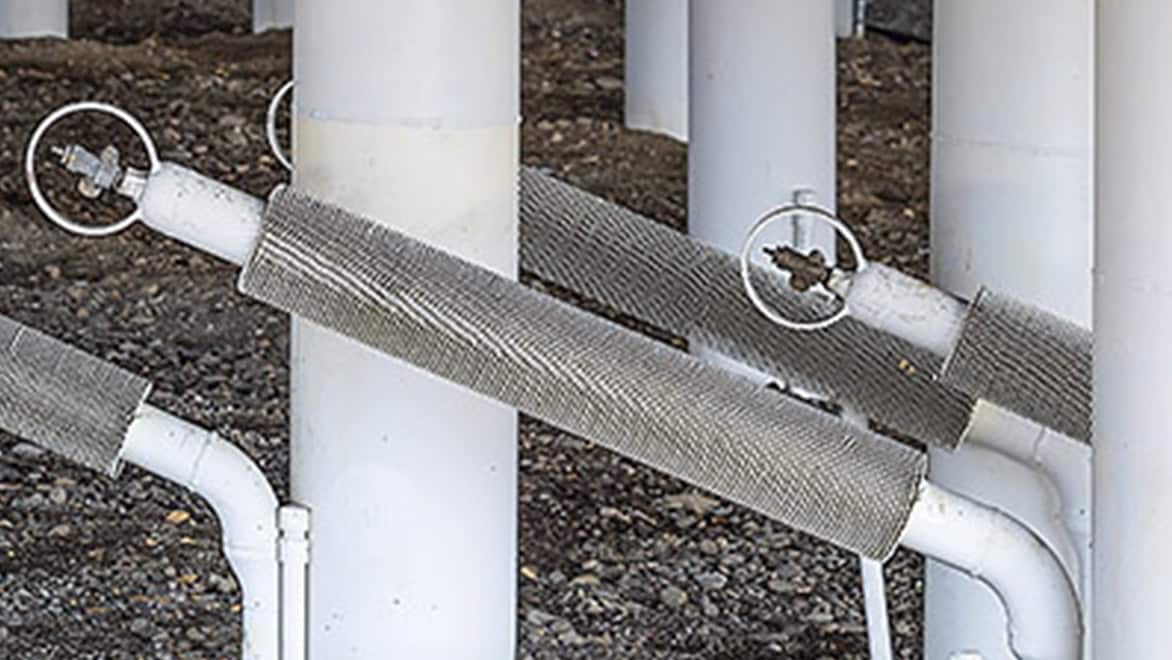 “What we accomplished technically was significant but also fun and challenging,” Moore continues. “However, the most rewarding part of this project was the opportunity to make a community better and design a facility that offers a way to keep kids doing something positive. That, to me, is a big part of what architecture is supposed to be about.” 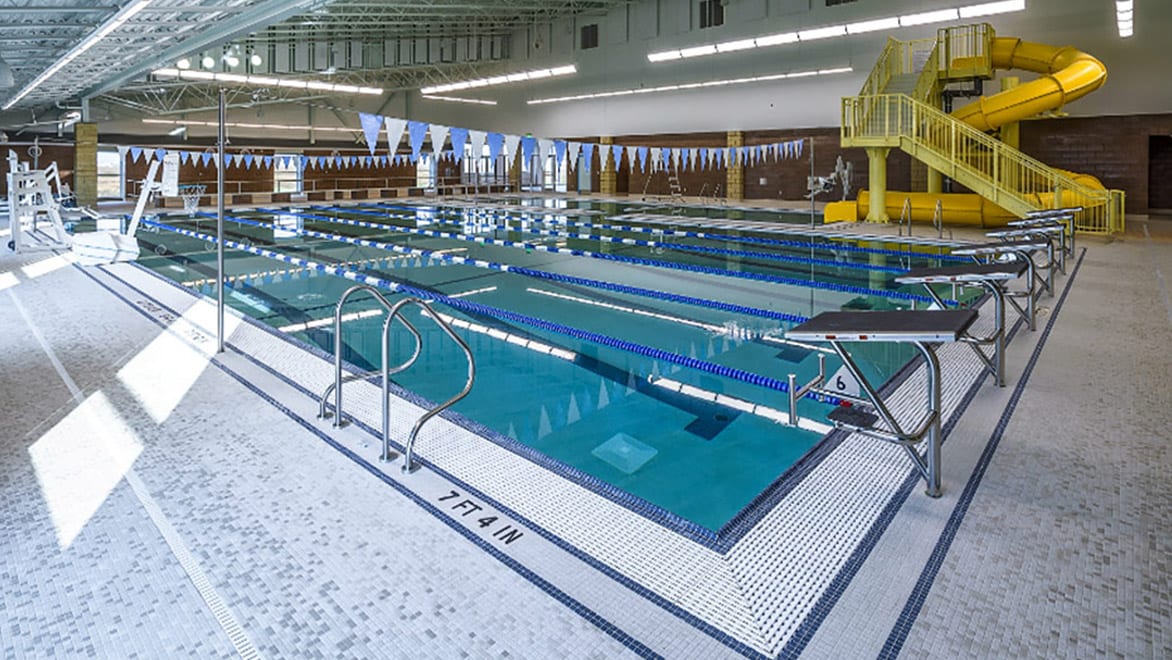 The indoor pool at the YK Fitness Center. Credit kengrahamphotography.com.

When it comes to materials and design, many buildings in Alaska are utilitarian not by choice, but out of necessity. Everything needs to be transported, which adds to the overall cost.

“Logistics are really difficult, and being able to instill any sort of designer aesthetic is a real luxury when you’re dealing with these long shipping times and environmental conditions,” Moore says. “It is often function over form and no frills.” 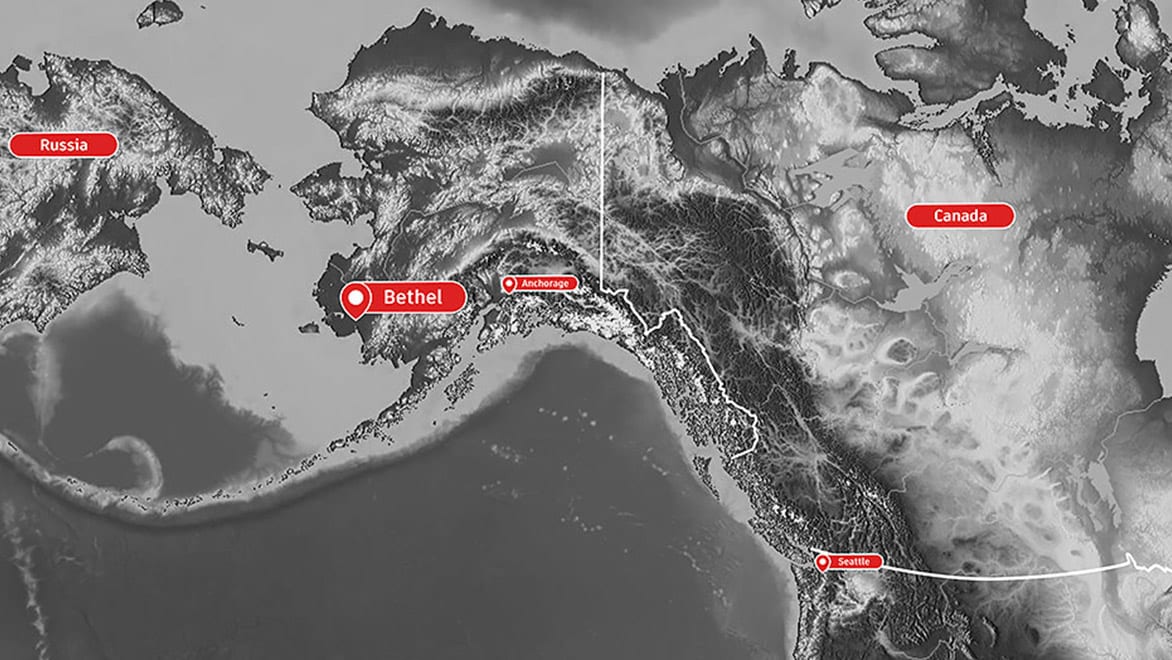 For the YK Fitness Center, architect and certified interior designer Melanie Mangione decided to get creative and add a bit more beauty to the pool. Instead of a typical plain-tile mosaic, she used AutoCAD to give the pool a true design touch.

“When we started construction, we had the color palette chosen, which included nine different tile colors,” Mangione says. “We wanted those tile colors but we didn’t have a pattern set. Due to the location, we had to make sure the design was easy to construct with the skill set of the workers available on-site. We also had to scrutinize the logistics to get the tiles from the factory to Seattle, then on the boat to Anchorage, and finally on the barge to get to Bethel.” 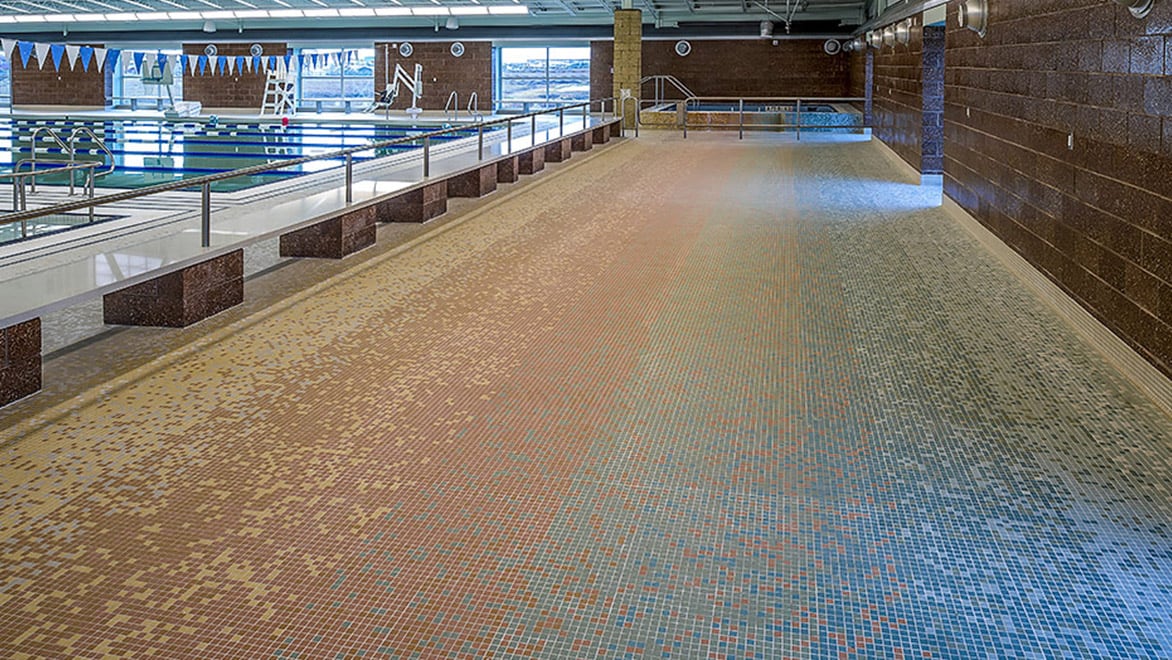 When you have a custom pattern, it creates more work, which translates into more labor—both in time and skills. Working against time and money, Mangione wanted to come up with a tile pattern in AutoCAD that fit their color pattern and didn’t just look like “confetti on the floor.” She worked with a couple of different patterns and landed on a graceful, custom gradient with lighter to darker colors.

“I showed it to David, my coworkers, and the contractor,” Mangione says. “Everybody’s first initial thought was, ‘Whoa, we can’t do that.’ And then they looked at it a little more closely and said, ‘Oh, wait, yes we can, and we will.’ It was very successful in that respect. By using AutoCAD I could easily make this repeatable pattern with hatches and blocks—and still be a realistic and easy installation with tile squares by color rows.” 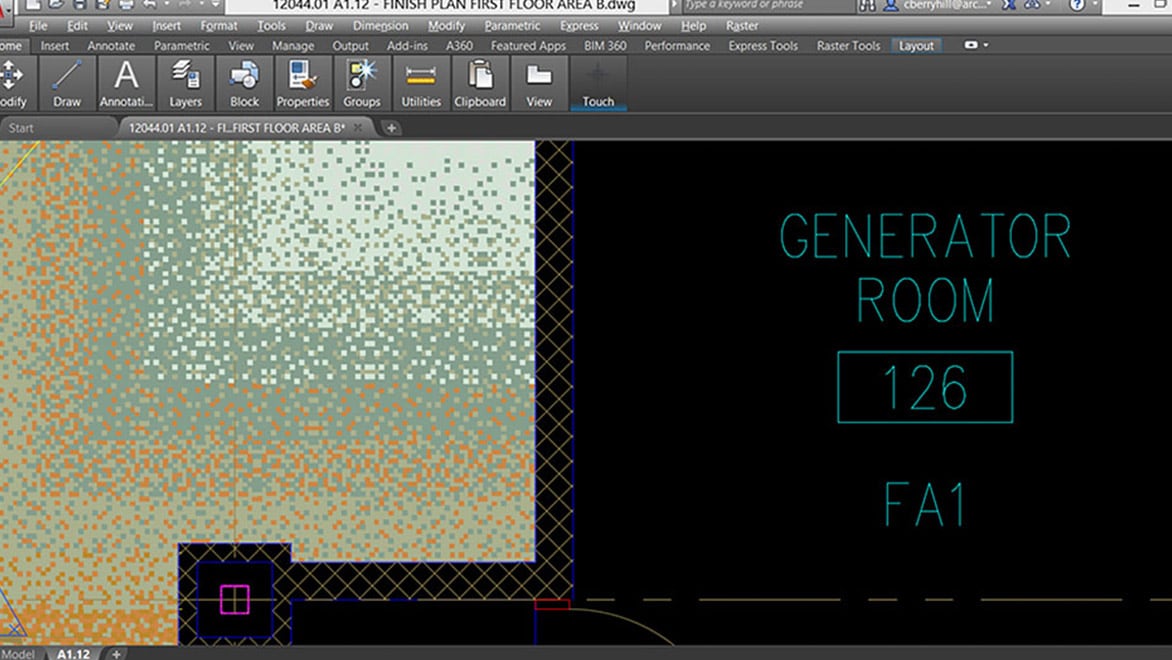 The tile pattern in AutoCAD. Courtesy of Architects Alaska.

“One thing that makes AutoCAD so useful is the idea of modular design where you’re designing something that’s repeated,” Moore adds. “With AutoCAD, you can draw it, turn it into a block, and copy it. That’s where AutoCAD makes you really efficient. In Alaska, we have to think about modular design—from steel buildings to windows—just because of the nature of where we live. For the YK Fitness Center, AutoCAD allowed us to hack the system for construction in Arctic Alaska and deliver a building and pool more complex, colorful, and detailed than you’d normally be able to build up here.”

Speed up your workflow

Subscribe to AutoCAD including specialized toolsets and gain access to 8,000+ intelligent objects and styles to help speed architectural design and drafting.

GET THE AUTOCAD ARCHITECTURE TOOLSET