Lighting a spark of inspiration

Back in 2010, Andrei Snobar was your typical architecture student studying at German Jordanian University, a public university located near Madaba, Jordan where he learned AutoCAD. Three years later, while studying abroad in Germany, Snobar attended the Berlin Festival of Lights and saw 3D projection mapping for the first time. A light bulb went off in his head. “It was really inspiring and got me thinking about the next step in my career,” he recalls.

Upon graduating, Snobar started working at an architecture firm while further exploring his interest in projection mapping.

“I developed my skills on my own time through online tutorials and testing with a small projector,” he says. “It was like connecting the dots to figure out how to do it.” 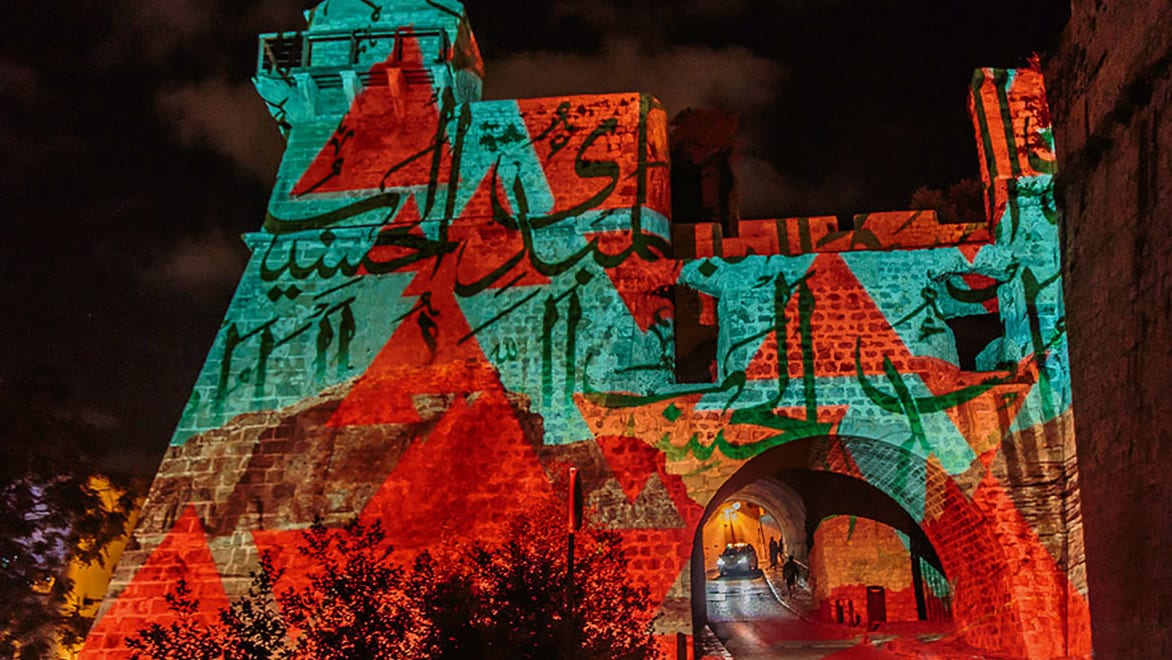 Proving the value of composite materials for construction

“I reached the level where I had to choose between two paths, either I continue as a normal architect–the eight-to-six life–or I can choose a more creative option in which I’m doing something that I’m passionate about and has yet to be done in Jordan,” Snobar says.

“These were eye openers for me, attaining skills that I hadn’t fully grasped from watching videos online,” he says. 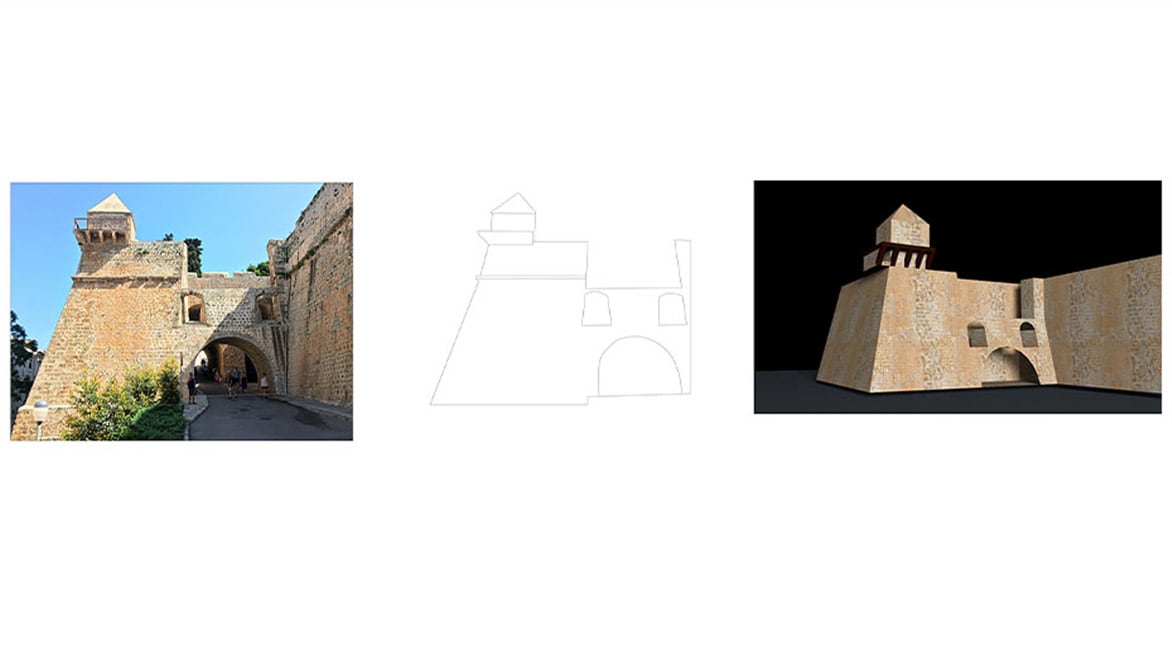 The process of creating Snobar’s one-of-a-kind projections often begins with measuring, since so many of Jordan’s buildings don’t have CAD plans. He enlists the help of laser measuring sensors to replicate the building’s facade as a 3D model, which typically takes a day to complete.

Snobar uses AutoCAD to properly scale the size of the image, which is dependent on the distance between a projector’s lens and the façade, known as a throw-ratio.

“AutoCAD is a huge time-saver for us, making it possible to attach an image in the drawing and redraw the elevations based on how the image of the building will look from the spectators’ perspective,” he says. 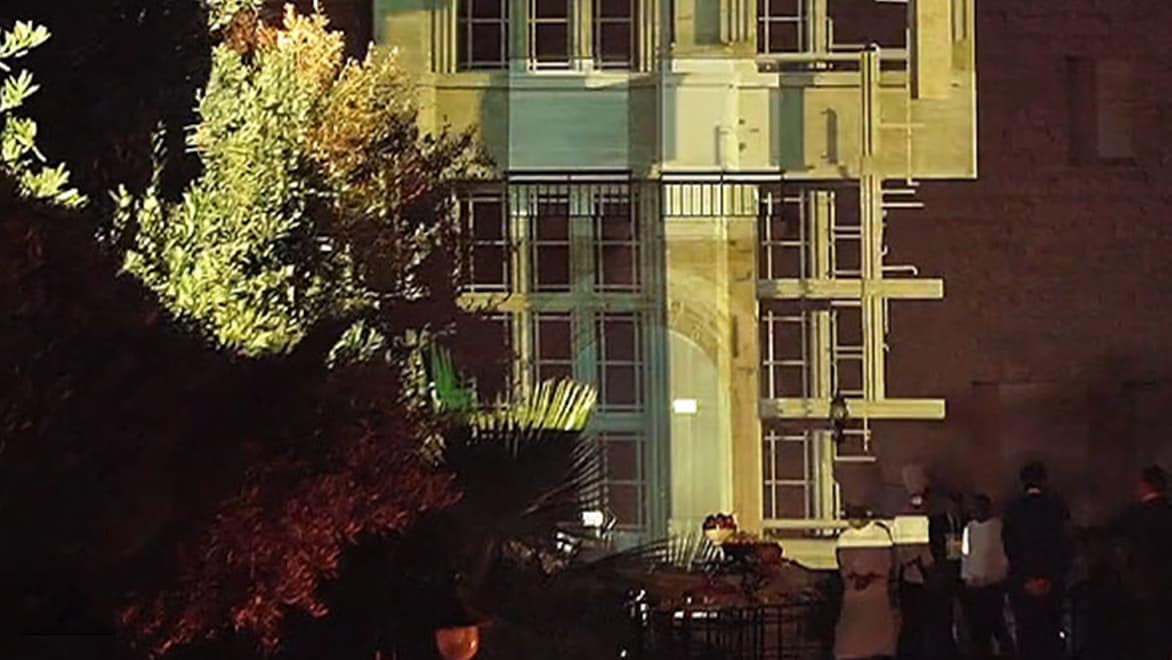 Snobar then uses blocks and polylines to more quickly reproduce the scaled drawing. This modeling process usually takes three to five days and ensures that the 3D model is scaled correctly when its exported to Autodesk Maya for 3D computer animation. Animating certain scenes can take from two months up to an entire year to finish depending on the project.

“Once you get into real-world working situations, you realize that you can’t live without AutoCAD.”

Projecting into the future

“I hadn't seen the site before, and I had to develop the content based on a picture from a mobile phone,” he says. “But with AutoCAD I was confident everything would turn out like I wanted.”

While 3D projection mapping is costly–with the price of projectors ranging from $10,000 to more than $300,000–it’s also a burgeoning business. The global projection mapping market is expected to reach $3.56 billion by 2023, according to a report by global research firm MarketsandMarkets. A growing investment in experiential marketing that increases audience engagement is driving its popularity. 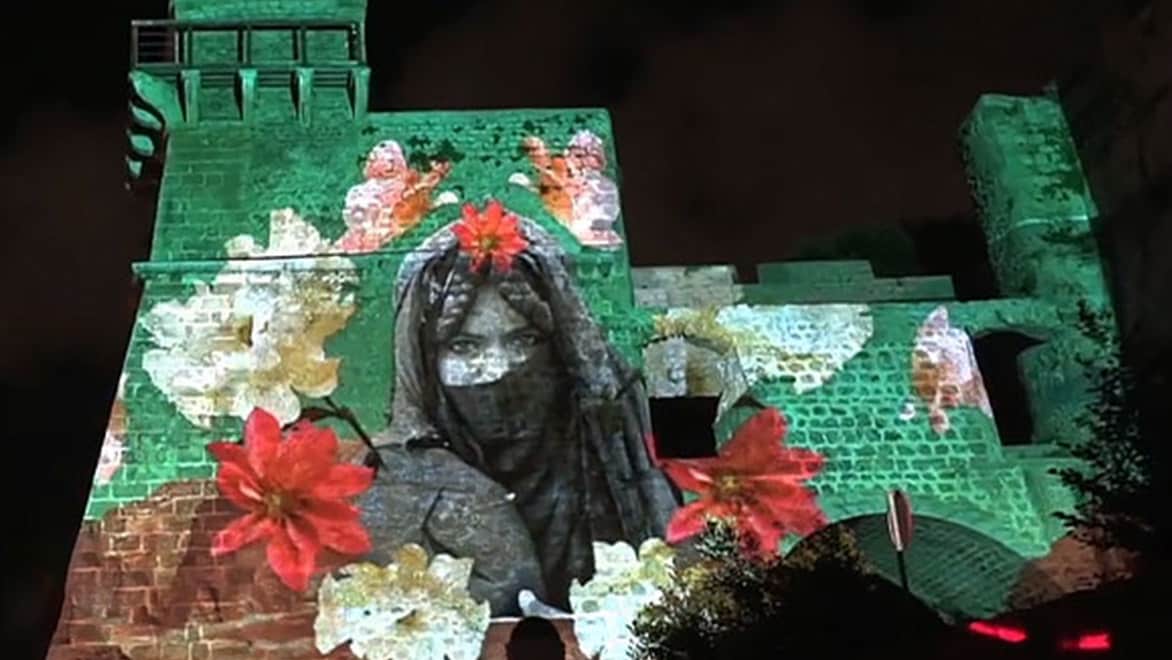 In Snobar’s native Jordan, 3D projection mapping is rarely seen–something he plans to use to his advantage.

“I’m working on creating artistic projection mapping as a communication medium, to narrate stories on heritage sites throughout Jordan, such as Petra,” he says. “It’s so dynamic that it never gets old.”