See how Autodesk can help you grow your business. Request an evaluation

Autodesk’s PowerMill CAM software has supported steady growth at tooling manufacturer, RM Design and Engineering (RMDE). Managing Director, Radj Many, has expanded his company from a “one-man band” with a single router to one with six staff and a range of equipment, including a new high-speed, five-axis machining centre.

Manufacturing for the Automotive supply chain

RMDE specialises in tooling for vacuum forming, working both directly and indirectly with many of the UK’s leading automotive manufacturers on projects to supply prototype components, and low-volume production and packaging solutions. 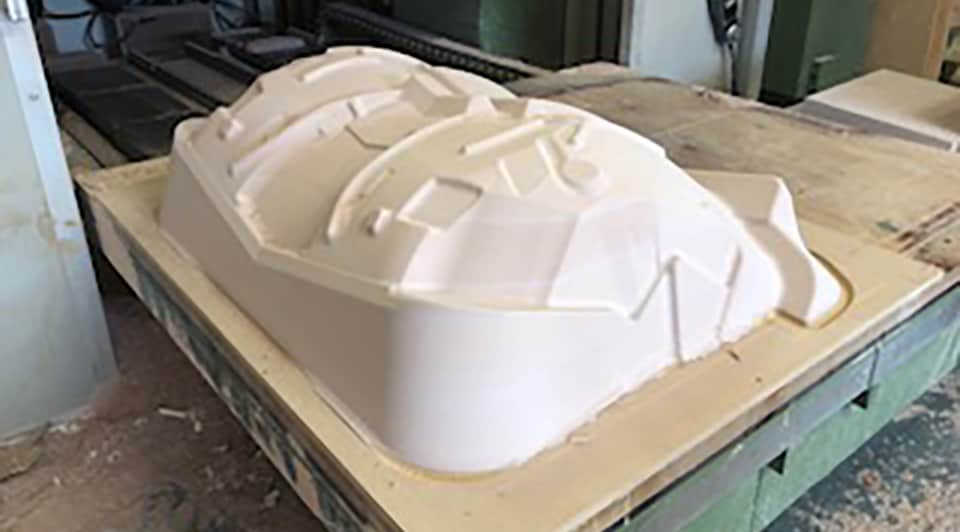 RMDE specialises in tooling for vacuum forming for Automotive Manufacturers

The company also designs and manufactures jigs for the production lines within the automotive supply chain.  More recently, it has moved into making tooling for the GRP and composites sectors.

Before founding his company in Banbury in 2012, Mr Many had been the Tooling Manager for a vacuum forming company.  He started with just a single CNC router for simpler jobs, mainly operating as an agent, taking orders from his customers and placing them with machining companies.

Mr Many’s main advantage in the early days was that he had worked with staff from Jaguar-Land Rover in his earlier positions and was able to win his first contracts from these contacts.  Business from other customers soon followed as Mr. Many was able to establish RMDE’s reputation for high quality and on-time delivery.

After two years, RMDE moved to an industrial unit at a business park outside Southam, UK.  Mr. Many continued to build his business, adding more machines, including a Rye five-axis router and Dugard Eagle 1000 milling machine, and expanding into neighbouring units. 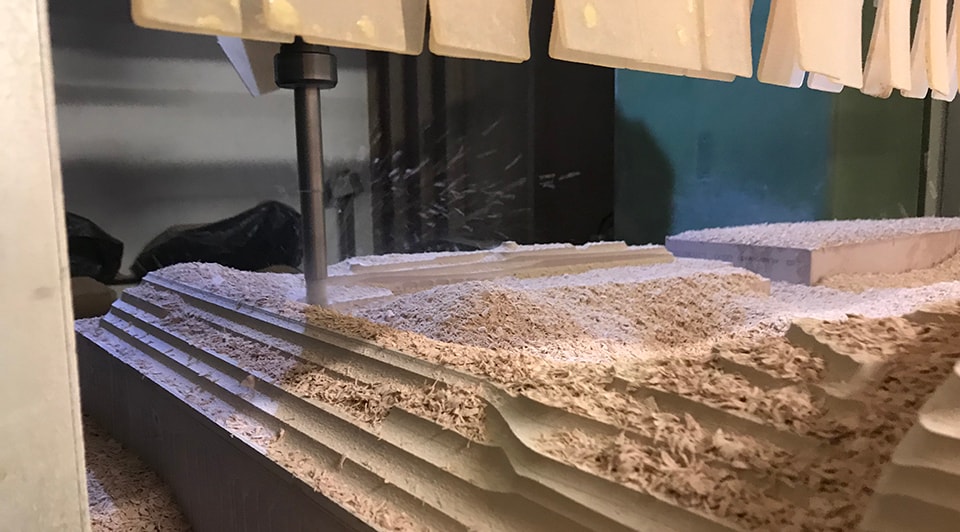 After two years, RMDE moved to an industrial unit at a business park outside Southam, UK.  Mr. Many continued to build his business, adding more machines, including a Rye five-axis router and Dugard Eagle 1000 milling machine, and expanding into neighbouring units.

The expansion also included the addition of CAM programming with Autodesk PowerMill.  Mr. Many had used various CAM systems earlier in his career but had always been impressed with comments he had heard from PowerMill users at other companies.

“Everyone I spoke to said that PowerMill was the leading CAM software for toolmaking,” he remembered.  “Two comments kept being repeated – that you could do anything you wanted to with PowerMill and that the support from the staff in Birmingham was outstanding.  In contrast, I had experienced regular problems with the other software I had tried so choosing PowerMill for my own company was a no-brainer.”

Mr. Many now repeats the same comments he heard before acquiring PowerMill. This support is vital for RMDE, which places huge value on its reputation for never letting its customers down.

"Even though I am sure that we don’t use the full capabilities of the software, we can complete most projects quickly and efficiently. Whenever we meet any challenges, we contact the support team at Autodesk and they always come back with a solution, usually within an hour."

The latest addition to the equipment at RDME is a CMS Antares high-speed five-axis machining centre, with a significantly larger bed than the earlier machines.  As well as allowing the company to take on bigger projects, the new machine gives a greater ability to machine multiple parts in one operation and so boost productivity.

PowerMill supports this way of operating by allowing the toolpaths for the various components to be combined into a single project to give increased efficiency. The full five-axis capabilities of the new CMS are also important in increasing productivity as many of the tools made by RMDE include undercuts that would previously require multiple set-ups.

These capabilities form an important part of Mr. Many’s strategy to broaden the services offered by his company, in particular, to gain more work in the manufacture of tooling for the composites industry.  Indeed, one of the first projects for the CMS was a composite tool for a customer from a Formula One team.

Simulation tools to help you sleep at night

“This was a real challenge as I was learning the five-axis options in PowerMill while I was programming the job,” said Production Manager, Marius Pantea.  “The simulation and verification tools were essential in locating any problems and in helping me to come up with programs to avoid them.  They certainly help you sleep at night!”

The simulation tools also help in planning finishing operations.  They provide an exact image of a roughed part, showing where material still needs to be removed, and so aid the selection of the most suitable tooling and strategies for the finishing cuts.

Like many other suppliers, R M Design is increasingly being asked to provide formal reports to support its reputation for quality.  To meet this demand, the company has just added an inspection arm with Autodesk’s PowerInspect software.

“We are already seeing a positive response from our clients,” reported Mr. Many.  “I can see these reports becoming an important part of our regular communications with our customers.”

PowerMill allows the company to adapt as they grow

As his company’s range of equipment has grown, Mr. Many has expanded the breadth of the services he can offer his customers.  Initially, the focus was on providing different types of tooling for clients in the vacuum forming industry, including jigs and fixtures for checking, bonding and assembling the vacuum-formed parts. 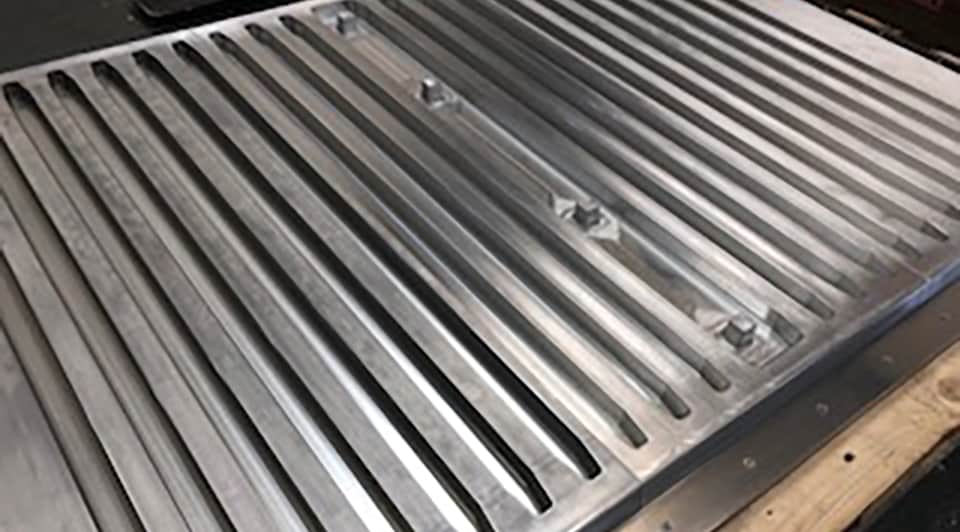 The first router he purchased is now used mainly for trimming parts made from the company’s tooling.  More recently, services have been added for the manufacture of patterns and direct moulds for GRP parts, and for patterns for the production of composite components.

This has lead to an increase in the variety of materials being machined at RMDE, which now includes steel, aluminium and plastic as well as model board across the full range of densities, and so provides further evidence of PowerMill’s ability to “do anything”.

“My customers know that we are not the cheapest supplier but they are willing to pay extra for the quality we provide and our ability to meet deadlines,” claimed Mr. Many.  “I want to work with the best suppliers, like Autodesk, that put the same emphasis on service for their users that I put on supporting my clients.”

Ready to get more out of your machines?

Use Autodesk software to produce higher quality parts and improve your productivity.