Get connected to go faster

The Piedmont Atlanta Tower will add more than 400 beds and 13 operating rooms to Piedmont Atlanta Hospital. With the project featuring a much needed cardiovascular care center, hospital leaders required an accelerated project plan that would open the Tower in phases. The strategy was to build the entire structure and up-fit 10 floors of the 16-floor tower, including the cardiovascular center, for operation by the end of 2020, and then complete one floor per year after that.

Meeting this schedule forced the design team to model portions of the project during the construction phase and compress coordination. To accelerate the design pace, project architect HKS relied heavily on BIM (Building Information Modeling) and cloud-based collaboration by using the design tools in the Architecture, Engineering & Construction Collection and BIM 360 Design.

A US-based firm with a global reach, HKS prides itself on delivering extraordinary designs—on time and on budget. On the Tower project, success for HKS depended on assembling a skilled team early. Brasfield & Gorrie joined as the lead contractor. Kimley-Horn and Associates contributed its civil engineering expertise, and Uzun+Case served as the structural engineers. Due to the project’s size and pace, HKS engaged 2 MEP firms to contribute engineering models: Atlanta-based HPD Engineers provided mechanical and plumbing engineering for portions of the project and TLC Engineering for Architecture delivered additional MEP engineering.

The schedule on the fast-track project had virtually no wiggle room for a formal coordination phase or for changes and RFIs during construction. Yet the time-consuming process of exchanging models every week or two is business as usual in most design workflows. HKS wanted to speed the project by eliminating the need to exchange design models. The team found the answer in cloud-based model sharing with BIM 360 Design.

“The Piedmont Atlanta Tower inspired us to adopt a new approach to BIM—one that would connect the whole design, engineering, and construction team,” says Reeti Gupta, director of practice technology at HKS. “We wanted an easy way to share our Revit models with the contractor and engineers as they were created. In BIM 360 Design, we saw a way to share our work as we designed to save time and prevent the kinds of issues that lead to change orders and RFIs.” 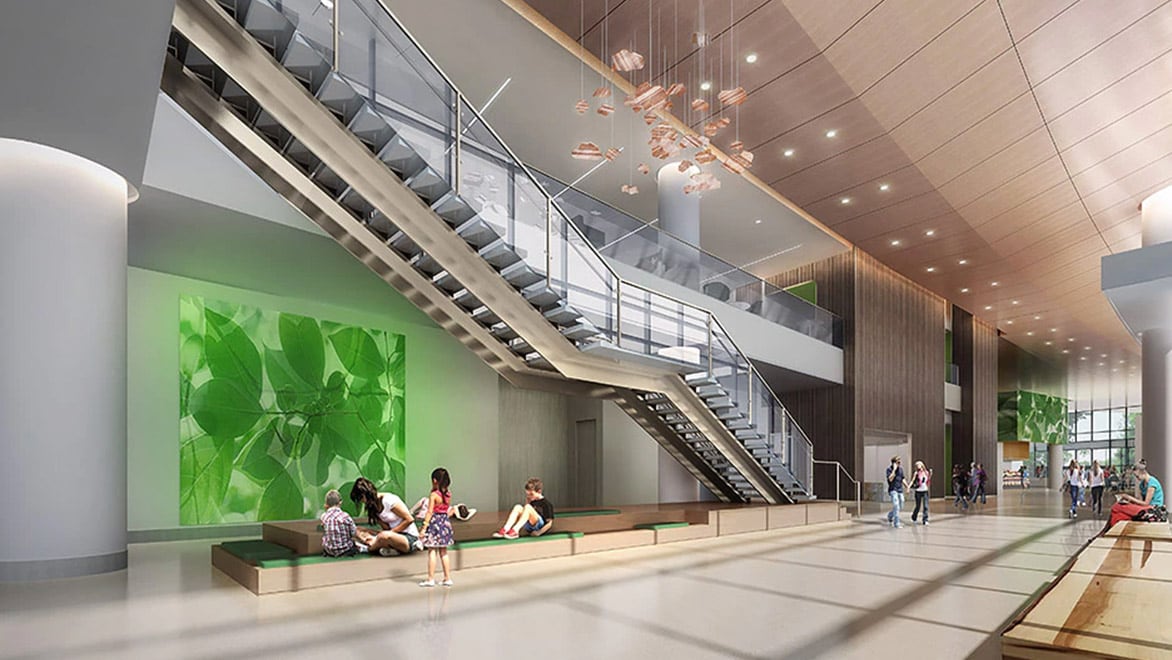 Coordinating with engineers in real time

The project got off to a rapid start in 2016 with HKS engaging with the contractors and engineers during concept design. As the design evolved, everyone on the team collaborated using Revit Cloud Worksharing in BIM 360 Design. This let the whole team coordinate the project in real time. For instance, HKS could see where the MEP engineers were placing outlets, and, if needed, could make suggestions to prevent interferences with other details. More importantly, when items had the potential to cause major interferences, the team could resolve the issue quickly.

Kelly Orji, a project architect with HKS, explains one example: “I saw that a structural column was causing an issue and called the engineer. The engineer made a quick change, updated the model, and I could see it in real time. Rather than a time-consuming exchange of models, we fixed the issue and moved on. Things that might have taken an hour or two literally took minutes to resolve. That’s the power of real-time collaboration.” 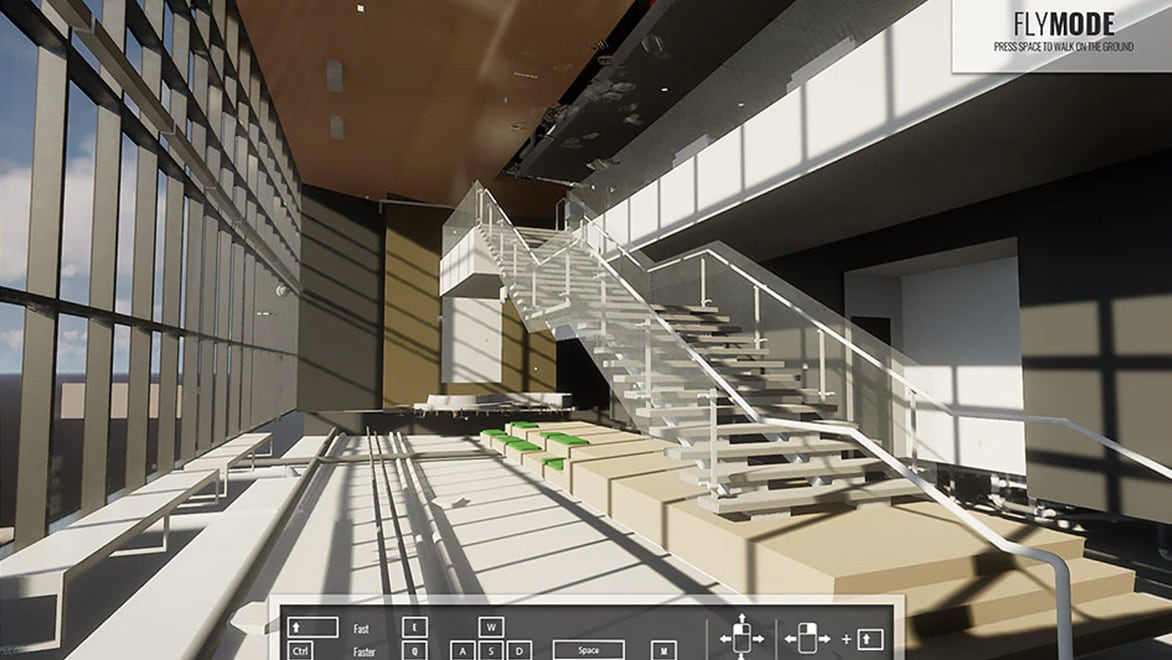 VR of Lobby at Design Development to analyze Lighting from Entrance Façade. Image courtesy of HKS

“Sharing models proved especially helpful when it came to working with the MEP contributors,” she adds. “Hospitals have very complex systems, and we were able to use the engineers’ actual models as backgrounds. It saved days, if not weeks, on coordination. Plus, it made it more practical to work with 2 different engineering firms.”

Cloud-enabled BIM collaboration wasn’t the only innovative—and time-saving—use of BIM on the project. Having the AEC Collection at their fingertips made it easy for the HKS team to access valuable workflows beyond those in Revit. Civil 3D engineering design software was used for site planning and helped HKS streamline collaboration with the civil engineer. For construction planning and clash detection, Navisworks Manage project review software played a key role. Dynamo Studio proved to be a valuable contributor, too.

HKS used Dynamo to automate otherwise tedious manual processes. HKS created a command in Dynamo that automatically tracked and listed all changes in the model in a spreadsheet for the contractors, making it easy to scan for changes that could impact price. The contractor saved countless hours on the process of reviewing design iterations. HKS also used Dynamo to automate room renumbering—an infamously mind-numbing task.

“Numbering and renumbering rooms is tedious but necessary,” explains Gupta. “Our team created a simple automation in Dynamo that liberated our staff from the task. On a project the size of the Piedmont Atlanta Tower, it saved as much as a week of someone’s time. That’s time they can use to enhance the design instead.”

As construction moves ahead on the Piedmont Atlanta Tower, the project team believes that its fast-track approach has worked. For a project of its size and complexity, the Tower has generated few RFIs and change orders. The success of the connected approach is saving the client money and making the project more profitable for the contractor and the design team, thanks to performance incentives.

According to Gupta, the project serves as a model for the firm: “We connected everyone to each other’s models early and directly. The quality of collaboration increased, and we maintained a lightning-fast pace. Everything is quicker and leaner when our teams can collaborate easily on our BIM models.

“This was our first project using BIM 360 Design and the tools in the AEC Collection, but today we have more than 140 projects using a similar approach.”