See how Autodesk can help you improve your business. Learn more

Eccles reduces the amount of hand finishing needed with PowerMill.

The introduction of new interfaces for Autodesk’s PowerShape, PowerMill and PowerInspect manufacturing software proved very timely for Eccles Tooling Systems as it coincided with a significant transition in the company’s staff.

Eccles Tooling Systems is the trading name of H Eccles (Patternmakers) Ltd, which was founded in Oldbury, West Midlands, in 1945. Eccles is now located in Halesowen, near Birmingham, and faced similar problems to many established engineering companies. Older staff were reaching retirement age and it was difficult to find skilled replacements. The company met the challenge by recruiting apprentices and by introducing improvement programmes for the older staff it was able to recruit.

With the Autodesk software being central to the company’s operations, training in the programs was an important part of the introduction of the new staff and the benefits of the new interfaces soon became apparent.

“The new interface style is easier to learn so we were able to get people up to speed more quickly,” explained Neil Gerrard, Works/Production Director at Eccles. “It also makes the software faster to use, especially for new users. It leads you through the process, whereas previously you often needed to be an experienced user to find the right commands.”

Eccles introduced CADCAM during the early 1990s and now runs six seats of the PowerShape design solution, five of the PowerMill CAM programming software and three of the PowerInspect inspection program, one for a FARO arm and two for static CMMs. 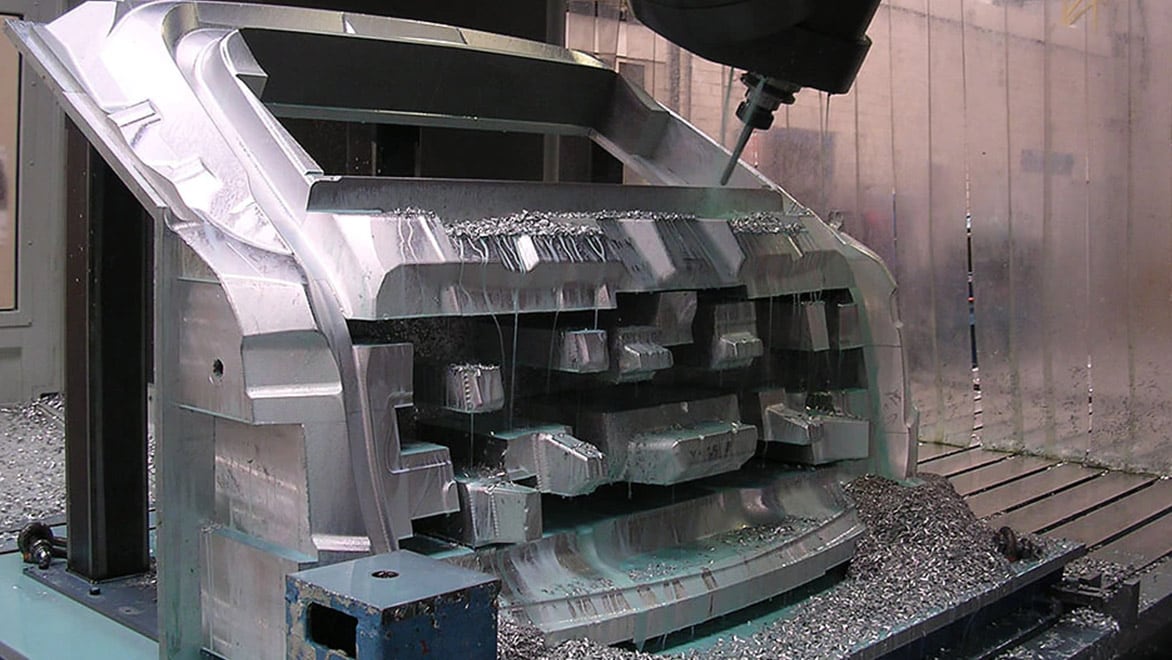 The combination of software allows Eccles to provide a full service, comprising design, machining and inspection, plus reverse engineering if required. The company has also maintained its hand-working skills, with Mr. Gerrard claiming that “hand work will never go away completely.”

The challenge of maintaining high quality in a growing company

A steady expansion of its capabilities has seen the arrival of ten CNC machines, all Correas, with the largest having a bed size of 8m x 2m. Two of the machines have full five-axis capabilities, with a further four able to undertake positional five-axis operations.

Eccles began as a patternmaker to the automotive industry but over the years expanded into supplying other types of tooling, including moulds, casting equipment, and jigs and fixtures, as well as prototypes and machined components. Similarly, the company has expanded its customer base, mainly in the aerospace industry and, to a lesser extent, in the marine and rail sectors.

Over the last five years, Eccles has put an emphasis on increasing its number of customers, often by taking on projects where other suppliers have claimed that they can’t be done. 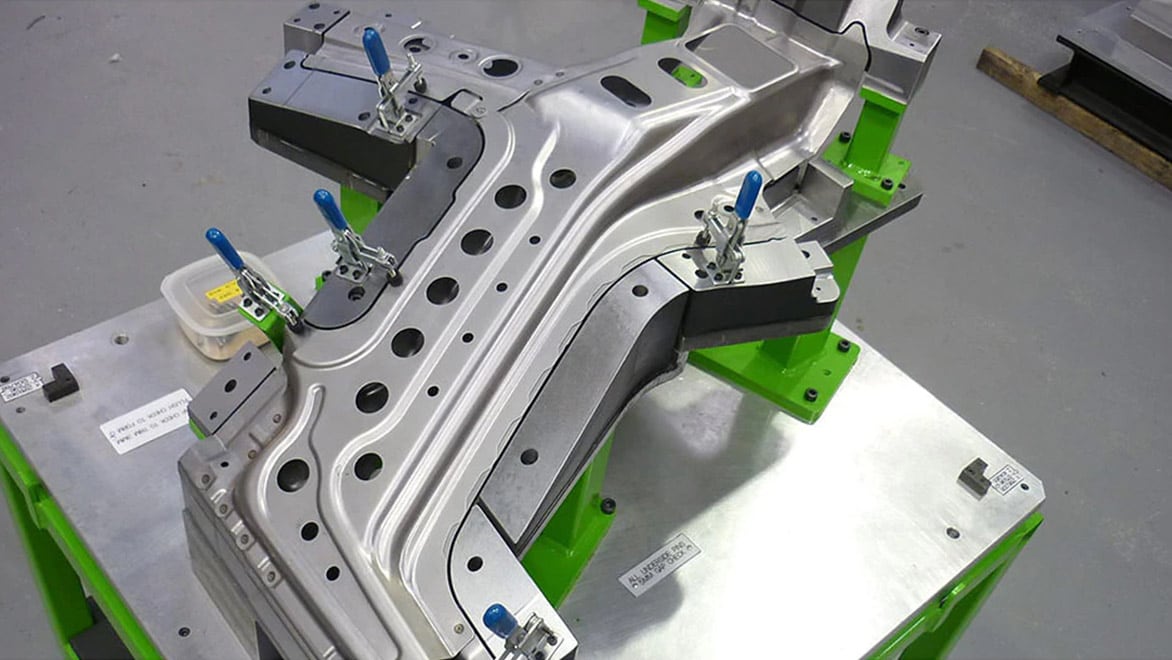 “Our combination of machines and software allow us to undertake more difficult jobs,” said Mr. Gerrard. “We like to take on a challenge, plus, when we are successful, the customer will often return with more routine work. Shorter lead times and consistent quality make us more competitive, and ensure that we keep customers that need the higher-level service we provide.”

“With our big machines, we are often making large components that used to need a lot of finishing. Now, they frequently come off the machine ready for delivery.”

Software capabilities that grow with the company

In addition to introducing the new interfaces across its manufacturing software, Autodesk has continued to develop the capabilities of the individual programs.

Mr. Gerrard highlighted how PowerShape has become more capable in dealing with data from other CAD systems used by his customers. In particular, it has become much easier to interrogate modified models of parts sent by the customers, to find the changes and update the tooling designs accordingly.

Eccles was an early adopter of programming on the shop floor and can program all ten machines with its five PowerMill seats simultaneously by running multiple sessions of the software. 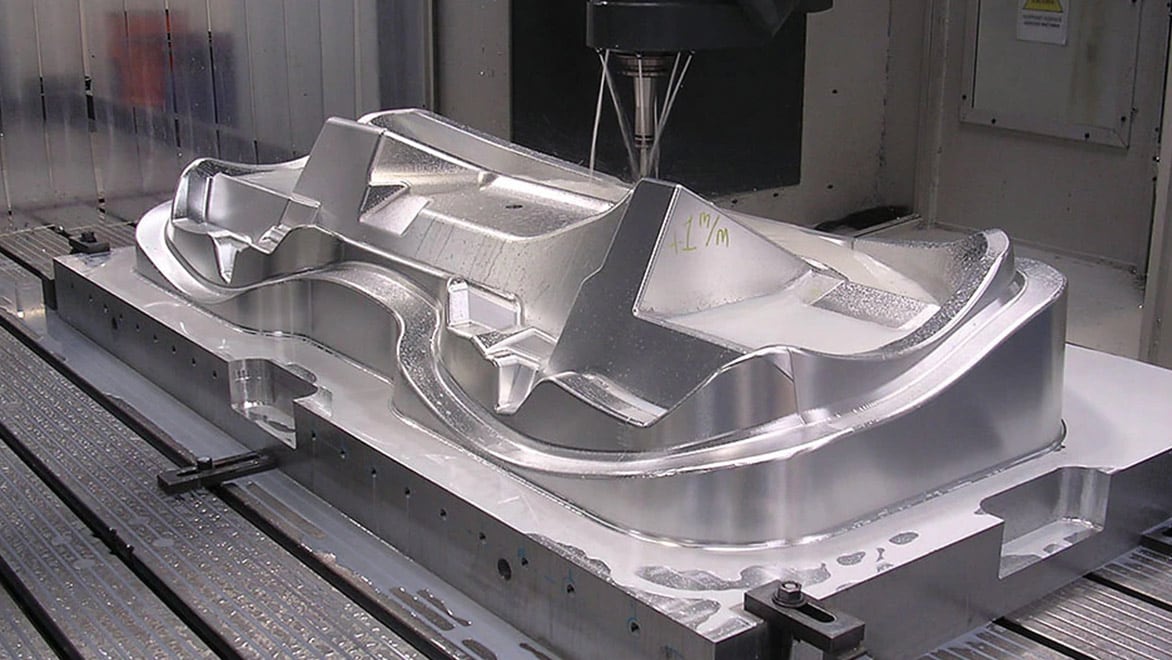 “Having PowerMill on the shop floor makes it easier to edit programs to reflect the cutters that are available and other changes,” said Mr. Gerrard. “In addition, the shop-floor operators can make small CAD changes, such as adding run-off surfaces or capping holes, without having to go back and forth from the design office.”

Enhancements in PowerMill allow Eccles to work more efficiently, in particular to get closer to a finished part on the machine, so reducing hand work and achieving more accurate and more consistent results.

“With our big machines, we are often making large components that used to need a lot of finishing,” explained Mr. Gerrard. “Now, they frequently come off the machine ready for delivery.”

Like most sub-contractors, Eccles sees increasing demand from its customers for comprehensive inspection reports. Reports from PowerInspect now need to be supplied with 99% of the jobs, with inspection often required both against the original CAD data of the customer’s part and against Eccles’s tooling design. Some customers even ask to be present while the inspection is taking place.

Inspection also forms an important part of the ongoing support provided by Eccles to its customers. The portability of the FARO arm means that worn tooling can be checked on-site to confirm whether or not it is still within tolerance, and to estimate the cost of any repair that might be necessary. 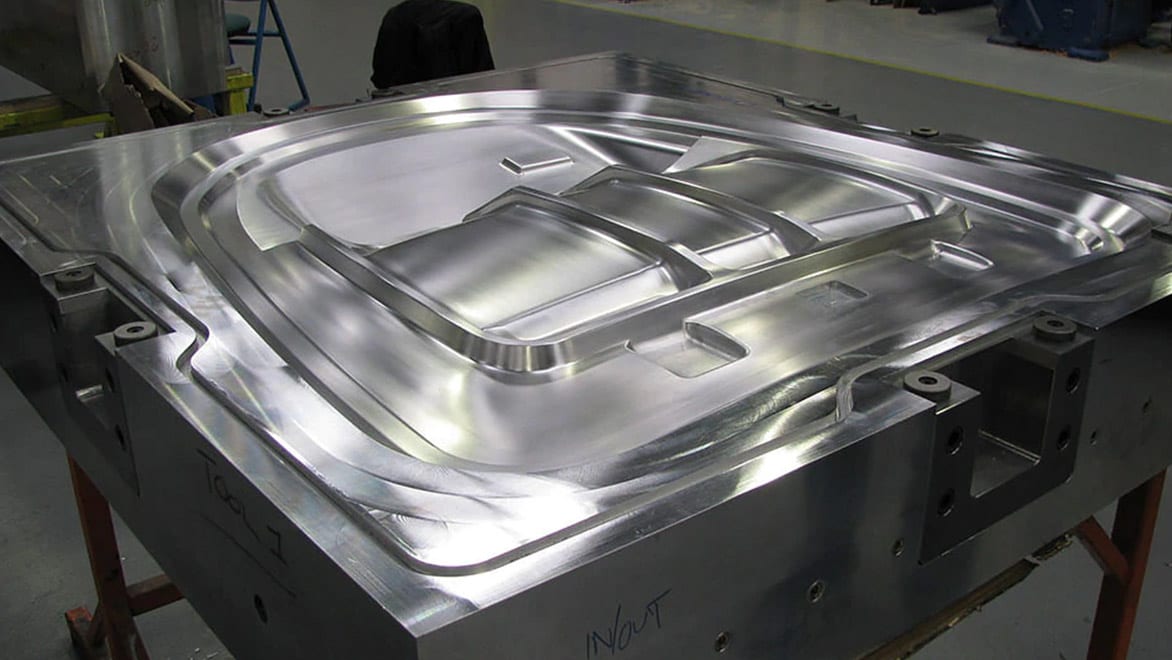 The future looks bright for Eccles with the new team built up by the directors. The company has projects going into next year and continues to recruit new apprentices attracted by the diversity of the work and the advanced level of the technology it involves. Further investments in machine tools are also planned.

Ready to get more out of your machines?

Use Autodesk software to produce higher quality parts straight from your machines.