When MT Højgaard, one of the Nordic region’s leading construction and civil engineering firms, recently expanded into its new headquarters in Søborg, Denmark, the company ran into a parking problem. The expansion, constructed on the parking lot of its prior building, had limited space for a new parking lot. The firm realized that it needed a new 300-space parking garage, but the initial design for the structure exceeded the budget. A longtime user of BIM (Building Information Modeling), the firm asked its virtual design and construction (VDC) department to explore and model potentially cost-saving alternatives. 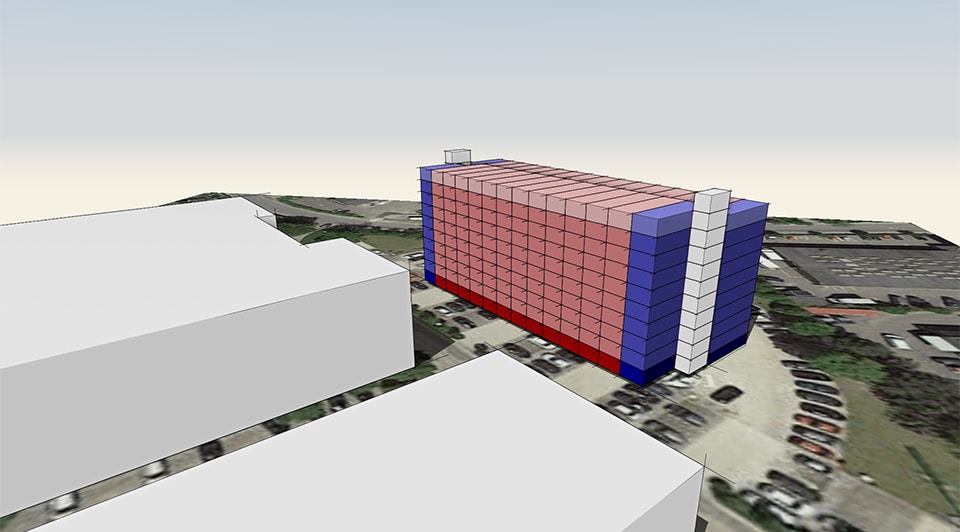 Specializing in large, complex projects, MT Højgaard has been an industry leader in the Nordic region for more than a century. The firm is known for projects such as the Great Belt Tunnel, the Moesgaard Museum, and Denmark’s Royal Library. With nearly 4,000 employees, the company has also driven projects such as the Millennium Bridge in London and Pont de Normandie in France, as well as a wind farm off the coast of the United Kingdom.

With an already efficient design as a starting point for the expansion, the VDC team realized that reducing costs might prove difficult, so it turned to Dynamo Studio computational BIM design software to explore more options quickly. “Dynamo Studio let us use computational design and a data-driven process to generate thousands of potential geometries for the garage,” says Jesper Wallaert, VDC specialist at MT Højgaard. “The idea is to explore as many options as possible without having to manually model each one.”

The team created rule-based parameters for the garage that defined required elements, including levels, lengths, number of spaces, structural standards, and more. As Dynamo Studio generated geometries for the garage, those rules kept the process focused on practical options, which then enabled the VDC team to review the best alternatives.

"Dynamo Studio let us use computational design and a data-driven process to generate thousands of potential geometries for the garage. The idea is to explore as many options as possible without having to manually model each one."

Although Dynamo Studio generated the alternatives, the firm needed more than just geometries—it needed to tie those ideas to costs. By linking Dynamo to Revit BIM software, MT Højgaard was able to do exactly that. Using automatically generated models in Revit, the team was able to perform takeoffs—a count of how much material will need to go into a project—and develop detailed cost estimates for the alternatives. The VDC team then linked Dynamo to Autodesk FormIT BIM-powered architectural modeling software to launch quick, high-quality visualizations of what the alternatives would look like.

To gain even deeper insights in potential cost savings, the team used Project Fractal, a cloud-based service that explores design variations of Dynamo Studio definitions, to which the team added cost parameters. The cloud-based analysis set up in Project Fractal provided cost details for items such as cost per parking space and costs per design element.

“We were able to review options very quickly,” says Sylvester Knudsen, a VDC assistant at MT Højgaard. “Dynamo Studio gives you the ability to use data to drive the design process and connect those explorations to other design tools. In meetings, we were even able to explore ideas in real time. If someone wanted to see a taller option with a smaller footprint, we could generate it immediately with Dynamo Studio. The connection to FormIt even let people with no Dynamo Studio experience to drive the process.” 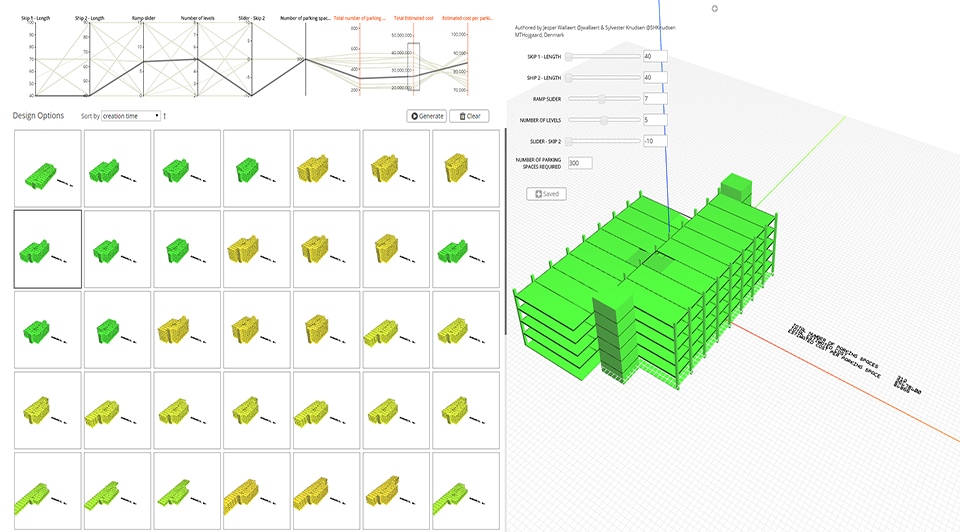 "After filtering to the most practical options, we modeled 10—all of them in half a day. Without Dynamo Studio, it would have taken about 3 or 4 days to model each one."

The Dynamo-based process let the team explore thousands of options, with the 10 most promising alternatives being uploaded to Revit for further review. The resulting detailed models enabled deeper cost analysis, which revealed a critical truth: the team would not be able to meet its cost goals. However, simply confirming that fact saved the company valuable time and money.

“After filtering to the most practical options, we modeled 10—all of them in half a day,” Wallaert says. “Without Dynamo Studio, it would have taken about three or four days to model each one. We avoided the time drain that can come with a cost-analysis process where you waste days modeling options that don’t solve the problem. More importantly, we now have a rule-based process for generating parking garage models that meet all the requirements of the Danish market. A client can come to us with their project needs, and we can generate multiple options with precision pricing in no time.” 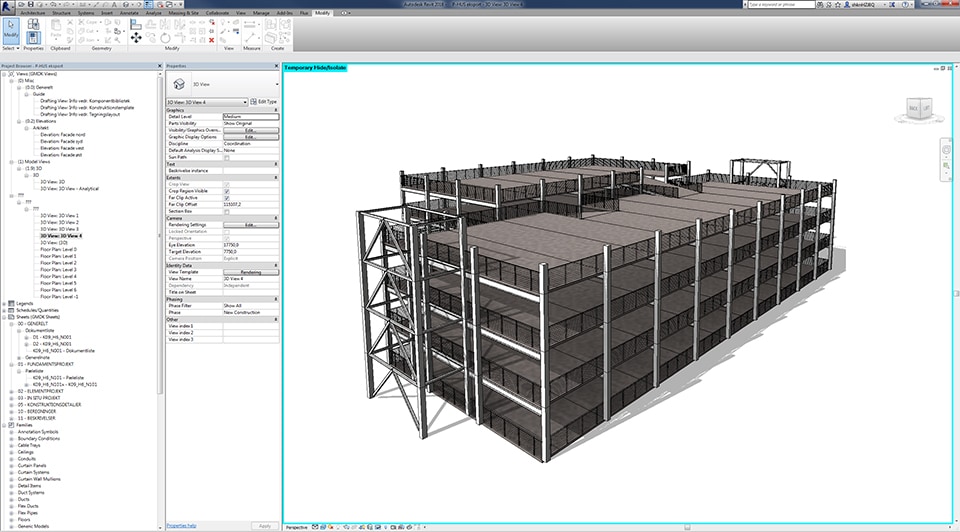