“The model helps us design for improved constructability and more efficient operations and maintenance. Using the model as a reference, operations staff from the client helped us understand how to optimize the plant for maintainability and safety.”
— Matt Lees, BIM specialist, Atkins

A joint venture partnership of Galliford Try Costain and Atkins (GCA JV) is currently completing work on a £150 million expansion of the Liverpool Wastewater Treatment Works. The joint venture was specifically set up to deliver detail design and construction for United Utilities Asset Management Programmes, and has been in partnership with the company for over 12 years. The completed Liverpool program will provide the works with the capacity to deal with 960 mega-liters per day, serving the needs of more than 600,000 people.

Rather than rely on the traditional 2D workflows for detail design of this flagship project, the GCA JV Board of Directors recognized that the delivery of the project could be greatly enhanced by employing Building Information Modelling (BIM). As civil and structural detail designers for the project, Atkins, one of the world’s largest engineering consultancies, with more than 100 offices in the United Kingdom, was charged with leading the implementation of the BIM strategy.

According to Paul Heath, BIM lead adopter for Atkins Water Operations, BIM has proved to be a time- and cost-saving asset on the project: “A BIM process is built around 3D models, and helps the whole team to better understand the project before and during construction. Large, complex projects progress with fewer issues when you use BIM. There were numerous instances of problems avoided and value engineering opportunities recognized early in the design stages of the project, which greatly contributed to cost savings.”

The client, United Utilities, was responsible for the concept and definition phases of the project, with GCA JV taking over for the implementation phase and providing detailed design and construction services. A number of complexities stood out on the project. The new plant is located in an existing operational dock, which is subject to a preservation order by English Heritage. This meant that the design had to avoid damage to the walls. The dock was also still operational, so the gates had to be closed and a permanent closure constructed prior to dewatering, sand infilling, and piling.

“A facility of this type and size would typically occupy a huge swath of land,” says Heath. “You expect acres of space to work with, but on this project the footprint is very confined. The solution was to go up rather than out, so there are eight treatment cells over another eight treatment cells. We thought that designing in 3D could help us manage all that complexity, and that using Navisworks Manage software could help us coordinate all the models required by the project.”

Starting with the main SBR (sequence batch reactor) structure, the design team created a 3D model of the piles, base and wall starters, cutting 2D plans, and sections from the model using AutoCAD and AutoCAD Plant 3D software. The 2D drawings were then sent to the Global Design Centre in India for reinforcement detailing. The speed demonstrated in this “new” workflow helped to quickly allay any concerns that designing in 3D would slow down the production of the 2D construction drawing deliverables. 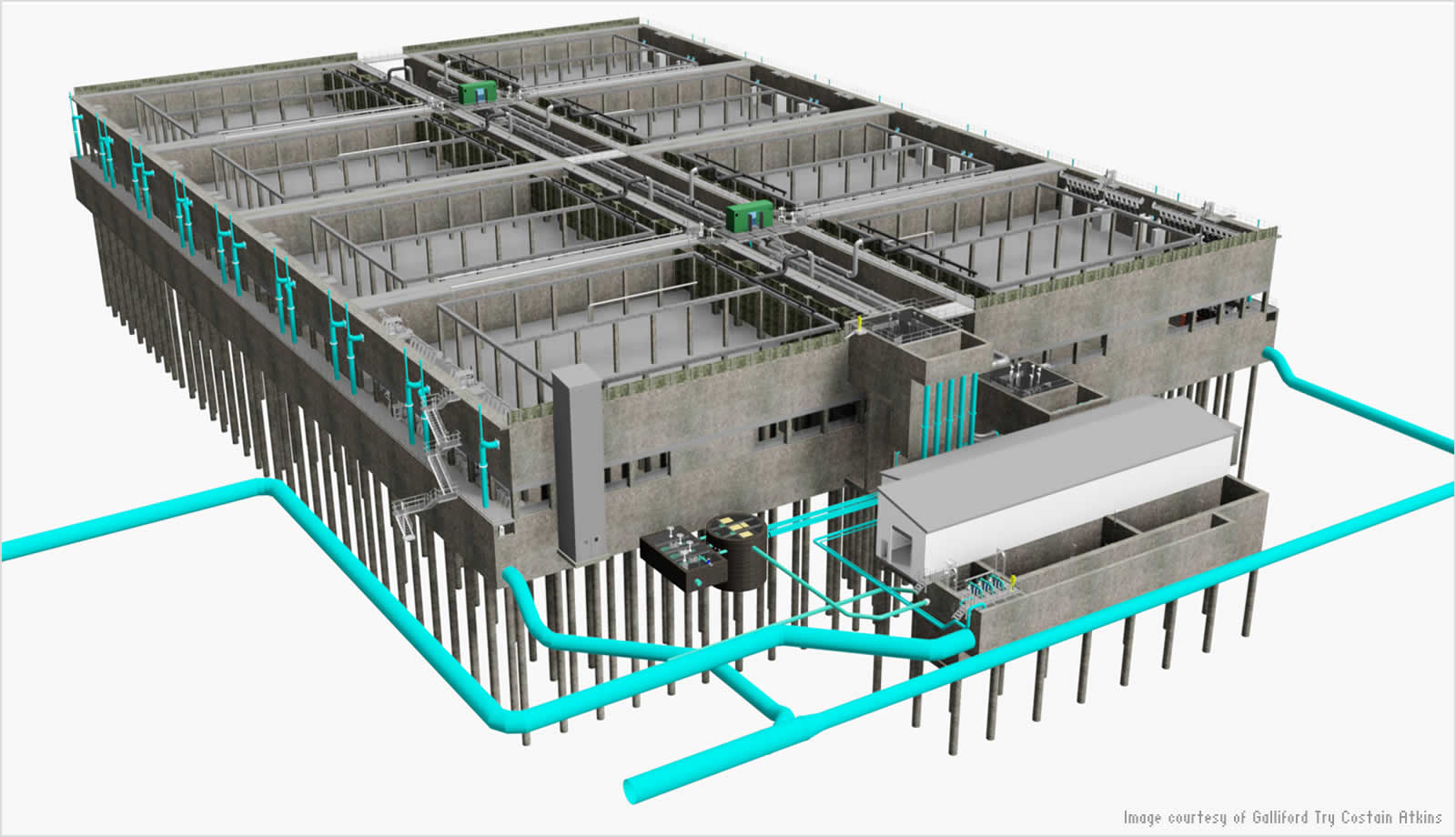 Matt Lees, BIM specialist for Atkins, explains how the design team overcame reluctance to use BIM. “We designed in 3D from the outset, and then generated 2D drawings from the models,” he says. “Those who were hesitant saw that you can easily create a 2D drawing from the 3D model if you need one. People realized they could get the advantages of 3D without a downside.”

“Interestingly, we did have a few project participants who chose to use 2D workflows against our advice or requirements,” adds Heath. “It’s been a relatively issue-free project, but those 2D-based processes have been a large part of the few issues that we have encountered.”

On a project the scale of the Liverpool Wastewater Treatment Works, there are dozens of participants, with subcontractors and the equipment supply chain submitting detailed models and designs for their particular elements of the project. The detail design itself even involved an AutoCAD Civil 3D model, which was used with barometric survey data to help calculate silt volumes contained in the dock prior to construction commencement. The team also used Navisworks Manage software to create a federated model of the project for coordination and design review. The team used the model to engage partners, suppliers, and the client’s operations personnel early in the design process to help provide a more optimal solution. 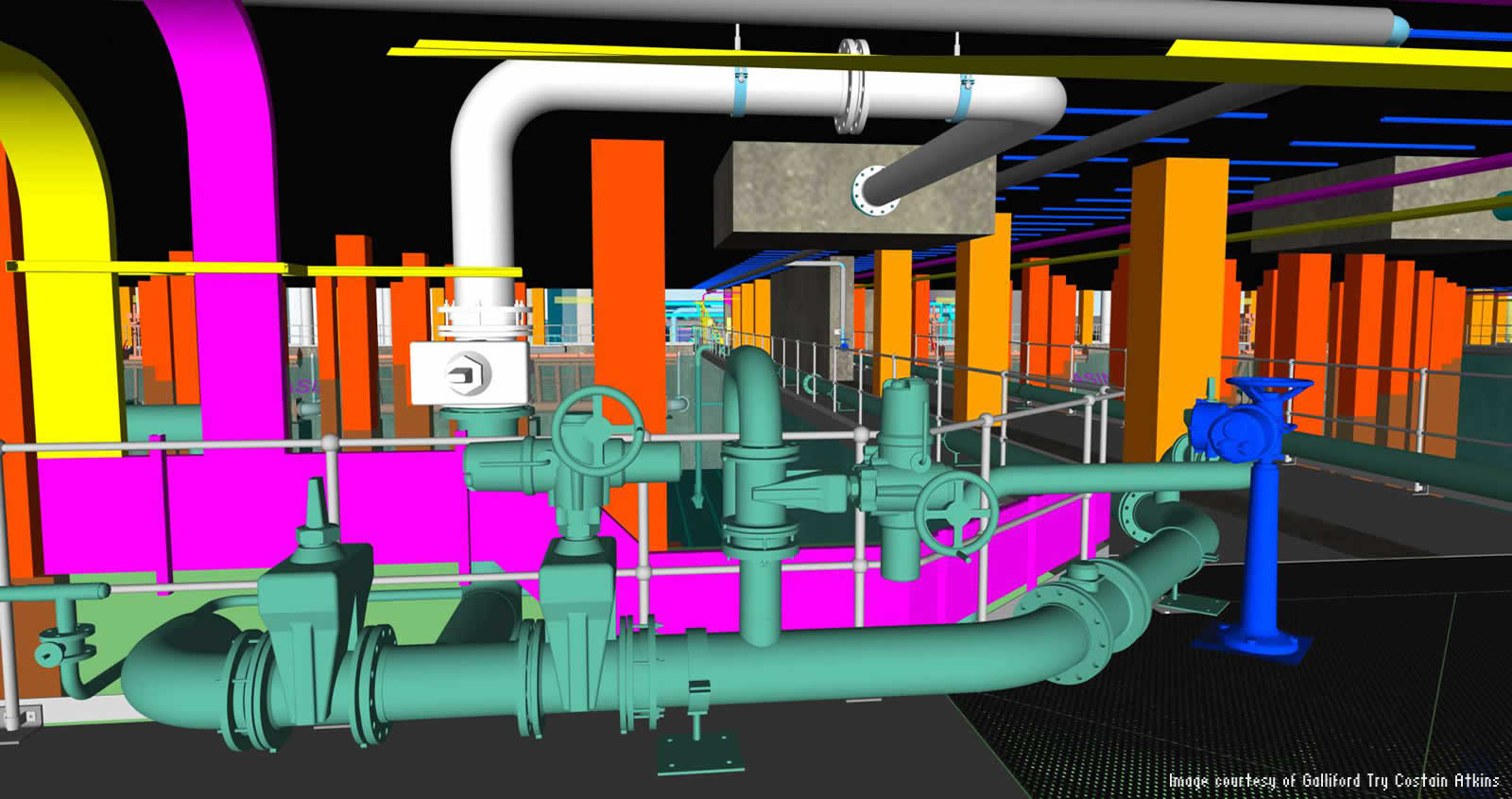 “Working in 3D became the norm for the team very quickly. We estimate that it has helped save hundreds of hours on design alone and the improved coordination is also helping to reduce costs.”
—  Paul Heath, CAD Manager, Atkins

“We brought more than 450 models into Navisworks,” says Lees. “Navisworks handles far more than just Revit or Plant 3D and AutoCAD. Vendors sent equipment models created in Inventor and SolidWorks software. Having the model helped us to design out potential clashes early in the process.”

Lees adds that: “The model helps us design for improved constructability and more efficient operations and maintenance. Using the model as a reference, operations staff from the client helped us understand how to optimize the plant for maintainability and safety. When we’re done, the utility will have a virtual plant in Navisworks to which we can add equipment details to facilitate asset lifecycle management.”

Modeling infrastructure construction and beyond

In addition, the Navisworks model was used by organizations in the supply chain for pricing exercises. Rather than using a labor-intensive process of developing traditional 2D drawings, suppliers were encouraged to measure from discipline-specific models that showed design intent. This helped reduce the risk of measurement errors, contributing to improved accuracy and leaner pricing. The successful suppliers were contracted to supply their own detailed design models, which replaced the design intent models.

“We coordinated and sequenced construction well in advance,” says Heath. “The 4D model let us rehearse the construction and helped us look for ways to reduce costs, improve safety, and work more efficiently. For instance, the model proved invaluable as we value engineered the pumping station. The changes resulted in cost savings. Using a model helped afford us the opportunity to improve buildability, operability, and maintainability at the same time.” 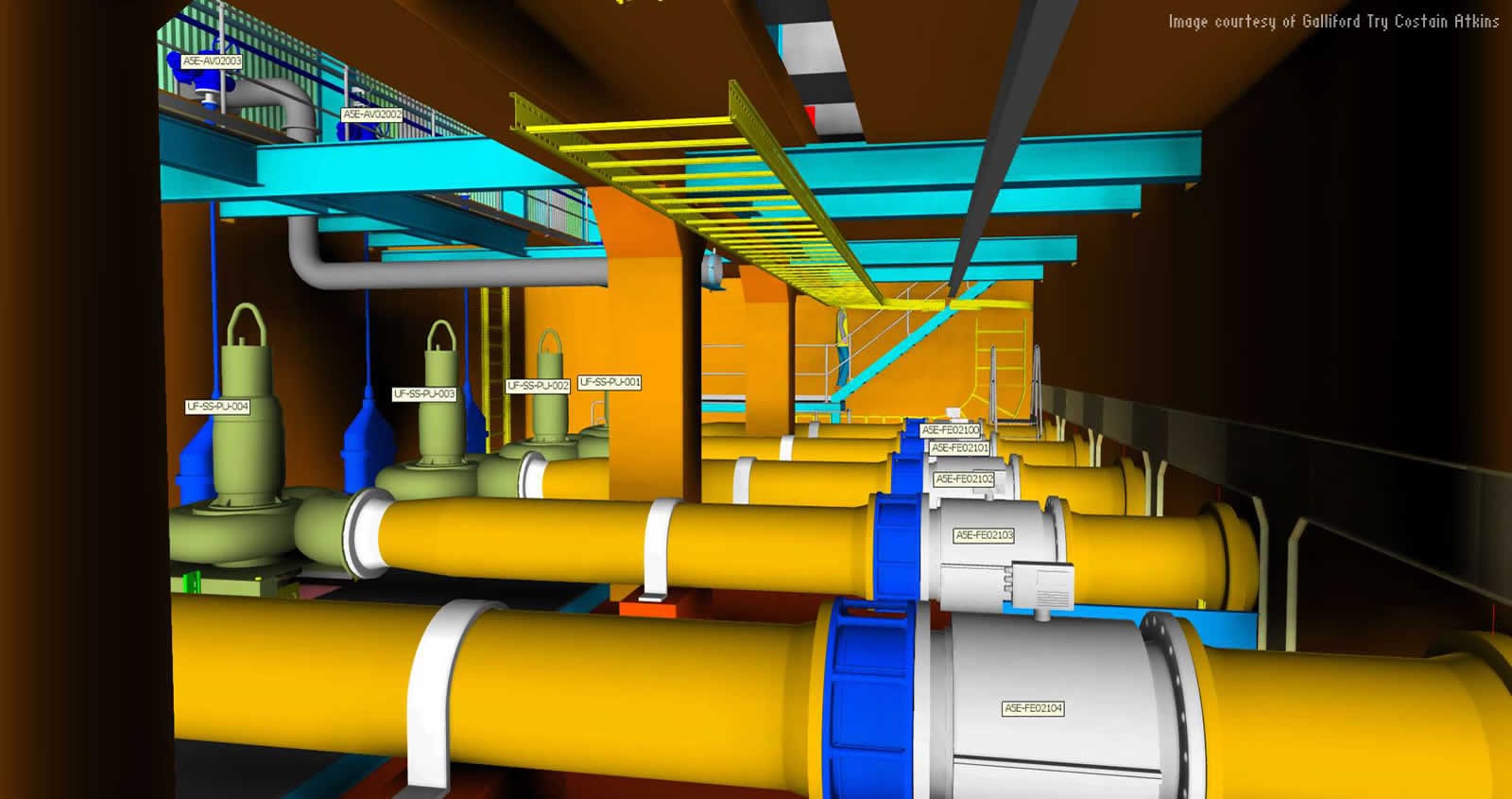 As the project advances to completion, the team is pleased with its implementation of BIM. “A model is useful at the beginning of a project, during construction, and later during operations,” says Heath. “Working in 3D became the norm for the team very quickly. We estimate that it has helped to save hundreds of hours on design alone and the improved coordination is also helping to reduce costs. On a project of this size and complexity, up to a hundred clashes would probably be a conservative estimate with a traditional 2D workflow. If you assume each undetected clash could cost you about £1000 in lost time and rework, then you are looking at major savings through clash detection supported by Navisworks Manage.”

The success of BIM implementation was ably demonstrated by the recent completion of 386m of large diameter process pipework ranging from 1600mm to 2200mm. The pipework was designed in the BIM model, fabricated off site, and installed between a number of fixed points with no on-site cutting. 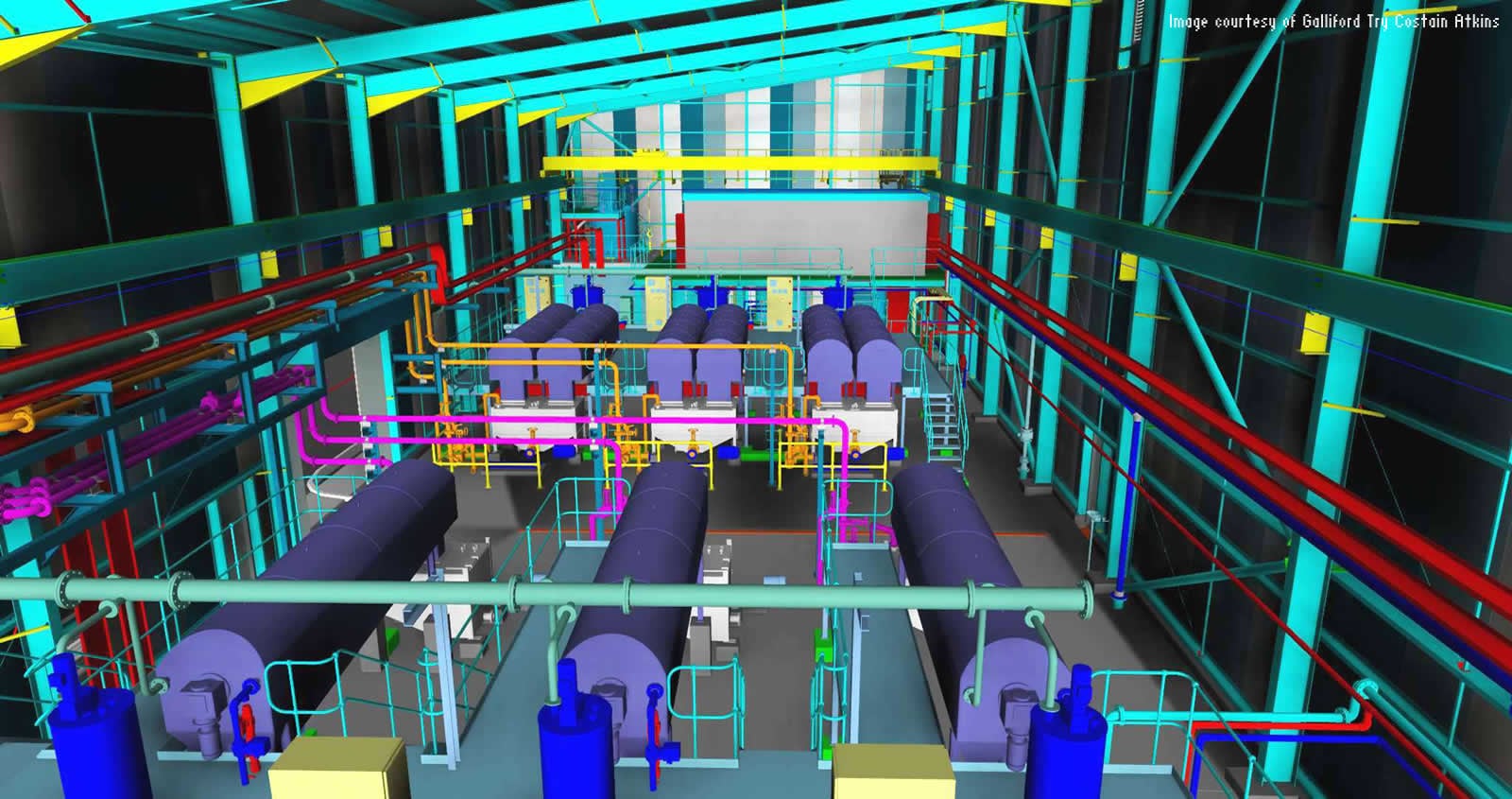 Referring to the pipework as an example, Lees noted, “This is a true testament to collaboration between design and construction. Working closely with the BIM design team, GCA Site Engineering carefully monitored each invert level, centerline, and pipe rotation. We were able to interrogate the model at any point during construction, giving our site supervisors the information they needed to replicate the 3D model. It’s also good to know that there will be no work to do on the as-builts for these pipes, other than altering the drawing’s revision.” 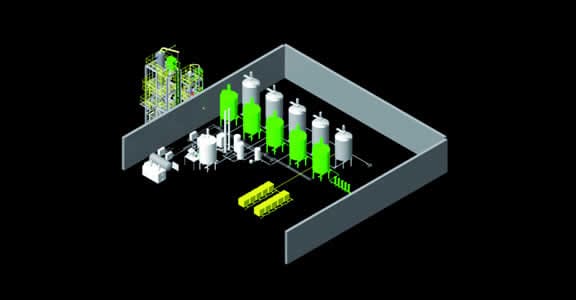 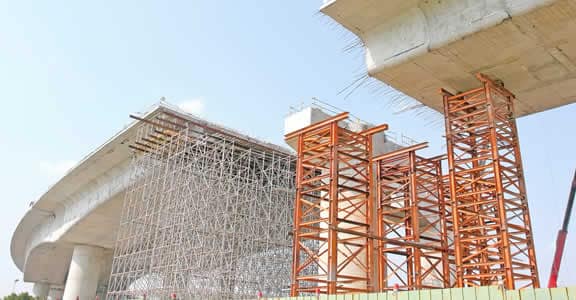 McGraw-Hill Construction's report on The Business Value of BIM in North America explores why BIM implementation has increased over the last few years. 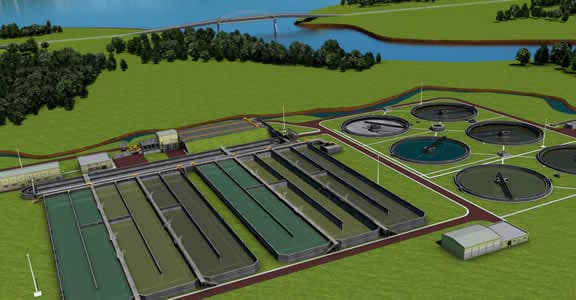 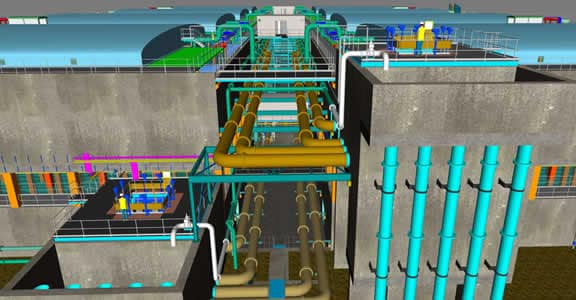