“We pay attention to details and strive to be the professional standard for quality and reliability in mechanical construction. Autodesk Fabrication CADmep software helps us achieve that goal. We are more accurate, efficient, and deliver more innovative building strategies.”
— Eric Beck, Project Manager J.C. Cannistraro, LLC

The University of Massachusetts Boston is in the midst of a major infrastructure project involving the development of a new utility corridor and roadway network for its 175-acre campus overlooking Boston Harbor. As part of the project, the school’s existing 40-year old central utility plant will also be upgraded to a more energy efficient primary and secondary pumping arrangement to serve the campus’ hot and chilled water utility loop. The upgrade includes four 2,000-ton centrifugal chillers, three 800-horsepower hot water boilers, and one 400-horsepower hot water boiler. The new hot water system has piping sizes up to 16 inches in diameter and the chilled water system up to 30 inches.

J.C. Cannistraro—a mechanical construction firm headquartered in Watertown, Massachusetts— provided HVAC fabrication and installation services for the project. Cannistraro has invested significantly in both Building Information Modeling (BIM) and prefabrication technologies to improve quality and efficiency. The firm was an early adopter of BIM, fully implementing Fabrication CADmep in 2003.

“The campus operates 24 hours a day all year long, which complicated the logistics of the project and the systems installations,” explains Cannistraro’s project manager Eric Beck. “To keep the campus running, we had to install temporary chillers and repipe the 400-horsepower boiler to serve the campus while the balance of the heating plant was upgraded.” But the installations had to be done within a very small window: a weekend in the spring to install system isolation valves for both the 400-horsepower boiler and 30-inch chilled water valves to isolate the campus/ temporary chillers from the central utility plant chiller piping upgrades.

Furthermore, many services running through the plant were not affected by the HVAC update. These systems—including electrical, domestic water, and fire protection—had to remain undisturbed while Cannistraro upgraded the HVAC systems. “We had to fit a large amount of substantially-sized piping through this maze of existing services, without reliable as-built documentation for the plant,” says Beck.

In addition, the existing plant is below ground and features concrete construction, including the roof. “We were not permitted to attach hanger rods to the underside of the deck, only to the sides of the concrete beams that were supporting the deck,” says Colin Detra, Cannistraro’s HVAC coordinator on this project. “This limited our pipe hanger locations, requiring careful layout of the new piping systems.” 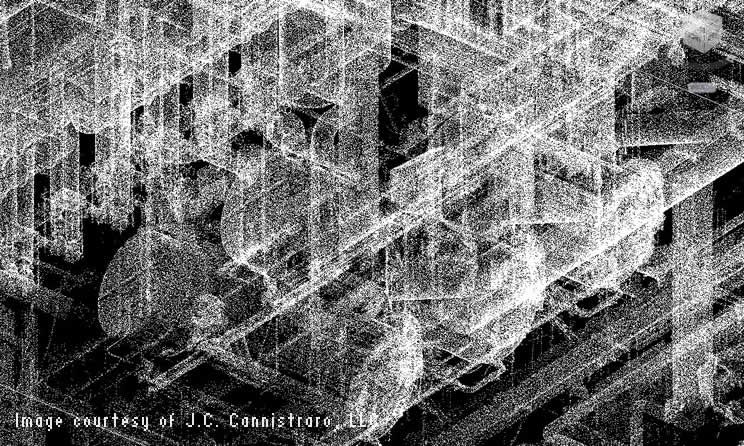 “Given our limited time to install the temporary systems and the large number of systems we had to connect, BIM-enabled prefabrication was a perfect fit on this job,” says Beck. “We used Fabrication CADmep software to create 3D models of the existing plant, the temporary systems, and the new systems. This helped us coordinate the new HVAC systems and hangers with the existing connections and services, and prefabricate a tremendous amount of work.”

Instead of traditional tape measures and plumb bobs, Cannistraro captured the existing conditions of the plant with laser scanning technology. “I used the resulting point cloud as a reference to build a model of the existing plant, turning everything (from three-quarter inch conduits to 30-inch chilled water piping) into 3D objects,” says Detra. “Then I used this model and the software’s 3D modeling environment to precisely layout all the new systems—more effectively coordinating the 50-plus connections and finding suitable locations for the hanger roads, while helping avoid interferences with existing services.”

“We use prefabrication whenever possible,” says Beck. “It gives us a controlled environment and lets us perform months of work beforehand— helping to increase project quality and safety while minimizing project cost and schedule.” Fabrication CADmep software plays a critical role in that process, helping Cannistraro automatically produce intelligent shops drawings from the project model with the necessary level of detail for fabrication, including manufacturer-specific content and components. 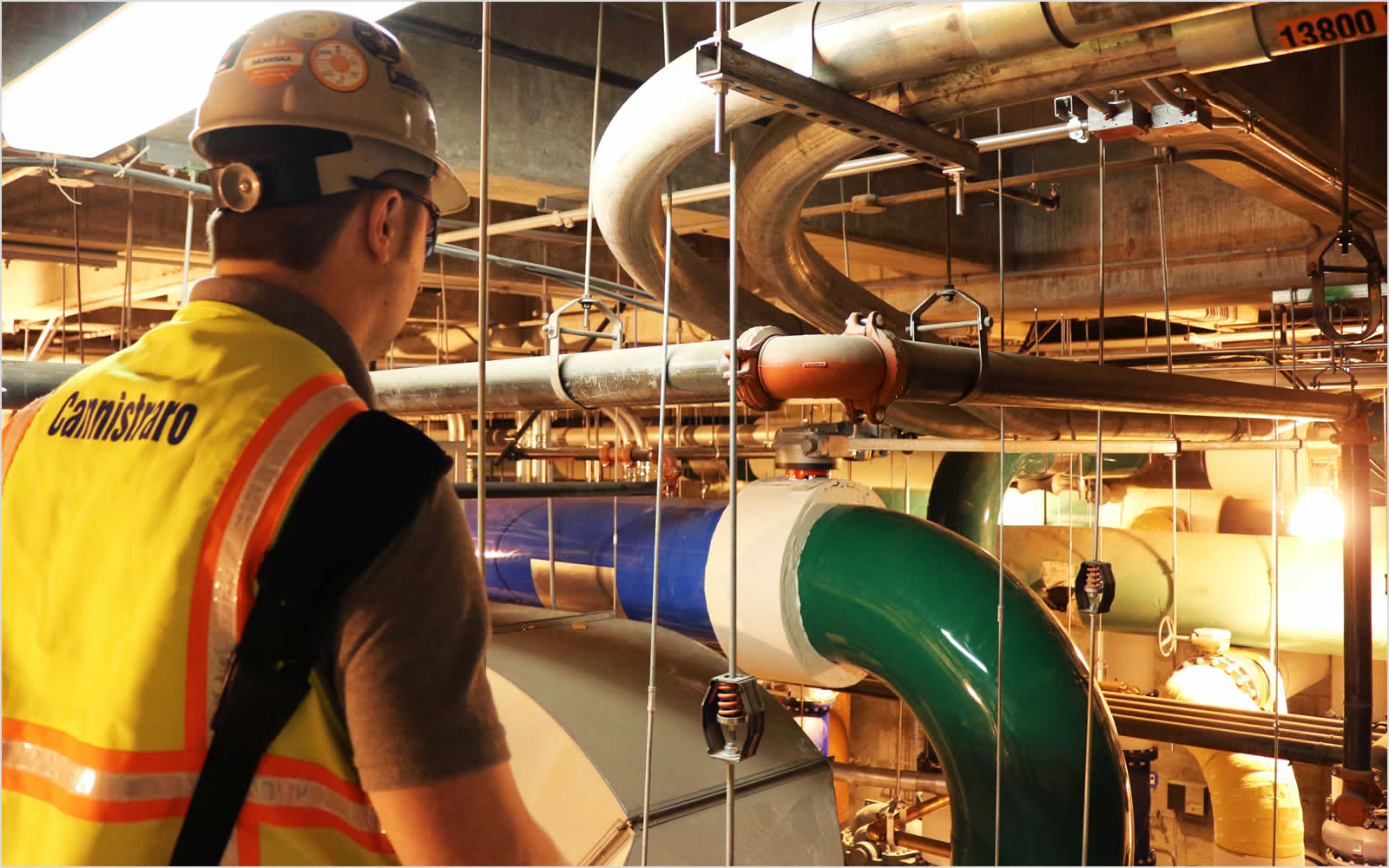 The systems needed to be installed in extremely tight existing conditions, but the use of technology helped them get the systems installed and running within a day.

“We generated several hundred spool sheets for this project,” says Detra. “With support from Fabrication CADmep software, it took half the time to create these sheets than it would using 2D drafting software and the quality is better.” In addition, the Fabrication CADmep software model has the intelligent data to drive automated welding machines, translating to almost 9,500 inches of x-ray-quality welding on this job.

“We generated several hundred spool sheets for this project. With support from Fabrication CADmep software, it took half the time to create these sheets than it would using 2D drafting software and the quality is much better.”
— Colin Detra, HVAC Coordinator J.C. Cannistraro, LLC

The project is currently in the late stages of completion. “For the temporary installations, we didn’t even need the whole weekend,” says Detra. “We had the systems installed and running within a day.”

“We pay attention to details and strive to be the professional standard for quality and reliability in mechanical construction,” says Beck. “Autodesk Fabrication CADmep software helps us achieve that goal. We are more accurate, efficient, and deliver more innovative building strategies.” 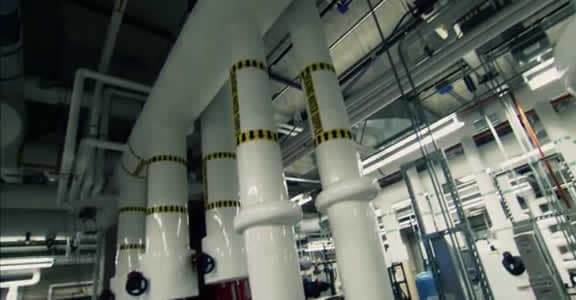 The mechanical and electrical consulting firm designs, analyzes, and documents complex building systems and wins projects because of its use of BIM. 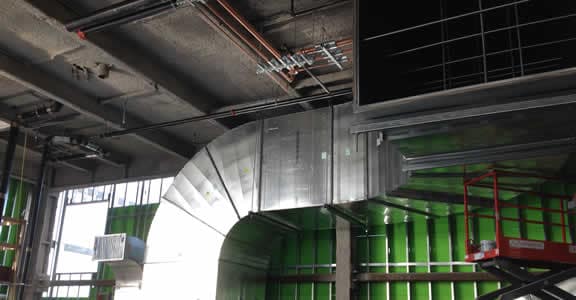 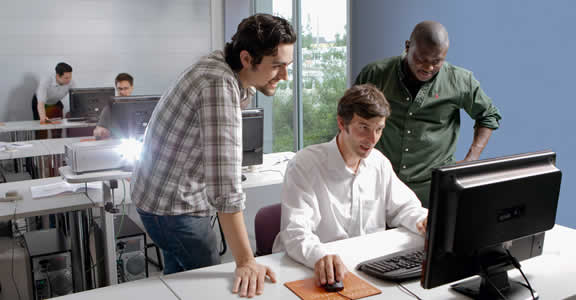 U sing BIM, the company’s designs are more accurate, efficient and innovative, helping to make the University of Massachusetts’s utility plant more efficient.