Prota Engineering uses Autodesk Revit BIM (Building Information Modeling) software throughout the entire lifecycle of its projects. The software recently helped the team design what will become one of Istanbul's busiest metro lines. It's part of the city's first fully automated subway system and one of the first self-driving metro lines in the world. With BIM providing real-time updates during construction, Prota Engineering estimates it saved nearly three years by eliminating the as-built project stage.

Headquartered in Ankara, Turkey, Prota Engineering has provided design, engineering and consultancy services for clients in more than 20 countries for more than 30 years.

Because of its experience planning and designing light rail systems, bus lines, airports and train stations, among other structures, Istanbul Metropolitan Municipality called upon Prota to design much of its metro rail line project—the city's first fully automated subway system and one of the few self-driving metro lines in the world.

Using BIM virtually eliminated Prota's as-built project stage, which shaved nearly three years off its timeline. Istanbul Metropolitan Municipality was impressed enough with the results achieved with BIM that it decided to incorporate the technology into additional metro line projects. 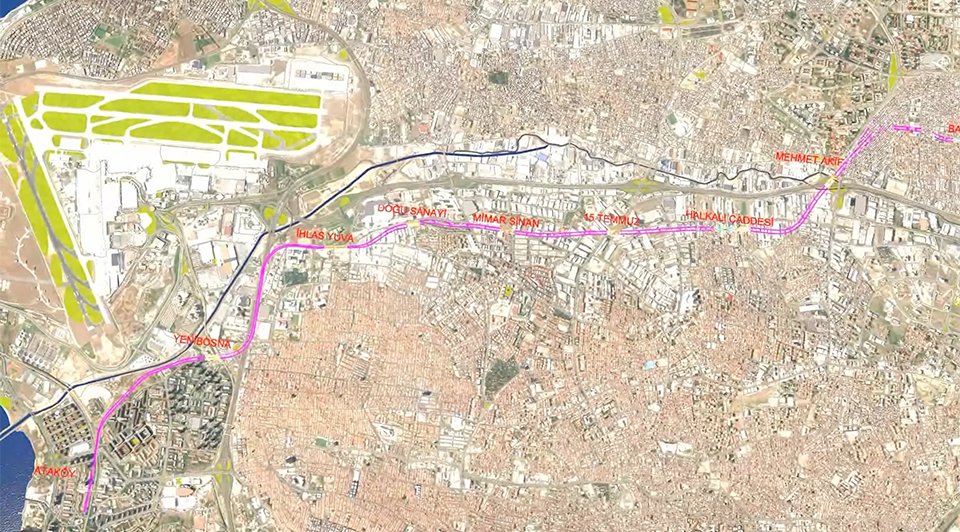 Map of the Atakoy-Ikitelli Metro Line in Istanbul, Turkey

A historic city gets a "smart" subway upgrade

The agency plans to build a total of 284.7 kilometers of new metro rail lines, with the goal of establishing 1,000 total km of subway lines by 2023. The initiative includes building five new rail lines and 50 new stations.

The M9 Atakoy – Ikitelli metro line passes through some of Istanbul's busiest arteries across five districts. Stretching 13.5 km, the M9 integrates with six other metro lines and includes 11 stations. When it's complete, Prota expects the line to carry about 500,000 passengers daily. 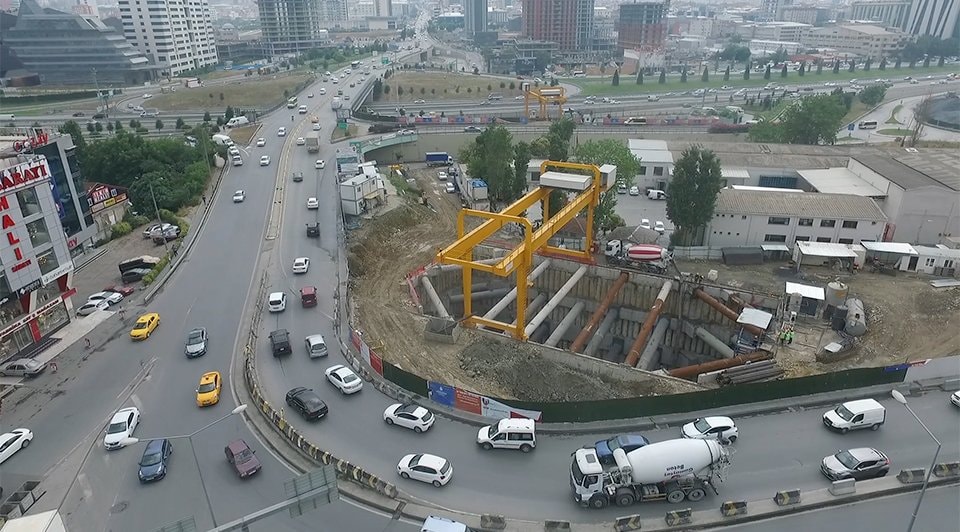 All hands on deck

The project's large scale means lots of hands involved. M9 design and construction involves about 150 contractors and more than 2,000 individuals. Efficient collaboration is key for the project's success.

Prota enlisted design teams in Istanbul, Ankara and Izmir for the project. Because the line integrates with six other metro lines, Prota also had to communicate and collaborate with designers and engineers involved in other metro line construction projects.

In one case, Prota identified a 380-kilowatt electricity line located near Bahariye station. To work around the line, "We changed the concept design to two concourses in the early phase of the project," Öktem says. "With this design change we prevented four months of time loss."

The Prota team used 3D laser scanners to capture images of buildings around proposed station locations. They integrated that information into an Autodesk Revit model using ReCap. This allowed them to work with point clouds to pinpoint shaft and station locations. The InfraWorks Traffic Simulation tool help the team analyze traffic flow around the stations. 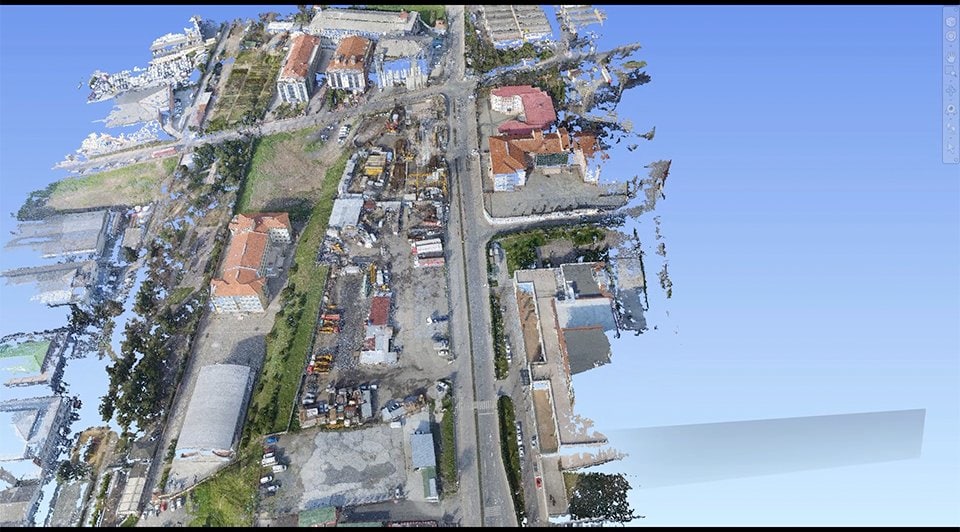 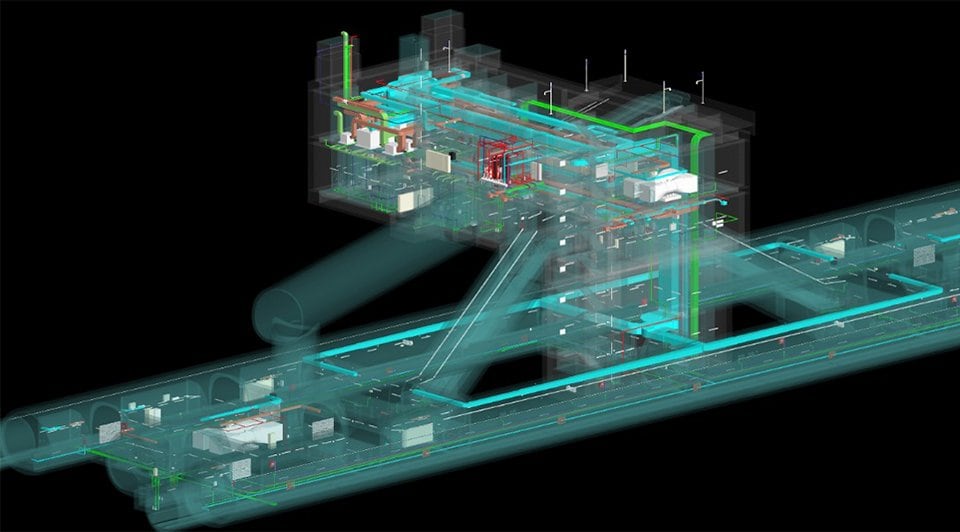 During coordination meetings, team members examined prepared models in Autodesk Navisworks. They discussed design and technical issues using the models, shortening decision time. Öktem says Prota collected 505 total comments at coordination meetings for six stations. They resolved 69 of them and left 31 active for resolution during later stages. "All stakeholders agree we couldn’t have resolved these comments without BIM," she says.

During final design, for example, the Ataköy station clash detection process revealed 620 total clashes for all disciplines and increased to 1,718 depending on level of detail. At the end of five meetings, Prota resolved 855 issues with the aid of Navisworks.

When Istanbul Metropolitan Municipality started planning its ambitious rail system expansion, it knew it wanted to plan, design, construct, and manage the project more efficiently than past transportation projects. BIM processes helped save months off the construction timeline.

Procurement companies used room layouts from 3D models instead of 2D deliveries to make 3D shop drawings that adapted to BIM workflow. The M9 models were updated according to site information and existing conditions using BIM. 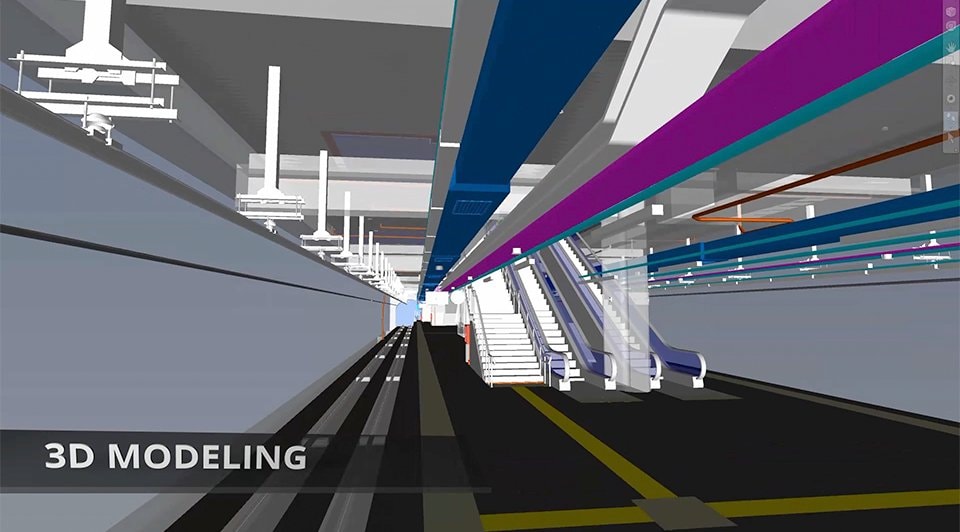 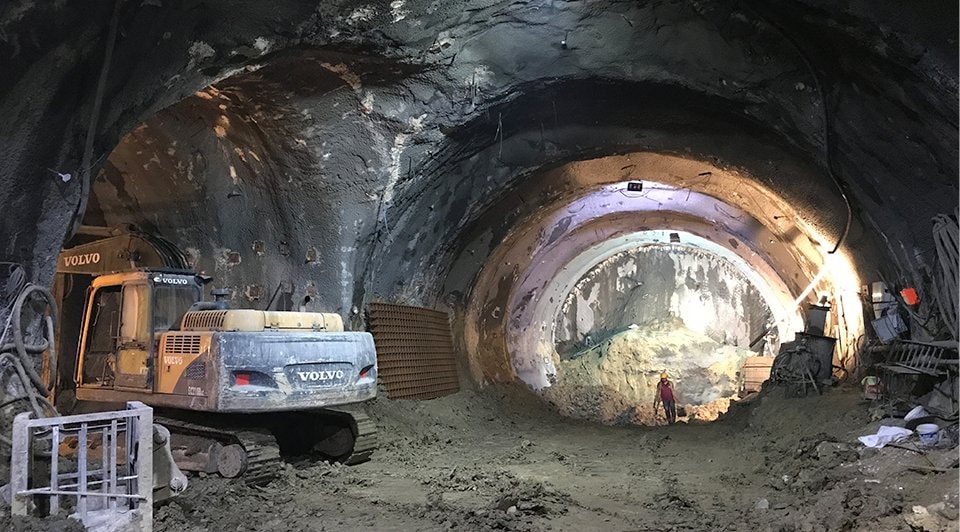 A tunnel on the M9 line in Istanbul

During the early phases, Prota prepared simulations for the tunnel boring machine (TBM)—a critical activity for underground lines. In one simulation, Prota noticed concrete platform construction was not complete when the TBM platform, which supports the machine, reached the 15 Temmuz stations. Armed with this information, the contractor's planning team could make necessary scheduling revisions.

A fire protection design team used Autodesk CFD Vibration analysis to set up smoke visibility and fire analysis in all stations and surrounding areas. The analysis helped to increase passenger and building safety.

With the automated metro line project, Istanbul Metropolitan Municipality has a goal to reduce carbon emissions annually by 77,246 tons. It estimates the new lines will take 15,424 vehicles off the road, which goes a long way toward its goal.

To help meet the municipality's sustainability goals, Prota designed most stations with parks and green spaces. Construction teams will plant a total of 10,000 trees.

Stations will include skylights to save energy. To design these, Prota transferred energy and light values into Revit and imported them into DIALux software. In DIALux, designers could finalize lighting and skylight placement to achieve their energy and lighting goals.

BIM technology allowed Prota Engineering and the dozens of other contractors to collaborate efficiently between multiple teams and locations. In the design phase, BIM helped shorten decision time, boost productivity and assist in the purchasing process.

The contractor realized 30% cost savings due to more efficient collaboration with manufacturers. By resolving complex issues in the infrastructure and design phase, the construction process was shortened by four months. And by eliminating the as-built project stage, Prota gained a couple years or more—time it can devote to its next infrastructure project.

While some government agencies hesitate to adopt new technology, Istanbul Metropolitan Municipality realized significant benefits by adopting BIM for one of the world's most advanced transit systems.