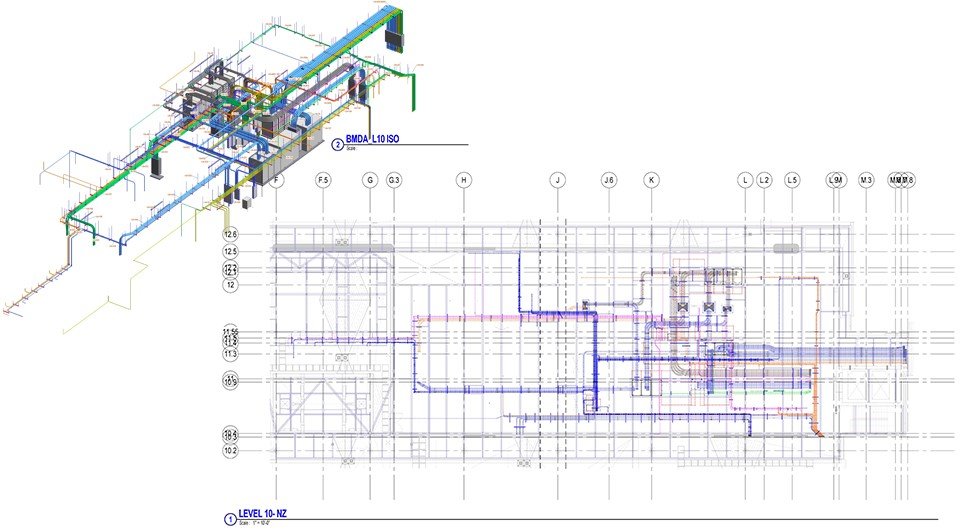 BIM keeps construction plans out of the eye of the storm

Serving the health needs of Jacksonville, Florida, the Baptist Health MD Anderson Cancer Center (Baptist MD Anderson) brings dedicated cancer care to North Florida. The new nine-story, 600,000-square-foot project opened on time in September 2018. At the height of the construction process, in September 2017, the construction team confronted a potential schedule buster that’s difficult to anticipate in even the best preconstruction planning—a hurricane. As Hurricane Irma headed toward Florida, Miller Electric, the electric contractor on the project, looked at precise BIM (Building Information Modeling) plans for the project and rapidly changed them to account for the coming weather onslaught.

Baptist MD Anderson is located in the downtown Jacksonville. It sits next to an interstate highway and busy surface streets, with a river just a block away. The site offered little room to stage and store construction materials for any trade. Miller Electric won the job by going beyond proving that its team could wire the building and support the installation of the advanced medical equipment. It took the unusual step of showing how it would use BIM tools for modeling, fabricating, and installing electrical assemblies.

“Many complex jobs require the use of BIM these days,” says Alan Creel, vice president of preconstruction services for Miller Electric. “But there can be the expectation that BIM is mostly for coordination or clash detection. We use a process that links models to fabrication and the schedule. It’s like we build the project virtually before the first shovel ever hits the ground. We demonstrated how we could fabricate off-site and install on-site without requiring a storage area. Our approach was perfect for the job, and Miller Electric won the work.” 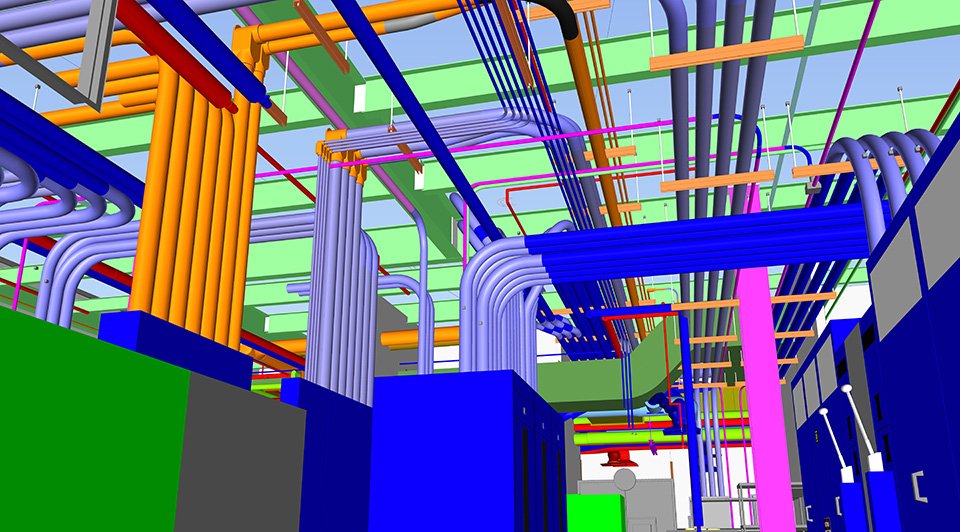 “We asked ourselves how we could get the most out of our workflow. It’s about creating a workflow that makes sense for us and all our trade partners. We were able to achieve a 100% success rate with our prefabrication and installation process. That’s because the information—the data—behind the process was so accurate.” 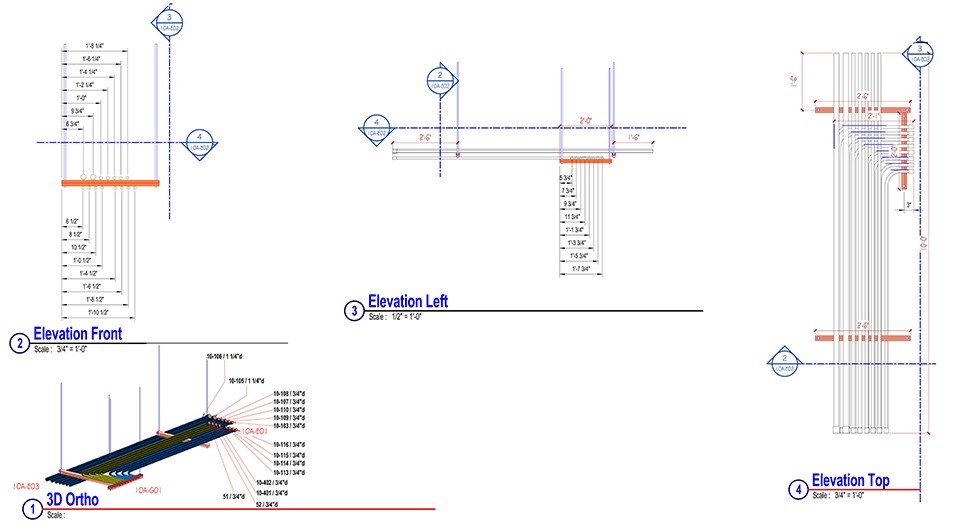 As the project advanced, Miller Electric used Revit BIM software and a supplier’s Revit-based plug-in to create fabrication models from the design models. Due to a lack of material storage space on-site, the team relied on BIM 360 for cloud-based coordination of delivery of materials to the site. A few miles away in the Miller Electric shop, the fabrication team built entire sections of electrical work and loaded it onto trucks for immediate installation. Then the weather forecast changed everything.

Hurricane Irma, 2017’s second most powerful storm, formed in the Atlantic, and forecasters warned that it would impact northern Florida. The Miller Electric team quickly modified its plans. It used Navisworks and BIM 360 planning tools to accelerate the fabrication, delivery, and installation of some materials. The idea was to get key pieces installed prior to securing the construction site. Juggling the schedule, the team moved back delivery of other portions of the project.

“We were able to adjust our schedule and all the many dependencies quickly,” Creel says. “We adjusted sequencing for areas we’d already modeled to account for the changes. Collaborating in the cloud helped us communicate with the whole team. When Irma flooded much of downtown Jacksonville, we were ready to stop work and start again without missing a step.”

Electrical conduit is more flexible than ductwork, plumbing, and other building systems. Traditionally, that has meant that electrical contractors install their work during later stages in the process. They’re expected to physically work around coordination issues and potential conflicts. In such situations, conduit can take indirect routes around other items installed in walls and ceilings. This takes time and requires plenty of conduit to go around obstacles, and the excess material cuts lead to landfill waste.

Miller Electric uses off-site prefabrication to address this issue. First, the team used BIM 360 to coordinate and eliminate conflicts with contractors and other trades. Then, off-site, Miller Electric fabricates large assemblies of electrical work from models and installs that work before the other trades do—producing less waste and packaging. 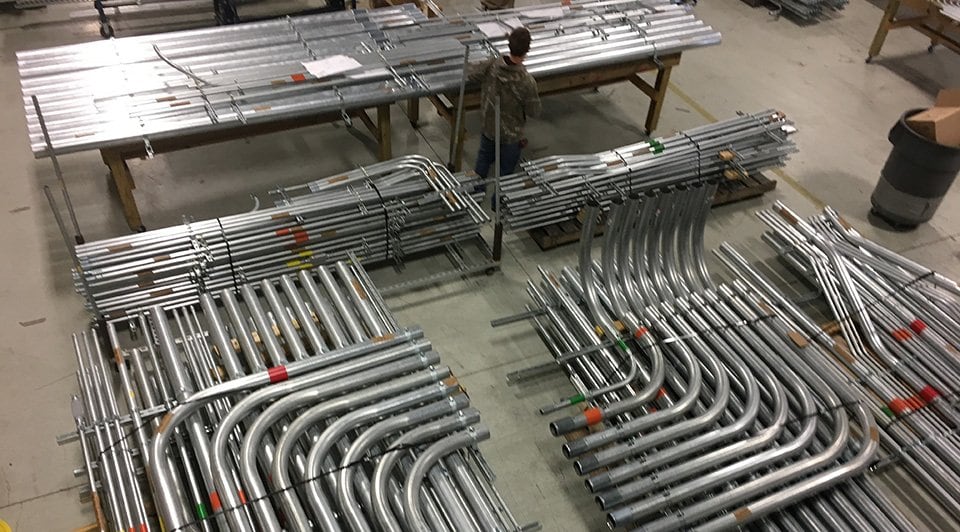 The Baptist MD Anderson project is an example of how Miller Electric used technology to avoid weather setbacks, save time, and support sustainability. The precision of the off-site fabrication proved to be perfect, with 100% of the modules fitting as planned.