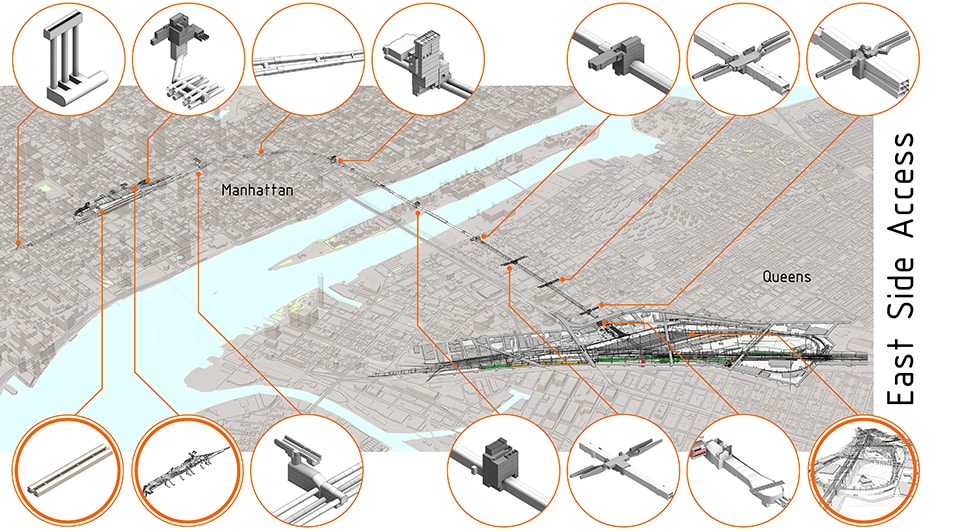 Taking place underneath the bustling streets of Manhattan is one of the largest infrastructure projects in the United States. The Metropolitan Transportation Authority’s East Side Access—first discussed in the 1950s and finally initiated in the late 1990s—will connect trains from Long Island and Queens to the east side of Manhattan. This includes an eight city-block long concourse and multiple train platforms 150 feet beneath Grand Central Station as well as major renovations of Harold Interlocking, the busiest railway junction in the country.

Slated for completion in 2022, the $10.2 billion project must constantly adapt to the ever-changing city, requiring a dynamic planning structure to match. But when design and construction first started on East Side Access, BIM wasn’t even in existence.

In 2011—and in the middle of the actual construction—LiRo Group’s Virtual Design and Construction team came on board to successfully implement BIM to analyze, visualize, and communicate project geometry, data, and workflows. Integrating BIM mid-stream in a long-term project was a challenge as it was designed in 2D CAD and contracts had to be amended to include BIM. In fact, the project is so large it requires more than 25 contracts.

Prior to the BIM integration, the design team spent years without the ability to see the project in its entirety. When BIM was first introduced, thousands of fragmented documents were converted into one centralized and comprehensive BIM model for visualization and analysis. Having a complete model of the project enabled better communication, informed decision-making, and unprecedented coordination and collaboration capabilities across multiple stakeholders. With more than 150 connected models, the whole team could view the project in 3D and its entire 6 miles, while being able to zoom into specific design details. 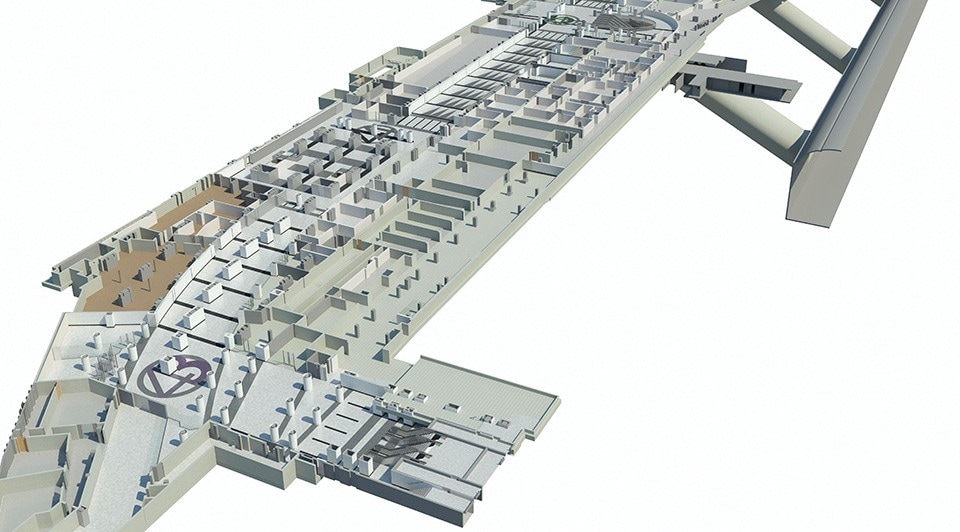 “With everything I have on my plate, I must admit that when I go over to the BIM group I feel like I walk into a different corner of the ship here. I can go in there thinking of a potential problem, and I can convey this problem. I have the tools to replicate the problem and demonstrate it to everyone. That’s refreshing because it’s very hard to do that sometimes on a project like this. It’s been very effective.”

As a way to visualize the project completely, existing conditions were scanned and coordinated with the proposed design model for East Side Access. This resulted in exposing hundreds of design issues that could be addressed prior to the contractors coming on board. When simulating an installation through animations and 3D printed models, it proved that many hundreds of vertical precast elements were too large and difficult to install so they were redesigned to be cast in place.

East Side Access also used BIM to determine the feasibility of operations such as moving large mechanical and electrical equipment through a ventilation facility and managing and mitigating access restraint between the various contractors.

4D BIM helped to visualize schedules with thousands of activities, verifying the feasibility of timing, labor density, and mobilization of materials. Contractors received "Scope Models" depicting the scope of work on their respective contracts. Thanks to the models’ detail and accuracy the contractors could hit the ground running with construction coordination starting six months earlier than expected.

The progress tracking system also allows data collection from the field to be directly routed into the project controls system and model, removing redundant work of transposing paper-based information provided by the inspection staff. This cuts time spent on weekly reporting by 30 hours per week and per contract. Furthermore, it improves quality and transparency of data from the field to management.

“Connecting data with geometry and delivering these to the wider project team has brought about better-informed decision-making and reduction of risk, which is invaluable considering the size of this megaproject. The benefits are palpable in the changing culture and attitude towards BIM as more people and teams on East Side Access understand its value and request its integration in other aspects of the job.”

Large portions of the East Side Access facilities were scanned, resulting in rapid updates of models that could easily be shared with the project team. More than 800 serious issues were uncovered when reality capture was used to generate the existing conditions model of the Grand Central concourse. The current conditions, web-based models will be used by the facility management group.

Existing conditions for Madison Yard outfit were also scanned using LiDAR in order to create a complete model in BIM. The model was used to perform preliminary clash analysis and rectify many major coordination issues during design. 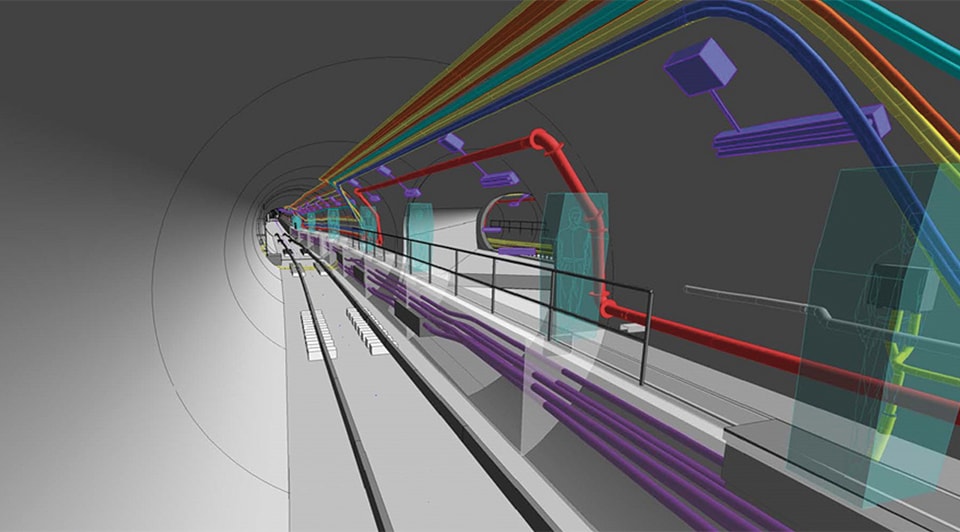 Learn more about BIM and the Future of AEC