Everyone hates traffic jams, and circulation delays can impact the economy. The A1 motorway in the Netherlands traverses the entire country, linking some of the nation’s most important economic hubs, including Amsterdam, the capital. But despite some short-term measures, bottlenecks were growing, increasingly slowing flow along this route, and necessitating an extension of the road’s structural capacity by 2030. But this needed to be achieved with minimal impact on the underlying 60 kilometers of road network. Engineering consulting firm Royal HaskoningDHV turned to BIM to help them speed up design time, and keep stakeholders on the same page.

“Everything changed about the way we perceived designs,” says Joschy Rausch of Royal HaskoningDHV. “We can make faster choices—but, more importantly, we can make better choices.”

Sharing a page through technology

The number of people involved in the A1 project made streamlining the design process a must. The firm set up a giant screen on the project floor that continuously displayed the latest design model. Because all of the model’s elements were dynamically linked, the team was aware of each change, no matter how small, including cost. The intelligent model constantly updated the expenses of the project with each alteration, so the team could always make design choices with the project budget in mind.

BIM empowered the team to share models via the cloud with all of the stakeholders during planning sessions, wherever they were—and they even could experience the designs in virtual reality, which created detailed, interactive environments to give stakeholders a sense of what the design would be like when executed. The immersive design environment acted as a common visual language for both team members and stakeholders, engendering better decision making. Everyone from the Dutch Ministry of Infrastructure and the Environment to municipalities and area residents had a say in the project’s outcome.

When planning began on the expansion, Royal HaskoningDHV knew they were up against a time crunch. The construction start date was set, as was the budget. But while projects of this scope usually spend 6 to 12 months in the design phase, the A1 expansion team used BIM to build the baseline intelligent model in just 8 weeks. 3D models provided information that had previously been delivered in list form, and the technical drawings for the designs were automatically generated by as much as 90%—saving substantial amounts of time. All told, the benefits of BIM went beyond just timesavings—the technology provided newfound clarity. Enabling public engagement and getting feedback was as important a part of the A1 expansion project as alleviating the bottlenecks on the cross-country motorway. 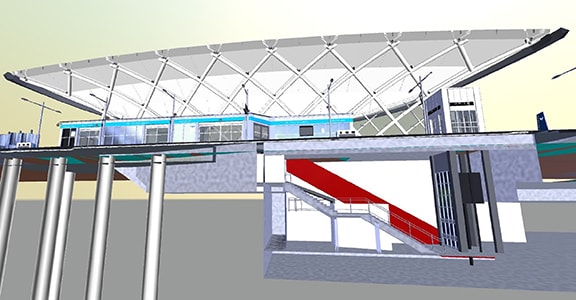 Using BIM, the firm visualized and analyzed traffic flow, impact on commuters, and environmental challenges in 3D, allowing the team to choose the best option for expansion. 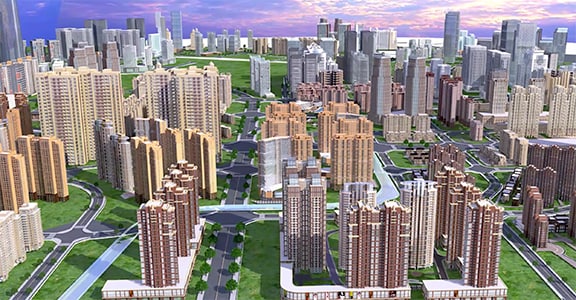 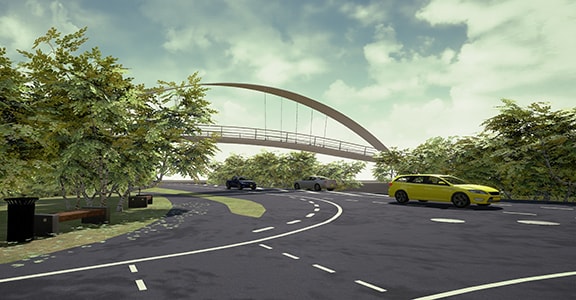 Cutting design time from between six and twelve months to just 8 weeks helped Royal HaskoningDHV stick to a tight schedule and stay connected with stakeholders.