Build on data for smart cities

Through real-world context, cities can predict and prioritize how to best adapt to challenges and optimize city management to build smarter cities that meet tomorrow’s needs.

Explore this page to see how data that is accessible, usable and relevant is making cities smarter, and understand the opportunities for the AEC Industry.

What is a smart city?

A smart city is a concept that uses technology to improve governance, planning, management, and livability of a city by gathering real-world, real-time data. With these insights, smart cities can perform better to meet citizens demands. 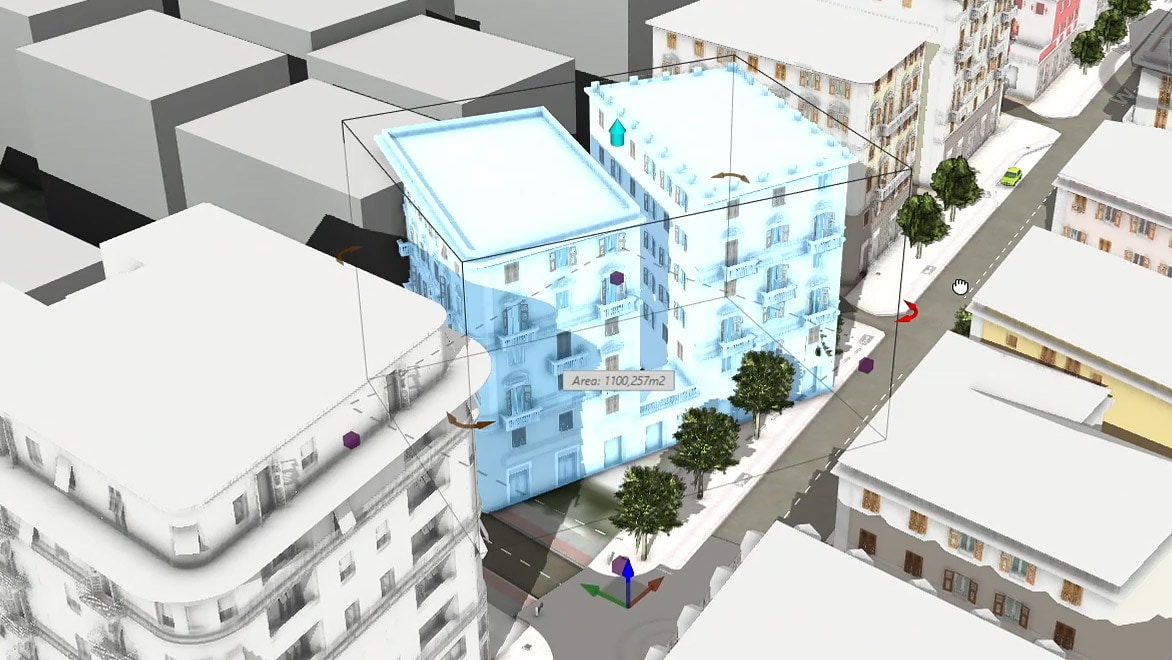 What are the benefits of smart cities?

A smart city can leverage different data sources, from vehicle movement to energy use to water distribution, and put all the information into context for city planners and citizens to make better decisions. Moreover, Autodesk technology can aggregate all of the data that comes from the smart cities and present it in a rich 3D context.

Autodesk technology helps turn one of Genoa's most problematic arterial roads, Via Cornigliano, into a data-enriched 3D model, ready to be navigated in virtual reality and consulted in augmented reality.

There’s no one right way to use data to improve public services and quality of life. Cities around the globe are solving problems with IT through a variety of different approaches. Here are three that have been successful:

A formal, centralized approach to smart cities solutions has allowed Singapore to rapidly establish itself as a worldwide leader in the space – with the city being named the “Smart City of 2018” at the Smart City Expo World Congress. Singapore’s Government Technology Agency (GovTech) is tasked with implementing the city-state’s smart cities initiatives, which range from the “Ask Jamie” personal assistant and the Beeline transit app to a one-stop business grants portal and a digital workplace suite for public sector workers.

Singapore established its “Smart Nation” program in 2014. Then, in 2017, it committed to investing $2.4 million in the program over the following four years. This centralized focus and level of commitment has helped Singapore to quickly develop solutions that go beyond what is commercially available and leverage the unique experiences and insights of local residents and workers. The Beeline app, for instance, responds to commuters’ demands, enabling private bus operators to provide adaptive shuttle services that can evolve over time. The app also gives operators access to data analytics tools for fleet management and operations.

Singapore is taking this centralized approach a step further with the creation of the Punggol Digital District (PDD), which relies on one integrated master plan to bring together a business park, a university, and community facilities. Officials hope that the district will serve as a sort of smart cities laboratory, with the Singapore Institute of Technology (SIT) developing solutions to be prototyped and tested within the district, leading to a higher rate of success.

One reason that some people resist the term “smart cities” is because, in their view, cities are already inherently “smart” (meaning that all large metropolitan areas leverage population density to more efficiently connect residents to goods, services, and employment). With smartphone technology and connectivity becoming pervasive in urban areas in the developing world, stakeholders in many of these cities are taking advantage of this new connectivity (and the accompanying data creation) to improve the operations of existing service networks — many of which operate separately from the government.

One example is Nairobi, where mobile phone penetration skyrocketed from 14 percent to 82 percent between 2005 and 2015. Researchers from MIT have worked to use mobile phone data to map the ways that residents (many of whom rely on informal transit networks) move throughout the city. The research resulted in an open platform for mapping urban informal transit — not just in Kenya, but also in Latin American and Caribbean cities. The platform is helping cities to develop mobile routing applications and new transit maps, thereby relieving congestion and making transit options more predictable for citizens.

Because most smart cities solutions are relatively immature, many cities are still exploring and validating different use cases to see which have the greatest potential to yield the greatest benefits. Some cities, for example, will install connected LED streetlights in an attempt to drive down energy usage, and then experiment with using the new connectivity for additional applications, such as traffic monitoring.

Other cities, such as Boston, take a more entrepreneurial approach — quickly cycling through a number of different smart cities initiatives to see which have the most potential, and applying lessons learned to future endeavors. Boston does have more “traditional” smart cities applications, such as a mobile app for reporting nonemergency issues like potholes and graffiti, as well as a parking app that allows motorists to pay for parking and sends alerts when meters are set to expire. But city officials are also working on initiatives — often in partnership with residents — to prepare the city to adapt to climate change, improve the delivery of utilities, and optimize the flow of traffic.

Boston had created an office of “New Urban Mechanics,” billed as a civic innovation incubator and research and development lab. The office has experimented with initiatives including dynamic pricing for parking, an app to collect data on street bumps, and solar-powered park benches that charge mobile devices and collect environmental data. 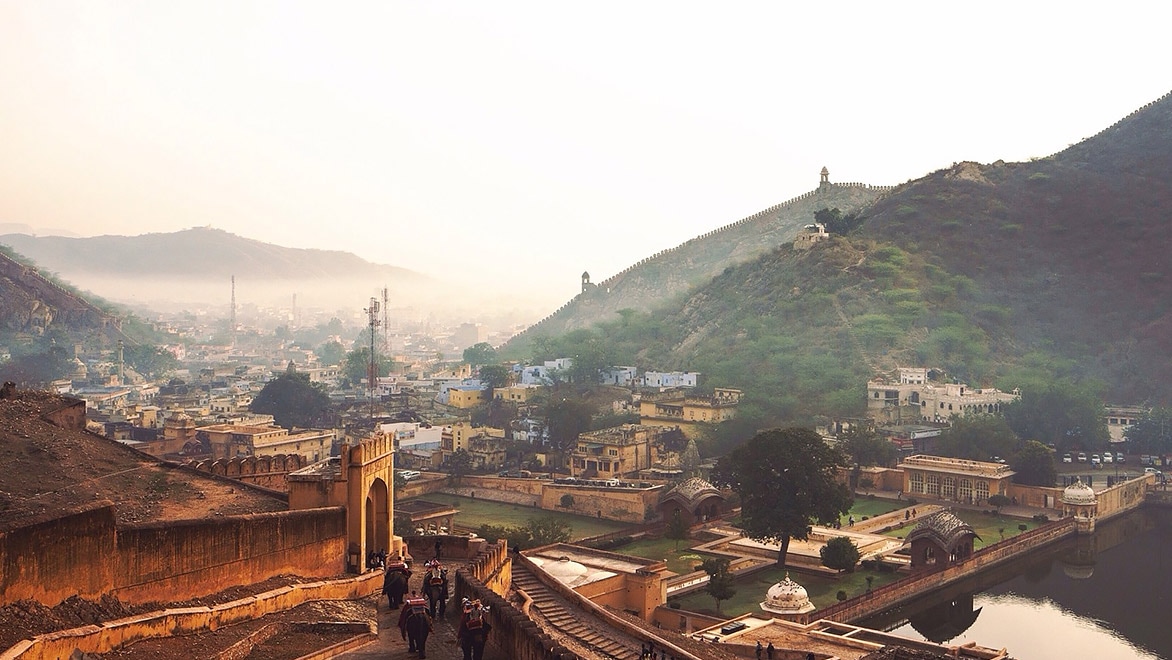 India's urban population increased by 1358% from 1901 to 2011. This exponential growth requires more than just bigger cities – it needs smarter cities.

Read the Slideshare to see how Autodesk solutions are helping India in accommodating this growth by building a smart city twice the size of Delhi. 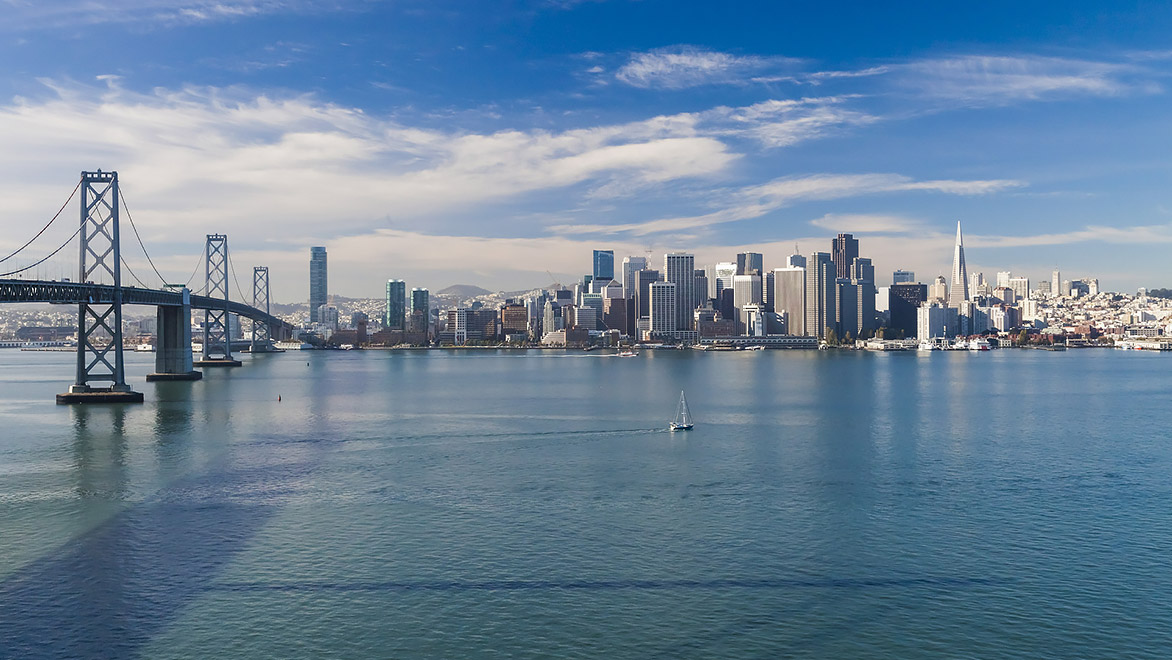 How are Esri and Autodesk building smart infrastructure together?

By combining spatial intelligence and building information modeling, Esri and Autodesk provide businesses like yours with the tools to optimize planning, design, build, and operations. 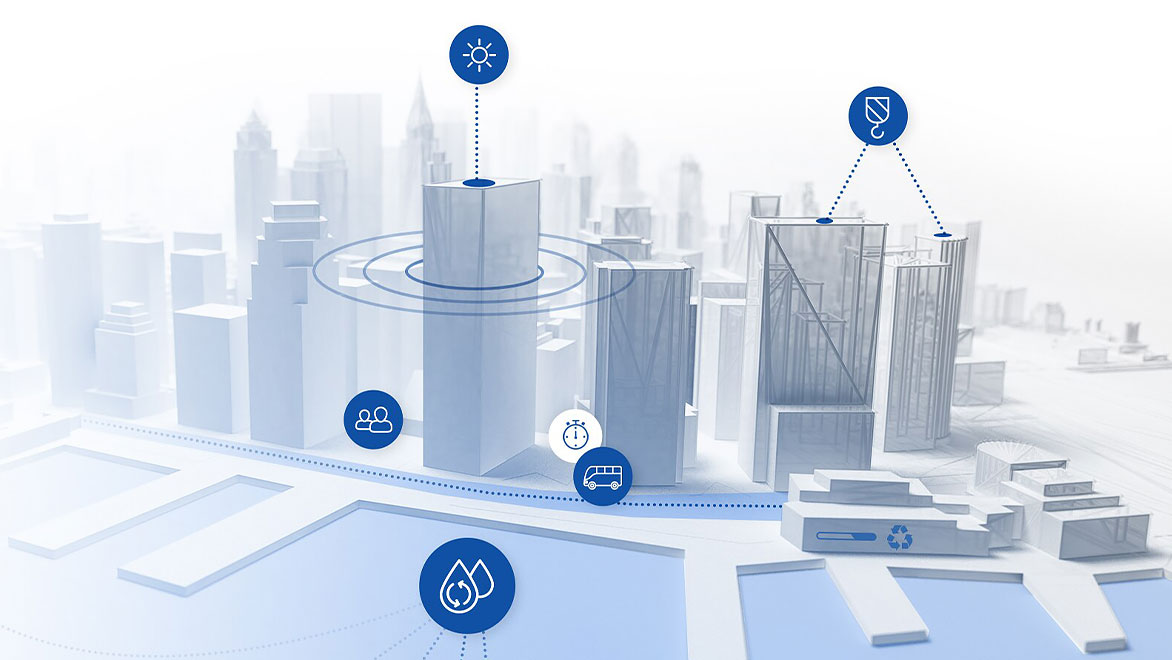 Discover the tools that enable the easy aggregation of 2D, 3D, reality capture and GIS data in a 3D contextual model, making smarter, more digital Cities an option for cities of all sizes.

Plan, design and construct Smart Cities with the AEC Collection.

Watch recordings of Autodesk University sessions and hear from industry experts on their smart city initiatives.

How can you adapt the global smart city agenda to the needs of your citizens?