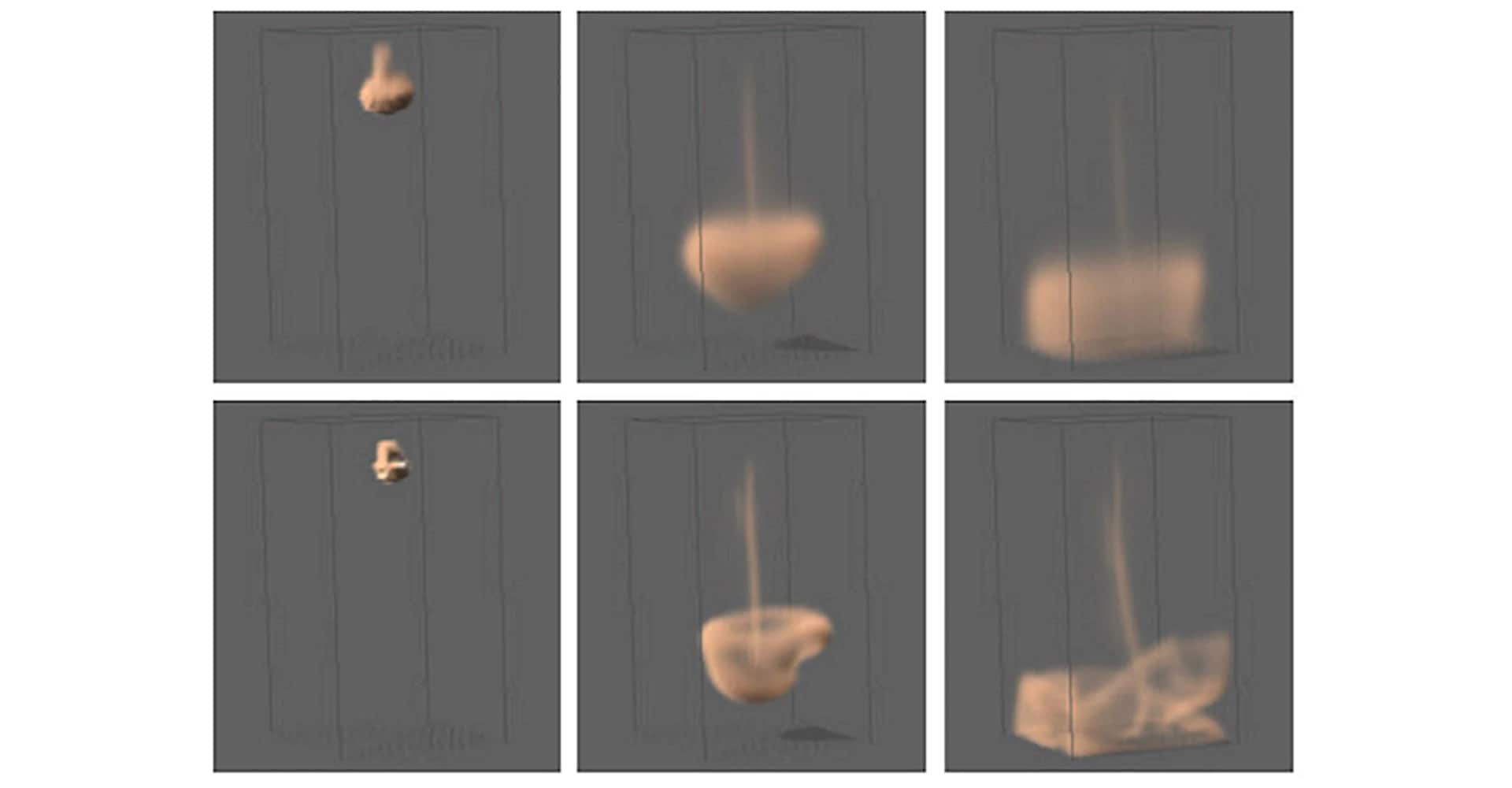 In this paper, we propose a new approach to numerical smoke simulation for computer graphics applications. The method proposed here exploits physics unique to smoke in order to design a numerical method that is both fast and efficient on the relatively coarse grids traditionally used in computer graphics applications (as compared to the much finer grids used in the computational fluid dynamics literature). We use the inviscid Euler equations in our model, since they are usually more appropriate for gas modeling and less computationally intensive than the viscous Navier-Stokes equations used by others. In addition, we introduce a physically consistent vorticity confinement term to model the small scale rolling features characteristic of smoke that are absent on most coarse grid simulations. Our model also correctly handles the interaction of smoke with moving objects.