The Development and Validation of Equations to Predict Grip Force in the Workplace: Contributions of Muscle Activity and Posture 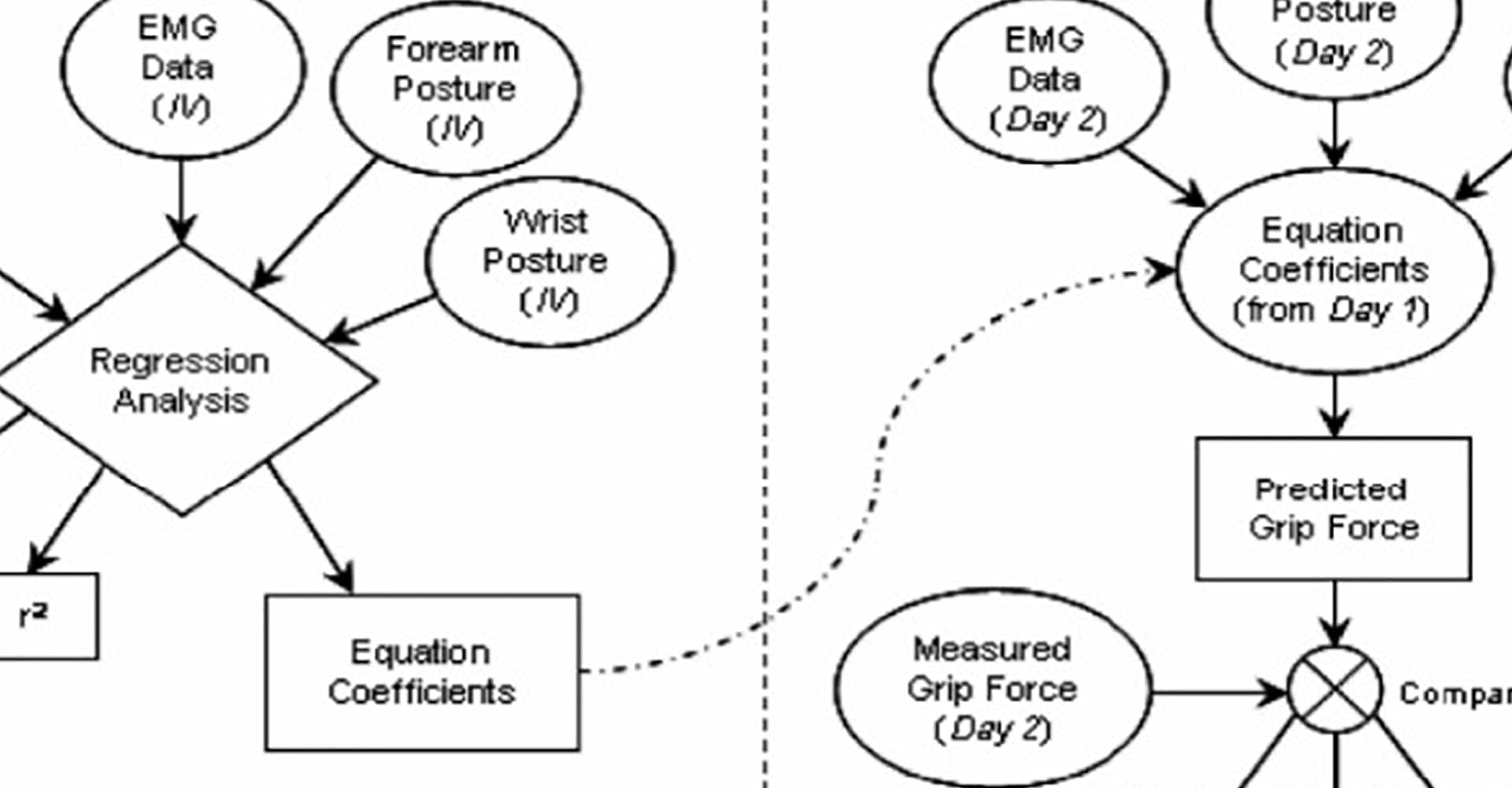 The inherent difficulty of measuring forces on the hand in ergonomic workplace assessments has led to the need for equations to predict grip force. A family of equations was developed, and validated, for the prediction of grip force using forearm electromyography (six finger and wrist muscles) as well as posture of the wrist (flexed, neutral and extended) and forearm (pronated, neutral, supinated). Inclusion of muscle activity was necessary to explain over 85% of the grip force variance and was further improved with wrist posture but not forearm posture. Posture itself had little predictive power without muscle activity (51%). Nominal wrist posture improved predictive power more than the measured wrist angle. Inclusion of baseline muscle activity, the activity required to simply hold the grip dynamometer, greatly improved grip force predictions, especially at low force levels. While the complete model using six muscles and posture was the most accurate, the detailed validation and error analysis revealed that equations based on fewer components often resulted in a negligible reduction in predictive strength. Error was typically less than 10% under 50% of maximal grip force and around 15% over 50% of maximal grip force. This study presents detailed error analyses to both improve upon previous studies and to allow an educated decision to be made on which muscles to monitor depending on expected force levels, costs and error deemed acceptable by the potential user.