The Buzz Metric: A Graph-based Method for Quantifying Productive Congestion in Generative Space Planning for Architecture 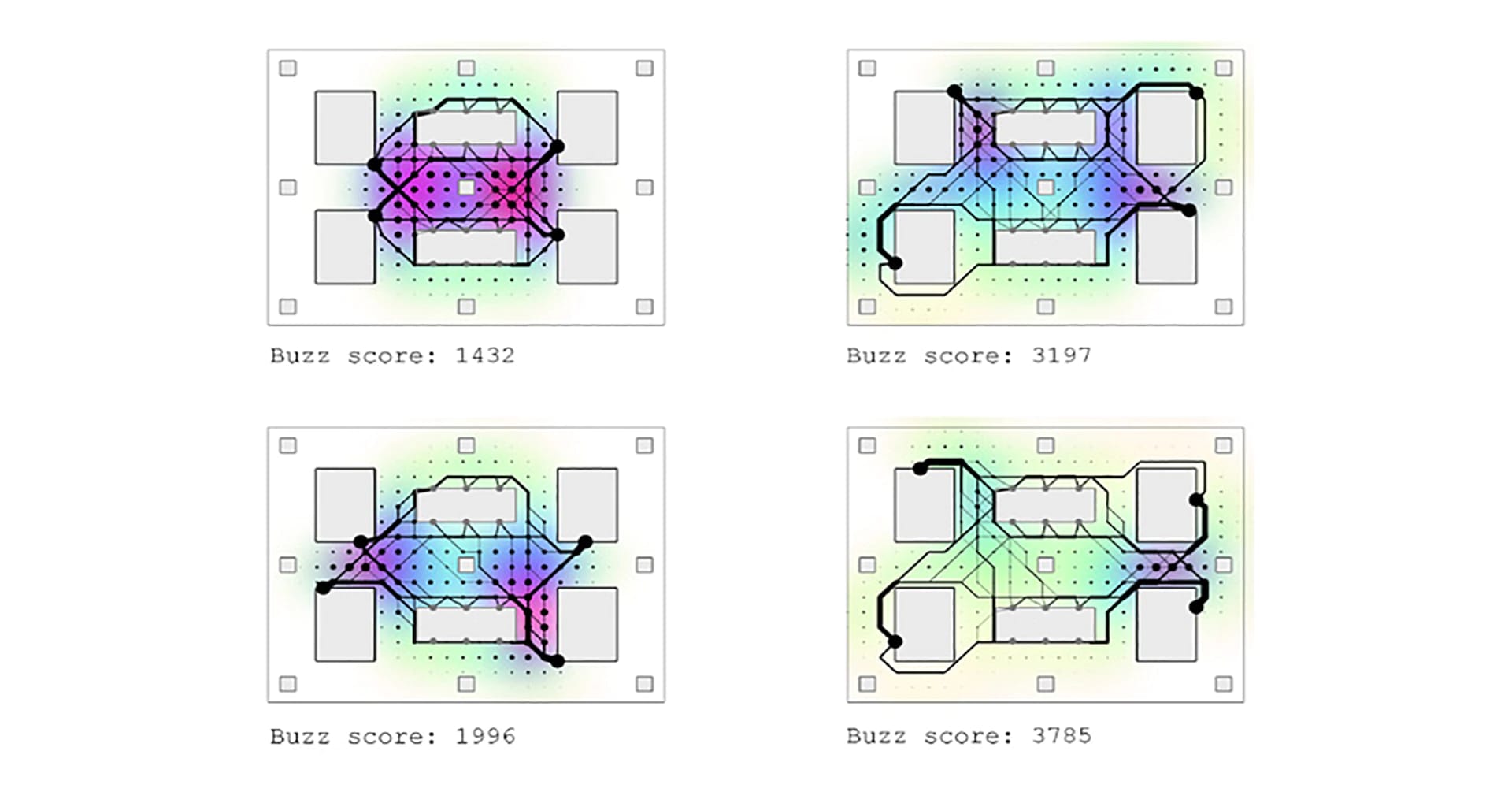 This paper describes a novel simulation method for measuring the amount of buzz or productive congestion in an interior architectural space This “buzz metric” first predicts the amount and distribution of congestion based on a simulation of walking paths and, then, computes the extent to which this congestion is distributed across the space. Unlike dynamic methods for simulating occupant behavior such as agent-based crowd simulation, our method is computed statically, and thus is fast enough to be used in an automated generative design (multi-objective optimization) workflow. After describing how the metric is calculated, the paper demonstrates how it can be used in an automated generative design process through a case study of the design of an exhibit hall.