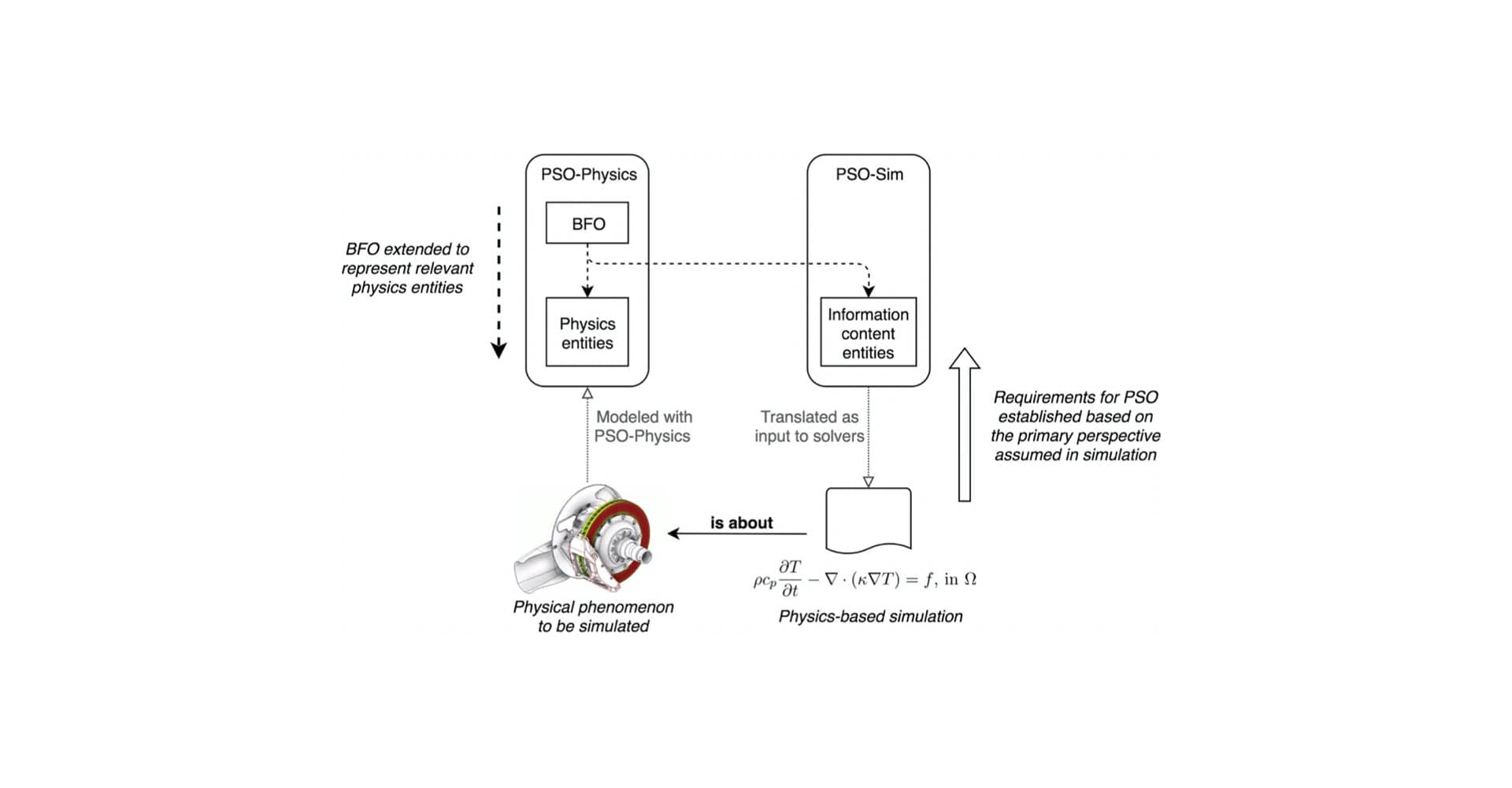 The current work presents an ontology developed for physics-based simulation in engineering design, called Physics-based Simulation Ontology (PSO). The purpose of the ontology is to assist in modelling the physical phenomenon of interest in a veridical manner, while capturing the necessary and reusable information for physics-based simulation solvers. The development involved extending an existing upper ontology, Basic Formal Ontology (BFO), to define lower-level terms of PSO. PSO has two parts – PSO-Physics, which consists of terms and relations used to model physical phenomena based on the perspective of classical mechanics involving partial differential equations, and PSO-Sim, which consists of terms used to represent the information artefacts that are about the physical phenomena modelled with PSO-Physics. The former terms are used to model the physical phenomenon of interest independent of solver- specific interpretations, which can be reused across different solvers, while the latter terms are used to instantiate solver-specific input data. A case study involving two simulation solvers was conducted to demonstrate this capability of PSO. Discussion around the benefits and limitations of using BFO for the current work is also provided, which should be valuable for any future work that extends an existing upper ontology to develop ontologies for engineering applications.