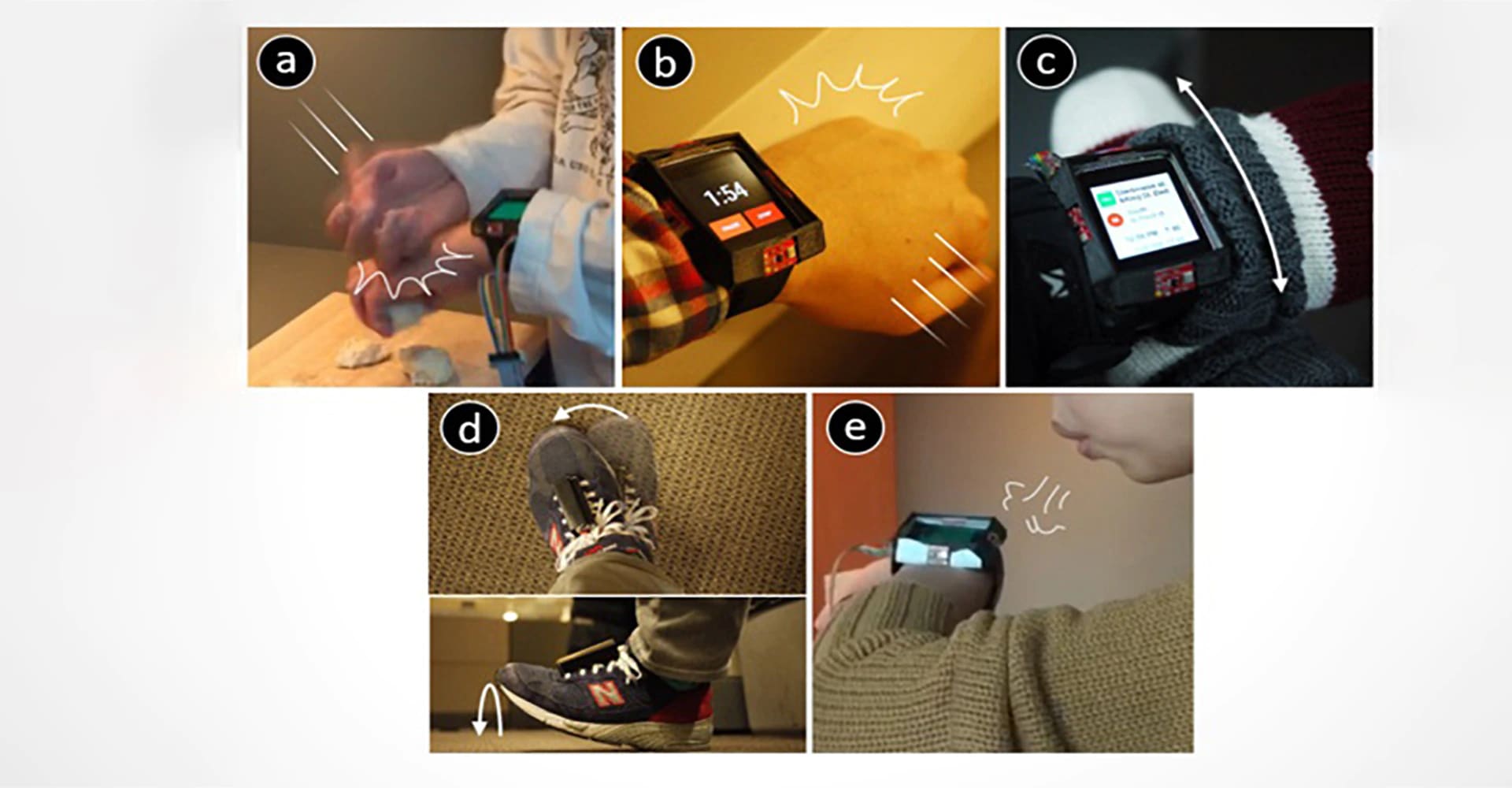 Smartwatches have the potential to enable quick micro-interactions throughout daily life. However, because they require both hands to operate, their full potential is constrained, particularly in situations where the user is actively performing a task with their hands. We investigate the space of no-handed interaction with smartwatches in scenarios where one or both hands are not free. Specifically, we present a taxonomy of scenarios in which standard touchscreen interaction with smartwatches is not possible, and discuss the key constraints that limit such interaction. We then implement a set of interaction techniques and evaluate them via two user studies: one where participants viewed video clips of the techniques and another where participants used the techniques in simulated hand-constrained scenarios. Our results found a preference for foot-based interaction and reveal novel design considerations to be mindful of when designing for no-handed smartwatch interaction scenarios.