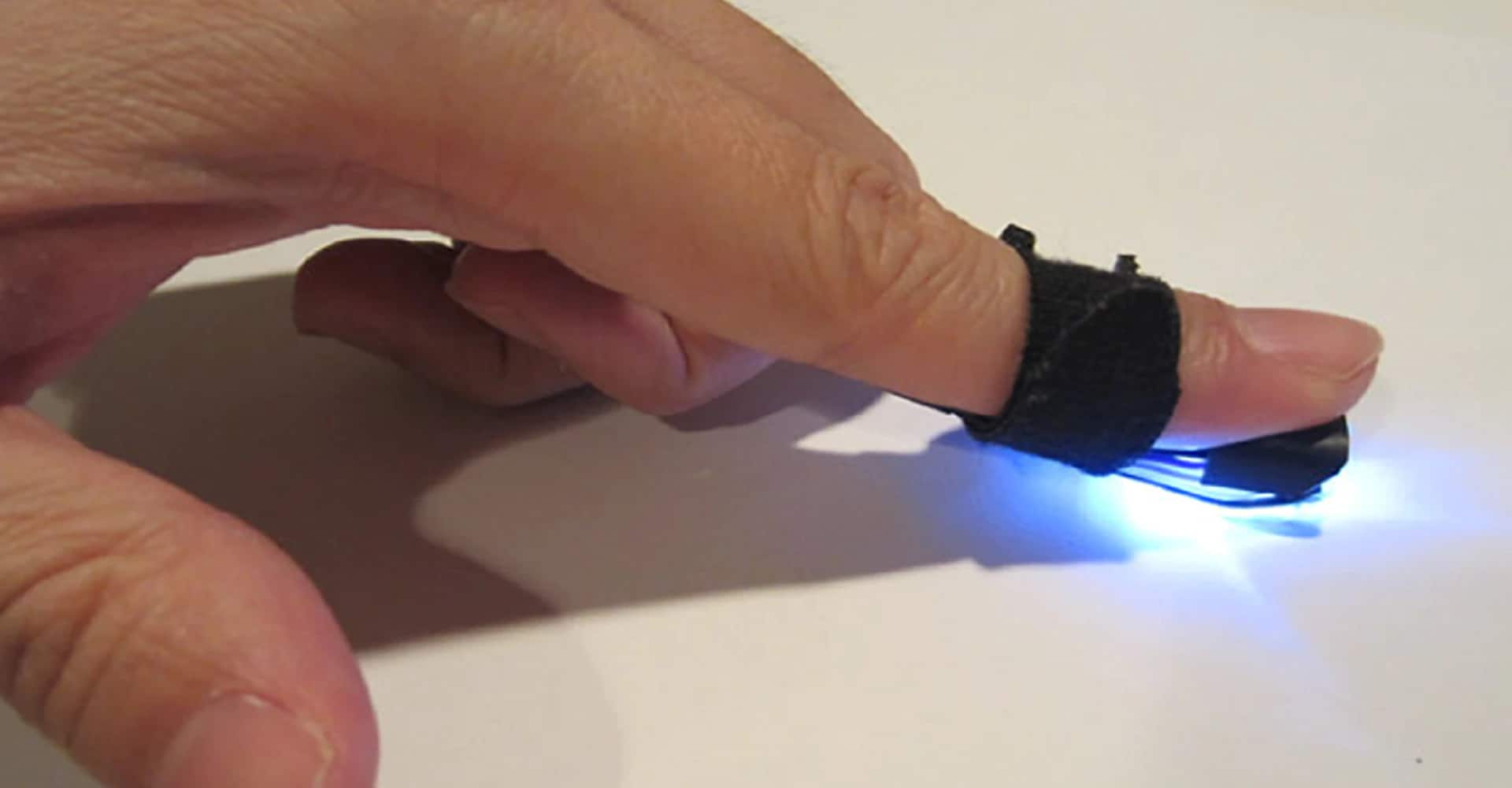 We present Magic Finger, a small device worn on the fingertip, which supports always-available input. Magic Finger inverts the typical relationship between the finger and an interactive surface: with Magic Finger, we instrument the user’s finger itself, rather than the surface it is touching. Magic Finger senses touch through an optical mouse sensor, enabling any surface to act as a touch screen. Magic Finger also senses texture through a micro RGB camera, allowing contextual actions to be carried out based on the particular surface being touched. A technical evaluation shows that Magic Finger can accurately sense 32 textures with an accuracy of 98.9%. We explore the interaction design space enabled by Magic Finger, and implement a number of novel interaction techniques that leverage its unique capabilities.