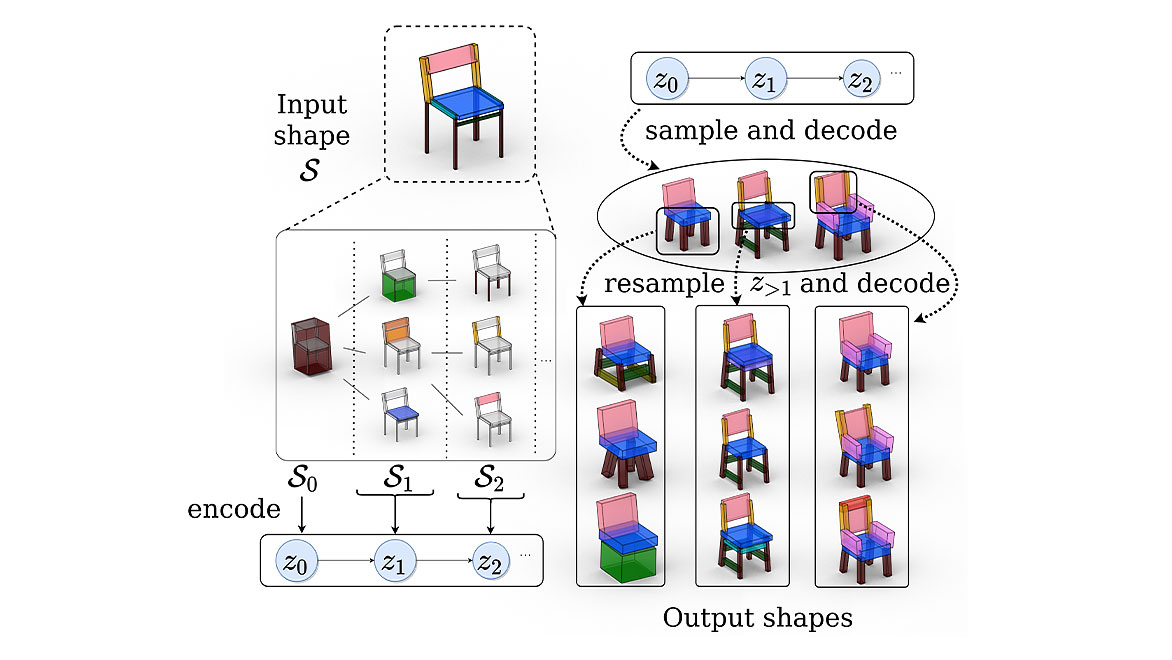 Generative models for 3D shapes represented by hierarchies of parts can generate realistic and diverse sets of outputs. However, existing models suffer from the key practical limitation of modeling shapes holistically and thus cannot perform conditional sampling. For example, they are not able to generate variants on individual parts of generated shapes without modifying the rest of the shape. This is limiting for applications such as 3D CAD designs that involve adjusting created shapes at multiple levels of detail. To address this, we introduce LSD-StructureNet, an augmentation to the StructureNet architecture that enables regeneration of parts situated at arbitrary positions in the hierarchies of its outputs. We achieve this by learning individual, probabilistic conditional decoders for each hierarchy depth. We evaluate LSD-StructureNet on the PartNet dataset, the largest dataset of 3D shapes represented by hierarchies of parts. Our results show that contrarily to existing methods, LSD-StructureNet can perform conditional sampling without impacting inference speed or the realism and diversity of its outputs.