Crosstalk in Surface Electromyography of the Proximal Forearm During Gripping Tasks

Journal of Electromyography and Kinesiology
2003 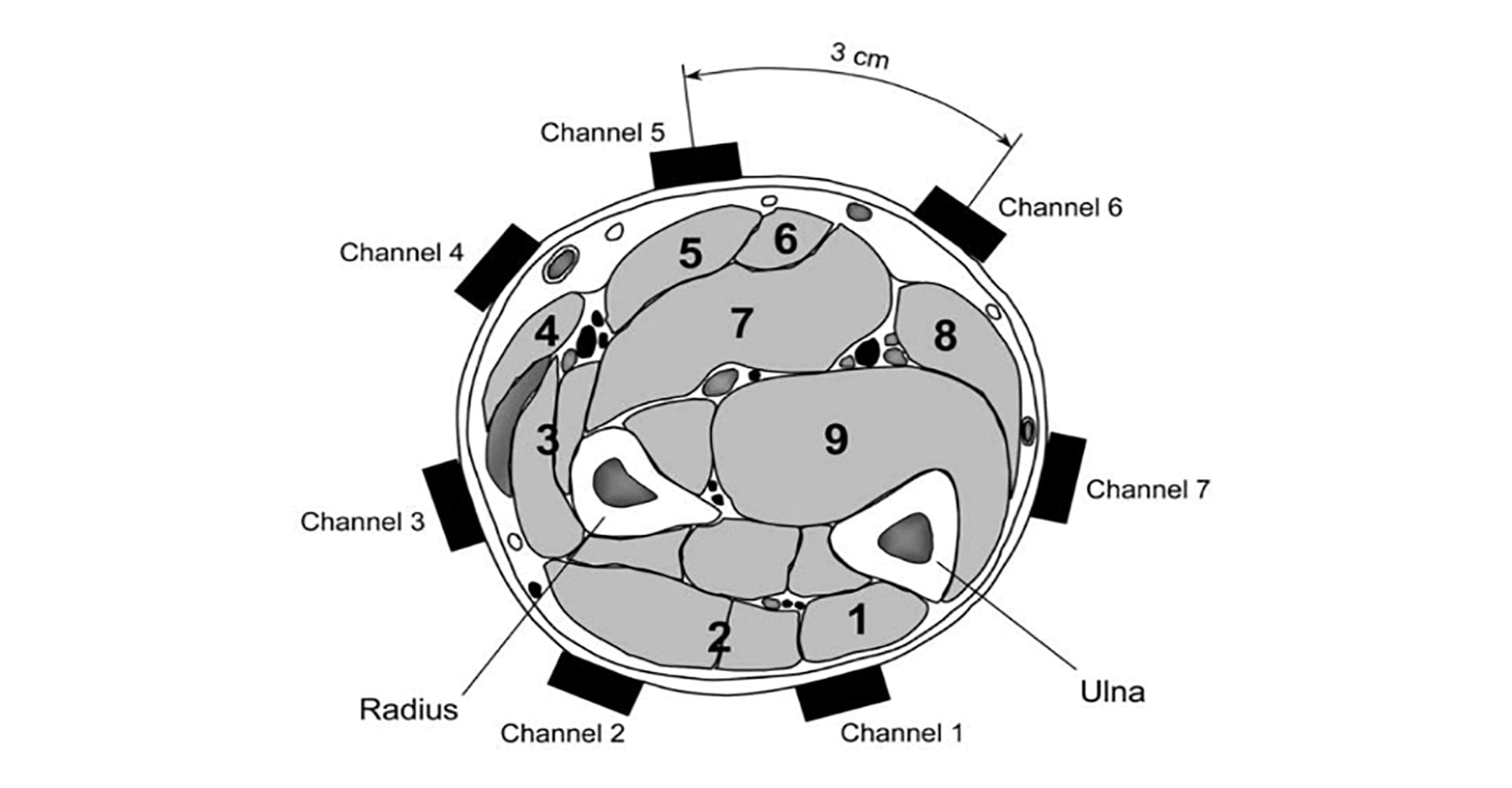 Electromyographic (EMG) crosstalk was systematically analyzed to evaluate the magnitude of common signal present between electrode pairs around the forearm. Surface EMG was recorded and analyzed from seven electrode pairs placed circumferentially around the proximal forearm in six healthy individuals. The cross-correlation function was used to determine the amount of common signal, which was found to decrease as the distance between electrode pairs increased, but was not significantly altered by forearm posture (pronation, neutral, supination). Overall, approximately 40% common signal was detected between adjacent electrode pairs (3 cm apart), dropping to about 10% at 6 cm spacing and 2.5% at 9 cm. The magnitude of common signal approached 50% between adjacent electrode pairs over the extensor muscles, while over 60% was observed between neighbouring sites on the flexor aspect of the forearm. Although flexor and extensor EMG amplitude was similar, less than 2% common signal was present between flexor and extensor electrode pairs during both pinch and grasp tasks. Maximum grip force production was not affected by forearm rotation for pinch, but reduced 18% from neutral (mid-prone) to pronation during grasp (p=0.01). In spite of differences in grip force, mean muscle activity did not vary between the three forearm postures during maximum pinch or grasp trials. While this study improved our knowledge of crosstalk and electrode spacing issues, further examination of forearm EMG is required to improve understanding of muscle loading, EMG properties and motor control during gripping tasks.