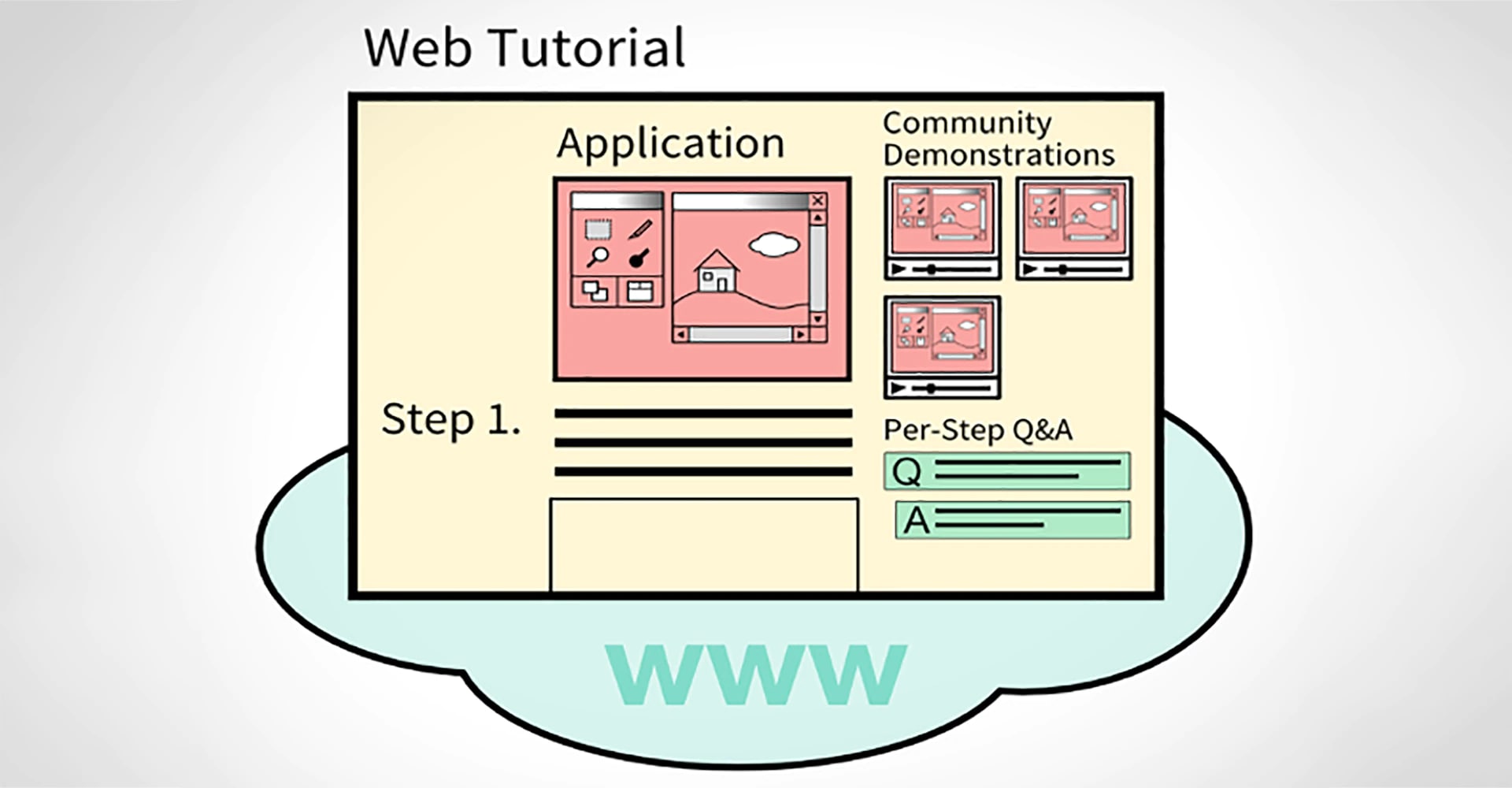 Web-based tutorials are a popular help resource for learning how to perform unfamiliar tasks in complex software applications. However, in their current form, web tutorials are isolated from the applications that they support. In this paper, we present FollowUs, a new web-tutorial system that integrates a full-featured application into a web-based tutorial. This novel architecture enables community enhanced tutorials, which continuously improve as more users work with them. FollowUs captures video demonstrations of users as they perform a tutorial. Subsequent users can then view the author’s tutorial, or choose from a library of captured community demonstrations for each step of the tutorial. A user study showed that user’s perform significantly better when using our system with a library of multiple demonstrations, in comparison to its equivalent baseline system with only the original authored content.