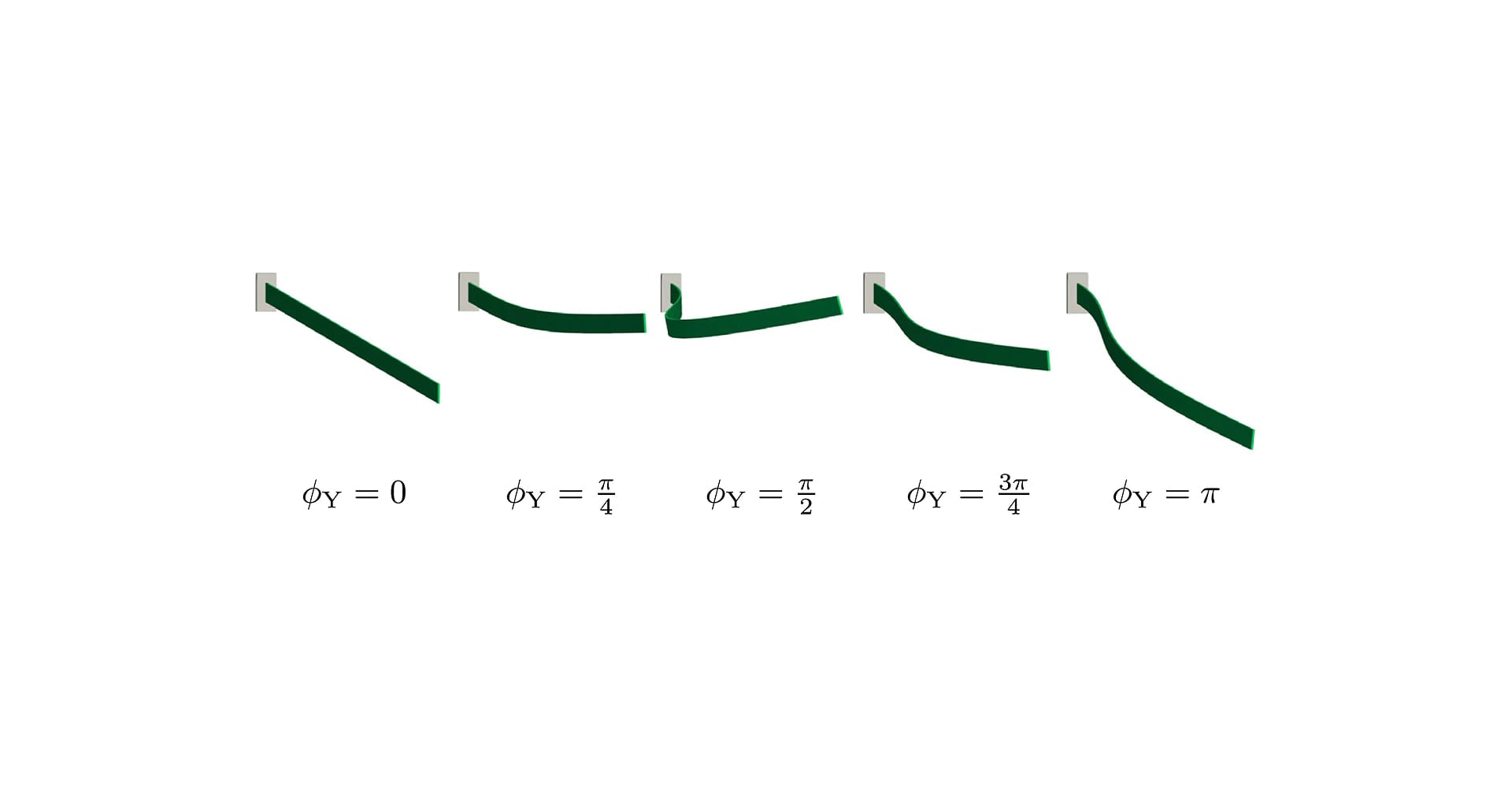 Heretofore, the Serret–Frenet frame has been the ubiquitous choice for analyzing the elastic deformations of beam elements. It is well-known that this frame is undefined at the inflection points and straight segments of the beam where its curvature is zero, leading to singularities and errors in their numerical analysis. On the other hand, there exists a lesser-known frame called Bishop which does not have the caveats of the Serret–Frenet frame and is well-defined everywhere along the beam center-line. Leveraging the Bishop frame, in this paper, we propose a new spatial, singularity-free low order beam element based on the absolute nodal coordinate formulation for both small and large deformation applications. This element, named ANCF14, has a constant mass matrix and can capture longitudinal, transverse (bending) and torsional deformations. It is a two-noded element with 7 degrees of freedom per node, which are global nodal coordinates, nodal slopes and their cross-sectional rotation about the center-line. The newly developed element is tested through four complex benchmarks. Comparing the ANCF14 results with theoretical and numerical results provided in other studies confirms the efficiency and accuracy of the proposed element.