When a couple finds out they’re expecting a child, it’s not unusual for them to rush out and fill their home with little shoes, little clothes, little toys. When woom Bikes cofounder Christian Bezdeka found out his wife was expecting their first child, he went on another mission: to find the perfect little bike.

However, the Austrian designer returned empty-handed, finding that many of the existing options for kids were less than stellar. Undeterred, he went to work creating his own kid’s bike.

Bezdeka was already a designer in the bike industry, but converting his experience and design work for adult bicycles wasn’t as easy as scaling down his existing designs to fit a child’s size and proportions. “Product design for children is much more difficult than for adults,” Bezdeka says. “If you want to do things differently, you have to be creative.” 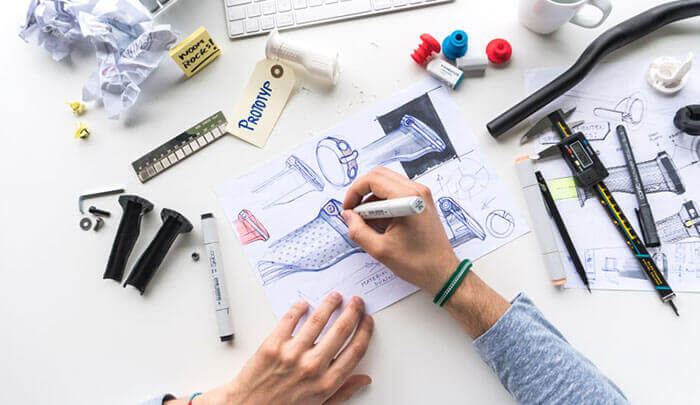 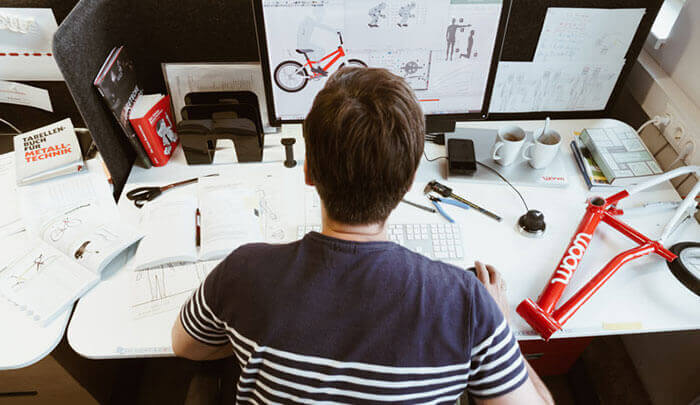 Bezdeka had decades worth of body measurements in a routinely updated database—for creating adult bikes. He could pull from that at any time to understand the average adult’s build and what would be comfortable for their rides. Plus, as an adult, he could just hop on a prototype and take it for a spin.

For children, no such database existed. “The effort was huge just to get the right information to start developing the bikes,” Bezdeka says. “We had to merge data of several sources of information.”

There’s also the issue of the target audience: Children aren’t the easiest (or most truthful) sources of feedback. “They tend to give false or biased feedback,” Bezdeka says. “If you ask children to choose from different saddles which one is the most comfortable, they might point to the one with their favorite color, not the one where they sit the best.

“And if you ask them which bike fits the best, they might pick one that is way too large because they want to be big already,” he continues. “When you build a mockup or prototype for adults, you can immediately test it yourself to see how it feels and if it works. That is not the case for children’s products. You have to work with focus groups and see how they interact with your creation. You have to watch instead of asking children.” 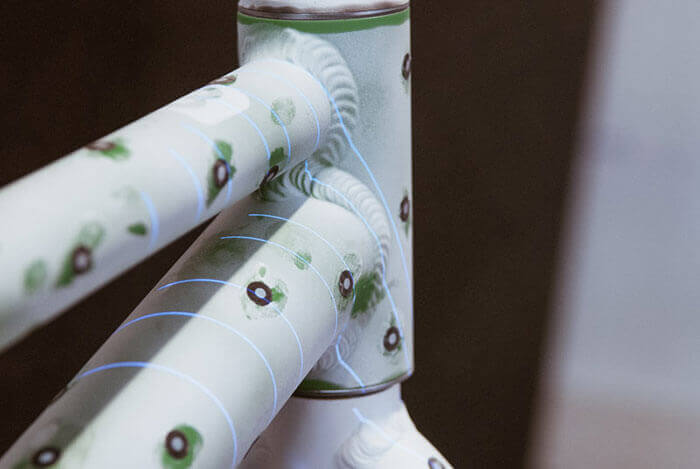 3D scanning is a convenient, quick way to check for tolerances. Courtesy woom. 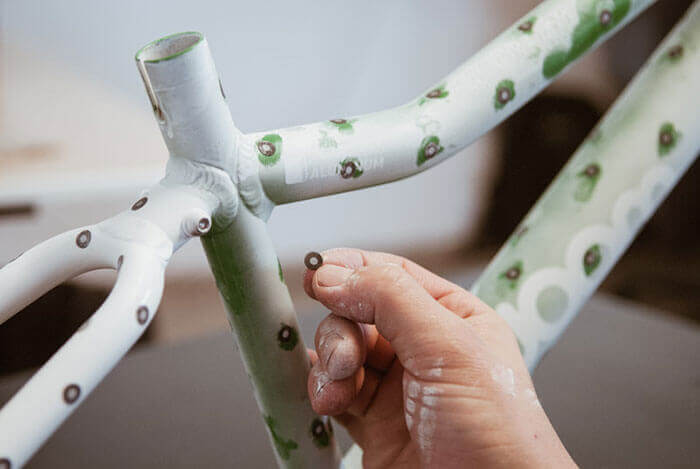 When he was originally searching for his future child’s bike, Bezdeka found that many were poorly made and ill-suited for true enjoyment. They might have been smaller, but they lacked consideration for kids’ physicality and capabilities.

“Lightweight construction is important,” Bezdeka says. “If you compare the weight of a child to his bike and project this to his dad’s body weight, that would mean pedaling a moped for daddy. Picture this, and you know why a light bicycle for children is even more important than for adults.”

Of course, there’s always the issue of money. Bezdeka and his business partner, cofounder Marcus Ihlenfeld, knew they had to keep costs and pricing low if their product was ever going to have a shot. “There is much harder pressure on the price tag,” Bezdeka says. “Children’s products fit and are used for a very limited lifespan, so it is very understandable that they have to be affordable. This limits the possibilities in design and production.”

But lightweight materials like carbon fiber don’t come cheap, and when price is already a concern, Bezdeka and Ihlenfeld have to get creative. And that’s where Autodesk Fusion 360, 3D printing, and CNC milling come into play.

“We have four 3D printers and a five-axis CNC mill for rapid prototyping,” Bezdeka says. “All machines are running 24/7. We design, print, redesign. As a designer, I try to materialize my ideas as fast as possible. It’s good to come quick from paper and screen to a real 3D object. Your learning curve is simply steeper through 3D printing.

“Simulations play a key role in shedding off the weight of parts without making them weaker, and also the evaluation of CNC parts on a testing rig where static and dynamic forces can be applied and effects can be measured,” Bezdeka continues. “Developing goes in loops of trial and error.”

The company rolled out its first bikes in 2013. Today, woom offers six bikes for ages 1.5 to 14. Each bike is designed for a specific stage in children’s development and their constantly changing sizes and capabilities.

Taking Off the Training Wheels

Thanks to 3D printing and CNC milling, 85 percent of the bikes’ parts are developed and produced exclusively for woom. This allowed Bezdeka and Ihlenfeld to create bicycles that are half the weight of their competitors’ products. For example, the introductory bike, woom 1, weighs just 7.5 pounds. Their largest bike, woom 6, weighs only 20.5 pounds.

They also did away with training wheels altogether. “Training wheels are a thing of the past and no longer needed to learn to ride a bike,” Bezdeka says. “In fact, the new-school way to learn is much more effective, more fun for the kid, and even faster.” The woom 1 is a push bike, or a bicycle minus the crank, pedals, and drivetrain. “They can start with it as soon as they start walking, 1.5 to 2 years of age,” he says.

First, the toddlers walk with the bike between their legs so they learn the basics of handling a bike. After a while, they start getting faster and lifting their feet from time to time as they push off. “That’s where they learn to balance,” Bezdeka says. “Usually this happens around the ages of 3 to 4 years.” 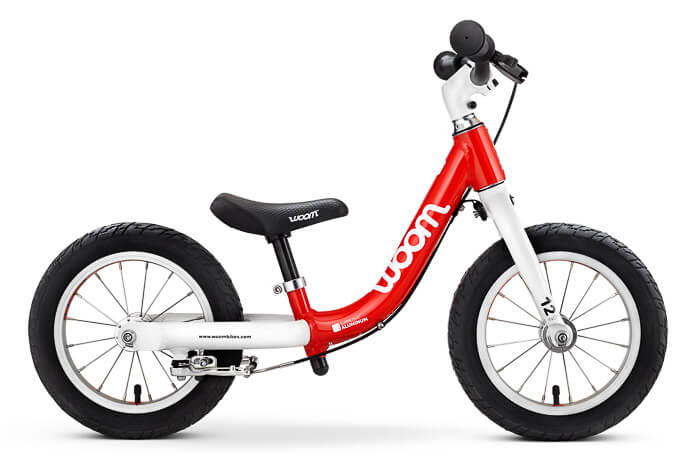 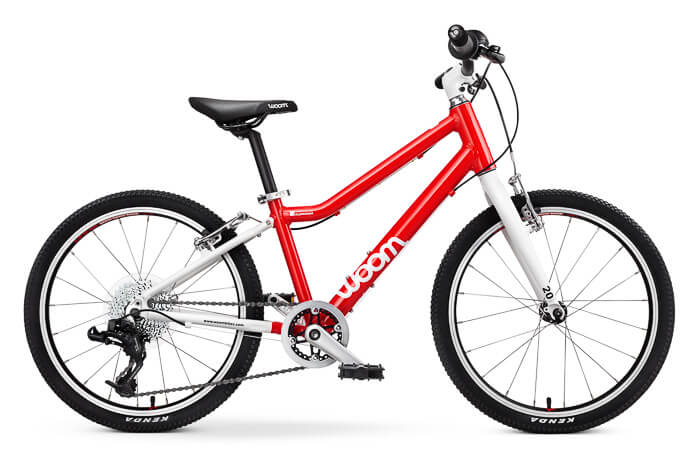 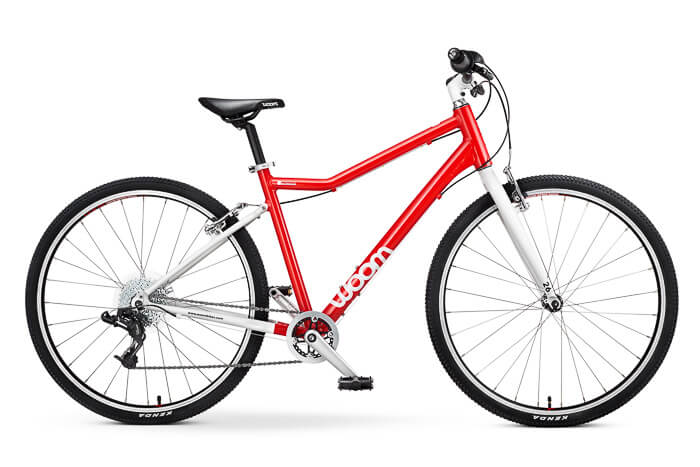 Smart, intuitive design comes with a price tag. And bicycles, whether they’re for children or adults, are an investment at any price point. Keeping in mind that kids quickly outgrow bikes, woom created its UpCycle program to exchange used bikes for new ones, reimbursing 40 percent of the bike’s original price.

The used bikes are inspected and shined up, then sent to local nonprofits and cycling camps where they’re used to teach more children to ride.

Bezdeka also hopes woom’s designs will stick around for more than just one child’s bicycle stages. “Our bikes are being handed down to smaller siblings or relatives,” he says. “They can live for many generations of children. We try to keep the classic look on the outside but further develop the qualities inside.

“It was always my idea to create a modern, classic bike—bikes that never get old,” he continues. “It’s part of our concept and also real sustainability that a product is beautiful and used for a long time.”