London’s Fotografiska museum is, by design, a new way to interact with the world of photography. Opening in spring 2019, the new branch of the Swedish museum (a New York branch will also open this year) envisions its Whitechapel branch as a sustainable, communal space—an international gallery, a welcoming gathering place, and a cultural hub.

Guise, the Swedish architecture firm behind Fotografiska’s London space, used evocative materials to create an intentional design grounded in the history of photography. The process came into focus using virtual reality (VR): Just as Fotografiska expanded the idea of what a museum is, Guise used VR to break new ground in its design.

For centuries, architecture has been represented in 2D. “Symmetry and grid have been very reasonable ways of designing when you have access to 2D elevations alone,” says architect Jani Kristoffersen, one of the principals at Guise. “When you have access to representation in movement through space, you don’t really think in the same way.”

Guise designed complex visualizations with Autodesk 3ds Max and other tools to create an experience that evokes photography itself. These references show up in the flow of the design and in materials to see, touch, and experience. “We were a kind of photographer in that sense,” Kristoffersen says. “You set the lighting and the mood.”

As a museum dedicated to photography, Fotografiska London presented a special design opportunity for the team at Guise. When photography began in the 19th century, it was more of an abstract art form than a precise capturing of reality. Early images were grainy, and this aesthetic became a guiding principal in Guise’s choice of materials.

For example, the team specified terrazzo for the flooring and feature walls because of the way the material’s “black, white, and gray tones recall early black-and-white photography,” Kristoffersen says. In other areas, Guise rendered interior walls using two layers of paint with a texture applied in between. This process gave the walls a special depth, simulating the textured feel of early photographs and the way the medium can convey dimension in a 2D plane.

And like old photographs, over time, the galvanized metal will change. “We are using the material outside, where it will change with the effects of sun and pollution and become grayer and matte,” Kristoffersen says. “Whereas inside it will stay shiny and have reflection, mirroring the way the sheen of photographs changes over time.” The galvanized metal has a crystalline finish, which also evokes the graininess of old photographs. 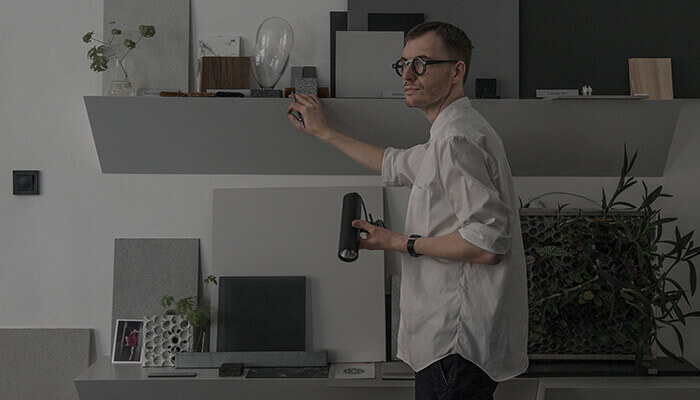 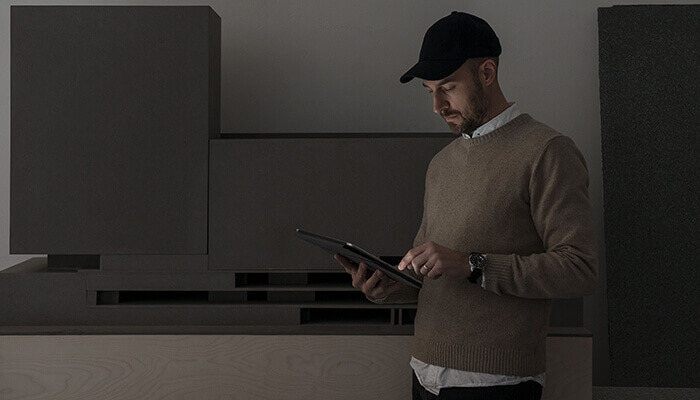 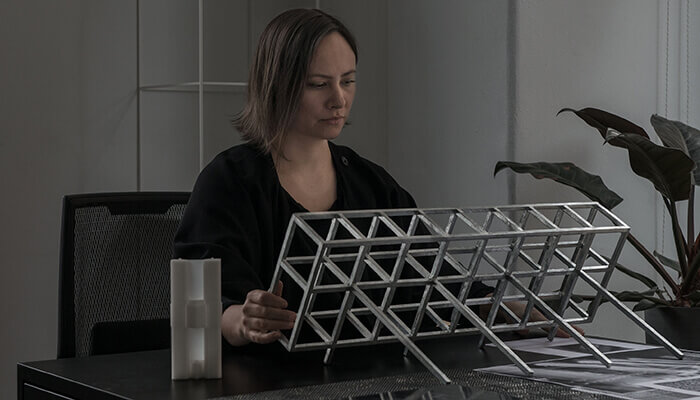 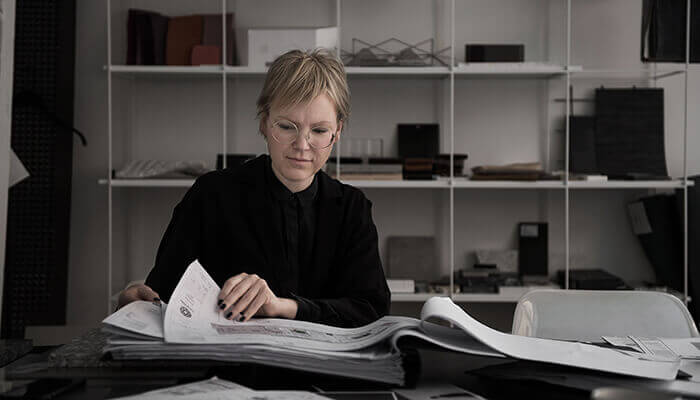 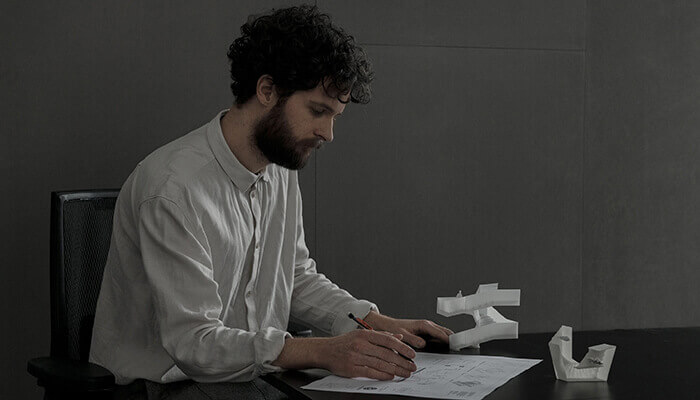 With this project, visitor flow through the museum was very important. “You need to get people from the street into the museum, pay for a ticket in the reception, move from the reception area through the museum shop, pass the lobby, down along the galvanized stairs, have an espresso at the cafe by the landing of the stairs, visit the exhibition route, end up at the museum for another coffee and a snack, back up the galvanized stairs, buy something in the museum shop, and realize a drink at the bar is a good idea, ending up at the restaurant,” Kristoffersen says.

VR allowed the design team to really understand the visitor experience in each space and helped choreograph the visitor’s journey through the museum. Kristoffersen jokes that “drawing a section wouldn’t have helped much in figuring out the visitor flow.”

The team also used VR to integrate sections of the museum. For example, Fotografiska’s restaurant is owned and operated by the museum itself instead of an outside vendor, which means that the dining experience at Fotografiska can be more closely coordinated with the exhibitions.

Guise uses VR not only as a way to sell ideas to clients and gain the support of investors but also to communicate exactly why some ideas work and why some don’t. “Virtual reality is much more realistic than 2D images—and especially 3D renderings of images—because it’s easy to create a fake world with images,” Kristoffersen says.

With 3D renderings, you can craft a static depiction of a building on a perfectly sunny day, with its facade offset in perfect shadow and happy, well-behaved children frolicking outside all the time. Because VR immerses everyone in the environment, Kristoffersen says, visualization is a little more real world. “What you see is what you get, and because of this, the tool builds a level of trust between clients and architects that hasn’t been possible before.”