It’s been 20 years since Starbucks opened its first shop in Japan, bringing a new paradigm to the country’s coffee shop culture—and creating a new, appealing “third place” option between home and work or school.

Notably, almost all of Japan’s 1,245 shops—across all 47 prefectures—are directly run by the parent company. As such, they are planned by Starbucks designers who, instead of settling for standardized designs for all locations, have worked diligently to incorporate features expressing regional, historical contexts and the lifestyles of locals—in short, to appeal specifically to the Japanese market. 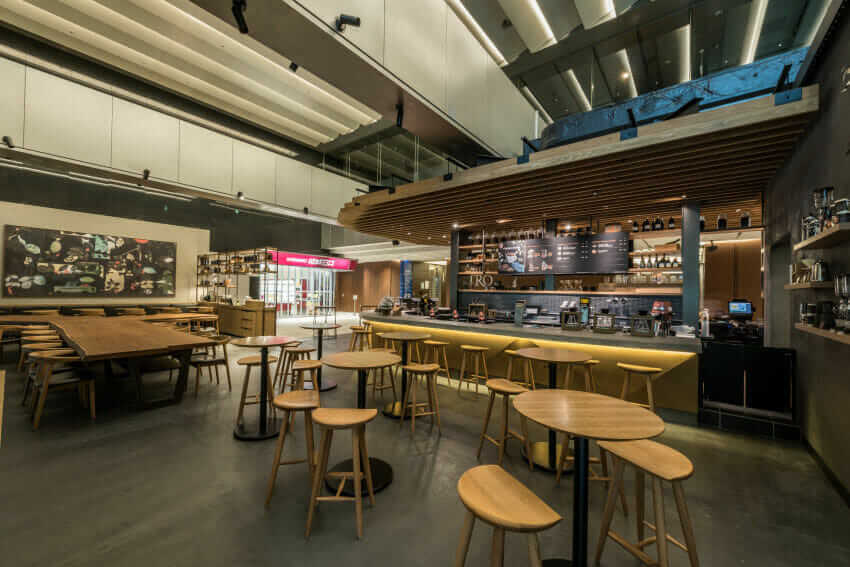 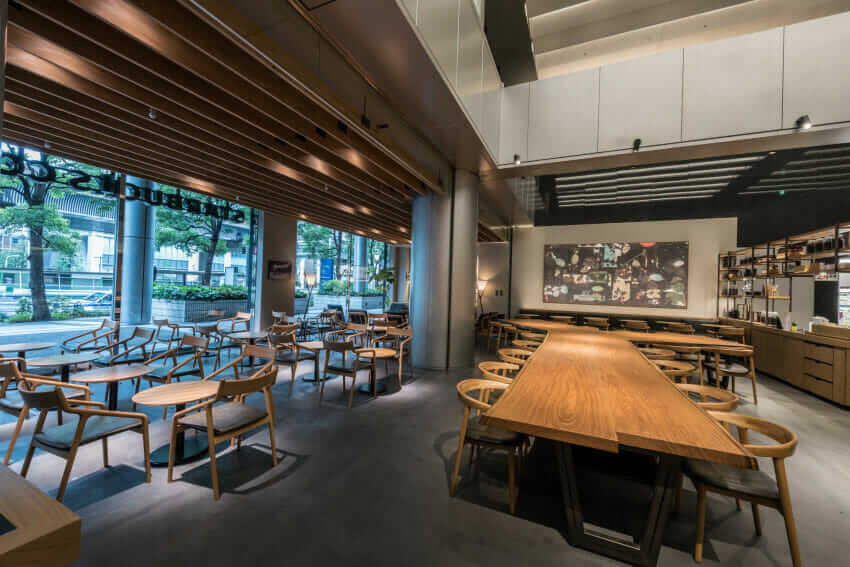 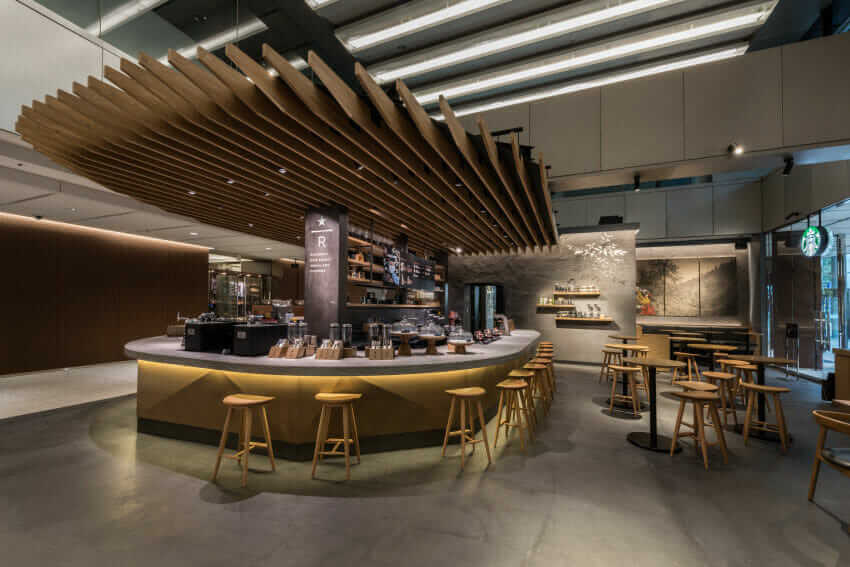 This approach, however, was not used at the outset. In 1996, Starbucks Japan’s spacious first shop—the first Starbucks outside of North America—opened on Matsuyama-dori Street in Ginza. It used a design template provided by Starbucks’ headquarters in Seattle, adapted only to comply with Japan’s building codes and space requirements. But as Starbucks continued to grow globally, this one-size-fits-all approach took a backseat as designers began to experiment with regional accents and more creative interpretations.

Starbucks Japan is now home to one of the company’s 18 design studios worldwide. The Japan Design Studio has about 30 employees, most of whom are interior designers or specialists with architectural qualifications. They plan and execute more than 100 new shop designs—and oversee the remodeling of up to 150 existing shops—every year.

Shifting the Design Process to BIM

In 2009, Starbucks Japan replaced its conventional 2D CAD software with Autodesk Revit, a Building Information Modeling (BIM) tool already being used at the Seattle headquarters. Mayu Takashima, head of the design team, recalls how her designers took to the new software. “We didn’t have any preparation or training; we just dove right into the software. Each designer started working differently, in their own way.”

At one point, it became clear that the BIM process needed to be more organized and collaborative. “As one example of how we used to work, our contractor’s data was linked to a family [a collection of 3D-modeling elements] they used, but that data couldn’t be retrieved, so we had to manually input a new set of data,” Takashima says. “It was a chaotic situation, to say the least.”

To escape this tortuous process, the team overhauled its entire workflow. “We held meetings with each designer to narrow down the functions we could use and the minimum requirements for each shop’s design plans. We used this feedback from the entire team to build a foundation that ensured all of our work lined up at the same basic level,” says Eri Takao, a member of the design-planning team.

When remodeling an existing shop, the design team re-creates the original 2D plans as a 3D model to execute the additional design work. With access to this data, it became much easier to show colleagues on the business-operations side of the company—such as sales managers and district managers—how each shop would change. As a result, the team could significantly ramp up the pace of the design process, saving time and money. 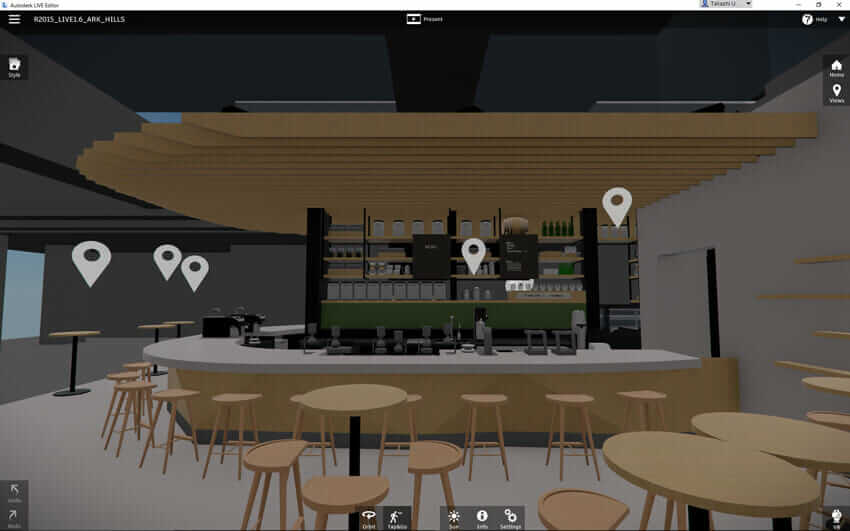 The view in Autodesk Revit Live. The 3D space of the design can be viewed and moved through using a head-mounted display. Courtesy Starbucks Japan. 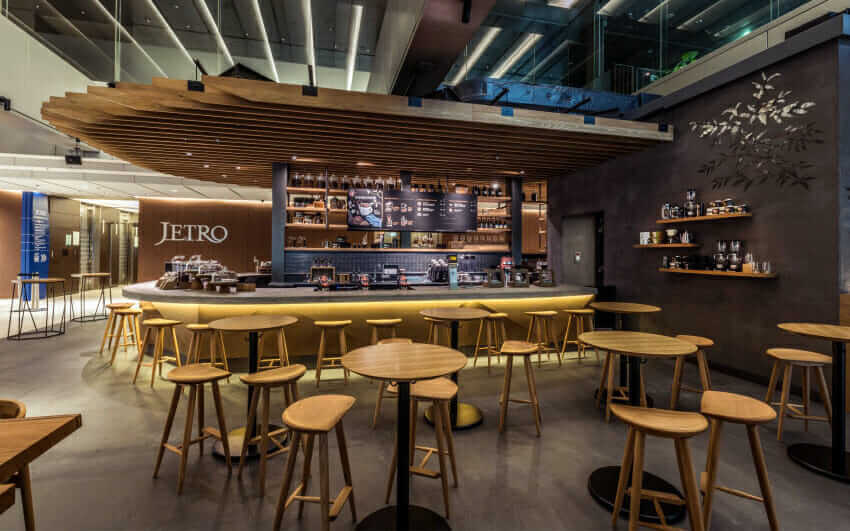 The bar counter at the Ark Hills shop, which was designed in Revit. Courtesy Starbucks Japan.

From the summer of 2016 on, Starbucks Japan began creating virtual reality (VR) content for their shops using BIM data distributed through Autodesk Revit Live software. In it, Revit files are easily converted to VR content, which can then be used for presentations and other information sharing.

While considering this platform, the designers brought together coworkers from other divisions to experience a visualization of the just-remodeled Ark Hills shop, using an HTC Vive head-mounted display. “A barista who worked at Ark Hills happened to be at the head offices of Starbucks Japan before our trial was to begin,” Takao says. “We had him try out the VR experience before anyone else. While I knew the BIM data being visualized was used in the actual building process, I was surprised by his reaction. He told me how he made coffee every day in that exact place. Aspects like the height and width of the counters, and the views of the customer seating area, were exactly the same as in the actual shop.”

“Until then, in discussions with builders, operational staff, and other divisions who needed to understand our designs, we had to explain certain parts with only a mental image for reference,” Takashima adds. “Now we can use VR to share ideas in real time, which I expect will help us to build consensus over the course of our work.”

Noted for its disaster-recovery support efforts, such as ongoing relief after the 2011 earthquake and tsunami, Starbucks also engages with local communities through social programs. One example is a project funding telecommuting initiatives in Asahikawa City in Hokkaido, undertaken by the shop-design division. This effort was part of a job-creation program, addressing issues around Japan’s declining population and workforce. The program taught Revit as a tool to strengthen job-hunting prospects for individuals seeking employment, but who require nursing care or have disabilities and cannot leave their homes.

“To inspire and nurture the human spirit—one person, one cup and one neighborhood at a time” is both Starbucks’ corporate mission and primary concern driving such initiatives. “We felt these efforts reflected Starbucks’ mission, so we embarked on trials to have telecommuters work with us in the shop-design team,” Takashima says.

Takashima hopes that by learning these skills, and being able to telecommute, those in the program will achieve economic independence. “It is their first time using Revit, but they are eager to learn, and they tell me how intuitive the interface is. Unlike those made in a 2D space, you can create designs that are substantial and realistic. In this way, they can take part in the wonder of craftsmanship, together with our designers.”