Natural disasters, war, and economic instability are displacing humans on an unprecedented scale, making it harder for communities to rebound quickly and for uprooted people to transition from temporary shelters into long-term housing.

One glimmer of hope, however, lies in portable and temporary shelters. They provide emergency housing that is prefabricated and quickly deployable in a disaster, and increasingly, they offer longer-term relief and a smoother transition to recovery. Here are eight examples of shelter-design innovations aimed at transforming temporary housing for masses of displaced people and helping them regain a sense of normalcy in their lives.

1. The Eco Living Module Is a Super-Sustainable Dwelling

This 215-square-foot module, a collaboration between Yale University, Gray Organschi Architecture, and the United Nations (UN), is meant to “spark a conversation about how truly self-sufficient a family of four housing can be,” according to Anna Dyson, founding director of Yale’s Center for Ecosystems in Architecture (CEA). The structure was designed with sustainability in mind: Features include solar panels, batteries that store enough energy to power a radiant heating/cooling system, and a condenser that extracts rainwater from ambient humidity to provide clean water for drinking, showering, bathing, and irrigating plants. The structure features an external plant wall for growing produce that can feed a family of four for more than 260 days a year.

2. The Skyshelter.zip Foldable Skyscraper Feeds Off a City’s Waste to Produce Energy

Damaged infrastructure can make it very difficult to respond to emergencies. That’s what three Polish designers wanted to address with the conceptual Skyshelter.zip, a mobile, solar-powered skyscraper that can be quickly folded and transported to natural disaster zones. This compact structure can be instantly deployed into a skyscraper with several floors, allowing uses such as a vertical farm, temporary housing, hospital and reception zone, and storage. The building is made with nanomaterial that can be used to produce clean energy in the case of an emergency and is designed to collect rainwater and filter it for use.

This shipping-container-size shelter by Daiwa Lease can be deployed anywhere a truck or helicopter can travel. In less than five minutes, it can expand to two stories, with a shower, bio toilet, small kitchen, storage for supplies, equipment, bunk beds, and an office desk. Solar cells feed lithium-ion batteries, while a condenser provides as many as 20 liters of water a day. The EDV-1’s pixilated skin lights up to provide signage, sharing critical information during emergencies. 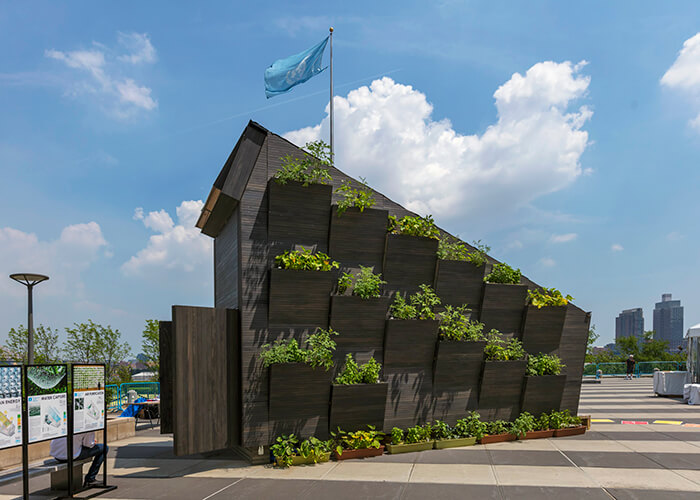 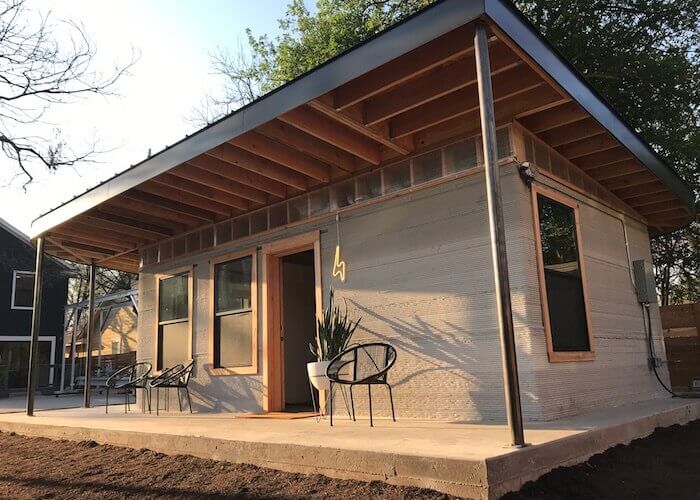 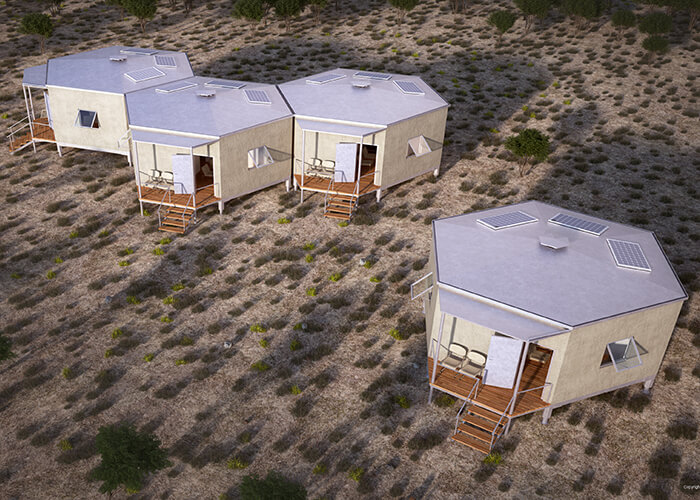 Architects for Society is a 14-member nonprofit comprising architects from eight countries. When the team discovered that the average stay in a refugee camp was 17 years, with many people living in makeshift dwellings such as airplane hangars, it wanted to create a more dignified option. It designed the Hex House, a small, hexagon-shaped house that is rapidly deployable and comes with two bedrooms, bathroom, porch, kitchen, and common areas for shelter with privacy. Multiple Hex Houses can be connected to accommodate large families and offer a sense of community.

The solar-powered AbleNook can be assembled in two hours without any tools and without the need for skilled labor. It is robust enough to endure a low-level hurricane. While there are no bathroom or kitchen facilities in the AbleNook, it offers a protected terrace that provides additional space so inhabitants don’t feel confined. Other features include natural ventilation and lighting and water-storage space.

6. IKEA: Not Just a Furniture Store

IKEA’s solar-powered Better Shelter ships in a flat-pack and features a modular design that makes it as easy to assemble as the company’s furniture. Five people can sleep comfortably inside the structure, which at 188 square feet is twice the size of a standard refugee tent. The home has solar-panel roofing, allowing inhabitants to generate their own electricity, and its roof deflects solar energy to keep its interior cool during the day and warm at night. The Better Shelter costs $1,250, which is twice as much as a typical emergency tent, but it provides security, insulation, and durability, and lasts for at least three years.

Extremis Technology’s HuSh2 family shelter is specifically engineered to withstand Category 5 hurricane winds. It was designed for the transition period between the initial tent housing and permanent resettlement. The shelter can transform from a rectangular building with a pitched roof into a “storm-safe” prism shape by folding its walls down, in just seven minutes, without tools.

The UN estimates that one in eight people worldwide live in inadequate housing. To fight global homelessness, design-build nonprofit New Story partnered with ICON to build the first permitted, 3D-printed houses made of concrete. The production version of its concrete printer will be able to build a single-story, 600- to 800-square-foot home in 24 hours, for less than $4,000. The structure includes a living room, kitchen, bedroom, and wraparound porch.