Moreno designs schools, made with a contemporary sense of digital acuity and form, for clients of modest means. His UNO Soccer Academy charter school is a composition of glass and stainless steel woven into sharp angles and flowing curves. JGMA’s El Centro building for Northeastern Illinois University is a coiled, cantilevered glass python, studded with brilliant yellow and blue louvers. And the Instituto Health Sciences Career Academy charter school converts a disused warehouse with a bright, dynamic graphic treatment that carries its founding institution’s tradition of adaptive reuse into a new era.

Though these communities and clients are often underserved, JGMA doesn’t operate under the assumption that only the well-heeled appreciate progressive design, while everyone else prefers unimaginative red brick.

If you ask Moreno, progressive design on a budget is about communication, education, and resourcefulness. “Don’t underestimate what these clients deserve,” Moreno says. “There’s a willingness to explore new ideas. The clients I work with have such conviction for what they’re trying to do. The ideas of the architecture and their conviction create a perfect storm.” Many of Moreno’s clients have never worked with an architect before, but that doesn’t mean he’ll forgo 21st-century materials, methods, and forms.

1. Meet Clients on Their Own Terms. From the outset, the way you communicate with clients unfamiliar with architecture will set the parameters for what can be built. In a corporate boardroom, you might not feel comfortable basing a client pitch on your own biography, but for smaller, less technocratic community-based groups, personal identity can be a point of connection.

For his part, Moreno begins with, “Why am I here, what it is that lights a fire in me, and why do I care about this community?”—often delivered in Spanish. (Nearly one-third of his firm speaks Spanish as well.) Moreno was born in Colombia and grew up in Los Angeles, raised by a single mother. His message to clients is: “I’m a Spanish-speaking immigrant, like you.” 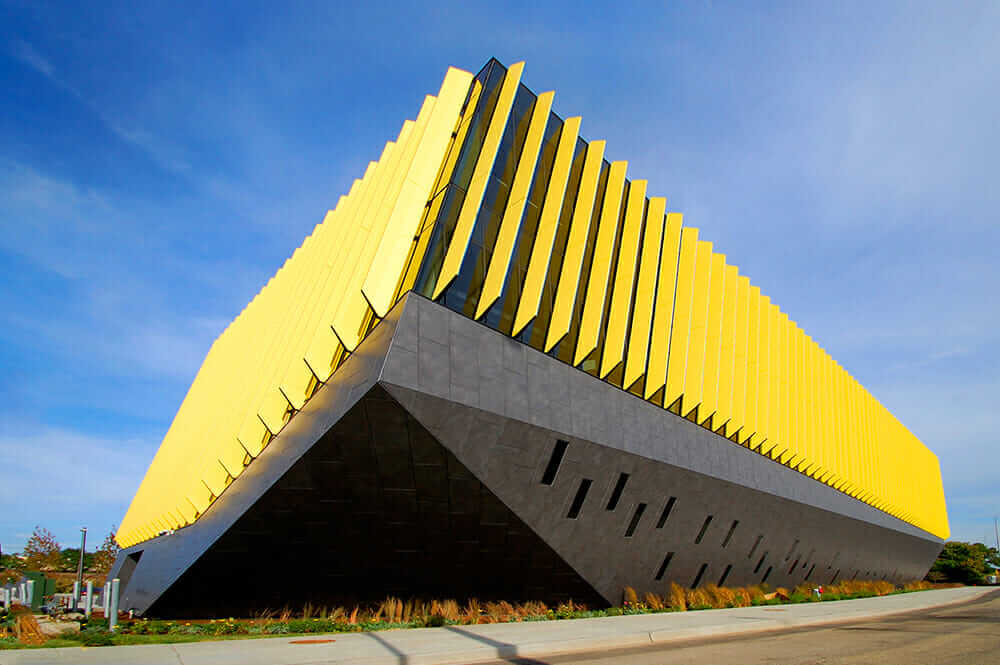 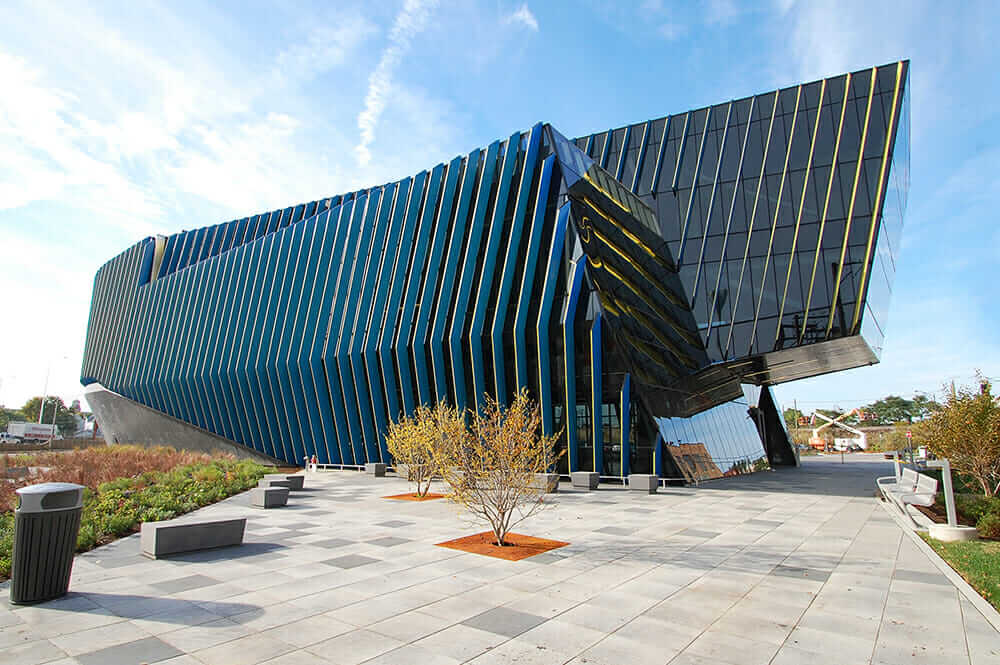 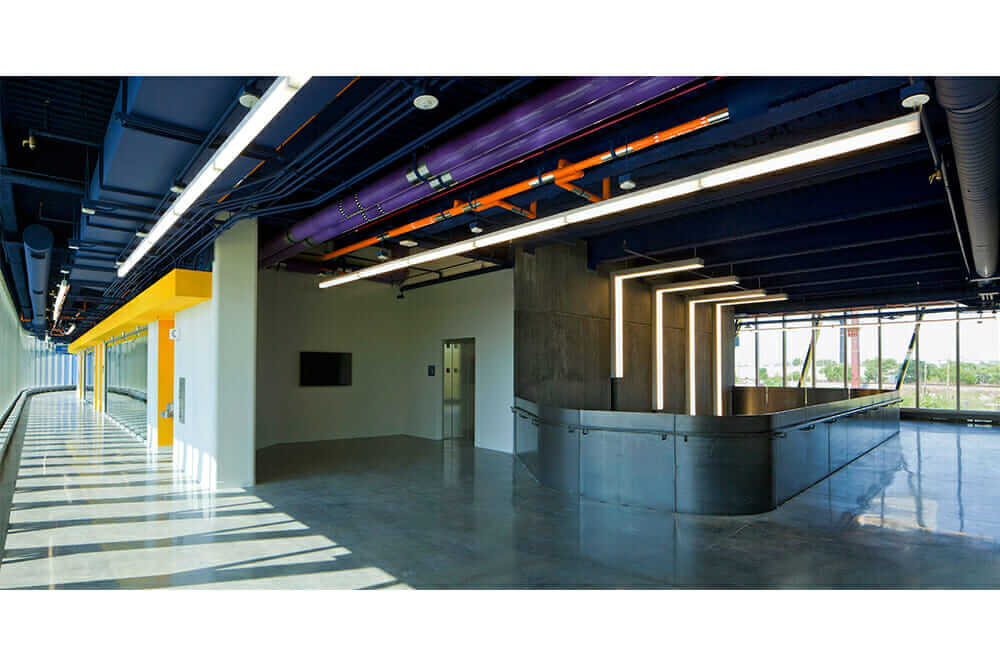 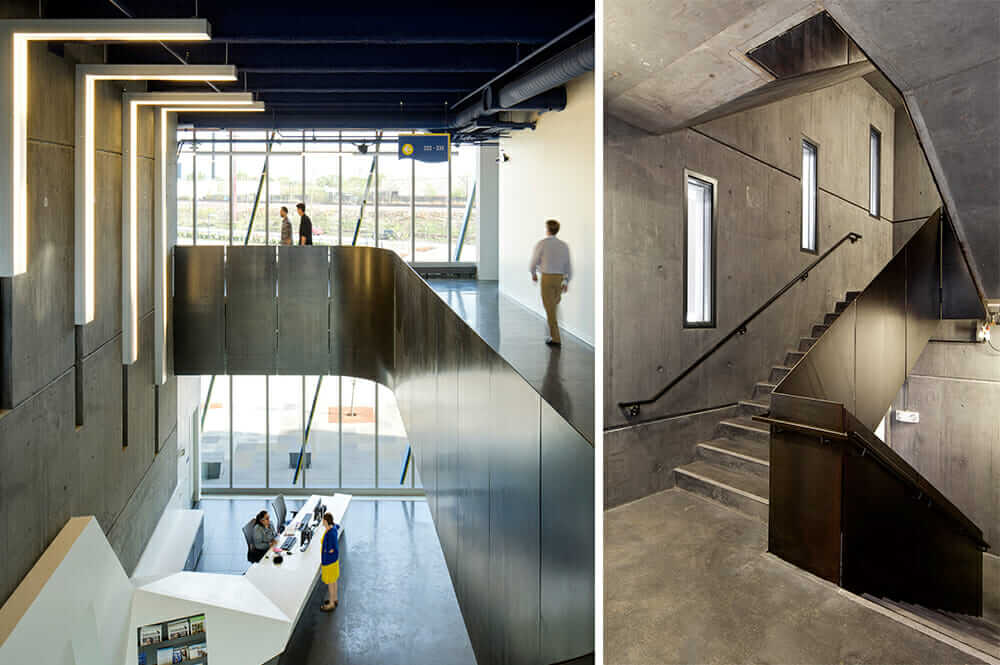 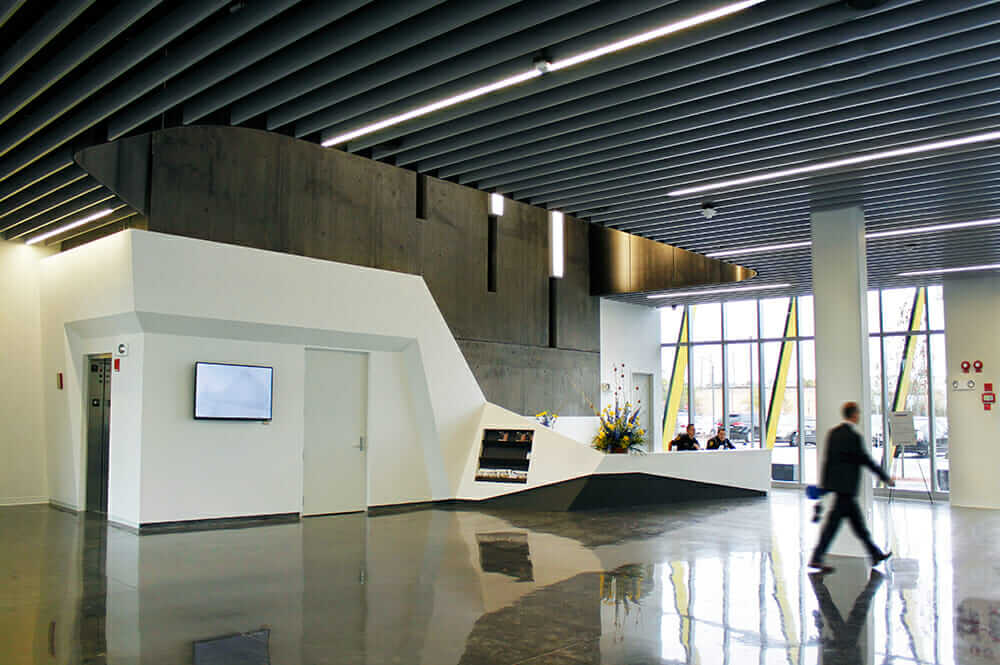 2. Don’t Condescend; Educate. When clients are unfamiliar with design, there’s a need to define terms at a basic level—simply explaining what architecture entails. But once you’ve crossed that threshold, it’s time to drop preconceptions of what any particular socioeconomic or demographic group might want.

“The way I approach it [is as] an educator,” he says. His education project clients “are like sponges during this whole dialogue, to where the level of architectural conversation is elevated. That, to me, is the most rewarding part.”

Learn how STEM in underserved areas pays off.
Read More

When working with minority communities, there’s a tendency for some architects to fall back on knee-jerk cultural tropes—that is, for a Mexican community, this might mean integrating tired clichés such as Mayan terraced pyramids. A better approach, Moreno says, is to use more abstract references to cultural traditions. For him, that means using lots of bright colors in his projects, a reference to Latin American design traditions that sidesteps more literal allusions. 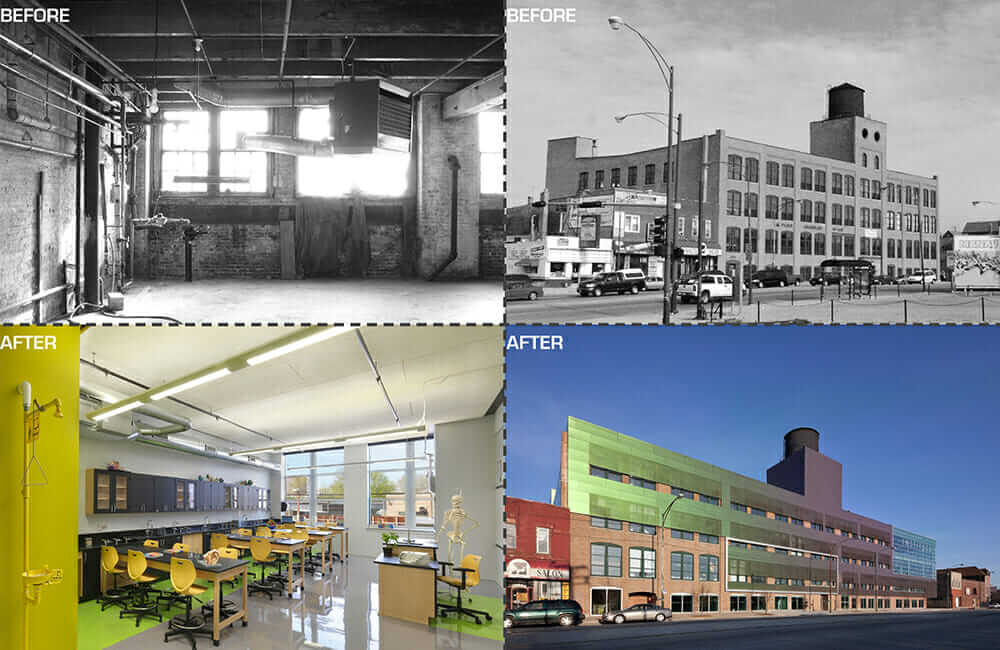 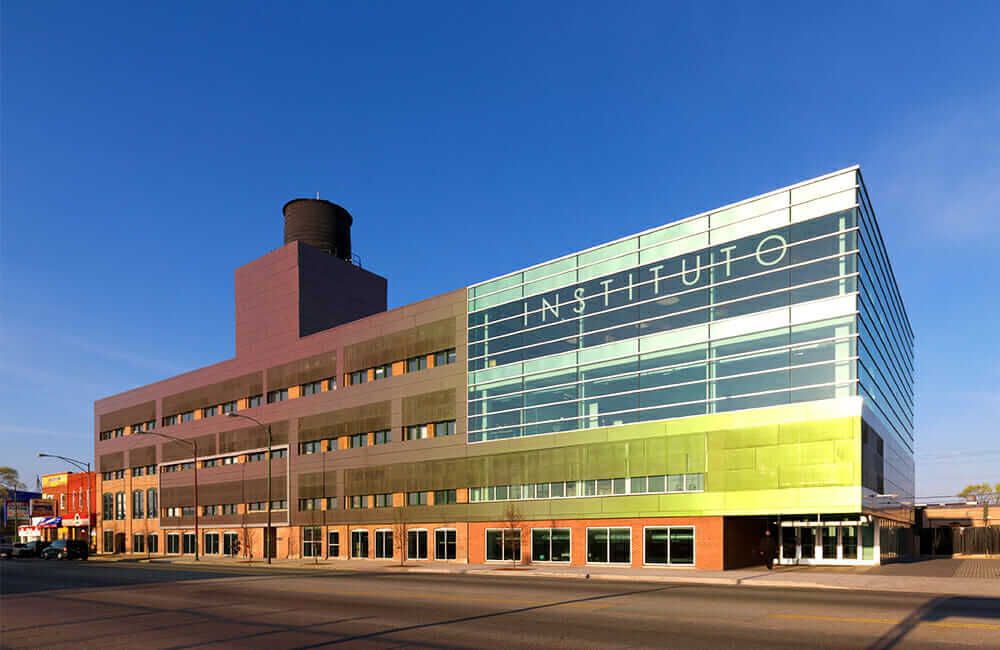 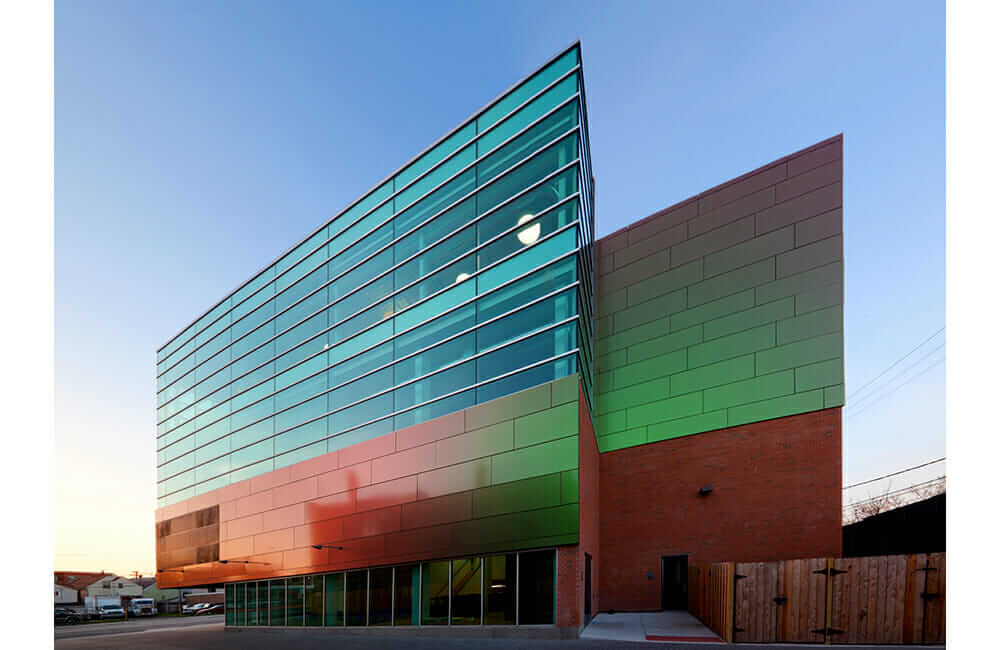 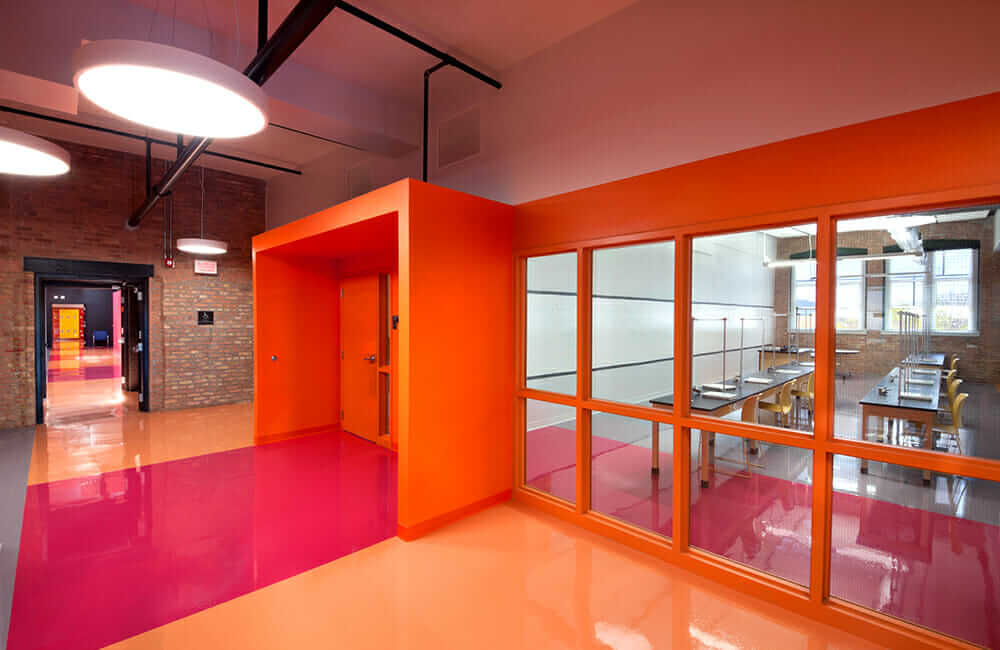 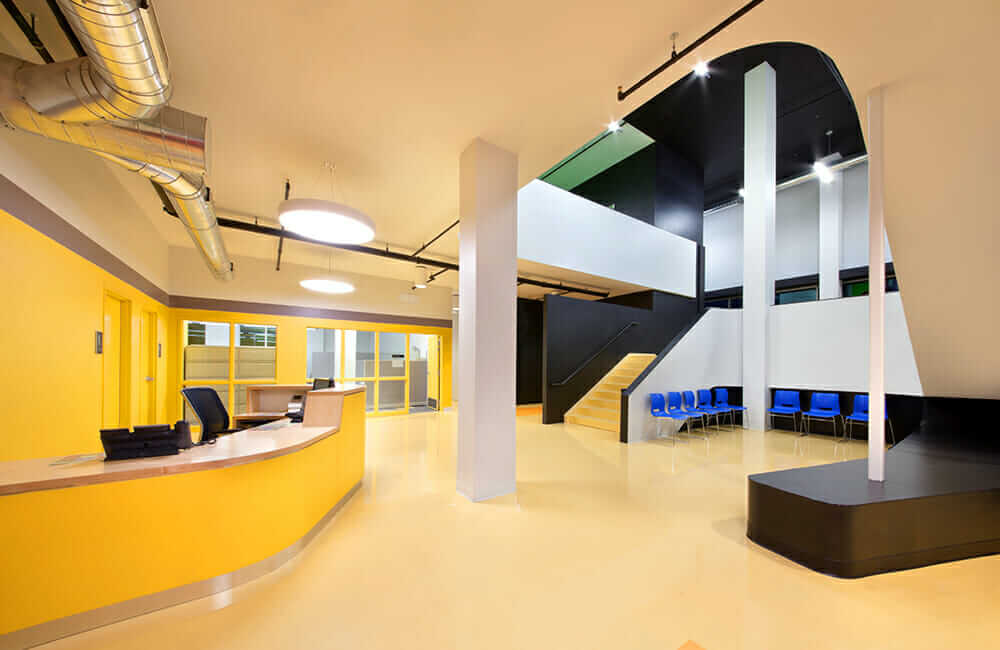 At Moreno’s Instituto Health Sciences Career Academy, each floor is color-coded by grade level—neon greens, blues, and oranges. It’s an inexpensive way to define space that helped keep the budget at only $19 million. “I’m not afraid of color,” he says. “My cultural heritage is one [where] color is celebrated in everything that we do.”

3. Know What—and Where and When—to Cut. The cheapest way to build is seldom the most interesting way. This means designers like Moreno—who place a premium on delivering adventurous design to all clients—have to make sacrifices.

The key is making compromises that detract the least from the project’s goals. For the $22 million El Centro, Moreno spent more on the building’s exterior because its prominent location near I-90 means it will likely be the first notable piece of architecture visitors coming from Chicago’s O’Hare Airport will see.

Its louvers are yellow on one side, visible when speeding downtown, and blue on the other, seen when driving back out of the city. But inside is “as raw as raw can be,” Moreno says—all polished concrete and exposed ductwork. “I saved a hell of a lot of money by just not applying layers and layers of materials.”

At UNO Soccer Academy, which had a total budget of $27 million, the stainless steel exterior was a purely economical choice. The fastening method used to attach each panel—a simple clip system found in HVAC ductwork—required little skilled labor. And at the time of construction, stainless steel was the cheapest feasible material. If construction had been delayed a matter of months, the exterior could have been completely different. “That exterior was an investigation of what materials are cost effective at this moment in time,” Moreno says. 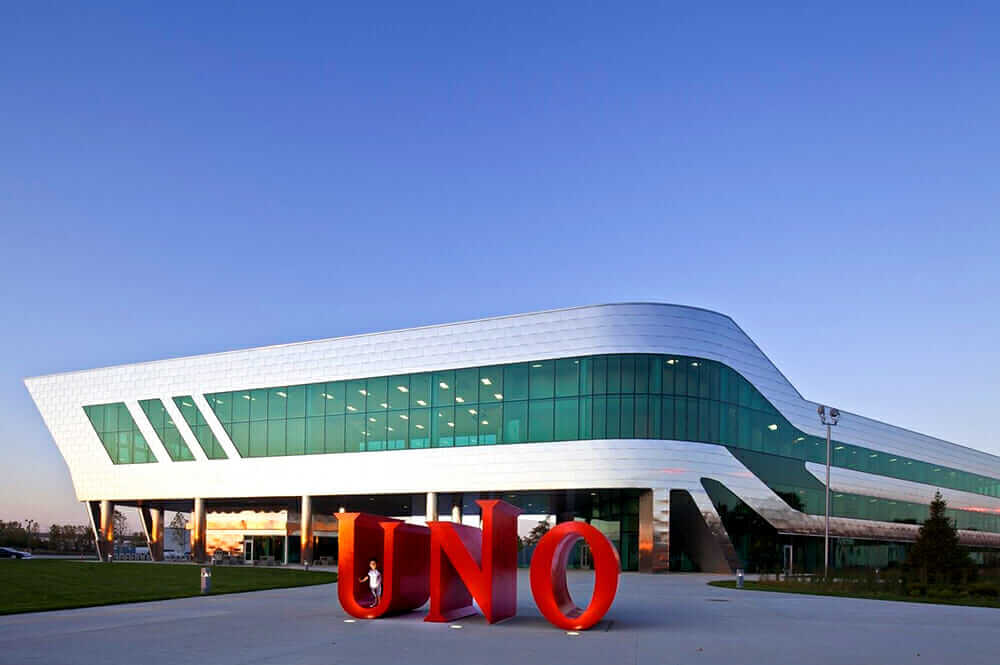 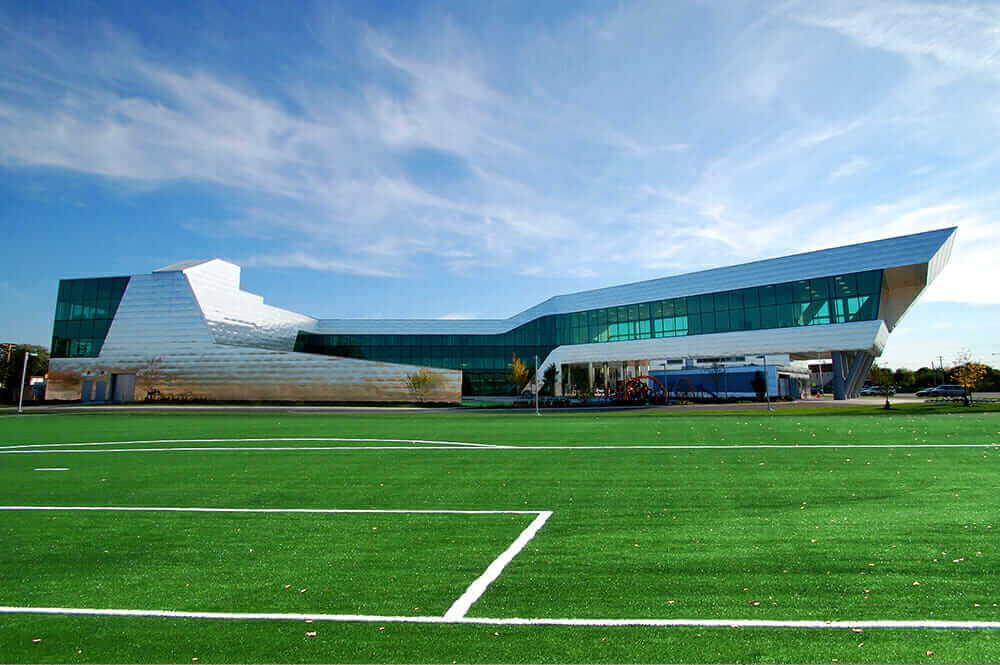 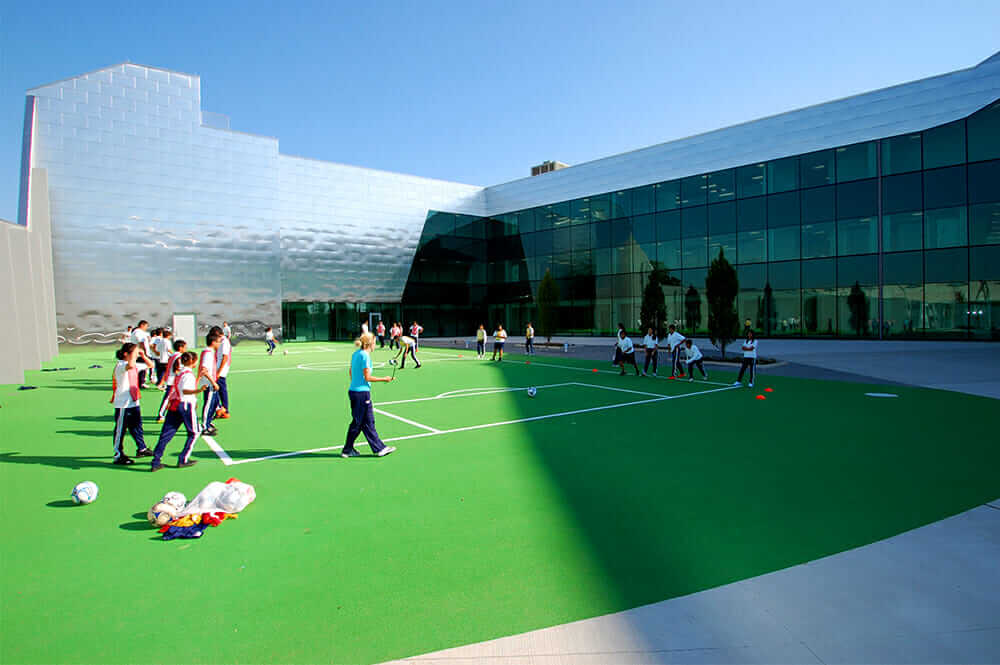 4. Reuse What You Can. A key factor that made the Instituto school inexpensive was the reuse of an existing brick warehouse. The value of remediating this century-old piece of neighborhood infrastructure was clear to Moreno, but his clients required some coaxing.

The nonprofit that founded the school was based in a converted motel a block from the warehouse, where students crammed into bedrooms. It was as direct and clumsy an example of adaptive reuse as any bodega-turned-storefront church. To a nonprofit announcing an enriched pride-of-place with a new school, another shoehorned renovation seemed to miss the point. Meanwhile, Moreno’s own UNO school was ground-up construction, which neighbors reminded him of when they asked him, “Why are we getting a used building? Is this what we think of our children?”

But Moreno brought them around by explaining that a reused building could fill a gap in the heart of Instituto’s community. “There are open land opportunities in the fringes of other areas, but they’re not at the core where the school is needed,” Moreno says.

The new school would be a link to the organization’s past, continuing its legacy as a creative adaptation of existing resources. And this time, it would be completed with a level of sophistication that would make it a standout design case study for the entire city.

The completed building remains scaled to the neighborhood, continuing the block’s red-brick texture and contrasting it to a sharp and chromatic brightness. The structure supporting the warehouse water tower becomes a testament to Instituto’s 30-year history in the neighborhood—and a beacon toward its future.