In the world of movies, filmmakers ignite the spark of an idea using mind-blowing technology and troves of talented people. A digital pipeline channels the production workflow from that first inkling to the final edit. In the built world, an architect’s vision becomes reality through a similar process of BIM (Building Information Modeling). The digital realm holds insights for creators in both worlds, but there are some surprising lessons to be learned from the pipeline that brings imagined worlds to life.

My former boss, George Lucas, created worlds so fantastic they could not be realized as physical sets. He relied on building these scenes digitally. So he invited his actors to imagine they were on an alien planet, then deliver a few weighty lines. You could see the actors squirm; conjuring emotion and gravitas in a sterile environment tests the imagination of even the best actors. The performance delivered in front of a green screen stood in contrast to the fantastic worlds of the final shots. For context, filmmakers needed to show the world as it would appear after compositing, only right there on set.

Today, filmmakers can render that world in real time and display it on monitors or immerse the actors using virtual-reality (VR) headsets. Everyone can connect to it. That changes the dynamic.

For the architect working on a building concept, it’s essential for others to see that building and give feedback early in the process. If the data were live, an engineer could make required changes before the design goes too far down the pipeline. That real-time responsiveness is still in its infancy, so architects can’t see the consequences of their choices as they’re being made. When real-time immersion in a digital building becomes possible, with interactive components from all the other disciplines, architects could make crucial design decisions earlier.

Here are five things architects in the built world can learn from a filmmaker’s digital pipeline. 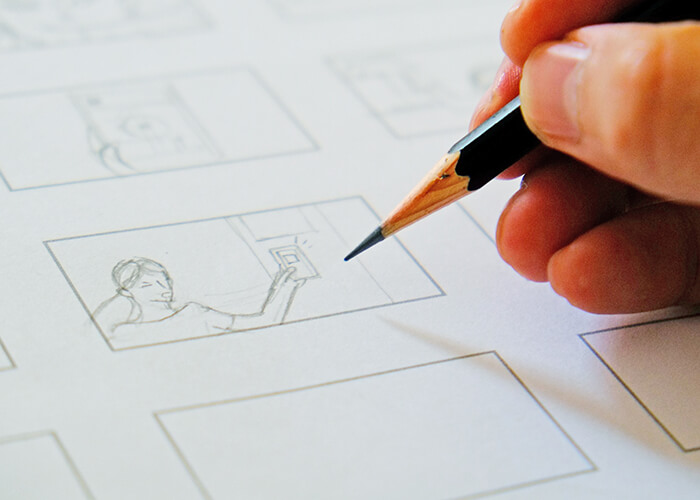 Filmmakers often make a digital twin of the physical world they’re filming, then progressively refine that world until it is fully realized. Beginning with previsualizing shots and ending with compositing live footage and visual-effects (VFX) renderings, the digital pipeline captures the product of all of the work in progress. Every detail is chosen in context of the big picture and how the pieces fit together.

Spontaneous ideas or impromptu solutions can potentially disrupt this process. But the digital pipeline lets you put a scenario in context, see all of the data connected to this decision point, and make an informed choice understanding how that choice impacts next steps. In filmmaking, if a scene isn’t working, an impromptu script change may require rewrites of later scenes.

We humans come up with our best ideas when facing challenges and constraints collaboratively. Capturing that spontaneity and ingenuity is the principal function of a movie set. The director learns from the moment. This becomes part of the digital record, which acts as a single source of truth for the filmmaker.

If a contractor has to solve a problem on the spot, the solution isn’t always flagged as meaningful data that the architect and engineer can learn from. If all such data were collected in the builder’s pipeline, the digital project would provide context for decisions, and issues could be corrected less expensively. Access to a single source of truth across disciplines would create a more seamless process in the built world and will open the door for machines to learn from corrections and better assist designers and engineers. 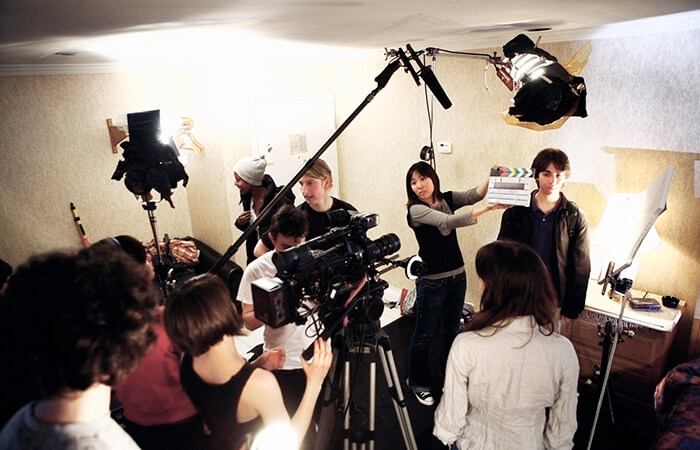 Collaboration across disciplines drives creativity. Filmmakers have pushed the envelope by maximizing parallelism. By that I mean collaboration starts earlier, lasts longer, and happens across a broader spectrum of disciplines. An animator can work with a lighting designer even though their roles are quite distant in the production pipeline. In parallel workflows, ideas surface and develop quickly. Information flows in all directions and the window for change is wide. Production accelerates as more people collaborate at the same time.

One filmmaking practice that notoriously slows production and runs up costs is putting off decisions until post-production. Actors in front of green screens might be told, “We don’t know whether the spaceship is flying into this tree or falling off that cliff. We’ll fix it in post.” But those filmmakers have a problem: They have no idea how much fixing it would cost, and they can’t visualize the options on the spot.

When James Cameron made Avatar in 2009, he wanted to look through the camera lens and see his vision of the planet Pandora and blue Na’vi people. The first crude attempts to display this imagined world with the actors in it didn’t cut it. Now, with four sequels currently being produced (the first to be released at the end of 2020), the director can see his fully realized world with the actors in context. Creative decisions can be made in real time, based on the requisite data in the digital pipeline.

The same holds true in the built world, where more refined real-time visualizations and actions can allow decisions to be made earlier and prevent the time-and-cost ramifications of delays.

Data piles up during a massive project—whether it’s a four-film franchise shot in quick succession or a supertall skyscraper squeezed into a city block. Big filmmakers have mastered the science of classifying data so a global workforce can create, store, find, share, and change assets. It’s so granular that a character-simulation department could find and fix an errant eyelash in one shot in a sequence. Data standardization, federation, and versioning prevent “race conditions” (two entities competing for dominance) or ownership ambiguities. 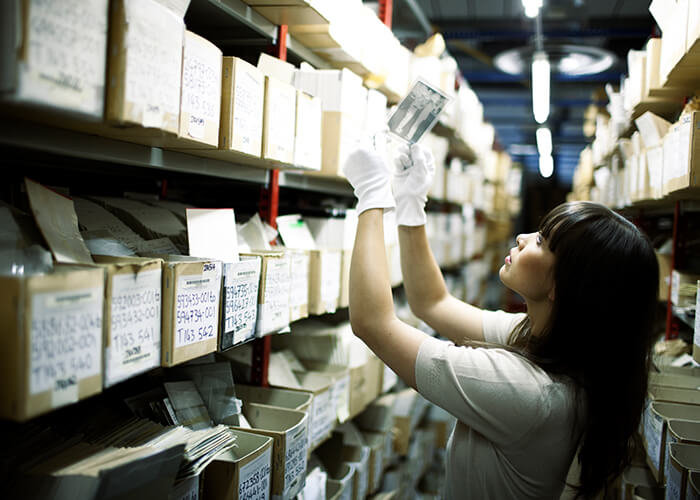 In the built world, PDM (product data management) keeps information current under the watchful eye of a BIM manager while project teams collaborate. Construction contractors have less experience naming and sorting volumes of data, so the data isn’t as useful. But machine learning can change that.

If all of this data can be captured and analyzed, the resulting insights can yield better predictions. Human ingenuity powered by data knowledge can transform the industry by squeezing the production pipeline and fostering creativity. Filmmakers can begin to compete in a data economy, where data drives innovation and change, and ultimately, better storytelling.