When you imagine your dream car, is it sleek, one of a kind—and completely digital?

Probably not, if you’re envisioning a form of transportation that can get you from point A to point B. But there’s a new option for automotive dreamers, one that gives you all the gravitas of having a completely unique set of wheels along with the peace of mind that it can never be stolen. It’s called a cryptovehicle, and one Munich-based startup thinks it’s about to cause a revolution.

The brainchild of CFO Andrew Müller and CEO Leandro Bellone, CryptoMotors is in the business of digital car design. Its cars are 100% digital, meant for collecting or using in video games and virtual-reality environments. Each of its cryptovehicles is unique, and would-be buyers have only way to purchase one: with the cryptocurrency Ethereum (or Ether for short).

Bellone, thanks to his connections as an Autodesk Alias 3D designer in the automotive industry, first had the idea to create a company that would combine digital automotive design and blockchain technology. “My vision evolved as cryptocurrencies became more popular a few years ago,” he says. 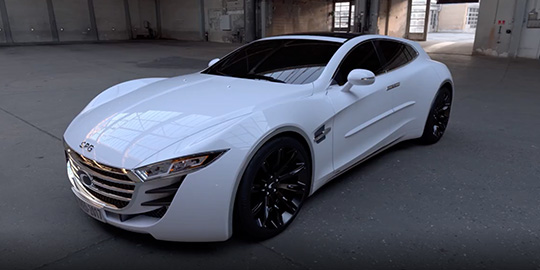 Want to create a 3D model of your own digital vehicle?
Get the Right Tool

Blockchain is driving a digital revolution

Considered by many to be the biggest innovation since the Internet, blockchain is a continuously expandable list of data records linked together by means of cryptographic procedures. Changes are collectively documented and certified, eliminating the need for a central authority. As a result, data is not stored centrally on the servers of large companies such as banks or social networks. Instead, the data is simultaneously located on a large number of different computers, all of which have an identical copy of the database.

Blockchain technology is considered transparent and immune to fraud, and its best-known application is the digital currency Bitcoin. CryptoMotors, however, opted for the Ethereum blockchain because it hosts distributed applications known as dapps. “It’s one of the most promising blockchains,” Müller says.

Each CryptoMotors virtual vehicle is created using an ERC-721 nonfungible token, which gives the buyer full ownership. He or she can hold, trade, sell, or otherwise control the digital asset. That token also means that the car designs are protected from duplication and arbitrary distribution. And that’s what makes CryptoMotors so interesting for designers.

Crowdsourcing designs for a digital marketplace

“We want to network designers, no matter where they are in the world,” Müller says.

One way that CryptoMotors accomplishes that is through online design challenges that crowdsource new car designs. Anyone, from seasoned automotive designers to art students to hobbyists, can submit a design. The goal is to not only create an outstanding 3D-modeled car design but also expand the CryptoMotors community.

In the first stage of the challenge, designers from all over the world submit their initial hand-drawn sketches. The community then votes to decide which designs enter the second stage, in which the sketch is digitized. In the third stage, CryptoMotors’ professional designers use Autodesk Alias to create a 3D model of the car and a final visual rendering using Autodesk 3ds Max and Maya. Bellone calls these digital designs the “soul” of the car. And this is exactly what CryptoMotors is all about. 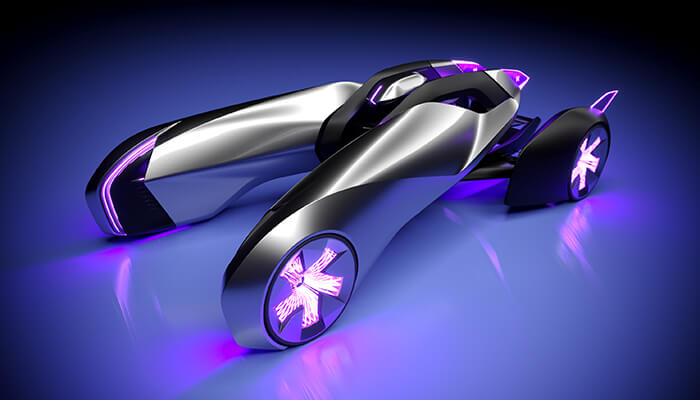 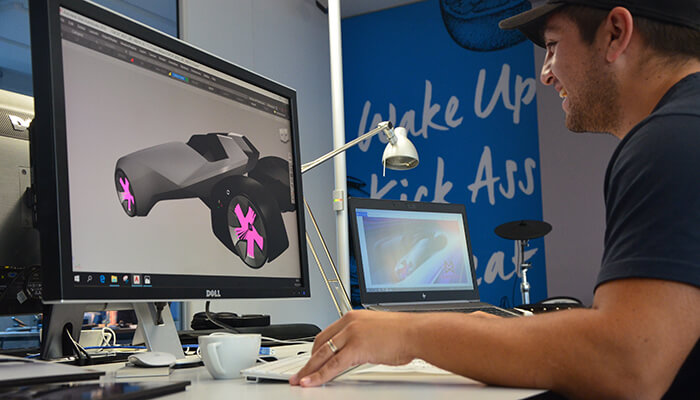 The winner of CryptoMotors’s first challenge is the superfuturistic car design Abyssus, now offered for sale as a limited edition. Interested buyers can only acquire it using the cryptocurrency Ether. CryptoMotors and the vehicle designer share the profits.

As of this writing, the price of 1 Ether (ETH) equals approximately $175. CryptoMotors models range from 0.2 ETH to 5 ETH. Buyers are often collectors in the automotive scene or gamers who want to experience unique custom vehicles in their 3D games. CryptoMotors customers also include automobile manufacturers and suppliers to the automotive industry, as well as companies such as the Danish e-bike and e-vehicle manufacturer BIOMEGA. They all approach CryptoMotors with specific briefs.

Having just celebrated its first anniversary, CryptoMotors has already expanded to offices in both Germany and Argentina. “The future looks fantastic,” Bellone says.

And if the company’s whitepaper/manifesto is right, more great things are certainly to come: “Designers, 3D modelers, and artists are welcome to join the team to make this community more exciting day by day. Our dream is to shape the future with a digital vehicle revolution.”