In 2001, the Taliban destroyed the Buddhas of Bamiyan in central Afghanistan using dynamite, anti-aircraft guns, and artillery. After weeks of incremental destruction, nothing of the statues remained.

That sad turn of events was the impetus for the founding of CyArk, a nonprofit that uses technology to ensure sites of rich cultural heritage remain available to future generations. Since 2003, they have used laser scanning, photography, photogrammetry, and 3D capture to record nearly 200 sites around the globe.

“With no real three-dimensional or engineering-type record of those structures in Afghanistan, they are just gone,” says Elizabeth Lee, managing director of CyArk. “So we started to go out and capture this information for monuments around the world, so that if anything happens to the physical monuments, we have that record available for future reconstruction efforts.”

Unfortunately, CyArk cannot just focus on capturing sites before the ravages of time, the environment, or natural events erase them from the landscape. Now groups like ISIS have put sites in Syria at the top of CyArk’s priority list, as they try to digitally preserve cultural landmarks that may not exist much longer.

“It certainly increases the urgency and adds a clarity of purpose,” Lee says. “We’ve seen a huge increase in intentional destruction. We were founded in response to a singular intentional destruction, but what we’ve seen over the last 18 months, in terms of specifically targeting these sites, really brings into focus what we’re trying to do and why it is so important to have this information captured.”

And it’s not just about the loss of the historical structures themselves. “That building or that piece of art is something that previous generations left behind as a way of communicating their experience and their worldviews, and when we lose that object, we lose that line of communication to people in the past,” Lee says. “That’s why I think the work that we’re doing right now, and mobilizing these teams in conflict areas, is more urgent than ever because we are losing [sites] at an increased rate.” 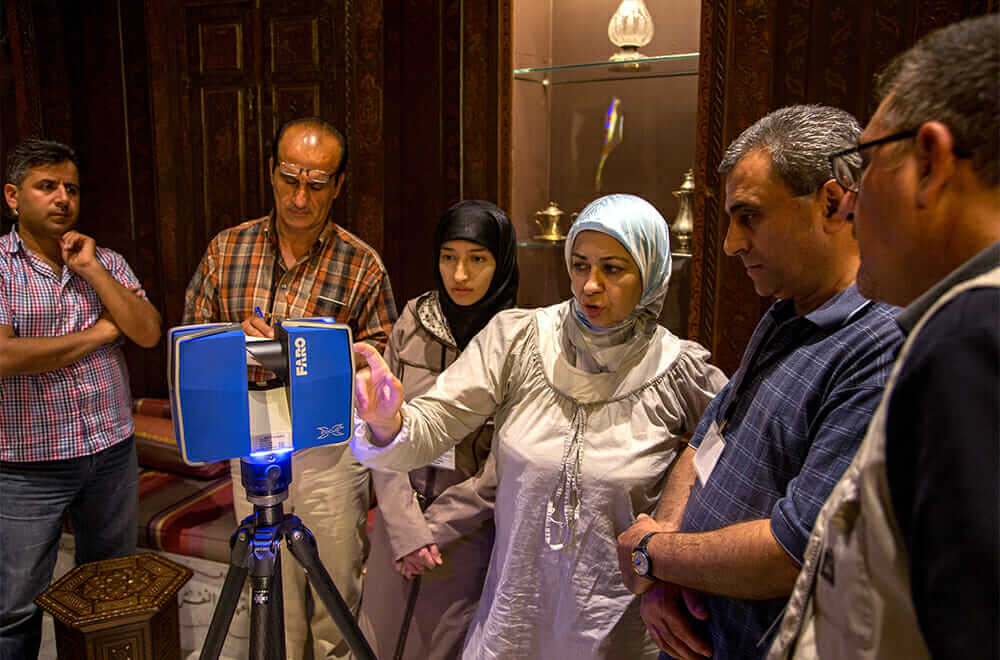 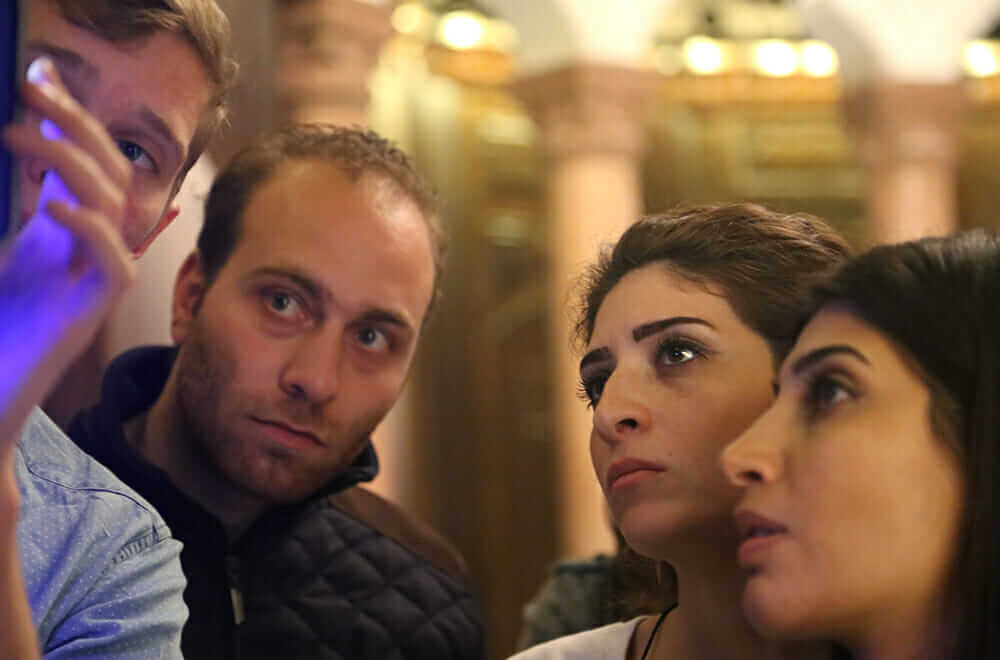 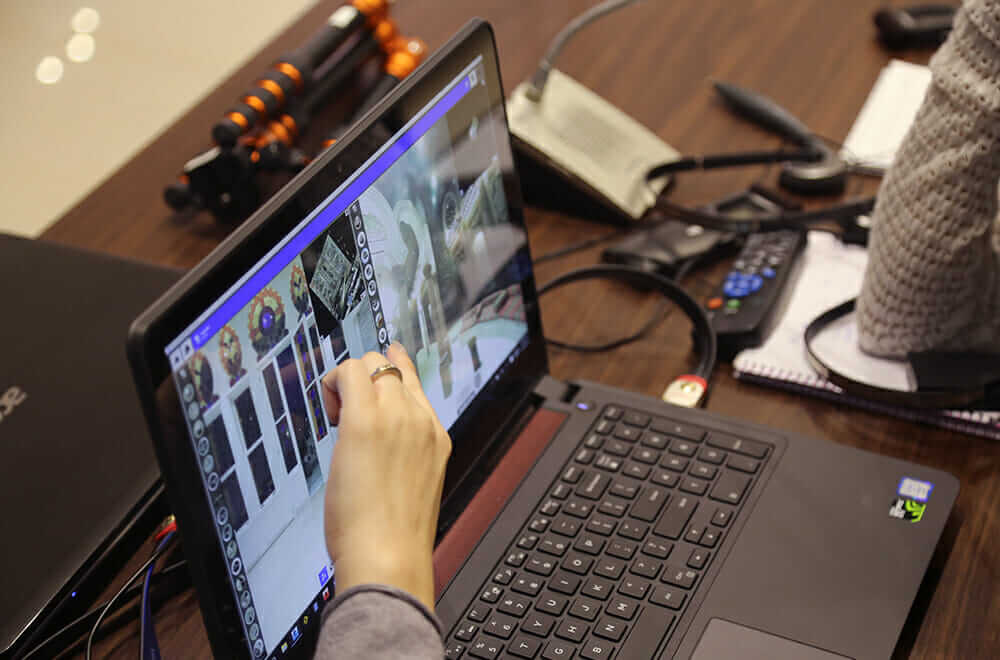 Initially, CyArk trained Syrian teams in Beirut, Lebanon, to get them familiar with using the technology (including FARO scanners and Autodesk AutoCAD and Recap 360 Pro software) necessary to capture a site.

“It’s a safer region to work in,” says Ross Davison, field manager for CyArk. “It allows them to get better at the entire process and make it quicker, so that when we are going to higher-risk areas, places where you do see active conflict, they can be very efficient in the way they do go about the work.”

Following the training, the teams returned to Damascus, Syria, to start the work. The time it takes to document a site depends on its size and the resolution at which you capture it, with most sites ranging anywhere from one to three days, and larger sites up to two weeks. The upside of the technology is that sites in high-conflict areas can be documented almost without notice.

“You can send a really small task force, and the technology has come so far at this point that if you deploy two people—one with a camera, one with a scanner—you can get an entire site documented almost unnoticed in a couple days,” Davison says.

The risk level at these sites prevents CyArk from using nonhuman technology such as drones to capture the data, since it would draw too much attention to the work they are doing. “They’re loud, noticeable, and easy to track back to their source,” Davison says.

CyArk also spends a lot of time working with local culture-heritage professionals, architects, archaeologists, and surveyors—so they are not only capturing the site, but also empowering people who live in the region with the tools to preserve their history.

“A lot of times organizations will go abroad to work on a project, but once it’s done, all of the information and technology involved with it leaves the country,” Davison says. “If you don’t have the infrastructure or the people in place who actually know how to employ it, it’s not going be a sustainable program.”

As a nonprofit, the other thing CyArk needs to sustain is the financial means necessary to capture as many sites as possible.

“There is endless demand in terms of need to do this work,” Lee said. “The training that Ross did with 5 Syrians tripled into 15 Syrians in a couple of months, and they’re so hungry for this technology and willing to go into these zones that are heavily conflicted because the preservation of their culture and history is so important to them. So it is this race against time.” 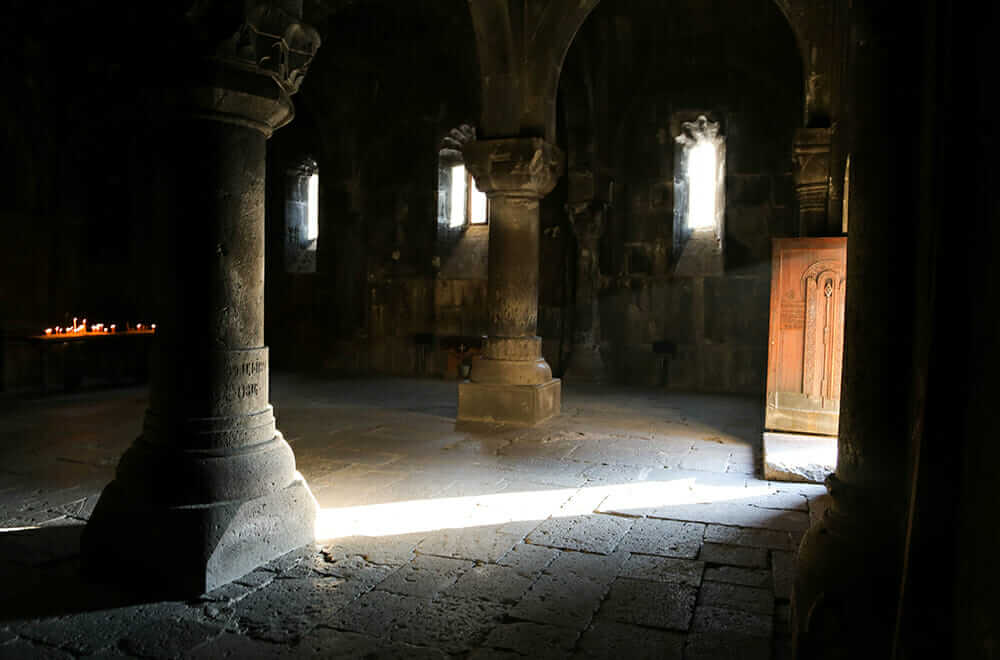 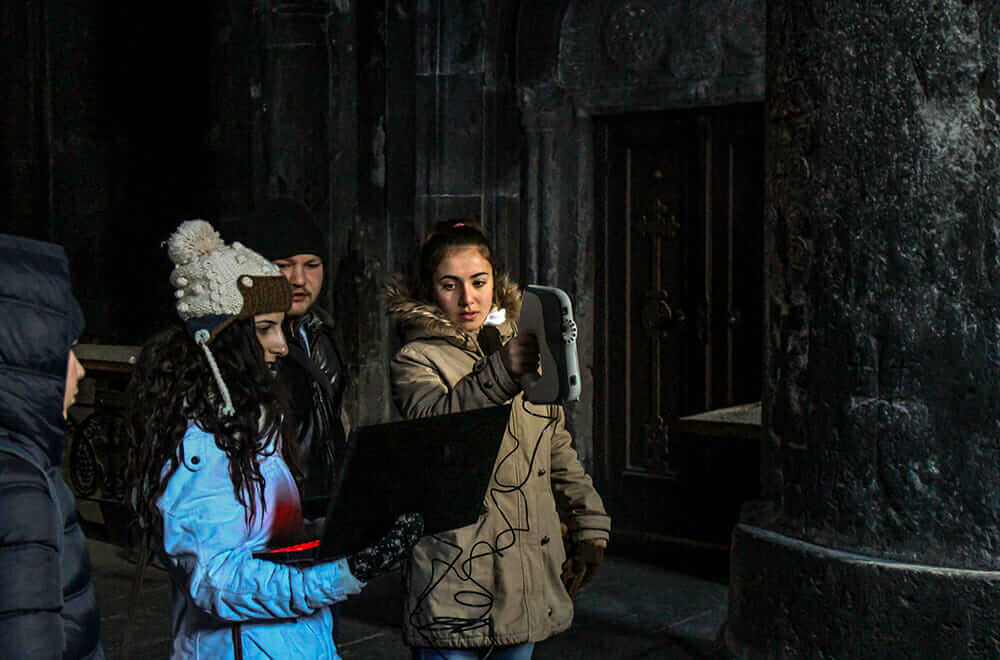 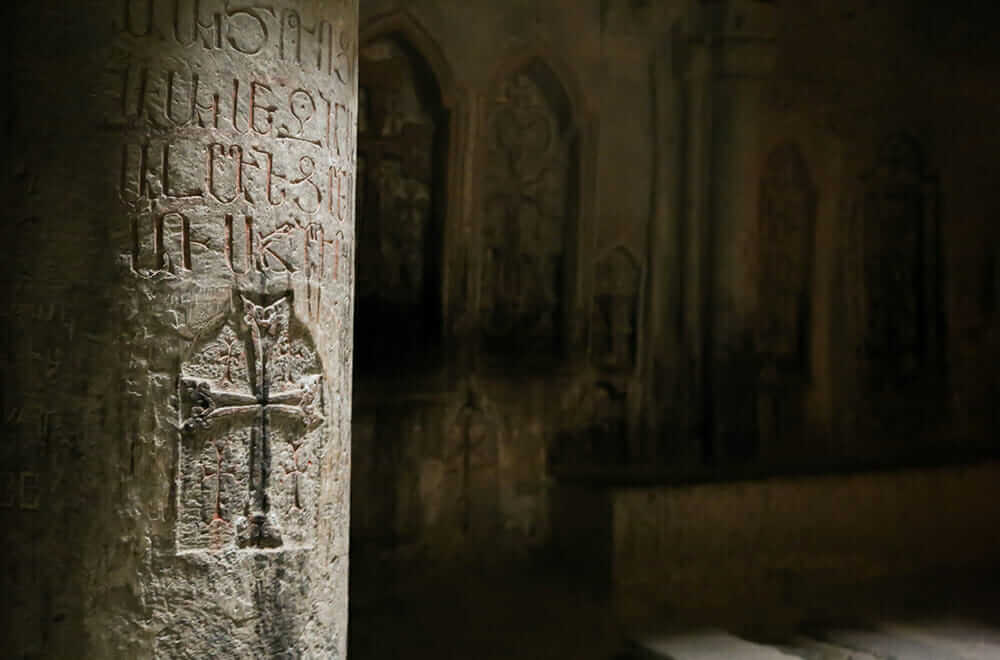 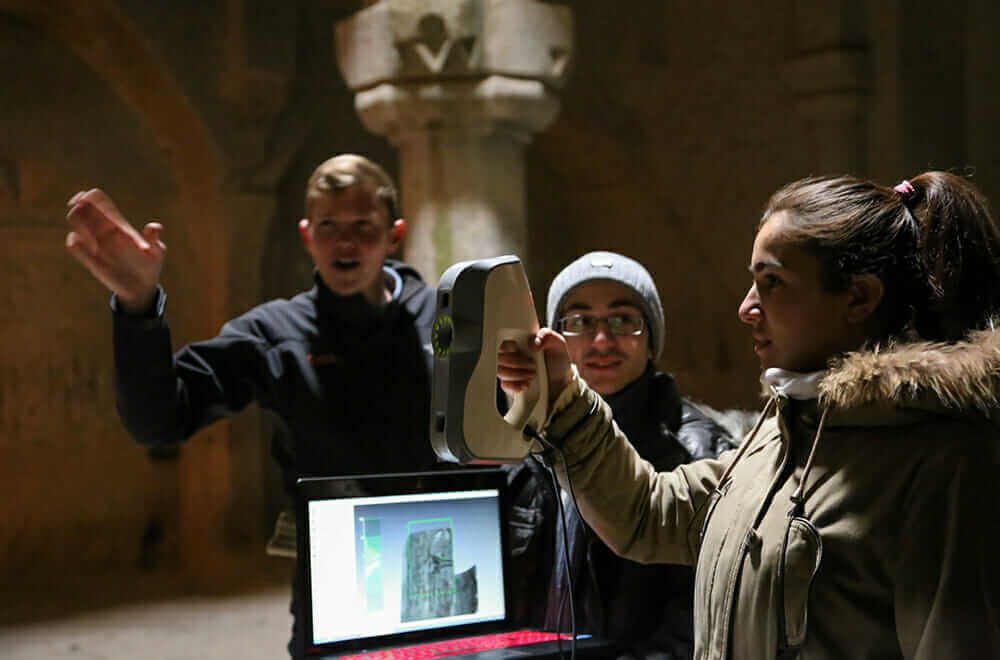 A Moment of Awe

But even when time is precious, these antiquities and what they represent are sometimes too powerful not to stop and take it all in. One time, Davison was leading a training effort in Armenia, teaching a few dozen people to capture a monastery, when the gravity of his surroundings truly hit him.

“We were working on a monastery that was actually carved out of rock, but for the first hour, I was getting a group of high school kids in line and showing them all this stuff,” Davison says. “I was talking about exposures because the inside of the monastery is quite dark, and I was looking around, stopped for a moment and was like, ‘Oh my God, this is incredible.’ It took a hot second, and then I was like, ‘Oh yeah, exposures!’ You really do find yourself being shocked at how amazing these places are every time you go out.”

Lee says the feedback they received about their work, as well as the selection of potential target sites, tell the same story: “These sites hold meaning,” she says. “They’re really powerful symbols of culture and history, and for people who want to rewrite history, the elimination of some of these things is critical to their message. Having this record is so important because it’s a counter to that hate and that rewriting of the narrative.”