Does your company culture encourage employees to speak up?

Can A Culture of Accountability Reduce Failures and Costs?

“Whistleblower” used to be a dirty word in corporate halls of power, evoking images of disgruntled employees in clandestine meetings with government watchdogs. The American Securities and Exchange Commission opened its Office of the Whistleblower in 2011, providing an official avenue for reporting corporate wrongdoing in the financial sector – but what about the business of manufacturing and technology, where more than money is at stake? In the world of mass production, where small unit savings multiplied by tens or hundreds of thousands of units can generate immense cost savings, the temptation to cut corners can be huge. When manufacturing shortcuts, corner-cutting and penny-pinching can put consumer safety at risk, a corporate culture that encourages accountability is an important safeguard against risk.

Quarterly earnings reports are closely scrutinized by market analysts whose reports can have a tremendous effect on corporate finances, influencing stock value and determining access to capital funding. While those quarterly earnings reports can be a bump in the road of known severity, the possible fallout from a product recall, or worse yet, a product failure which leads to loss of life, are like the sudden pothole in the road that appears out of the darkness without warning, knocking the corporate vehicle into a ditch. The short-term cost savings realized by corner-cutting may carry long-term risks: costly product recalls, high-dollar settlement outlays for lawsuits, and downstream losses in market share due to the dilution of customer confidence. The pursuit of short-term profitability can be a hindrance to the longer-term goal of high quality products which engender customer satisfaction. 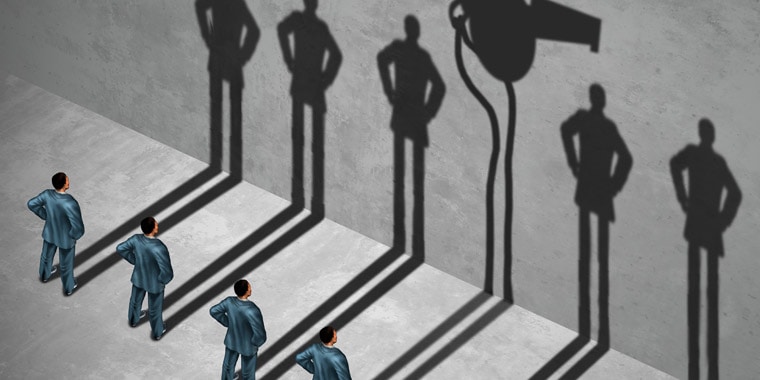 It is not just the financial impacts of a short-term outlook or the active failure to pursue a solution to a known problem that are at issue – the more nebulous question of corporate ethics comes into the picture. A positive approach to product quality, both in the pro-active realm – diligently pursuing quality design and manufacturing practices during product development; or in the reactive realm – responding with positive investigative and corrective action when an unforeseen problem is discovered, may carry an upfront monetary cost, but the rewards that are reaped in terms of consumer confidence and goodwill are intangible benefits that don’t necessarily show up in a profit-and-loss statement.

With the unprecedented access to a public audience that the internet and a vigilant media affords both the conscientious employee and crusading reporters, alarm bells have been sounded more frequently in recent years. A better-informed public is both more receptive to, and on the lookout for, corporate misconduct which compromises product quality in the name of increased profits. In this environment it behooves design and manufacturing companies to pursue a company culture which empowers employees at all levels to make positive contributions to product quality without fear of management backlash.

High-profile examples of product failures abound in recent years. Some have resulted from the active pursuit of lower costs without due regard for consumer safety or industry/government regulations; some have been due to schedule adherence being allowed to take precedence over safety, and others – usually the most egregious examples – the result of deliberate cover-ups of significant, sometimes deadly, product failures.

Three very widely known instances involve major automakers. Very recently Volkswagen was discovered to have intentionally “rigged” the engine control software in their diesel-engine vehicles to be able to detect when the vehicle is being tested for emissions, allowing the engine to run in a low-emissions mode on the machine, but to switch over to a higher-performance but more polluting mode when on the road. Toyota was plagued with bad press for a series of incidents in which stuck accelerator pedals caused serious, and even fatal, accidents – and was censured for downplaying the seriousness of the problems and for attempting to cover up the issue. GM had widely advertised problems with faulty ignition switches which also caused fatal traffic incidents, treated the issue as a public relations problem and denying culpability until a preponderance of evidence forced them to admit to the problems.

All of these cases were expensive in terms of money and company prestige. VW suffered its first quarterly loss in 15 years—a staggering €2.5 billion, as a result of the emissions scandal. Toyota was fined $1.2 billion by the U.S. Department of Justice, with additional losses due to recalls and damage claims, while GM is known to have set aside $625 million to cover damages in the wake of the ignition switch issues. Easily the most high-profile example of a catastrophic failure was the 1986 Challenger Space Shuttle disaster. Millions of people watched as the space shuttle Challenger exploded in mid-air, 73 seconds into its flight, killing all seven persons aboard. An investigation into the incident, which included Nobel Prize-winning physicist Dr. Richard Feynman, concluded that the explosion was caused by the failure of a flexible sealing component between two sections of one of the shuttle’s solid-rocket boosters.

Engineers from Morton-Thiokol, the manufacturer of the boosters, had tried to delay the flight because of fears that the low temperatures on the morning of the launch would adversely affect the seal’s capability to withstand launch conditions. NASA officials, reluctant to compromise the launch schedule, overruled the engineers – and saw their worst nightmares came true less than a minute and a quarter into the flight. Deliberate misconduct, in the case of VW; and design or manufacturing errors, later attempted to be covered up in the case of Toyota and GM; and in the Space Shuttle disaster, management overriding technical experts in order to meet schedule—all these incidents demonstrate various shades of neglect, cover-ups and willful malfeasance. How can a change on company culture help head off problems like these?

More and more, in industries of all kinds, the answer is to create a culture of accountability. Corporate leaders have seen that transparency and employee empowerment are the best ways to solve problems before they occur. Encouraging employees to speak up, without fear of backlash or reprisal, when they identify issues that may result in deficiencies is an important part of this culture. This attitude is also important in encouraging employees who are involved in the design, manufacture, and test of products to examine their own work and speak up when changes are found to be required.

Design engineers or manufacturing personnel might find that a particular design choice hasn’t worked out as well as initially envisioned, but the fear of compromising development or delivery schedules leads them to conceal the issue for fear of “rocking the boat”. In an environment of employee empowerment, those fears would be allayed by the knowledge that doing the job correctly is more important than just hitting schedule milestones, and midstream changes can be pursued before the project progresses further.

In the quest for this type of open, collaborative environment, communication is key. After management has established the ground rules, it is essential that they keep an open channel between themselves and the work force – labor as well as the professional ranks – to ensure that the communication that is so vital to the maintenance of this type of collaborative culture is maintained.

But when – if – a problem is discovered, what then? As important as it is to ensure that problems are identified and corrected, when cost and schedule impacts will be incurred, there is going to be a need for solid proof; say-so and hunches won’t carry the day. This is where accountability comes into the picture.

Identification of a potential problem must be accompanied by proof, solid evidence that backs up the “whistleblower’s” assertions. In a design, manufacturing, or test regime this proof is likely to take the form of measurements, or calculations – some type of confirmable, repeatable hard data. In the modern engineering environment the capability to measure, record, and store design and manufacturing data is an important resource for confirming and presenting data supporting the identification of a design or production issue.

Of course, the proactive prevention of problems before they can impact production, delivery schedules, or worse, surface after delivery, when products are in the hands of consumers, is even better than identifying them after they have occurred. With so much of modern design being facilitated by the use of sophisticated computer-based methods, virtual testing of products and/or processes can winnow out potential problems before the first test article is produced.

Digital models allow the analysis of multiple variable sets, permitting the assessment of load cases, material properties, and environmental conditions – virtually any variable that may be encountered in real-world situations – all without the production of a single hard item. And when it does come time to evaluate an item in hand, 3-D printing is a valuable resource. Taking advantage of all the resources afforded by the digital environment is a reliable means of optimizing designs and processes, and thus controlling costs while minimizing risk – a strong first line of defense against problems cropping up downstream.

A culture of accountability and trust, in which there is no stigma attached to speaking up, in which errors can be corrected, not swept under the rug or ignored, is the best safeguard against risk. Rather than cutting corners, ignoring errors and denying culpability, companies can make use of the many digital, virtual resources that are available to provide assurance and accountability in design, test, and manufacturing, allowing them to control costs and ensure quality in the quest to establish and maintain a competitive edge in the global business environment.

Gary McCormick, Senior Design Engineer, is a mechanical engineer with 35 years of experience in mechanical design, production, and testing with a major American manufacturing company.