How new infrastructure meets the challenge of increased urbanization

Colombia's Medellín is tackling rapid urbanization with infrastructure projects that improve the lives of its most vulnerable communities.

The city of Medellín, Colombia, with the help of public entity Empresa Desarrollo Urbano (EDU), has gone through a great infrastructure transformation. Community, government officials and industry leaders worked together to meet the challenges of rapid urbanization by leveraging technology. Through the use of InfraWorks, Revit and Civil 3D, EDU analyzed real-world data, and created context models that could be accessed in the field to make real-time decisions, improving access to housing and increasing safety in a community prone to landslides.

The theme for this year's Infrastructure Week was Let's Build For Tomorrow. Starting Now." It's a motto that many cities and regions around the world are taking to heart and Medellín, Colombia, is perhaps the best example of a city planning for a better tomorrow.

Tucked away in the Andes Mountains, Medellín is propelling itself into another urban transformation. Tourism has increased by almost 20% in recent years, due to Hollywood's obsession with drug lord Pablo Escobar and some of the most innovative infrastructure projects in the world. Surprisingly, the two are not unrelated.

Medellín was long known as one of the most violent cities in the world. But an onset of political rejuvenation and spiraling concerns about climate change are influencing the greatest infrastructure transformation the city has ever seen.

While its residents were still reeling from the disintegration of major drug cartels in the mid-1990s, the city started building bridges and a gondola lift system that connects low income neighborhoods to those of economic vitality. Former mayor Sergio Fajardo championed modern architecture in the city's poorest neighborhoods.

"Architecture sends an important political message," Fajardo said. "When you go to the poorest neighborhood and build the city's most beautiful building, that gives a sense of dignity." 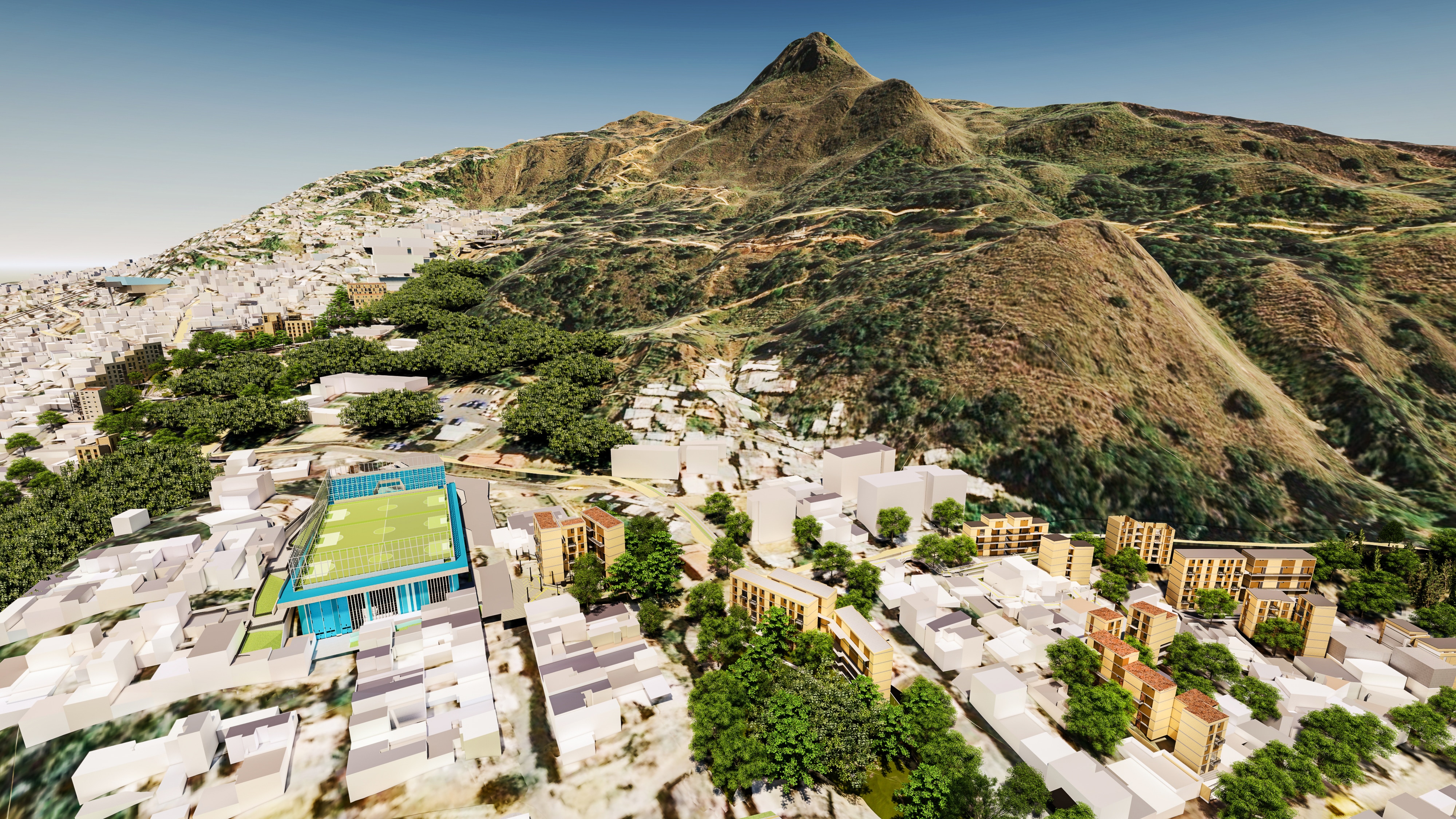 With global population estimates reaching close to 10 billion by 2050, today's cities can expect more challenges due to population growth. Cities like Medellín face pressures such as increased urbanization, unauthorized settlements and the depletion of natural resources.

Many of Medellín's residents are displaced due to violence and they occupy vulnerable areas. It's not uncommon for these residents to improvise housing with wood, scrap metal and other materials readily available. The city's biggest challenge is that these communities lack construction knowledge, and without dependable infrastructure, they're in danger of landslides.

In an effort to increase safety, urban developers conducted a mitigation analysis of new projects to gauge risk, resolve and overcome technical problems, and determine if residents can really live in such vulnerable areas.

"We use these tools to save money and time. They help us envision problems, which ultimately benefit these projects and the communities," Palacios said. "We've focused on using new technology and will continue to move forward, facing the fourth revolution where Medellín is central to Latin America and the world."

At the same time, BIM adoption is spreading beyond the government level. With the help of public entity, the Empresa Desarrollo Urbano de Medellín (EDU), residents are able to contribute to the planning of new infrastructure such as improvements to transportation, sanitation, and community spaces. And to get the job done, EDU uses Building Information Modeling (BIM) tools to plan safer communities for those residents.

EDU uses InfraWorks gather real-world data that helps create context models, which are used from stakeholder meetings to design to Medellín's construction sites. EDU is also using Autodesk tools to integrate databases. Revit and Civil 3D help create large surface models, and because InfraWorks models can be easily accessed in the field, EDU was able to make better decisions on the spot.

"Many of us build on crumbled areas, or in areas that are high risk," she said. "The new houses provide us all with more safety."

Edgardo Martinez, commercial director for water and sanitation at EPM, said that the city's existing infrastructure does not accommodate much of Medellín's population living on the hillsides in close proximity to gorges and the Medellín River.

"We are working very closely in the planning, remodeling, design and construction of these networks in parallel to the infrastructure that EDU is building," Martinez said. "This brings a transformation not only to the area but to housing and daily life for people who've had no services. Now, they'll have good parameters for continuity and quality."

According to Martinez, the work behind these improvements in urban development is driven by Autodesk software. These tools enable Martinez and other engineers to prioritize from planning to construction when making improvements, such as installing plumbing into the homes of residents that live within the hillsides. 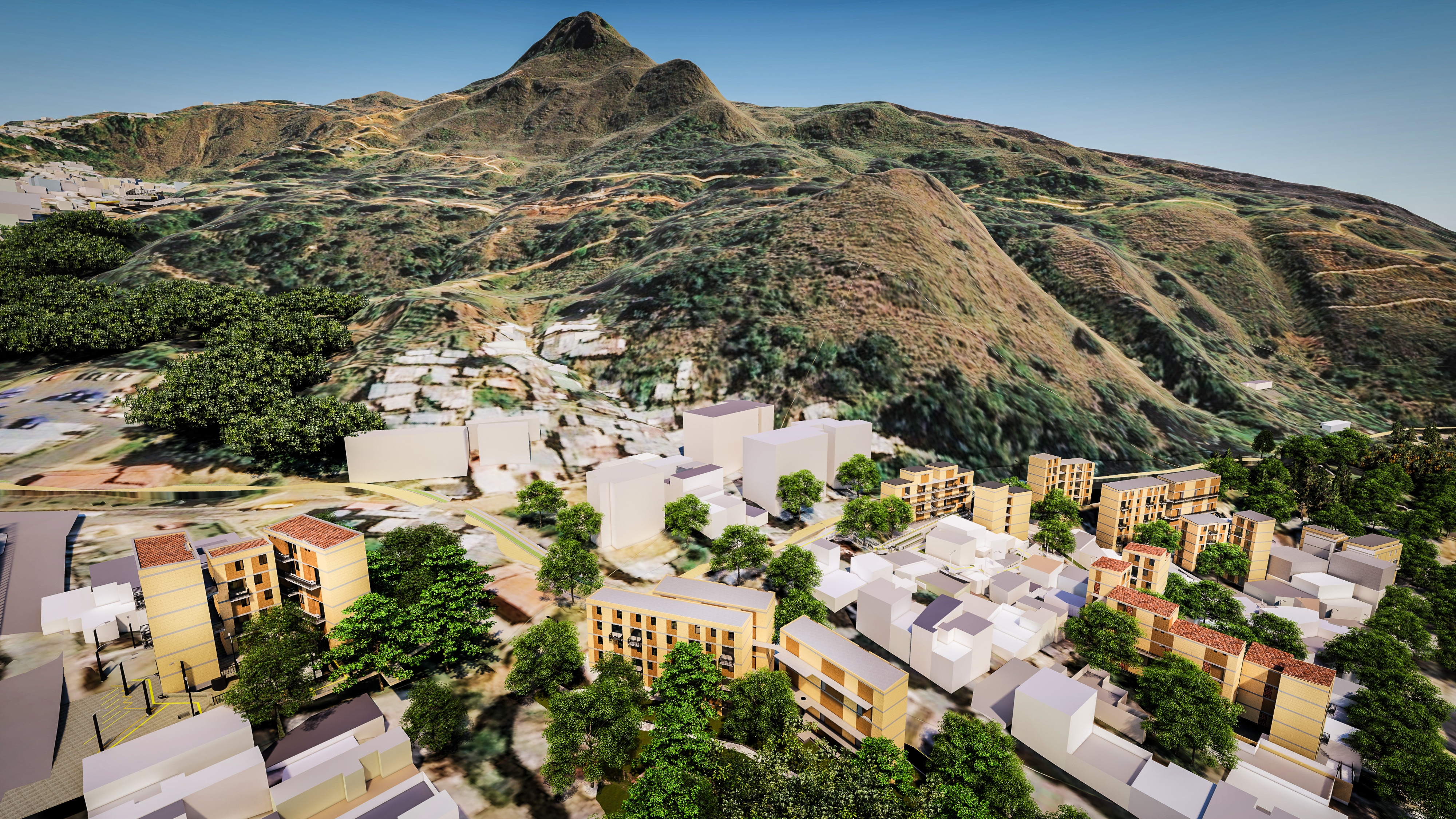 Using technology in social infrastructure design is not only saving money and time, it's providing communities with safety. With Medellín's ambition to reduce violence, increase housing and improve health conditions all through infrastructure it's doing more than building for tomorrow," it's demonstrating what tomorrow should be.

Find out more about InfraWorks and Autodesk's AEC Collection.

We use these tools to save money and time. They help us envision problems, which ultimately benefit these projects and the communities. We've focused on using new technology and will continue to move forward, facing the fourth revolution where Medellín is central to Latin America and the world.