Even with the best-laid plans, there’s some assembly required–just ask Josh Mowry. Using AutoCAD, he’s not only able to draw how parts and pieces of cabinets, desks, and other millworks fit together, but also see where they do not and correct them. But, Mowry admits, “Five years ago, I had no idea that I would do woodwork with it.”

Josh Mowry is an architectural millwork draftsman running his own business, DesignsByJCM, in Harrisburg, Pennsylvania. Unlike stock millwork, Mowry’s work is custom-produced for individuals or individual building projects, starting from an architect’s floor plan and section drawing.

Mowry was first made aware of AutoCAD by his stepdad, a mechanical engineer, and jumped at the chance during high school to use the software himself. “It was the first year that they were offering those classes, and I thought, ‘Hey, I've heard about that before. I’ll try it out,’” Mowry says. All it took was a couple of classes before he was hooked. “I really enjoyed it, so I furthered my education and went to ITT Tech specifically to use AutoCAD.” 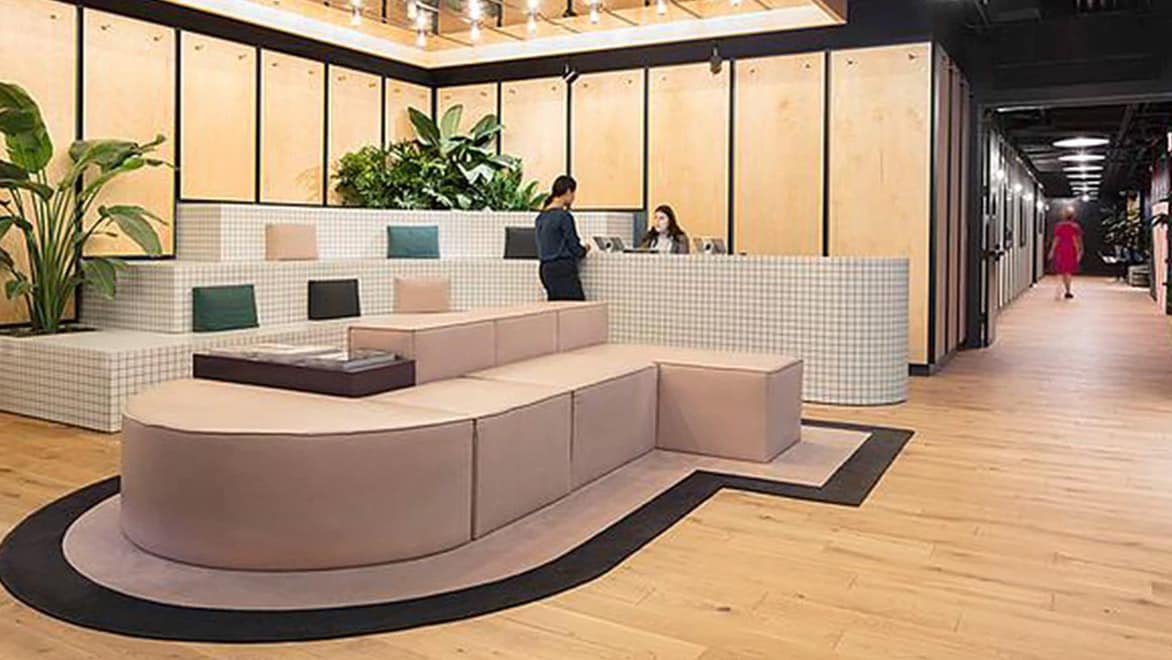 Thanks to an acquaintance in the woodworking industry, Mowry got his first job using AutoCAD to produce 2D blueprints. “They were looking for someone who knows how to use AutoCAD, so I got a job there and started building cabinets and learning the woodworking part of it, and then eventually they just kind of molded together.”

On a typical project, Mowry receives architectural drawings for the entire construction plan from his client. He then imports the PDF of the architect’s floor plan and turns it into a line drawing. “I scale the drawing with AutoCAD, and then get my square footage off of there for things like base and crown molding,” Mowry says. “Using paper plans is very tedious—you can make a mistake looking back and forth from paper plans on your desk to your computer.” After creating a shop drawing of all the finished carpentry and millwork parts of the job, he submits them to the architect for approval. 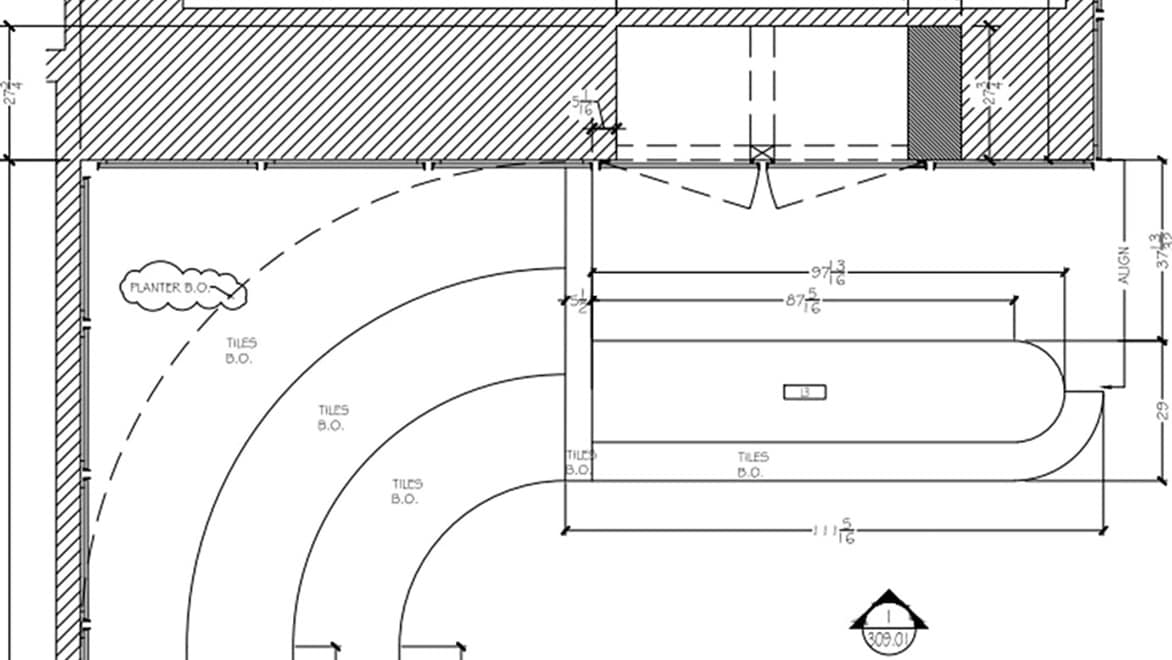 AutoCAD drawing of a reception desk and lobby seating area. Courtesy of DesignsByJCM.

However, the millwork design itself isn’t ever that simple. During the shop-drawing submittal process, AutoCAD plays another critical role. “The drawings from the architect will usually have a contradiction between the sections and the floor plan. Laying it out in model space in AutoCAD—looking at everything all in one shot, as opposed to different pages like you would see on an architect drawing—exposes the problems between the different views.”

Another common challenge of Mowry’s job is keeping a design practical, especially for desks, which can be tricky to ship. “The architect will provide an outside picture of the desk. It’s a nice desk, but you’d never be able to ship it or install it or build it the way that it was suggested, so breaking it down in AutoCAD is a big help,” he says. In those cases, the desks are often packed and shipped in segments and adjoined on-site without a traceable seam in sight. 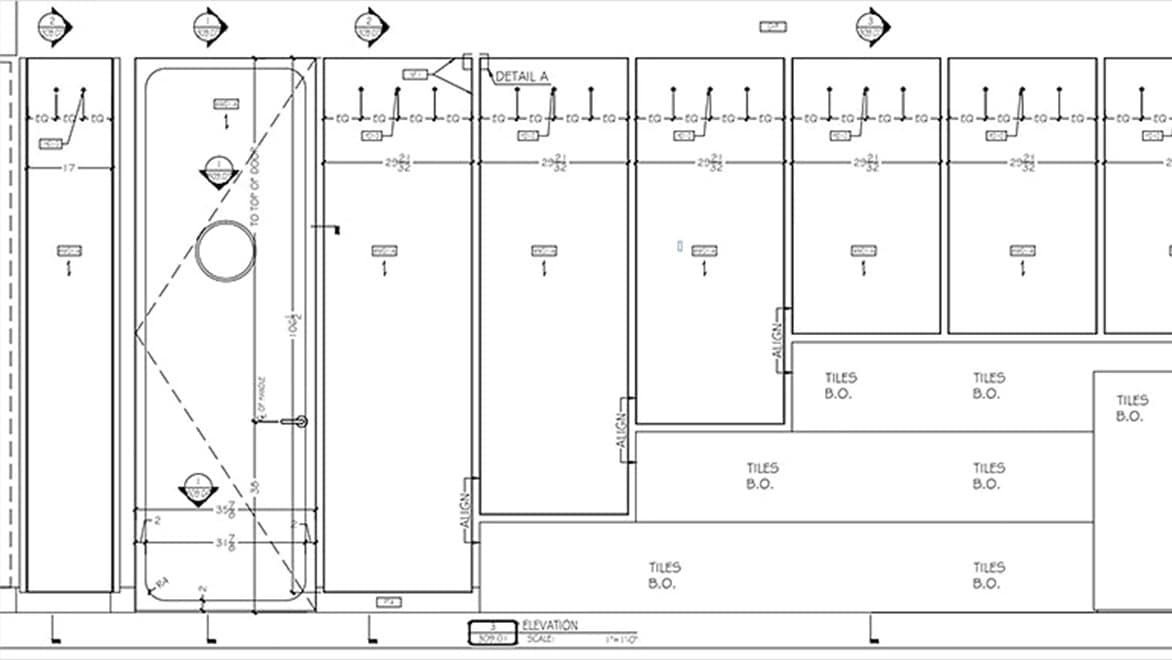 Mowry also has a lot of custom cabinetry projects, and he uses AutoCAD to measure each part and piece to be built and numbers everything on the drawing before handing it off to a carpenter to build. His projects have ranged from single-family kitchen remodels to 15-floor luxury apartments. And for that kind of volume, AutoCAD is a real time-saver. “Dynamic blocks speed up the job considerably,” Mowry says. “Instead of drawing a cabinet from scratch every time, I can take this dynamic block and stretch it to the right size and change the different features about it.” The drawing automatically adjusts as changes are made. “It becomes a smart drawing,” he says.

“There’s always something to learn with AutoCAD. I’ve been doing it for five years, but I still learn something new all the time.”

Learning on the job—and from the community

While most people choose their profession by industry and proceed to pick up the requisite skills along the way, Mowry’s career path was led by AutoCAD skills that paved the way to his self-employment. “But I don’t think enough people take advantage of it or really think about it and end up working jobs that don’t pay nearly as well. Drawing and drafting in AutoCAD is really not an overly complicated thing to learn how to do,” he says. 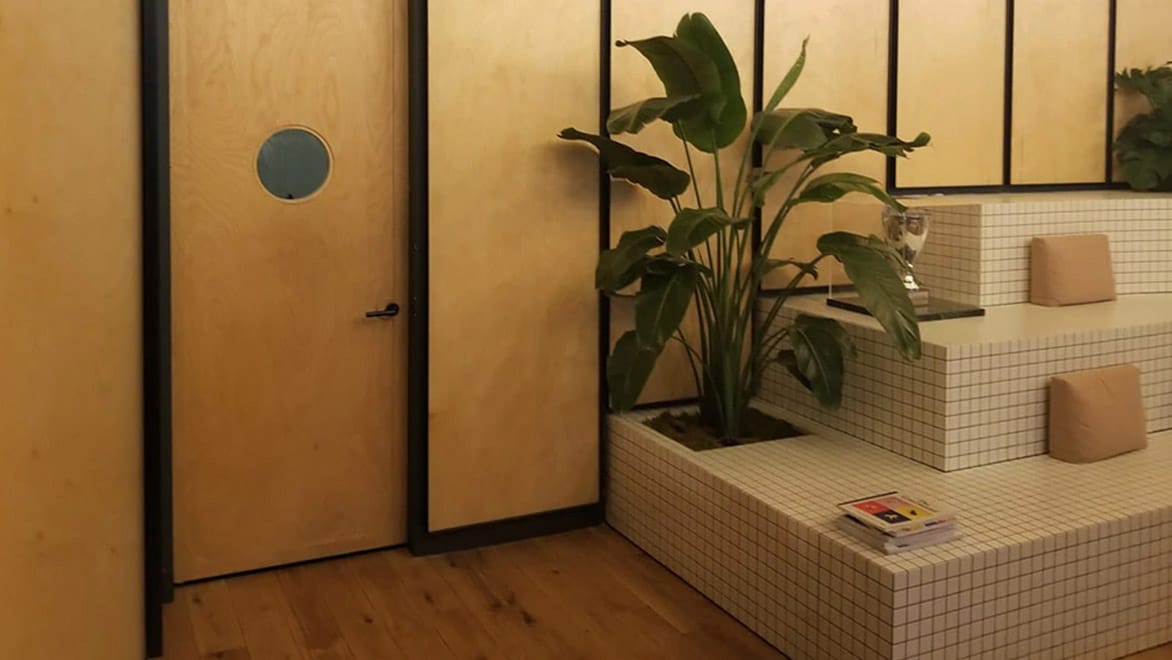 In addition to learning new tricks while using AutoCAD software, Mowry also learns from other users on the Autodesk Forums. “I’m a pretty active member on there,” he says. “You can see other people’s problems get solved, and then you’ll find yourself in a similar situation a few days later. Most of what I learn is on the forums just from the community talking back and forth.”

In using the software, Mowry emphasizes the importance of keeping things organized and simplified. “Having a different layer for each element—a wall, your base, and cabinets—you can select them individually and turn them on and off, which helps avoid sloppiness,” he says. To quicken the work pace, Mowry also recommends using custom tool palettes. “Instead of the ribbon that displays all of the commands—and most of them you don't end up using–the tool palette shows just the commands that you use most often.”

While Mowry uses AutoCAD for millwork, he likes the idea that he could pivot into other industries without having to learn a new software. “There are a lot of other programs just for drawing cabinets and such, that are similar to AutoCAD, but they’re less versatile,” he says. “Sometimes we need to collaborate with plumbing or electrical, and with a cabinet-specific program, and you wouldn’t really have the ability to do that as much using another program.”