For Australian lighting designer Luke Bonner, AutoCAD was his secret to creating one of Kuwait’s most anticipated stage play productions that occurs during the Islamic Eid holidays, Eid al-Fitr and Eid al-Adha. Using AutoCAD, Bonner was able to seamlessly collaborate with a new, multinational team of an architect, set designers, lighting technicians, and stage managers.

Transitioning from live sound to lighting

Initially a live-sound engineer, Luke Bonner began doing lighting nearly 20 years ago. He was already two years into his new career when he travelled from his native Australia to Dubai for a job, where he was first introduced to drafting software. “One of the full-time draftsmen there asked if anyone wanted to learn AutoCAD to take the stage design to the next level,” he says. “And out of the eight people who started, I was the only one who finished learning.”

A decade later, while returning to Melbourne, Australia from Frankfurt, Germany, Bonner passed through Dubai and met up with a former coworker. “He said, ‘Yeah, my brother’s looking for a lighting designer for a stage-show production in Kuwait,’” Bonner says. The stage-show, had been commissioned by Kuwait’s leading mobile operator, Zain, to debut during the Islamic Eid holidays, Eid al-Fitr and Eid al-Adha.The story of the play, written by Hiba Hamada, was inspired by the American Pixar film Toy Story and executive produced by Kuwaiti entrepreneur May El Saleh for Zain’s first-ever Eid holiday theater show entitled Zain Play. 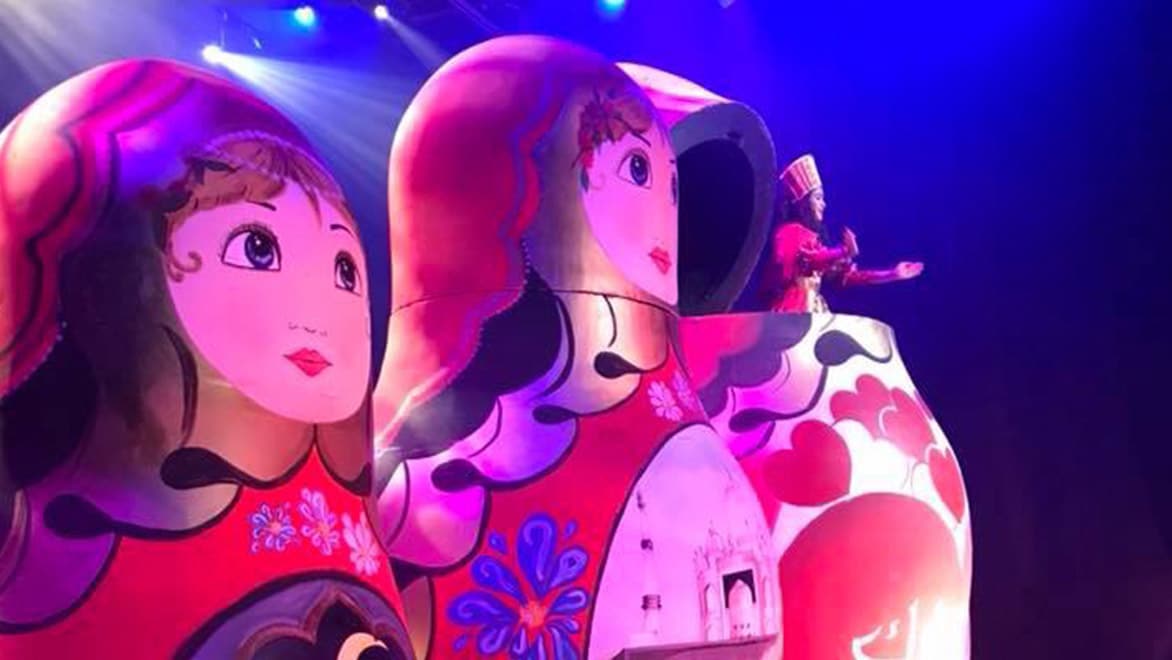 Bonner reached out to director Samir Abdel Massih, who sent Bonner a translated script, CAD files, and the scenic elements from the set architect, and asked if he could design the lighting elements. “The reason why AutoCAD was used on this particular project was—it wasn’t just about the lighting—there was a lot of set pieces and set designs and props that were being drawn already or designed in AutoCAD,” Bonner says. “And there was a lot of movement on stage, so AutoCAD allowed us to design around the venue.”

Planning and dimensioning set design for a smooth showtime

At the time, Bonner had just started his own design company—specializing in architectural, event, and infrastructural lighting-design projects—called Curiome. “Because I was on my own now, I really wanted to make sure that it was going to be as good as it could be with no errors, so that next year, they pick up the phone again and give me a call.” For Bonner, that meant extensive pre-production planning of where to place the lighting—upstage, downstage, from the floor, side, and front—to create the appropriate look and mood for each scene. “If you don’t get it right, if you put a dozen or two lights in the wrong place, you know that it’s going to take several hours for people to make those changes” he says. “So you really want to plan it properly.” 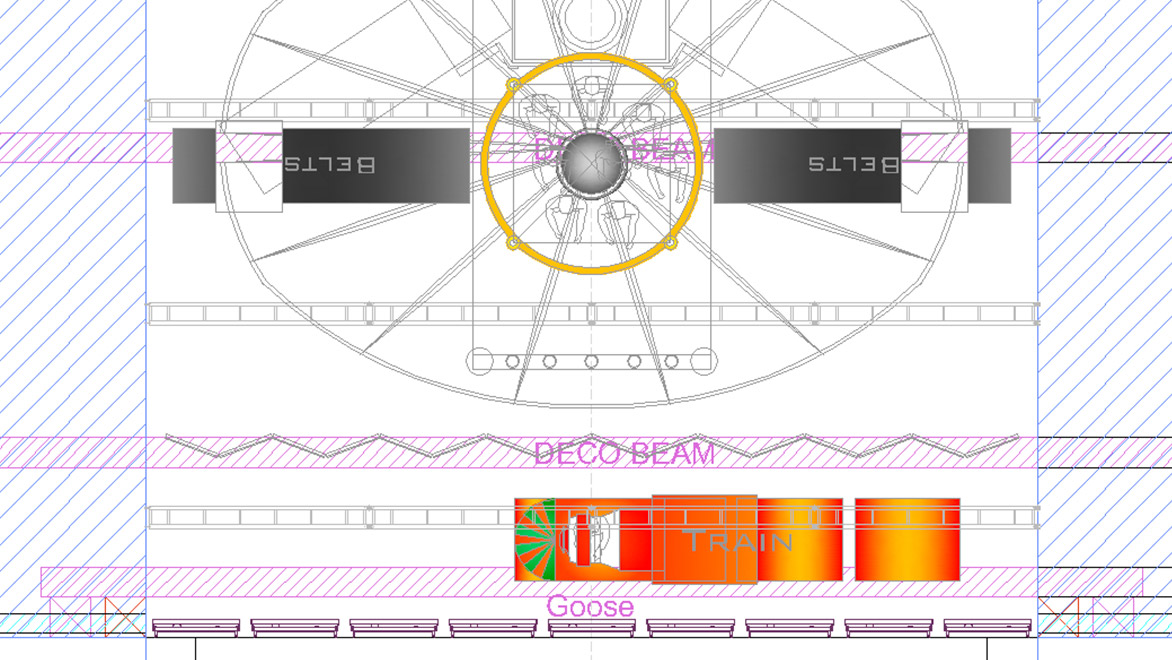 A DWF file of markups for Zain Play. Courtesy of Luke Bonner.

By the time Bonner was boarding his flight to Kuwait, he says his plan was 95% completed—all by using AutoCAD. “AutoCAD was great for planning and dimensioning, to show anyone within the production to see where the proposed lighting would go–including the structures from which the light were to hang from–with precision,” Bonner says.

In Kuwait, the pressure was quickly mounting. “Many in our audience are accustomed to Broadway and London theater plays,” says Michelle Abdo, production designer for the show. “The challenge is undeniably to surpass their expectations year after year, be it in the lighting, the décor, costume design, or the staging.” By the final revision, the lighting drawings included control information, such as IDs and addresses, which made it easy for the lighting technicians to hang lights.

Using AutoCAD, Bonner was confident in the process, as he was figuring out where trusses were going to fit without causing collisions with other set-design elements. “The advantage of using AutoCAD was that you’ve got several people who could work on their own discipline,” he says. “The set architect, the stage manager, the producer could all see what was going on.” In all, lighting setup took two full days and about four to five days of programming lighting scenes around rehearsals. 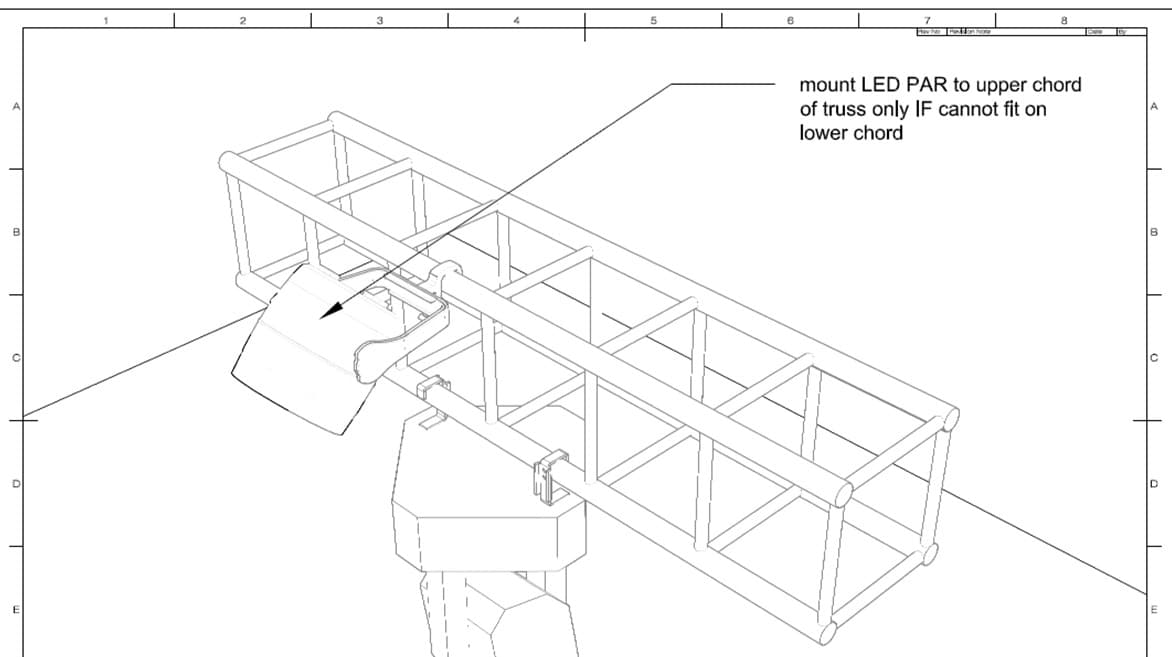 Bonner and the team spent days watching and recording rehearsals to adjust the lighting until it was perfectly timed with the stage play. In his experience, this is where using AutoCAD in the planning phase makes the biggest difference. “What I generally would do is create a whole bunch of blocks, with attributes for whatever company I happened to be working for,” Bonner says. “Then if I ever freelanced for them again, I know that I have all my blocks there. I can put in the details about the lights that a technician would need, and then build the show or production. It would say such things as the address of the light and the fixture ID of the light as well. By doing that, it speeds up the process.”

To make his work even more efficient, Bonner recommends using custom LISPs, AutoCAD’s inbuilt procedural programming language. “I've found a lot of LISPs in AutoCAD share groups and LISP groups, and it makes it even faster than before. For example, you could put a truss, then put blocks at either end. Then using a LISP

Another shortcut feature that Bonner appreciates about AutoCAD is custom count value. “You could set the first number at one, and then have it added, depending on the number of addresses the light would use,” he says. “So if it used 15, the next click that you would make would automatically start at 16. Otherwise, it would probably add another 10 or 20 minutes to the process to go around and edit all the attributes, using a text, not the attributes in the block.” 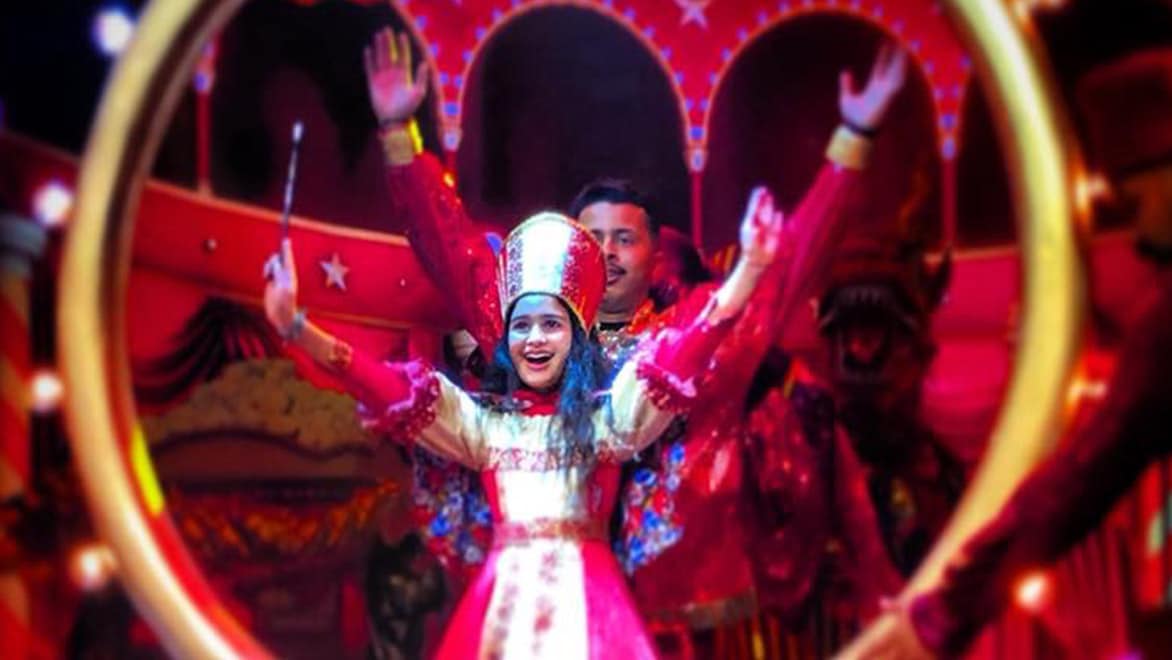 Ultimately, what all these features amount to for Bonner is convenience. “With AutoCAD you can do everything a number of different ways,” he says.

In the seven years since debuting, Zain Play is now a highly anticipated annual show and the only theatre production that runs more than 10 consecutive days during the Eid holidays. “Last year, we broke our record by reaching 31 shows—a full house with approximately 1,250 seats in the theater,” Abdo says.