Replacing a 100-year-old sewage network in Rio with BIM

Find out more about BIM for Plant Design

The Brazilian army and the environmental legacy of the Rio Olympics

Rio de Janeiro was one of the first three cities in the world to build a sewer system to transport human waste and stormwater to nearby rivers and streams. Today, the 100-year-old underground sewage network in the city's Military District is getting a much-needed face lift. The system's old age and the neighborhood’s expansion have caused major flooding and sewage overflow problems in the district, which houses 43 military installations. They were built before the First World War with a combined pipe sewer system to channel waste and stormwater into nearby rivers. The Brazilian Army is replacing it with a system that distributes wastewater and stormwater in separate pipes.

Replacing a 100-year-old sewage network in Rio with BIM

The project was born in 2016, when preparations for the impending Olympic Games turned the city's sewage into a hotly-debated topic and catapulted the notion of sustainable environmental management to the forefront. Despite facing many challenges, the planners made great strides in sustainable design and measurable results. 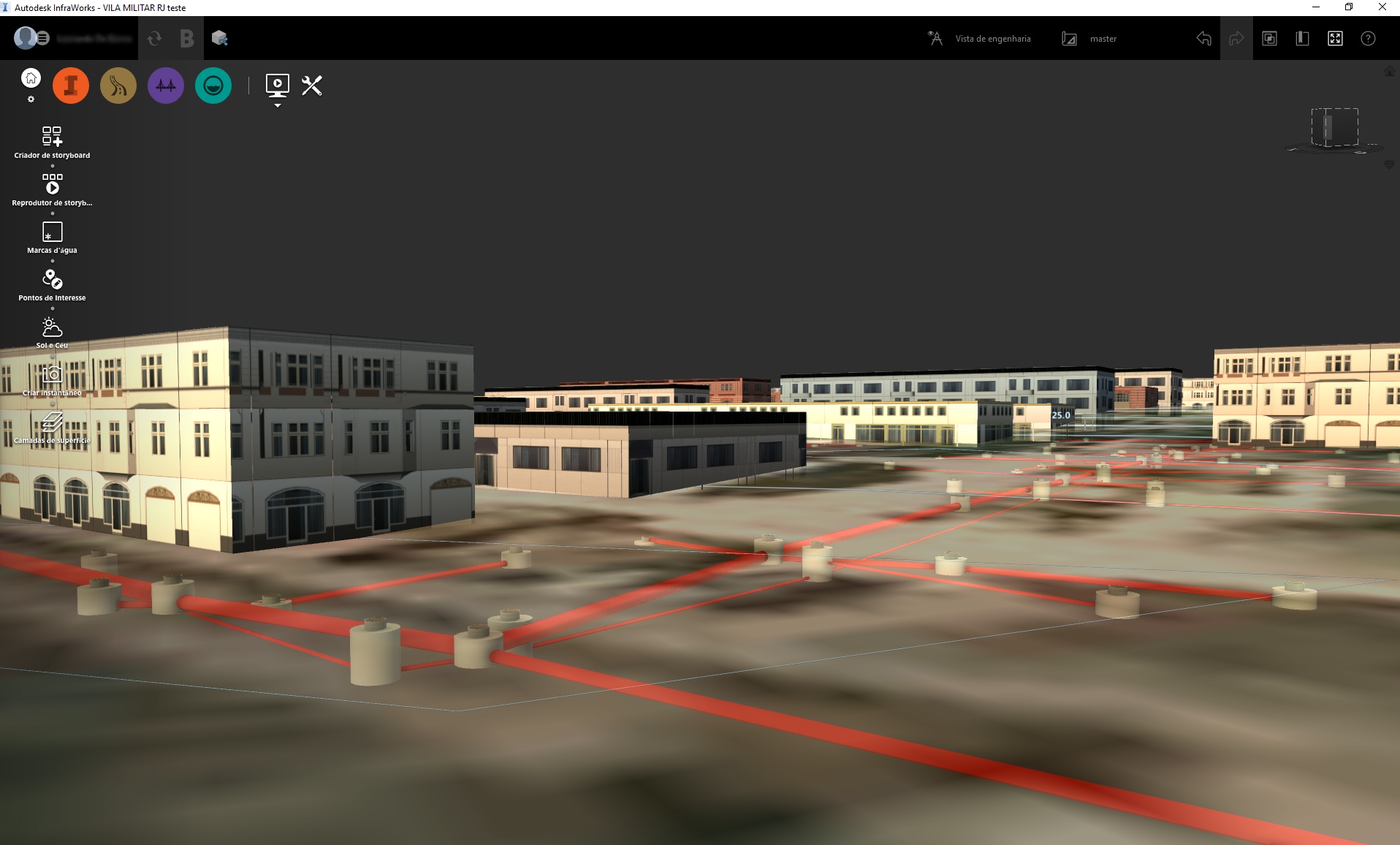 The project planners' mission was to upgrade the district's sewage network without interrupting the military operations in the district and leaving the existing surfaces as intact as possible. The engineers had to avoid interference with the old pipes, and they needed a plan to install the new sewer and stormwater pipes in the same trenches without touching each other.

The legacy from the Rio Olympics compelled the team to drive sustainable environmental management by lowering excavation volumes and using digital models to optimize the design. In addition, the project had to come together in a short time frame: It is scheduled to be completed by the end of 2020.

The design team tackled these challenges by creating a digital terrain model for each installation. Basing their design on detailed overviews and underground system plans, the team imported land surveying data to Autodesk's Civil 3D software, which allowed the engineers to analyze the water discharge points and flow rates for separate stormwater and sewage pipes.

The project planners additionally used Civil 3D add-in Storm and Sanitary Analysis to determine the water flow rates pre-dimension in each catchment and to analyze water flow inside the pipes. 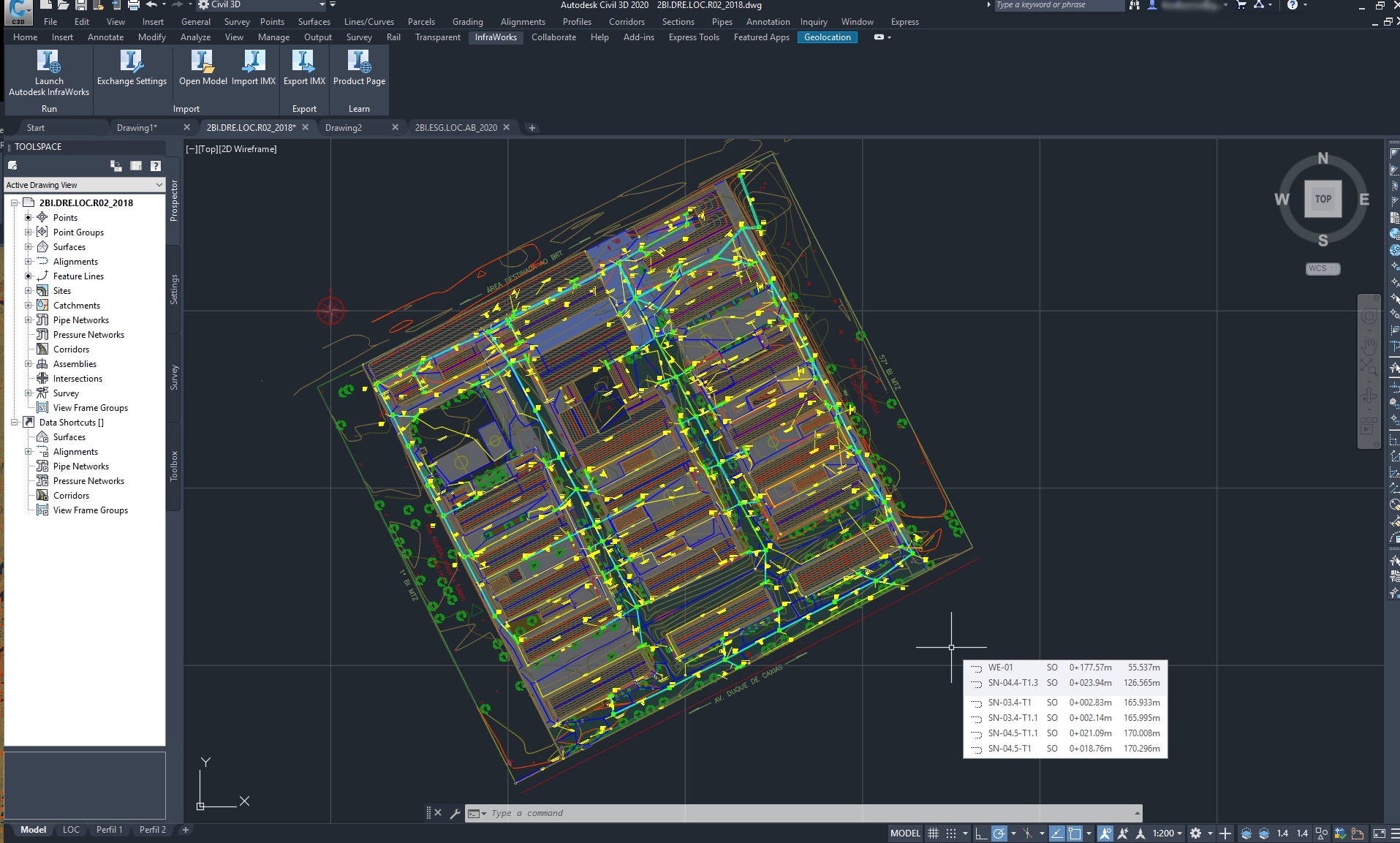 “It is a powerful visualization tool for water flow behavior," says Halan Oliveira, Design Engineer for the Brazilian Army.

A 3D visualization of existing electric, gas, and old sewer networks were created in Civil 3D, using the interference check to help them identify problems between the systems and adjust the pipe placements quickly.

The project planners also leveraged BIM tools such as Civil 3D, AutoCAD and InfraWorks to improve collaboration and set up a linear workflow. Any changes to the original model by the topographic team, for example, would promptly be seen by the design engineers, allowing them to adjust the sewer systems to accommodate the changes without costly delays.

Oliveira compared this project to a previous undertaking without BIM, pointing out that the current project's budget is 40% less costly and also requires 50% less excavation volume, even though it uses more expensive but more efficient HDPE pipes instead of commonly used concrete pipes.

Autodesk software allowed a refinement in such a way that the graphical representation got as close as possible to reality, showing flooding areas and discharge points, which allowed the design team to identify hydraulic length in each catchment. With this level of detail, it is possible to provide a cheaper and more accurate budget, while saving public money.

With at least 15 of the 43 military installations already completed, using BIM tools in the design, the Brazilian Army has saved about US $5 million, with a total saving of US $15 million expected by the completion of the project in 2020.

The Brazilian Army also succeeded in another goal connected to the legacy of the Olympics: To clean up the rivers surrounding the Military District of Rio de Janeiro. The new infrastructure will eliminate 100 L/s of raw sewage spilling into rivers in the area and will finally put a stop to floods on military installations. 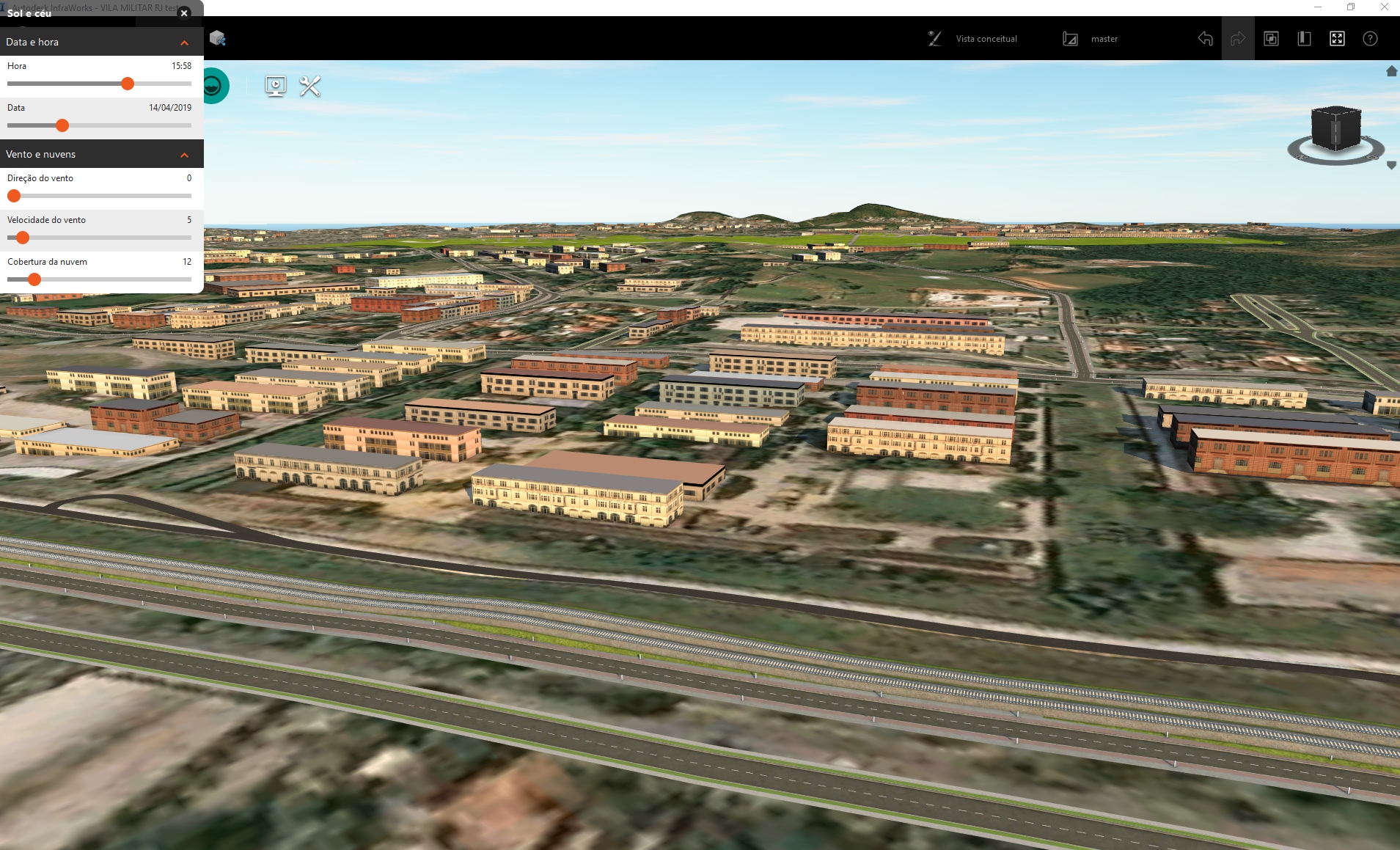 In the end, not only did the project help the Brazilian Army solve their sewage issues with minimal impact to the Military District's operations and surfaces, but it also proved that BIM tools are a major boon for citizens and stakeholders when it comes to infrastructure projects.

The $20 million project was a finalist at this year's AEC 2019 Excellence Awards for Infrastructure Design — small project.

- Using Autodesk BIM tools helped the Brazilian Army save an expected $15 million for the entire project.

- Even with the use of more expensive pipes, BIM helped to cut the budget by 40% and excavation volumes by 50% when compared to a similar project that was done without BIM.

Read more about the project on Redshift by Autodesk

Find out more about BIM for Plant Design