When international fast food companies and national retailers need help with a rebranding effort, they often turn to the Chesapeake Design Group (CDG). But while the Baltimore-based firm has just 20 employees, with the help of AutoCAD 360, its business is anything but small. 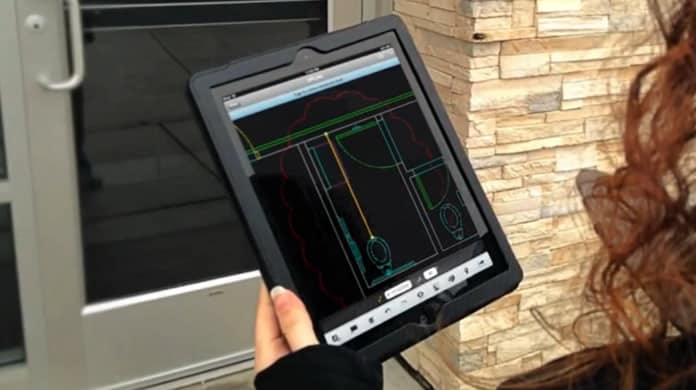 Jim LaPier, a designer and IT manager at the firm, says AutoCAD 360 helps his team accomplish what a large firm could do but with a much smaller workforce.

“What used to take us days of communication, back and forth, and lag time is now taking us just hours and minutes,” he says.

LaPier says that he and his colleagues were inspired to try AutoCAD 360 because they like being at the forefront of technology. In the 1980s, owner Robert Goldman saw AutoCAD and recognized its potential in the commercial architecture environment. Over the years they have stayed a step ahead by creatively using the customizable programming areas of AutoCAD.

CDG brought that technology into the field with laptops, but found the laptops cumbersome to carry around.

“When the iPad came out, it was an obvious choice,” LaPier says.

To LaPier and his colleagues, using the iPad in conjunction with AutoCAD 360 was another potential way to use technology to multiply productivity. With AutoCAD 360, they no longer had to rely on .pdf and .tiff files on the iPad—they could interact directly with a CAD drawing.

LaPier points to several features of AutoCAD 360 that help his firm get the job done.

“With Design Feed, we can take photos, tag them in the AutoCAD drawing, and get them back to the office that much quicker,” he says.

LaPier also emphasizes the value of the GPS function, which enables users to attach a specific location to each photograph.

“Being able to actually know where a photograph or a drawing markup is is really great,” LaPier says. “The draftsman gets the chance to almost be in the field even when they’re not there.”

At the end of the day, LaPier says that AutoCAD 360 saves time, makes communication easier, and eliminates room for error.

“It's changed the way we’ve thought about site visits,” LaPier says. “We’re getting so much more value out of each site visit because the info is more useful and accurate.”